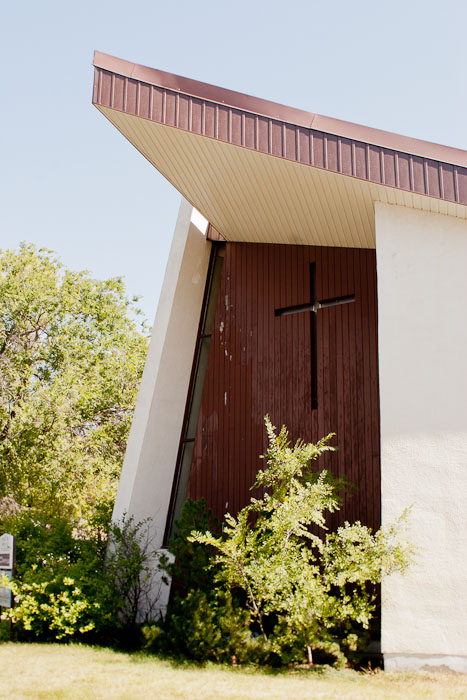 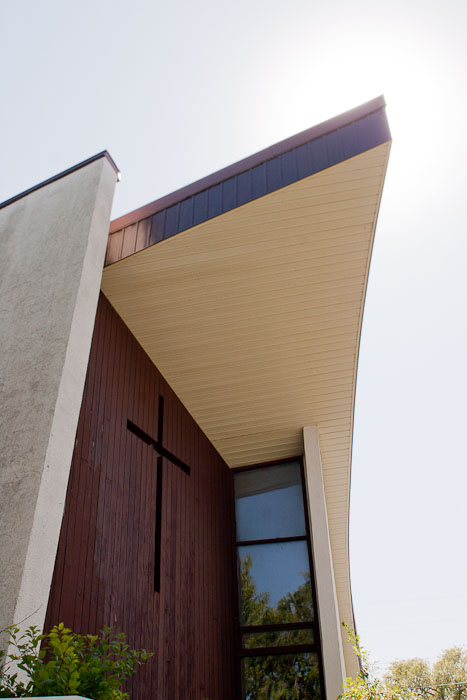 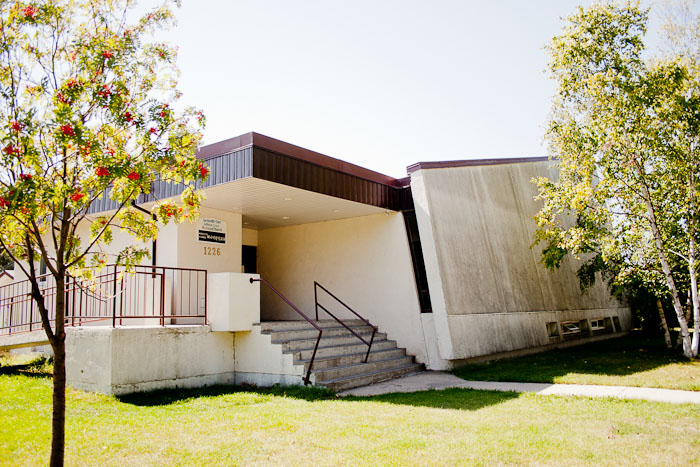 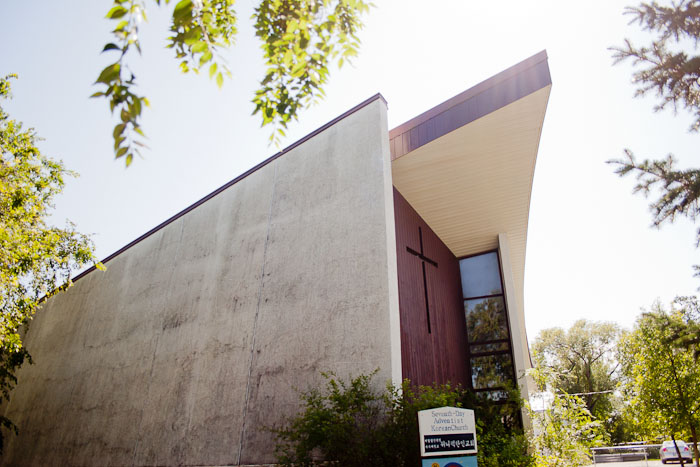 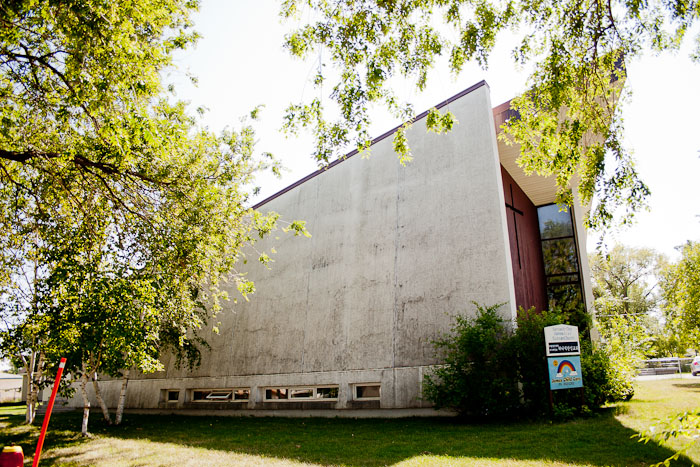 A striking assemblage of curving and angular stucco-clad walls, 1226 Waller Avenue was built to house Donnelly United Church. The building's principal designer was Peter Holthausen, then at the firm of Moody Moore and Partners.