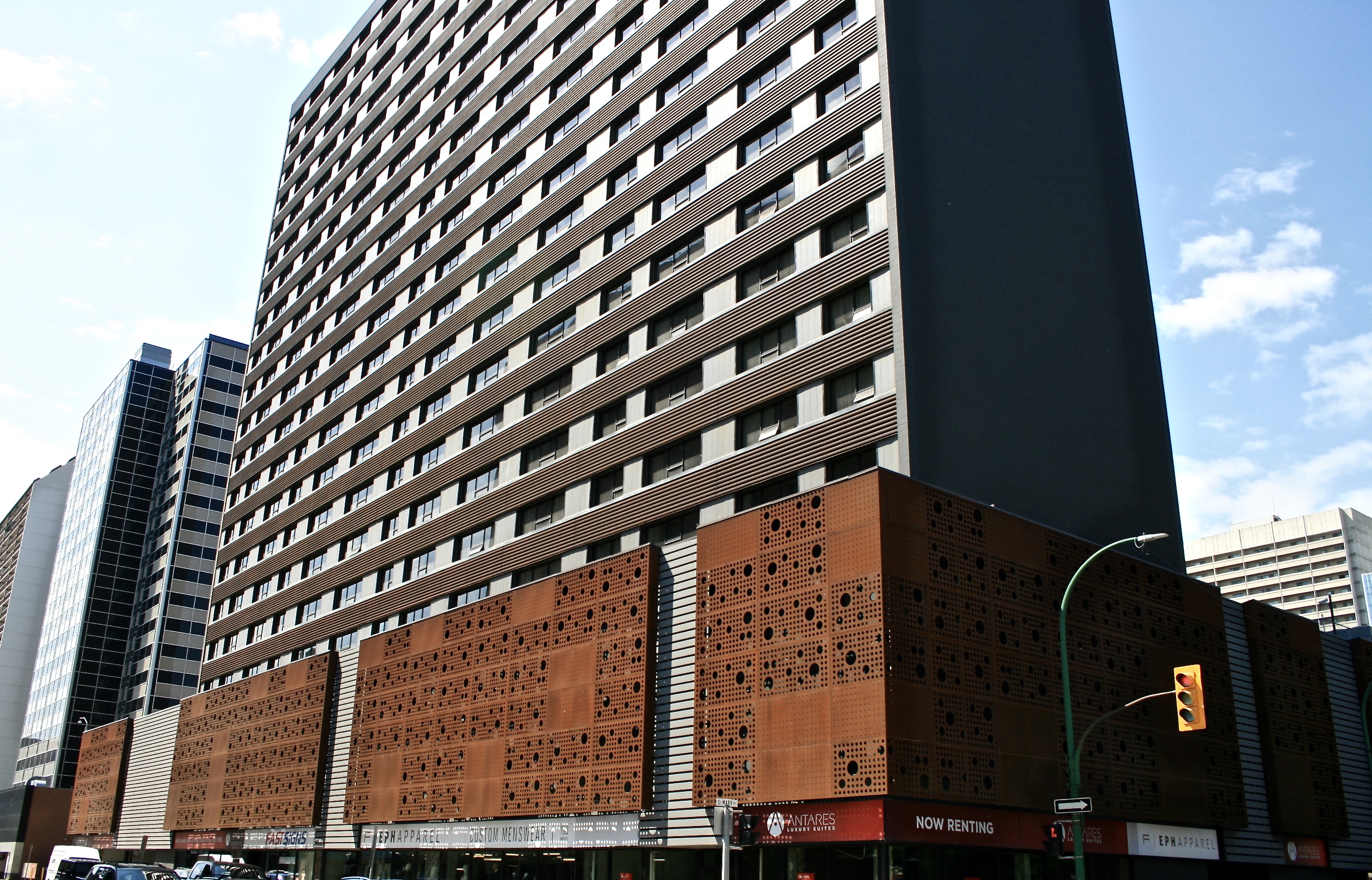 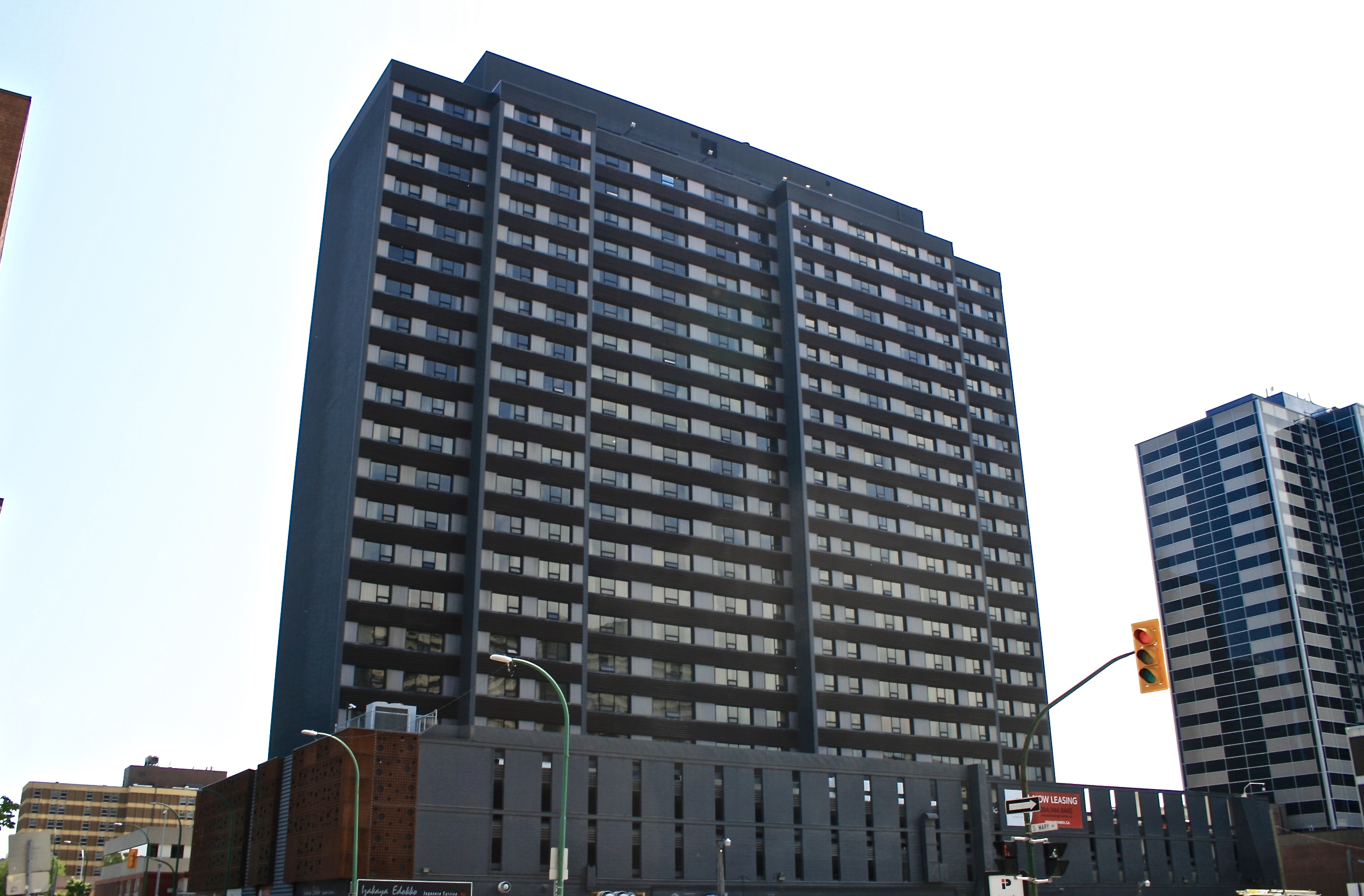 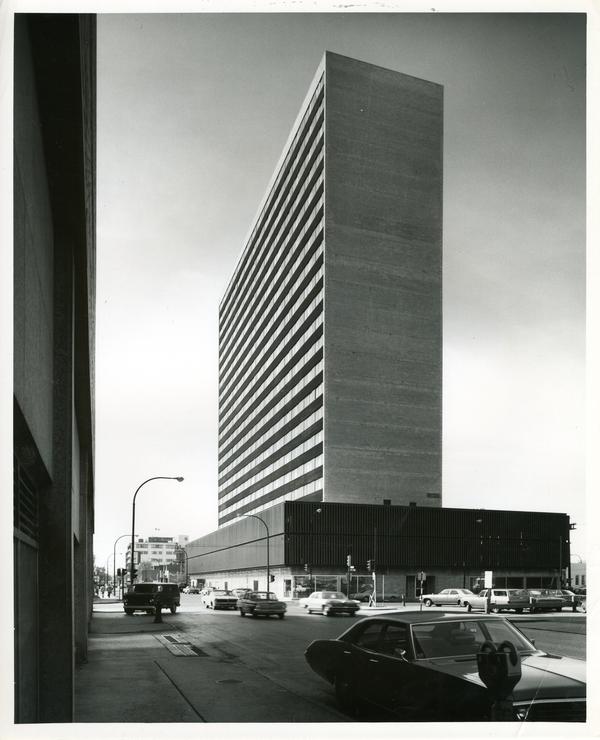 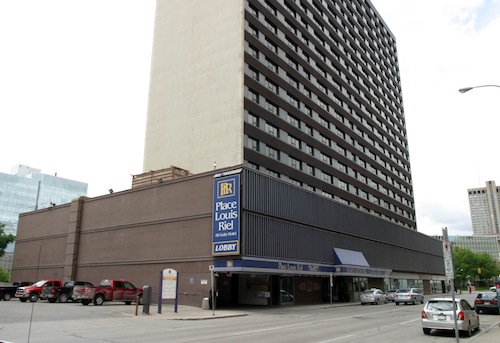 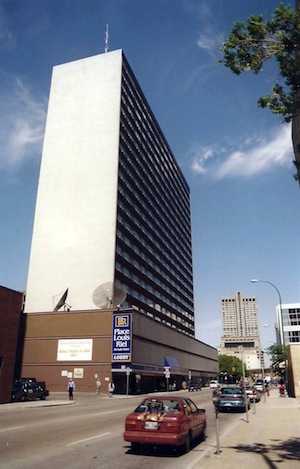 Designed by Libling Michener and Associates, 190 Smith Street was constructed in 1969 - 1970 as an upscale apartment building. Marking the 100th anniversary of Manitoba’s entrance into Confederation, the twenty-two storey tall, lean profile of Place Louis Riel was named to commemorate Louis Riel’s role in the formation of the province of Manitoba in 1870.

Place Louis Riel was designed to be a luxury apartment building, most suites renting on a lease basis with the balance of the rooms available through the hotel. Conversion of the building into a hotel took place in the 1980s, though longer-term rental suites remained as well.

As a high-rise apartment tower, 190 Smith Street represents a common architectural type erected in Canada's post-war decades. The building's concrete construction and streamlined exterior aesthetic is a familiar manifestation of the form, speaking to the modernist character of this genre of building and this tower in particular. The structure also fits with the tendency for the larger examples of such buildings to have a sense of a city-within-a-city, with a number of amenities (including shops) included in the building's program. The tower's design is characterized by a side-walk abutting lower block housing parking, entry, and shops, and a set-back upper housing block.

In the 2010s the building has been rebranded as the Antares Luxury Suites. Coincidental with this rebranding was a renovation by Number 10 Architects, which saw the repainting of the upper block and the recladding of the parking garage with patterned slabs of Corten steel.