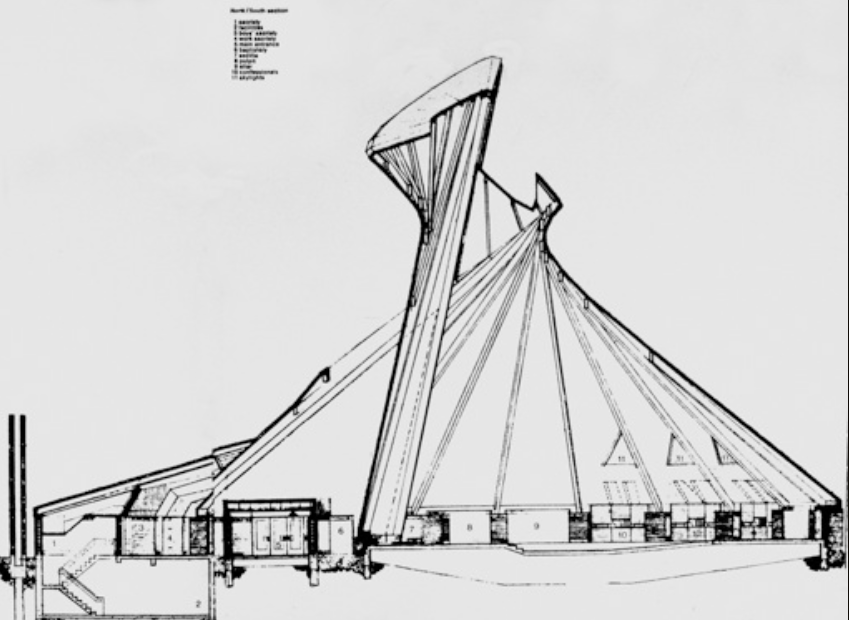 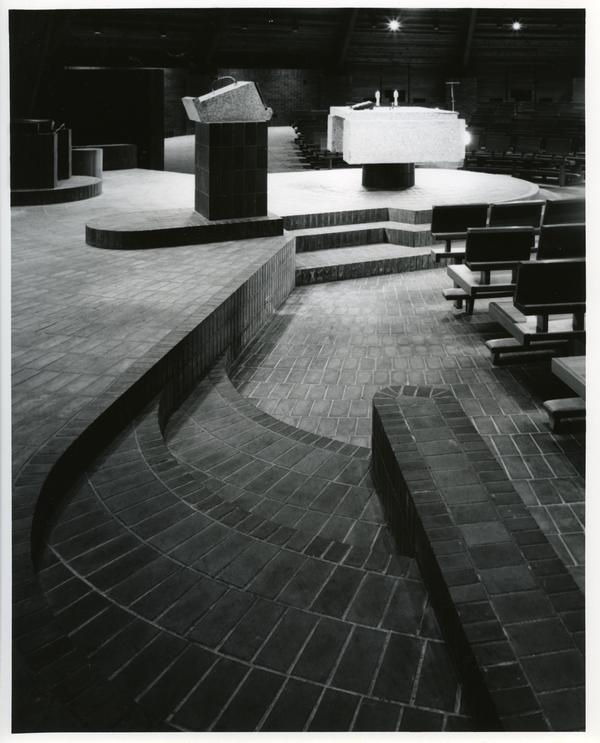 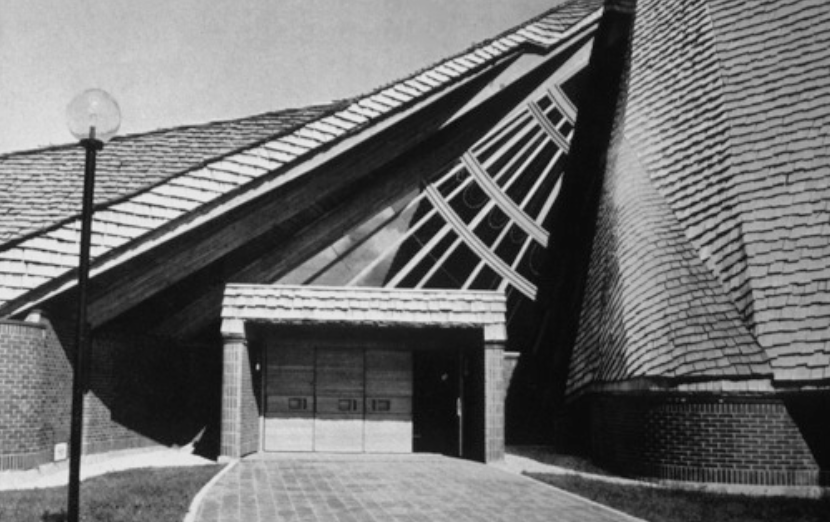 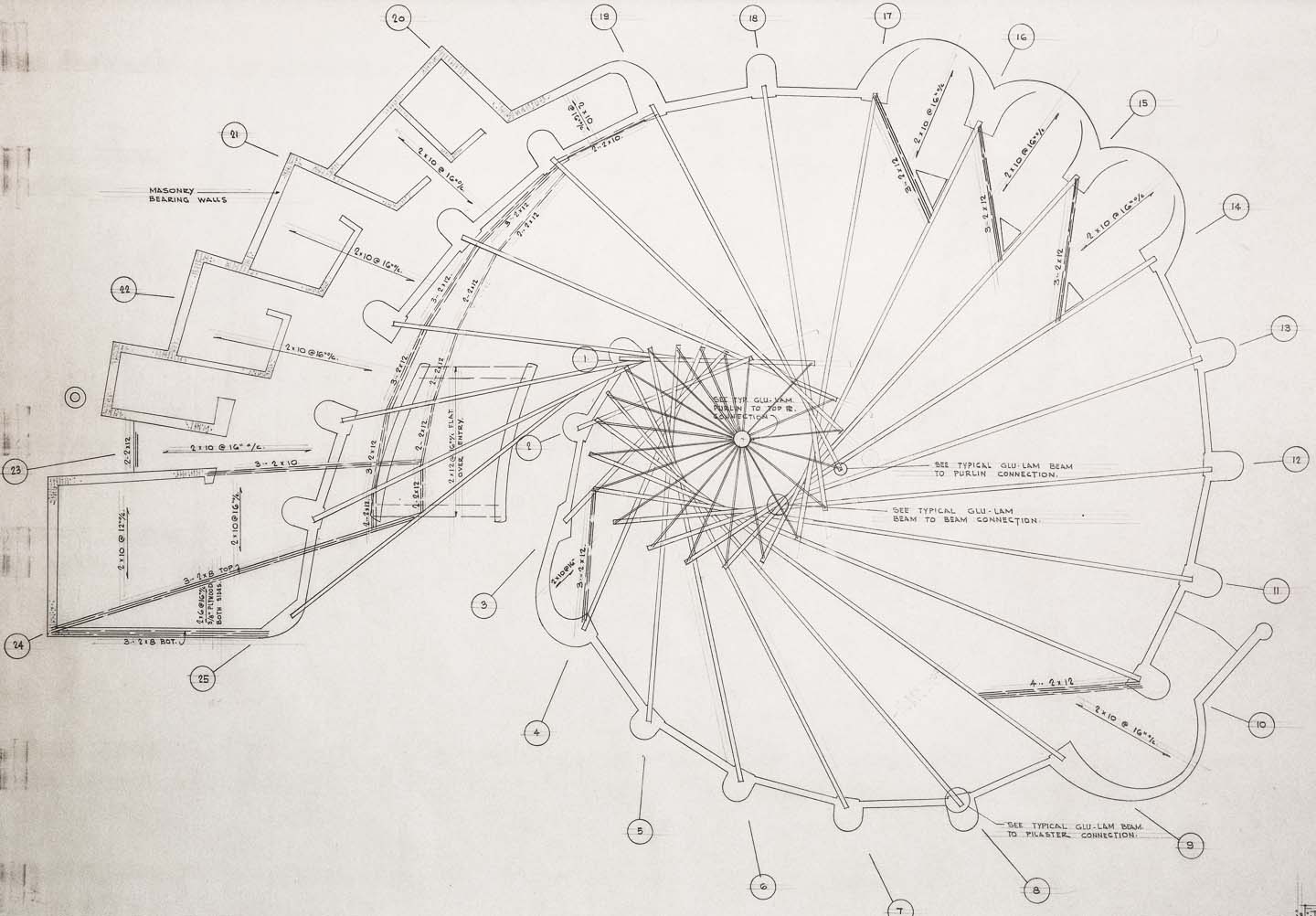 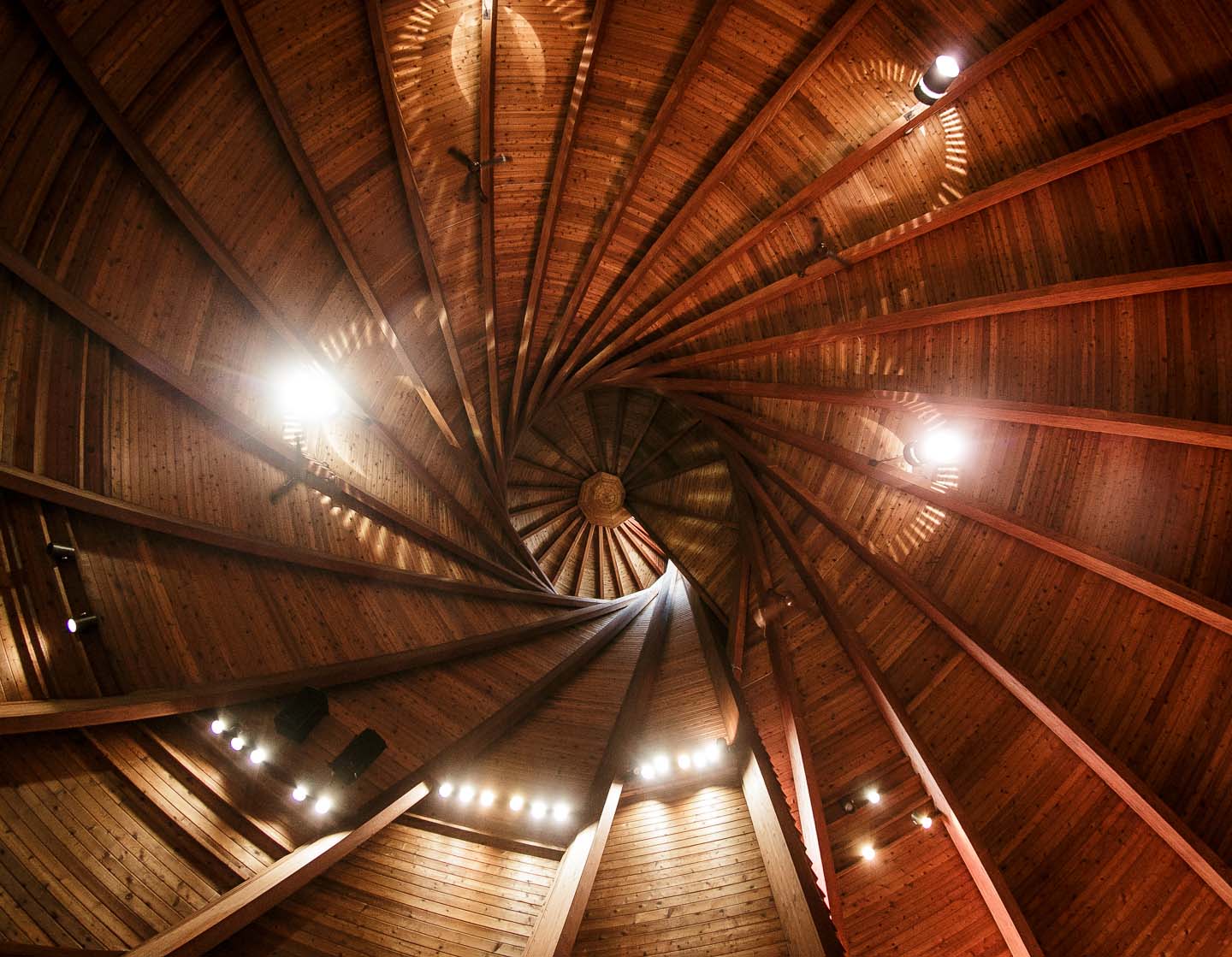 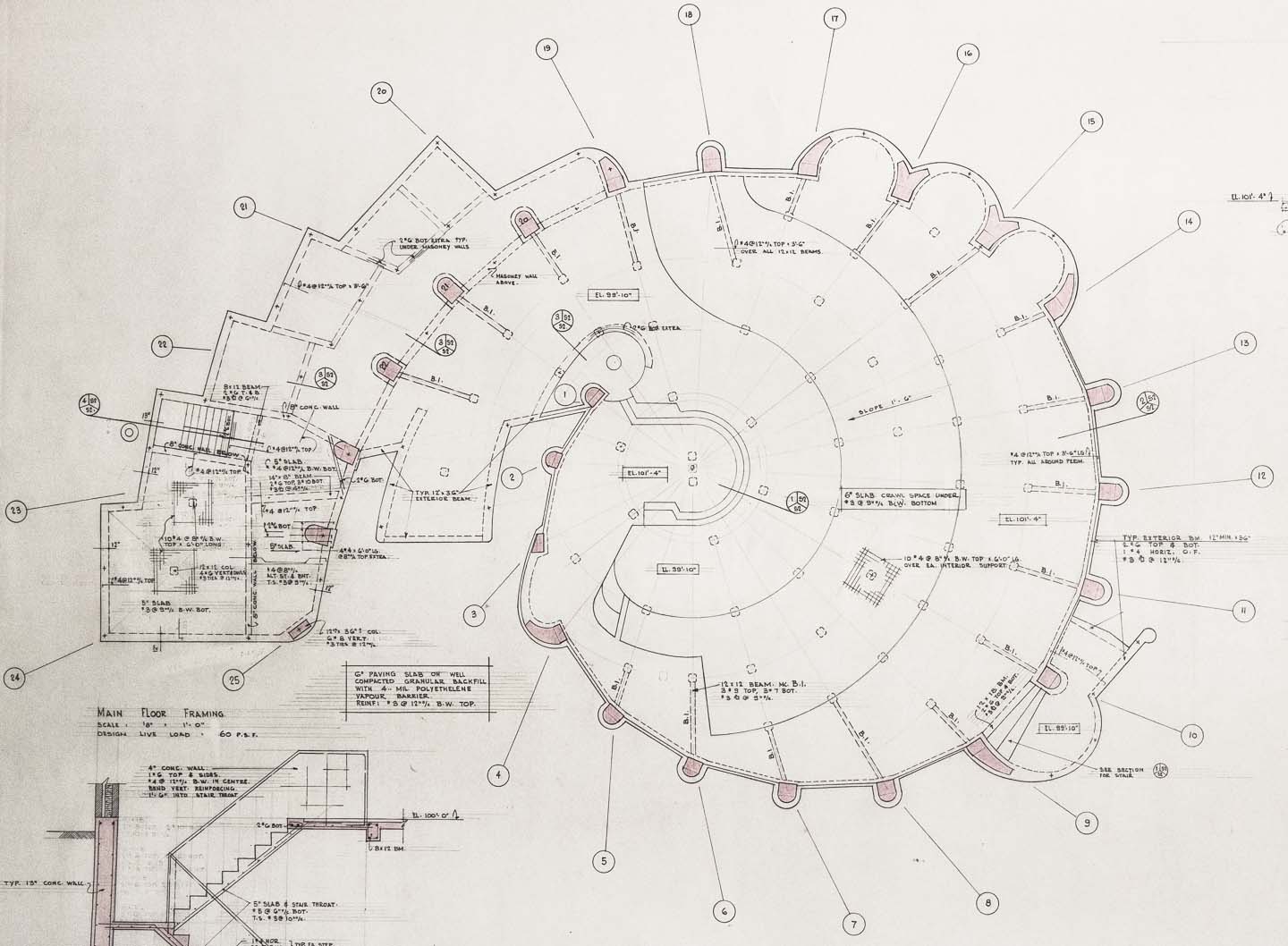 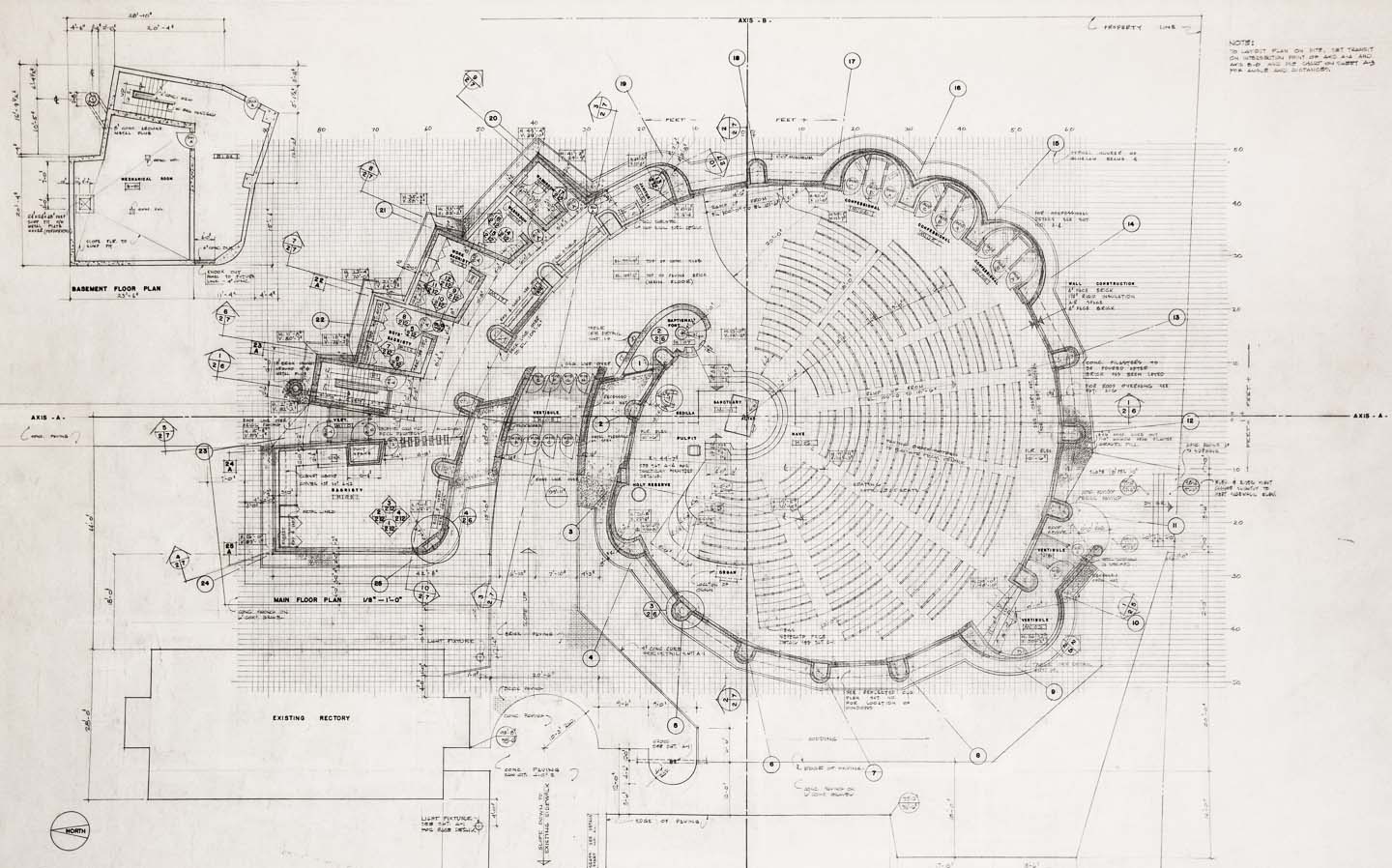 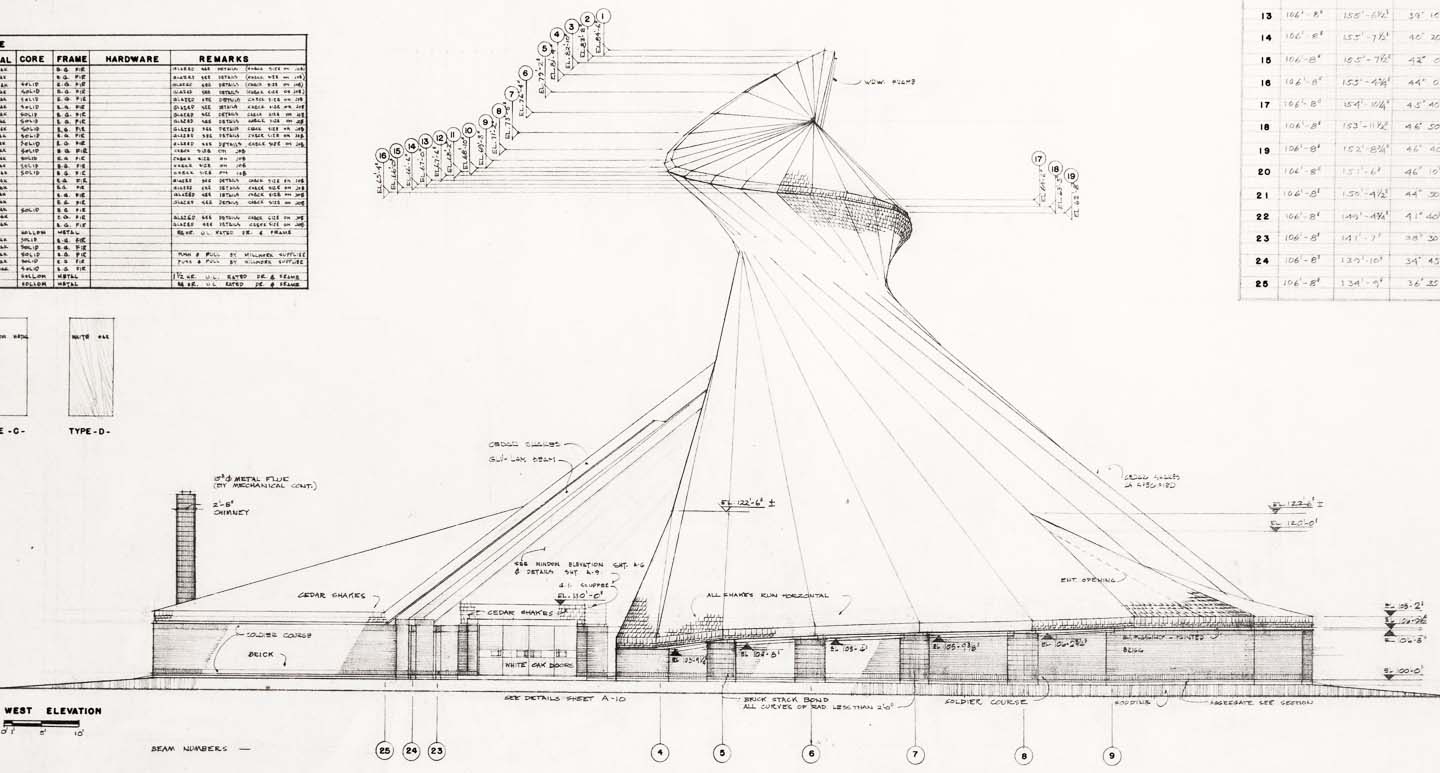 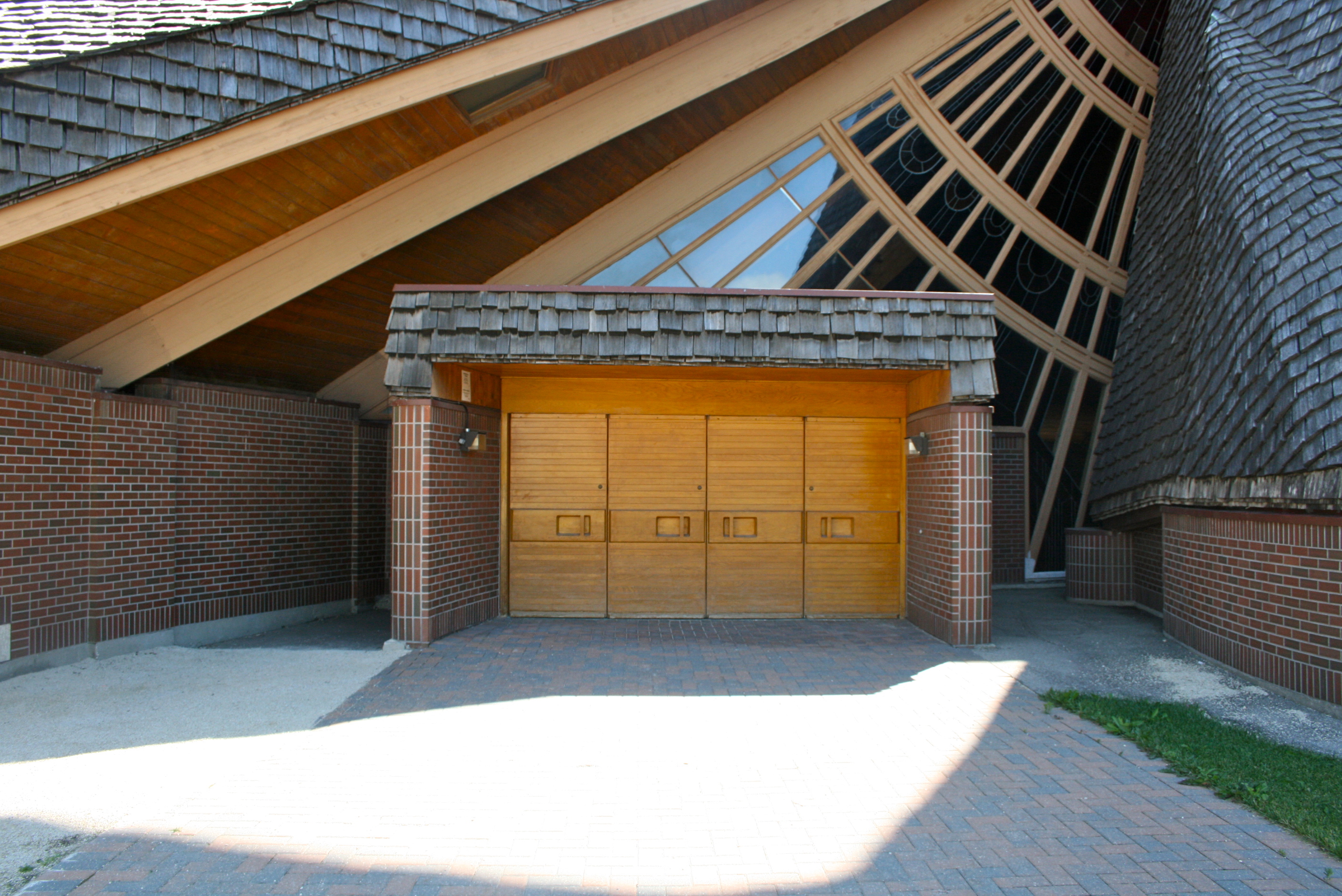 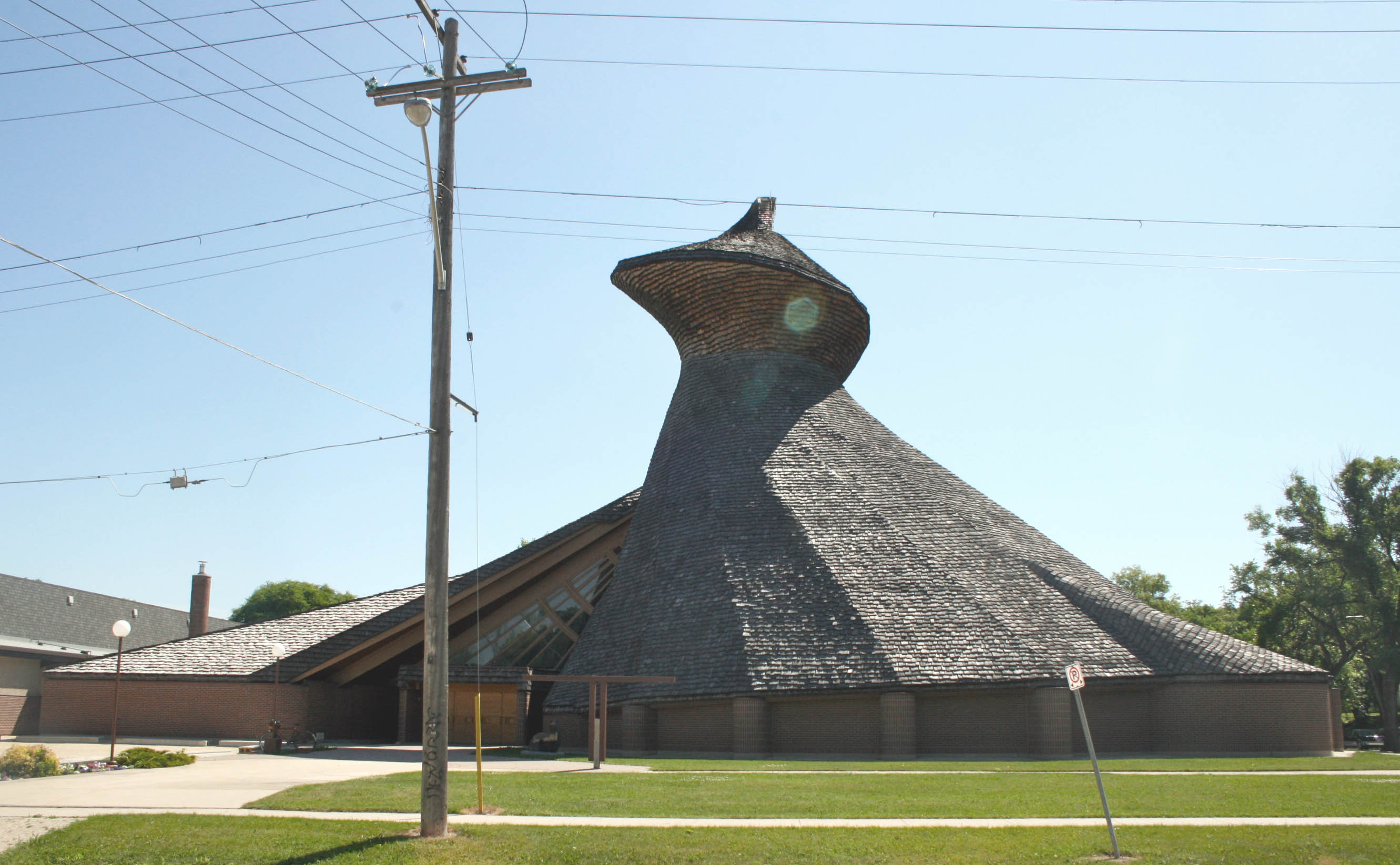 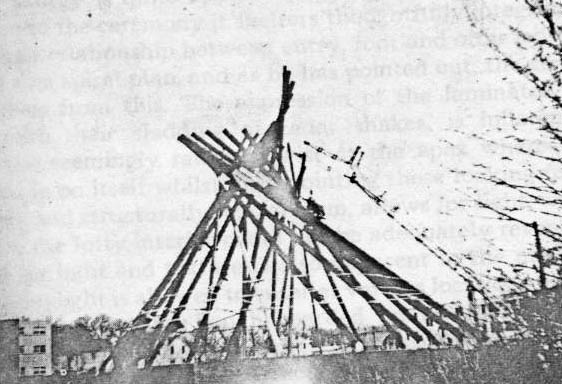 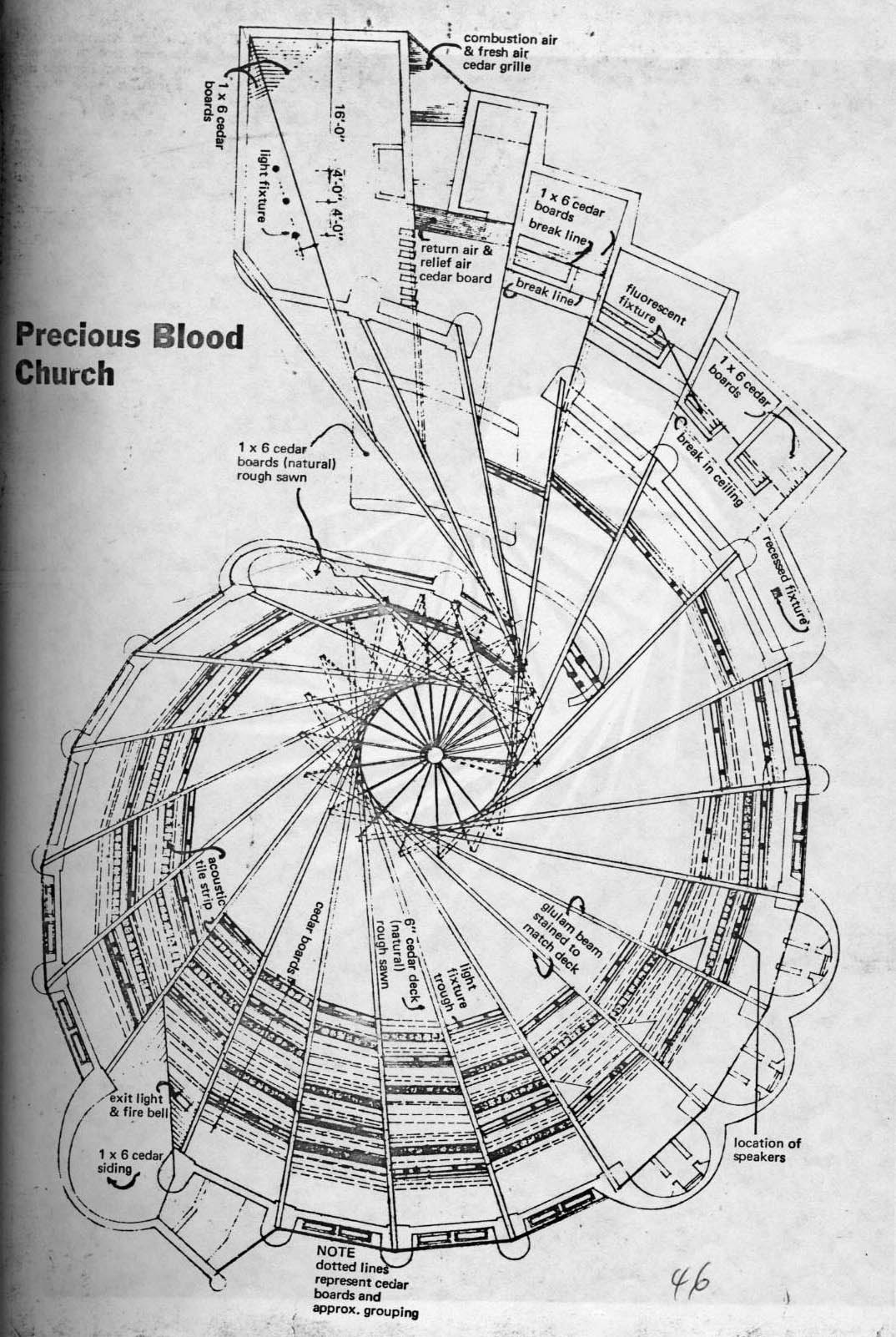 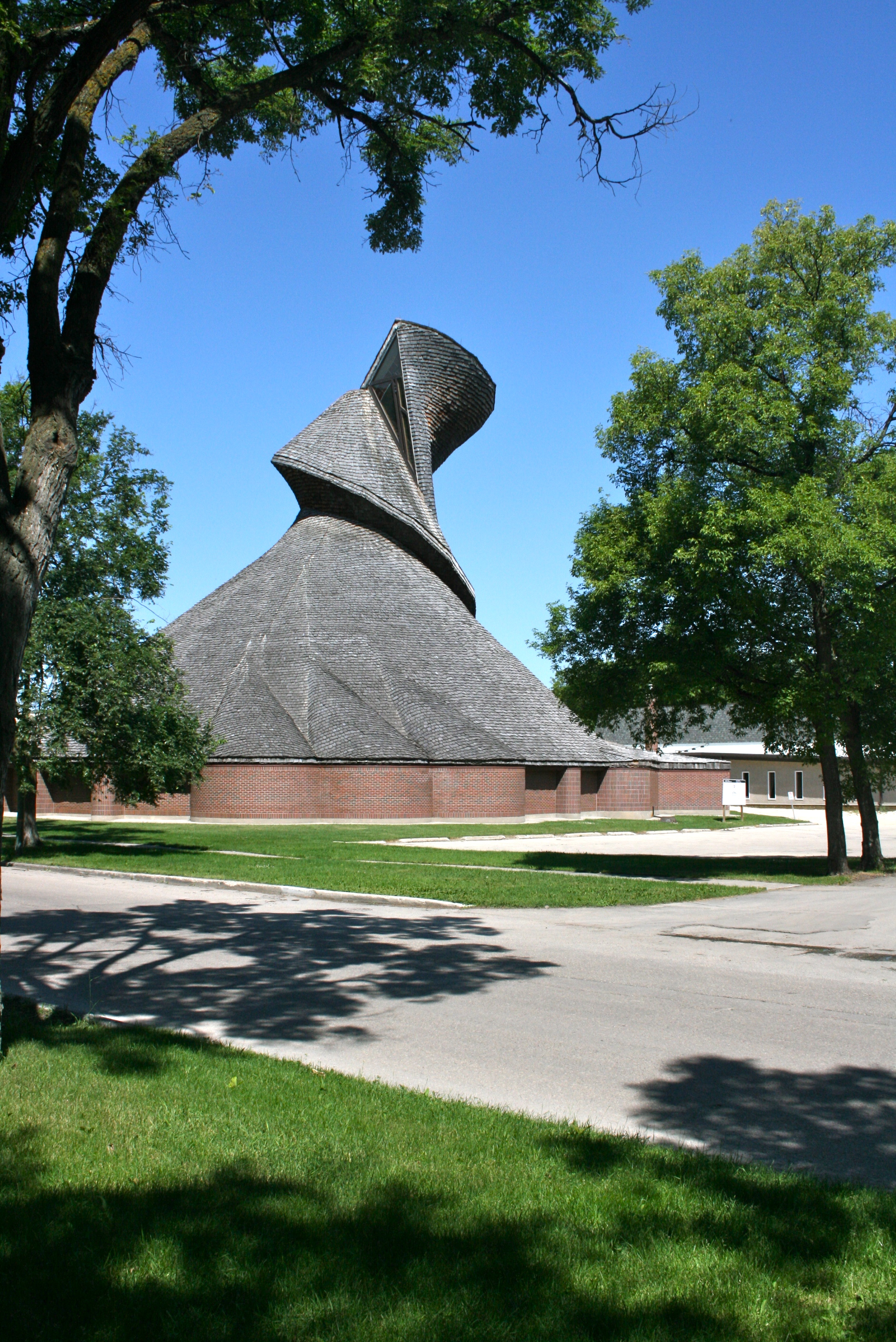 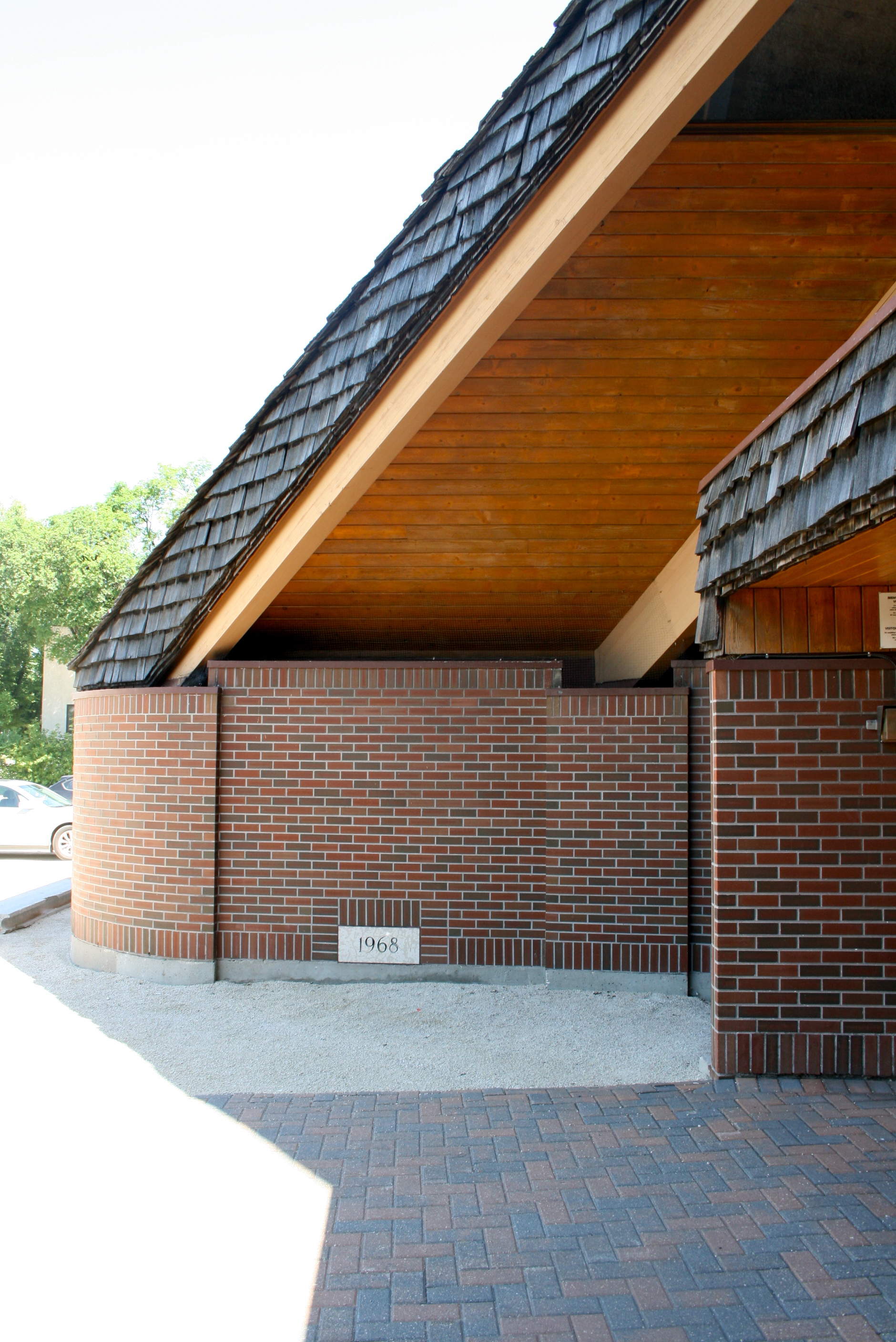 Designed by Winnipeg architect Étienne Gaboury (of Gaboury, Lussier, Sigurdson Architects), Église du Précieux Sang (Precious Blood Roman Catholic Church) was constructed by Bockstael Construction for approximately $397,000 in 1969; the architect’s fees were $20,664. Research and planning were initiated in 1961, with construction beginning six years later. The structure is located in the south-western corner of an open, flat site, surrounded by the residential neighbourhood of St. Boniface. An adjacent rectory and school by the same name share the local site.

The church's plan respects the directives of the Second Vatican Council: the congregation is seated on oak benches positioned in a semicircle, like an amphitheatre, in close proximity to the altar. The organization and finishing of the space evolves from the monumental and formal into a more nuanced and evocative human-scaled space. “Since functionalism by itself is insufficient, the religious building should be designed in the spirit of the faith, even as part of the worship itself” (Jonas Lehrman, “Precious Blood Church,” Canadian Architect, October 1969, p. 40). The organization of the plan was developed in relation to the ceremony it houses: “We wanted a plan that resolved and expressed clearly the dynamic movement of the congregation around the altar while acknowledging the symbolic and functional requirements of the sacrament spaces, particularly the baptistry” (Lehrman, 45).

The floor, variegated brick on concrete slab, begins outside the generous custom front doors as paving material, and continues throughout the interior. The floor slopes gently towards the liturgical centre of the church, the altar. This symbolic centre is also the structural and geometric centre of the spiral, positioned directly under the 29 metres-high ceiling. The spiral structure is held aloft by 25 laminated fir (glulam) beams each 30 meters long. Gaboury reflected that he “wanted to create a mystical space, going up forever and ever” (Gaboury, "Mr. Church," Western Living, November 1985, p. 23).

The lofty interior volume is finished in organic materials: rough sawn one-by-six-foot cedar decked ceiling, brick underfoot, stained wood furnishings, and beams stained to match the cedar ceiling. A stained-glass window, at the spiral’s peak, is modestly concealed within the spiral. Light is allowed to enter the structure from small strategically placed windows under the eaves, marking the Stations of the Cross. This “introduction of light” does not appear as an arbitrary imposition, but as “a result of the structure” (Lehrman, 45).