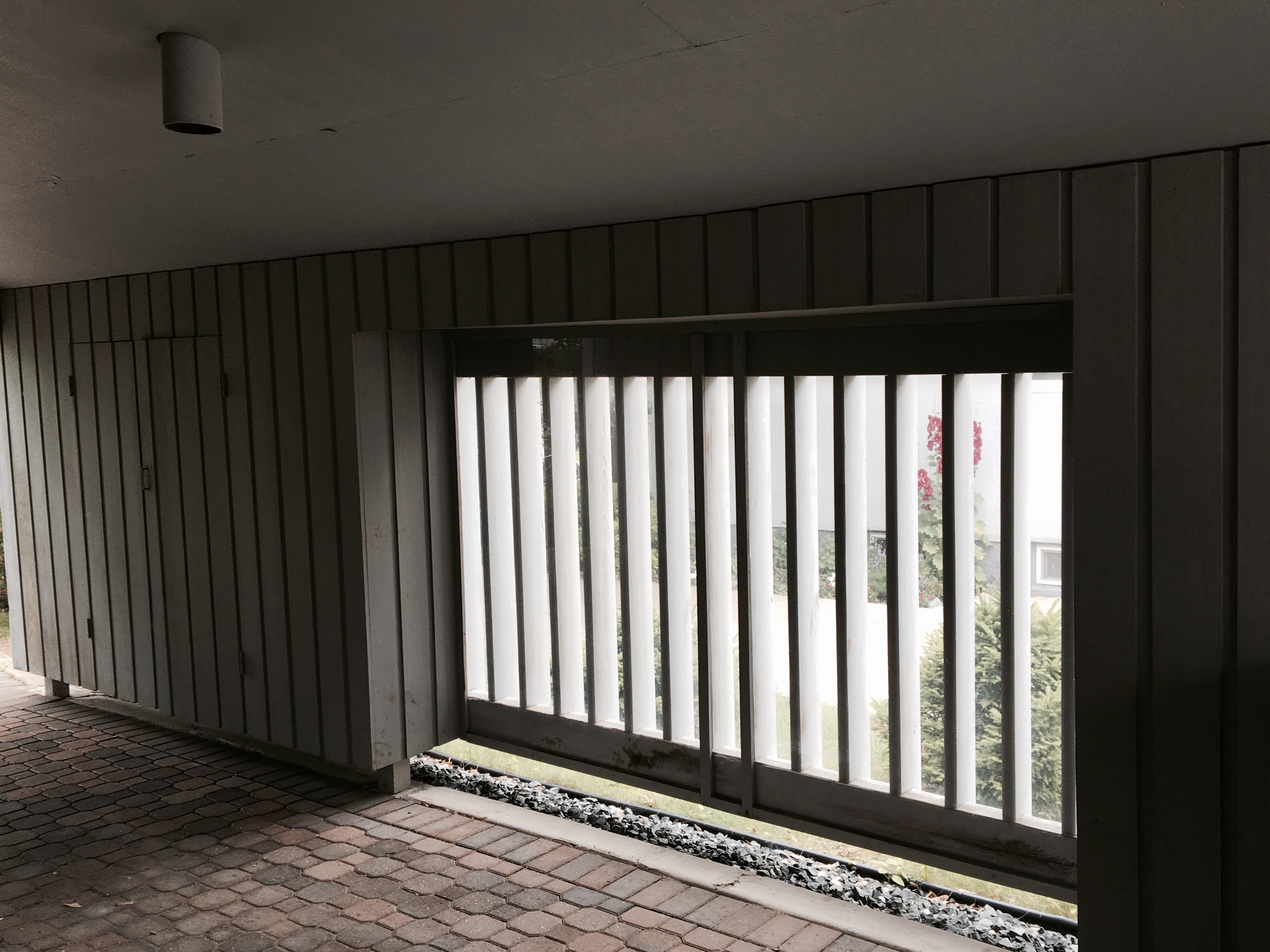 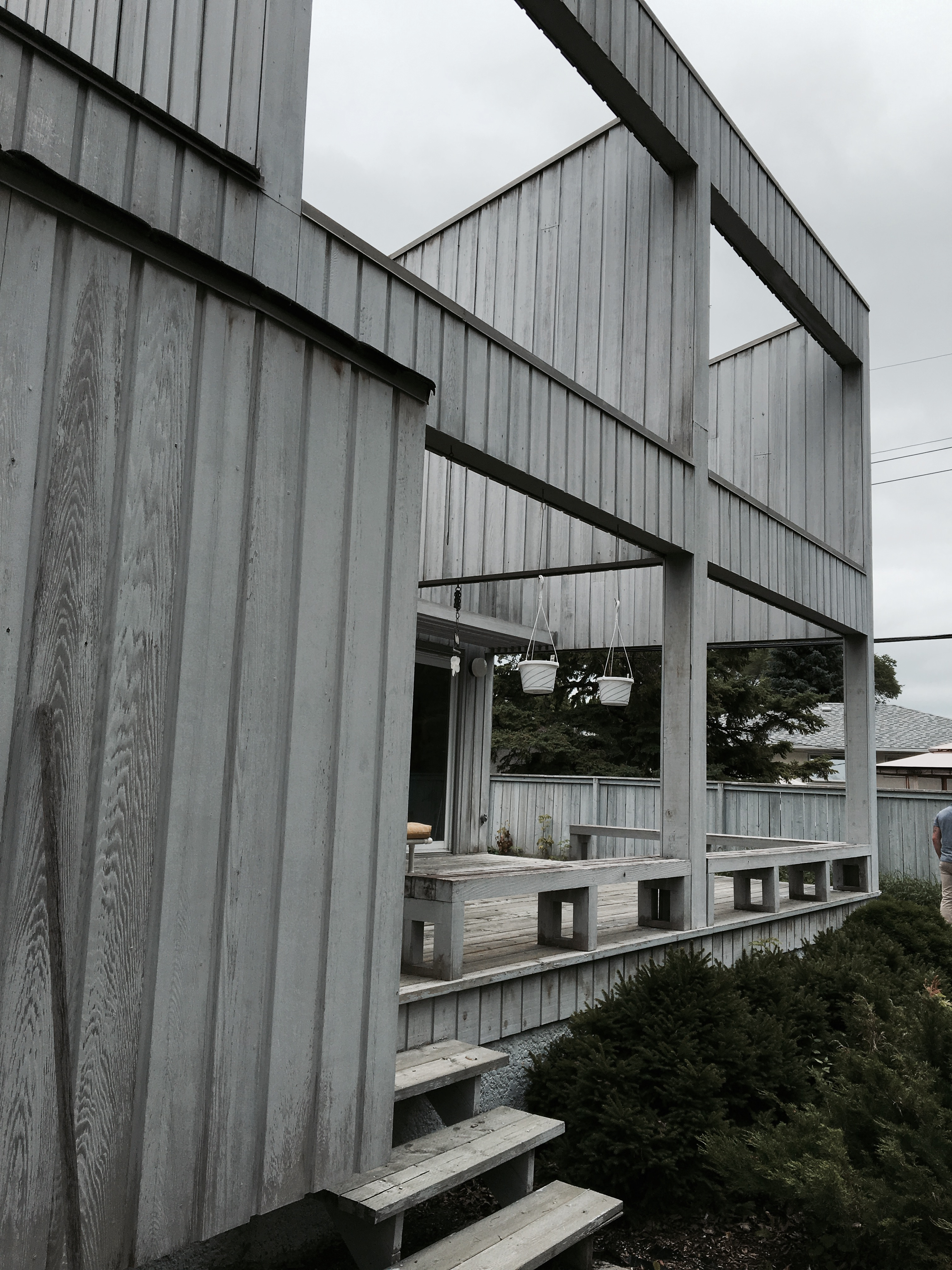 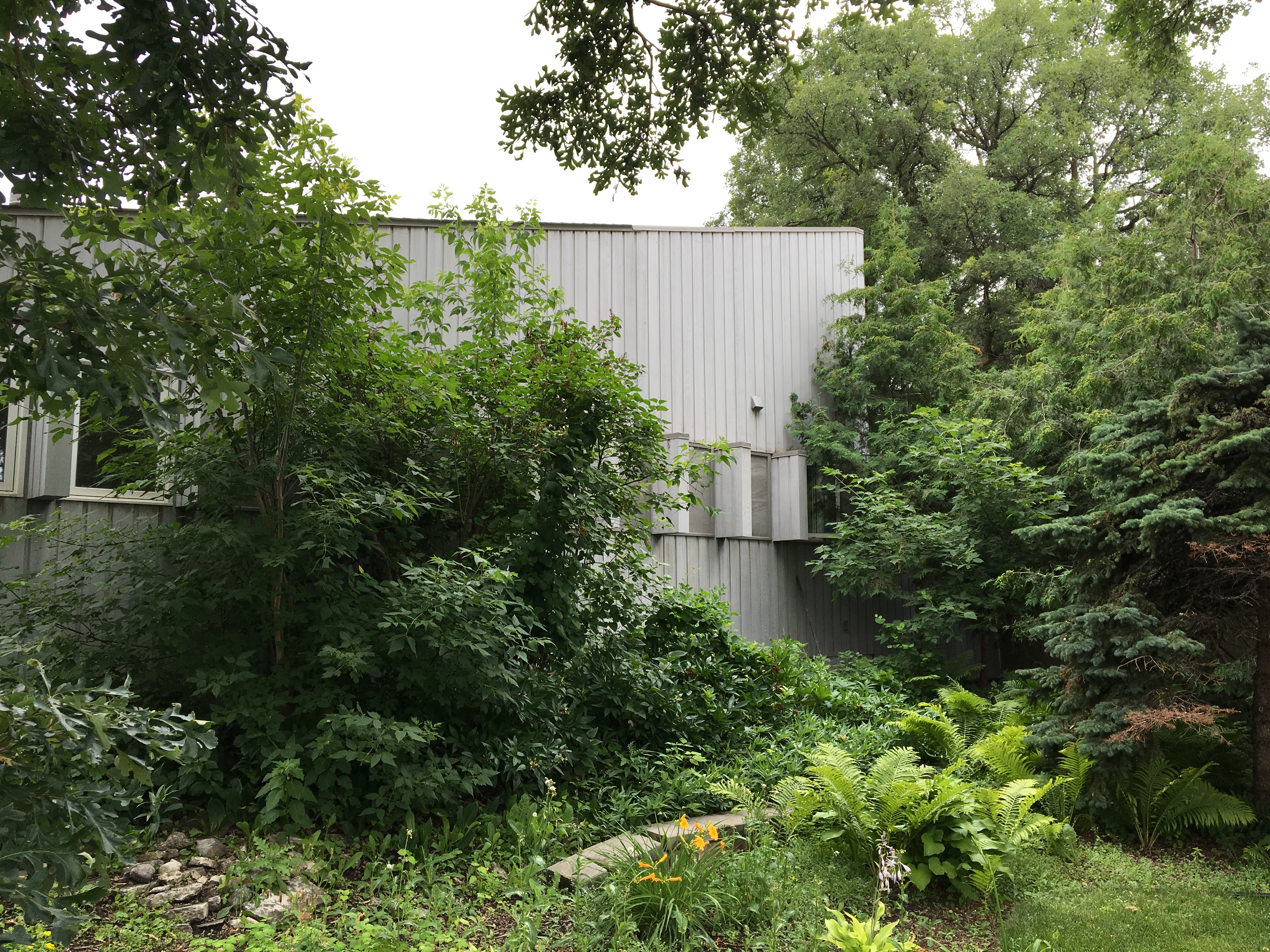 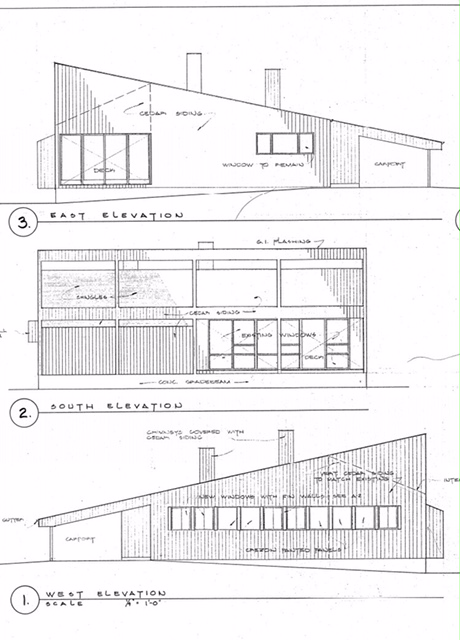 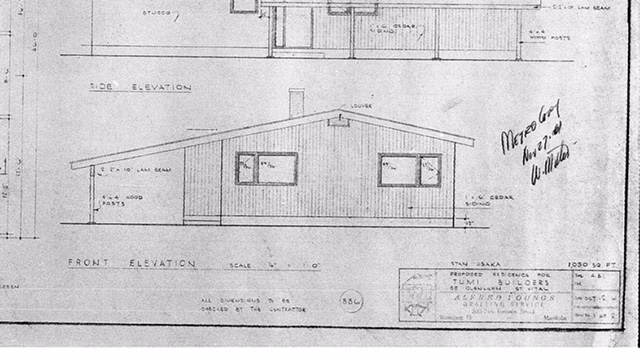 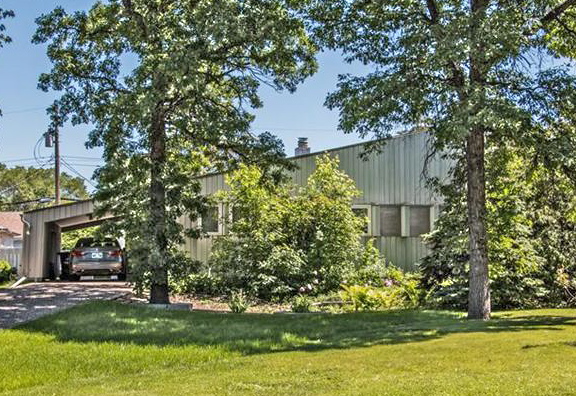 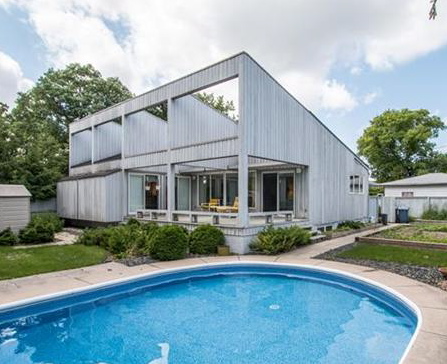 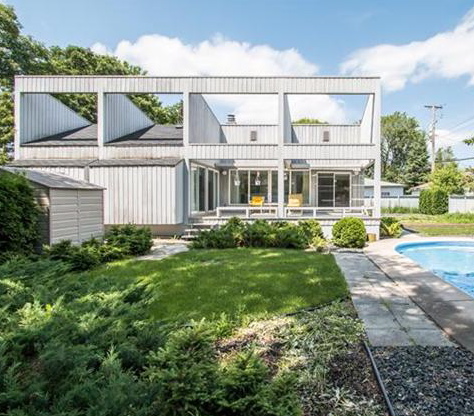 208 Parkville Bay presents a spare facade clad in vertical tongue-and-groove wood with slender ribbon windows featuring projecting mullions and topped by a dramatic mono-pitch roof. Set back from the street, the house is partially hidden on its lot by large trees and brush. Its interior and rear elevations exemplify trends in mid-century post-war design including an embrace of modernist characteristics and a sculptural treatment of form. A remodel of the home in 1975-76 added the mono-pitched roof, rear deck, and pool.