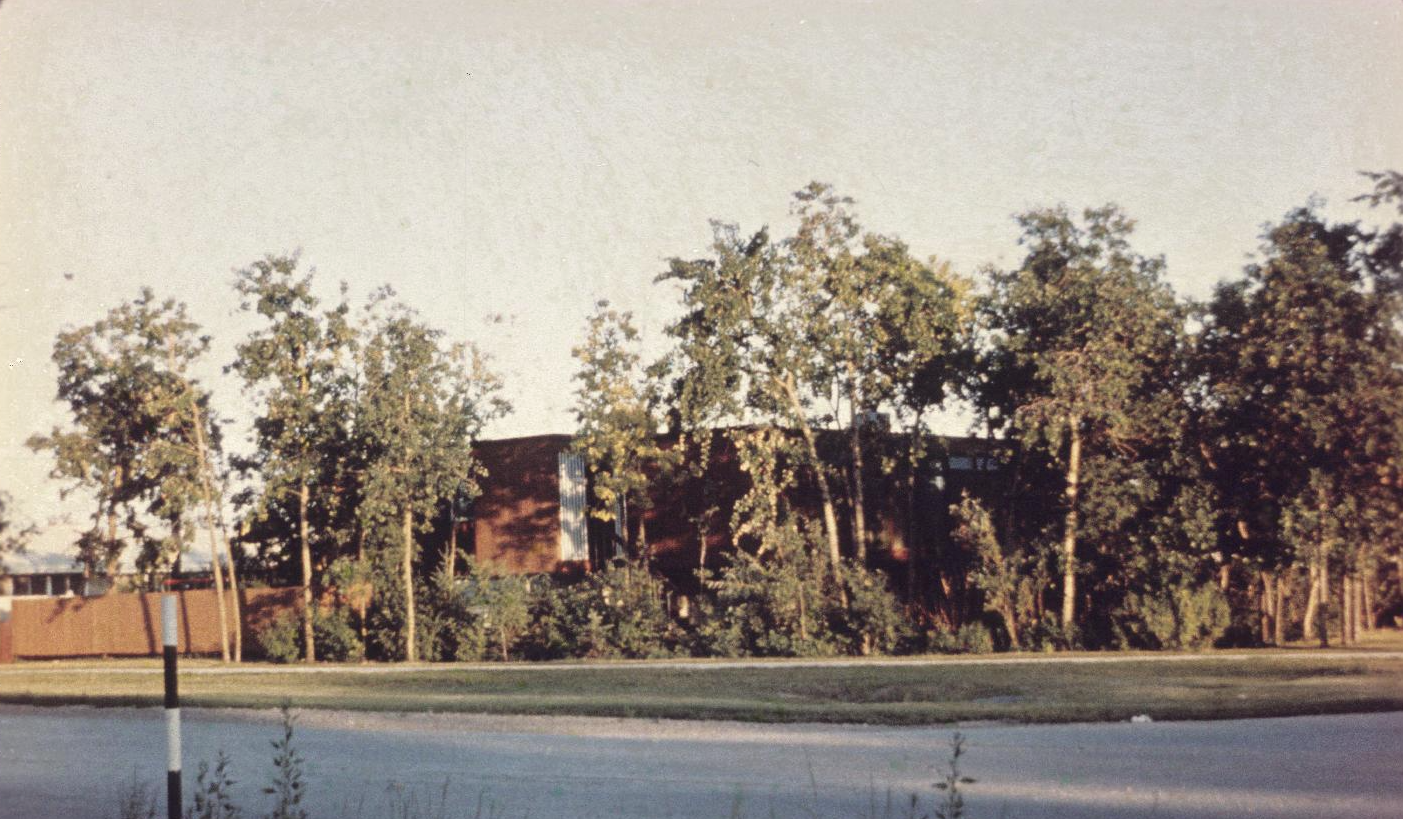 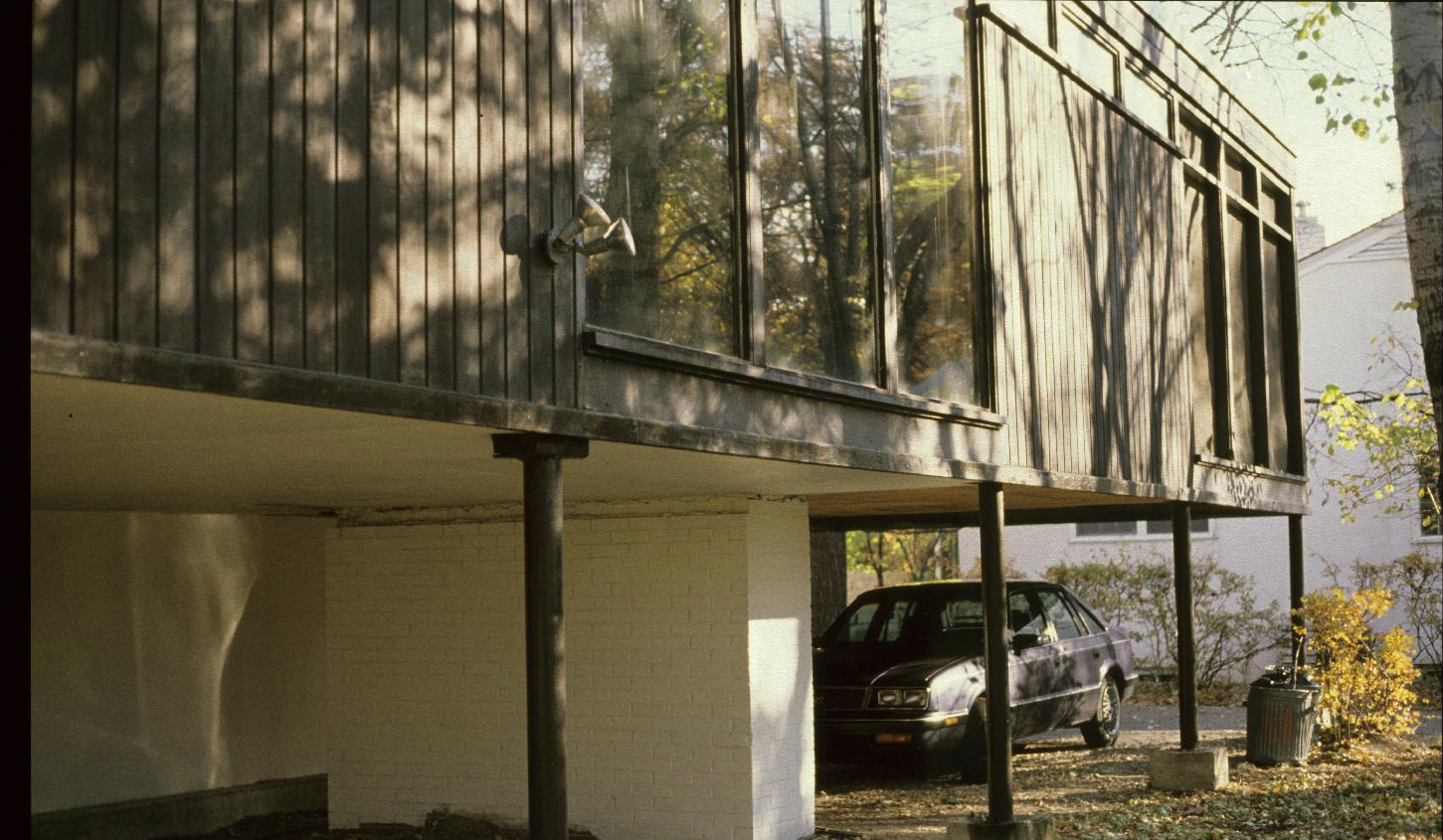 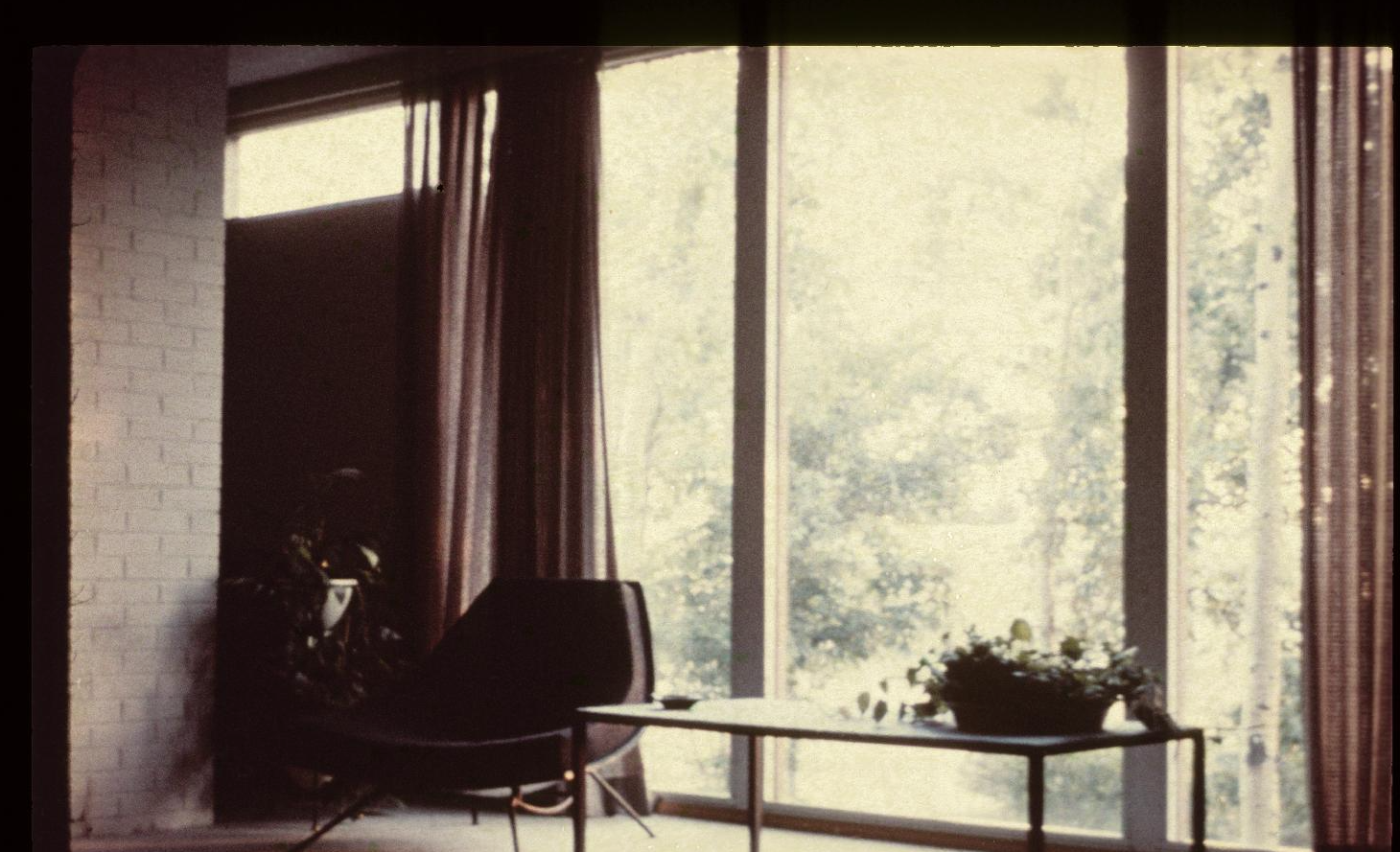 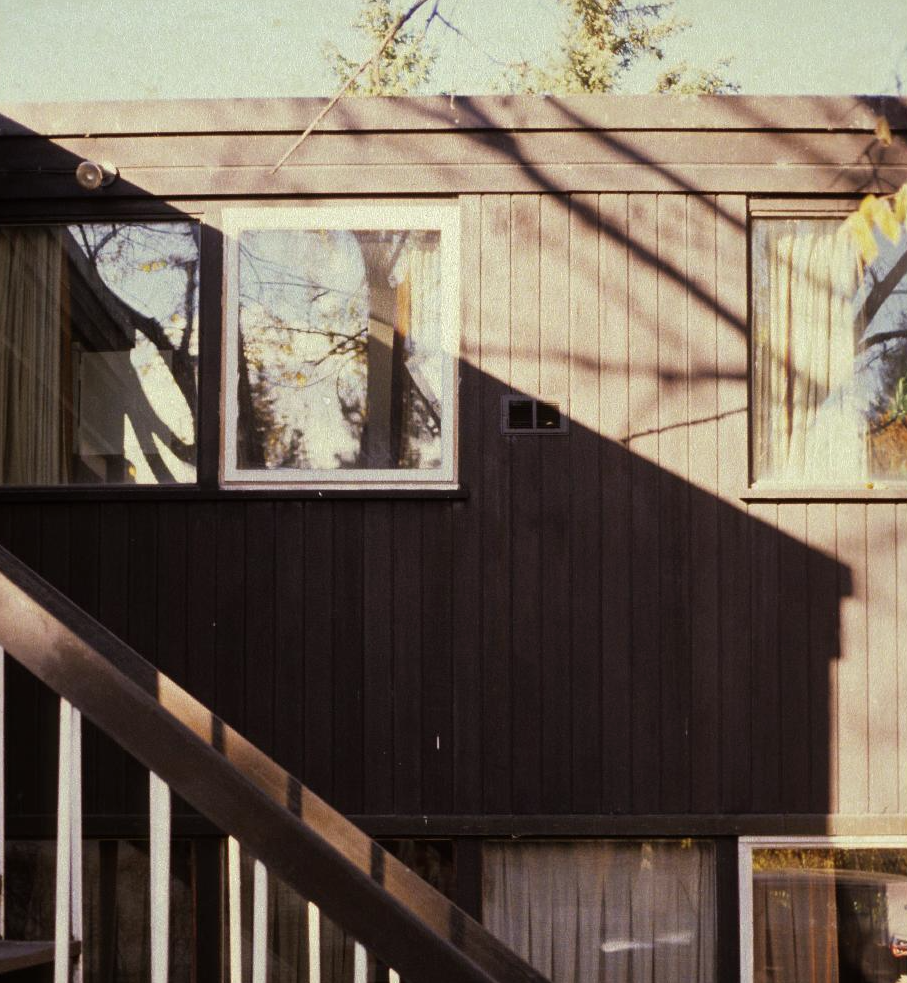 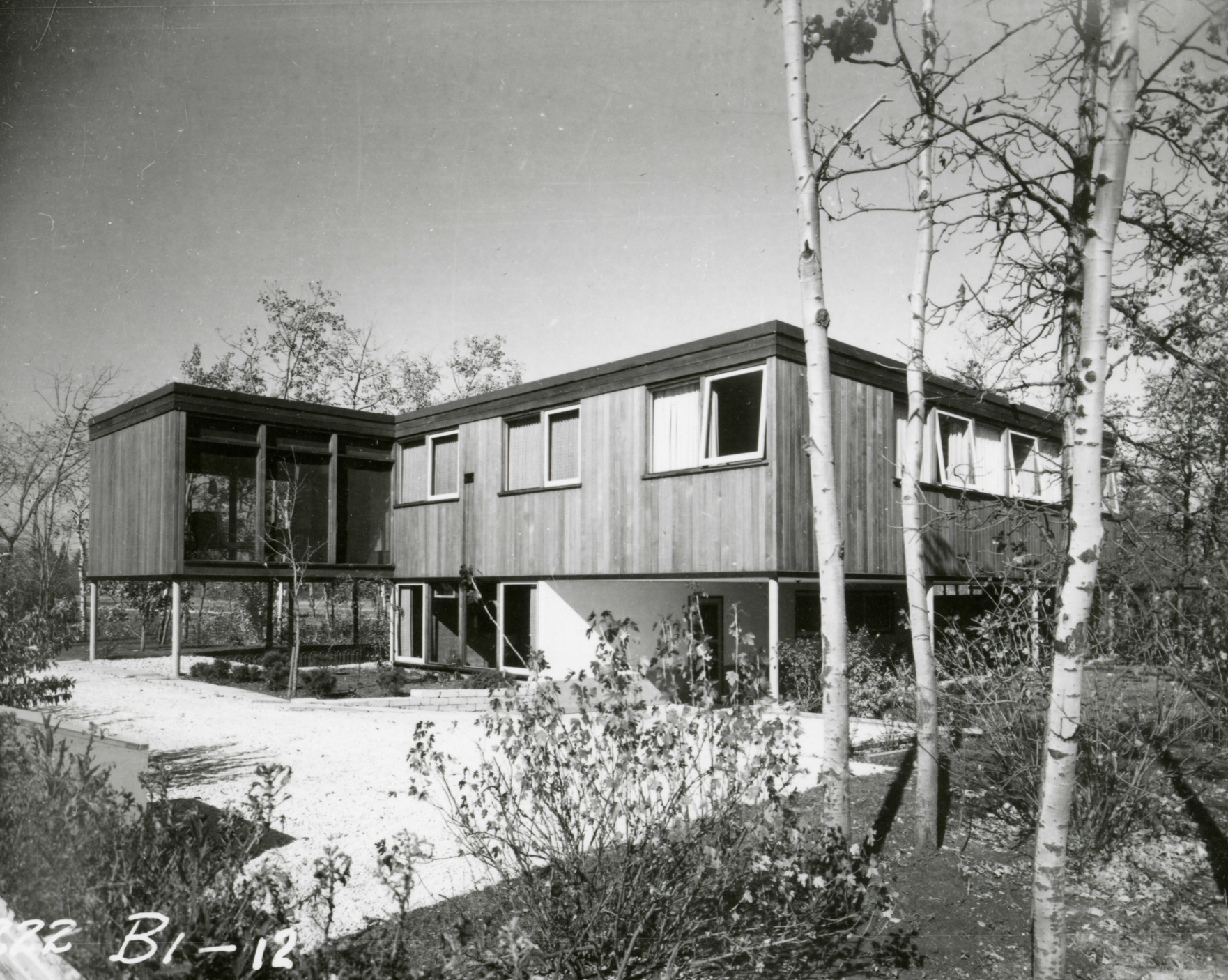 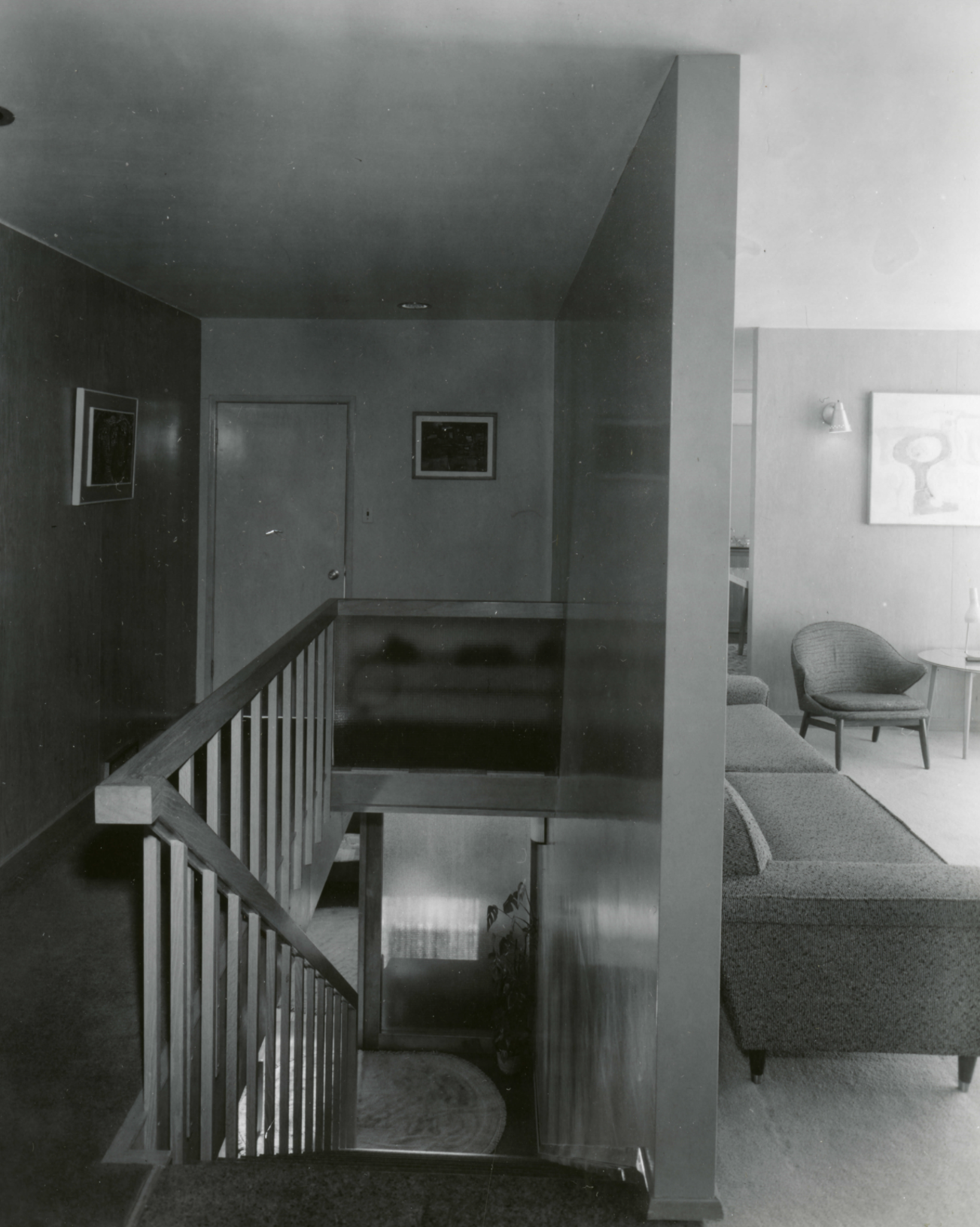 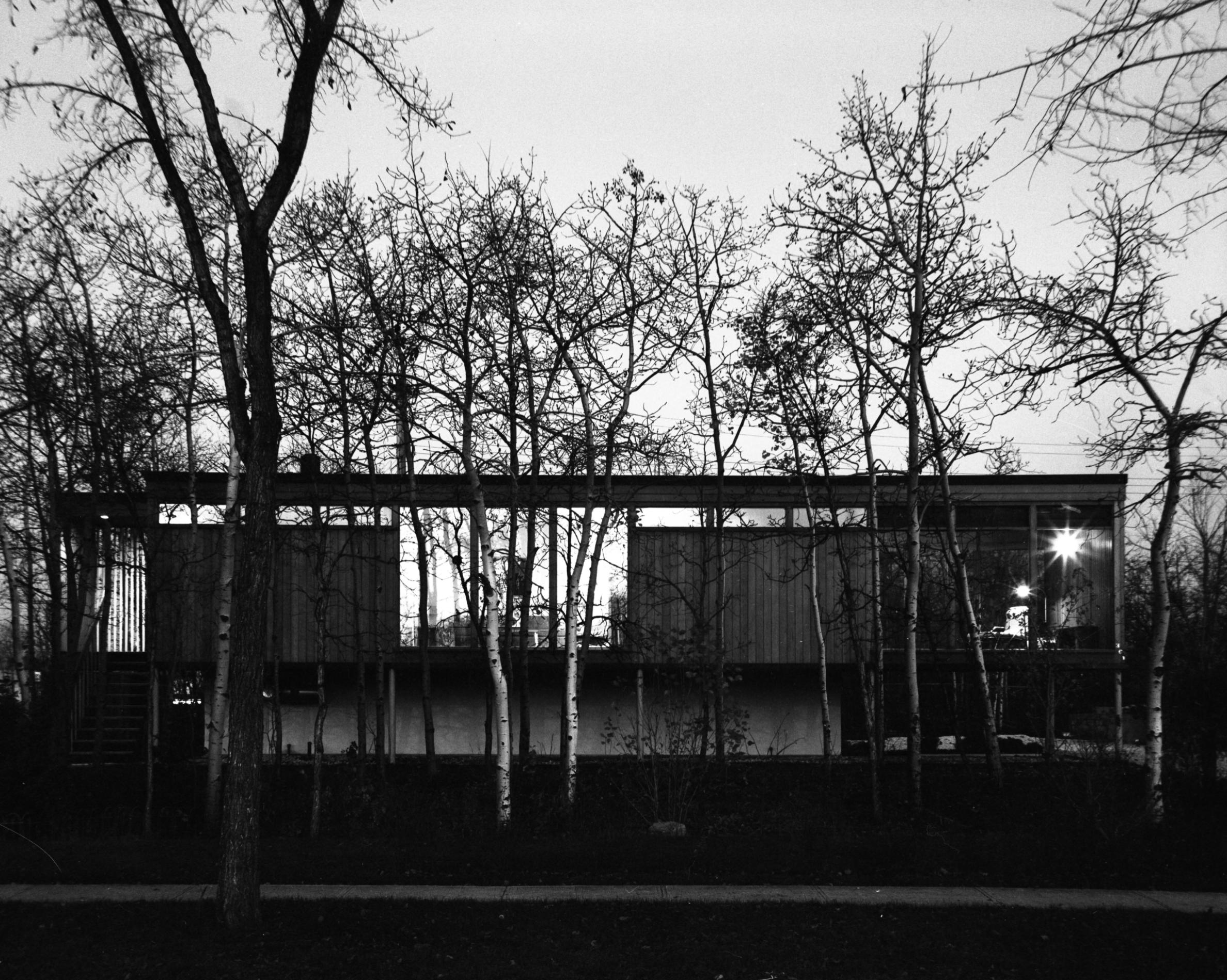 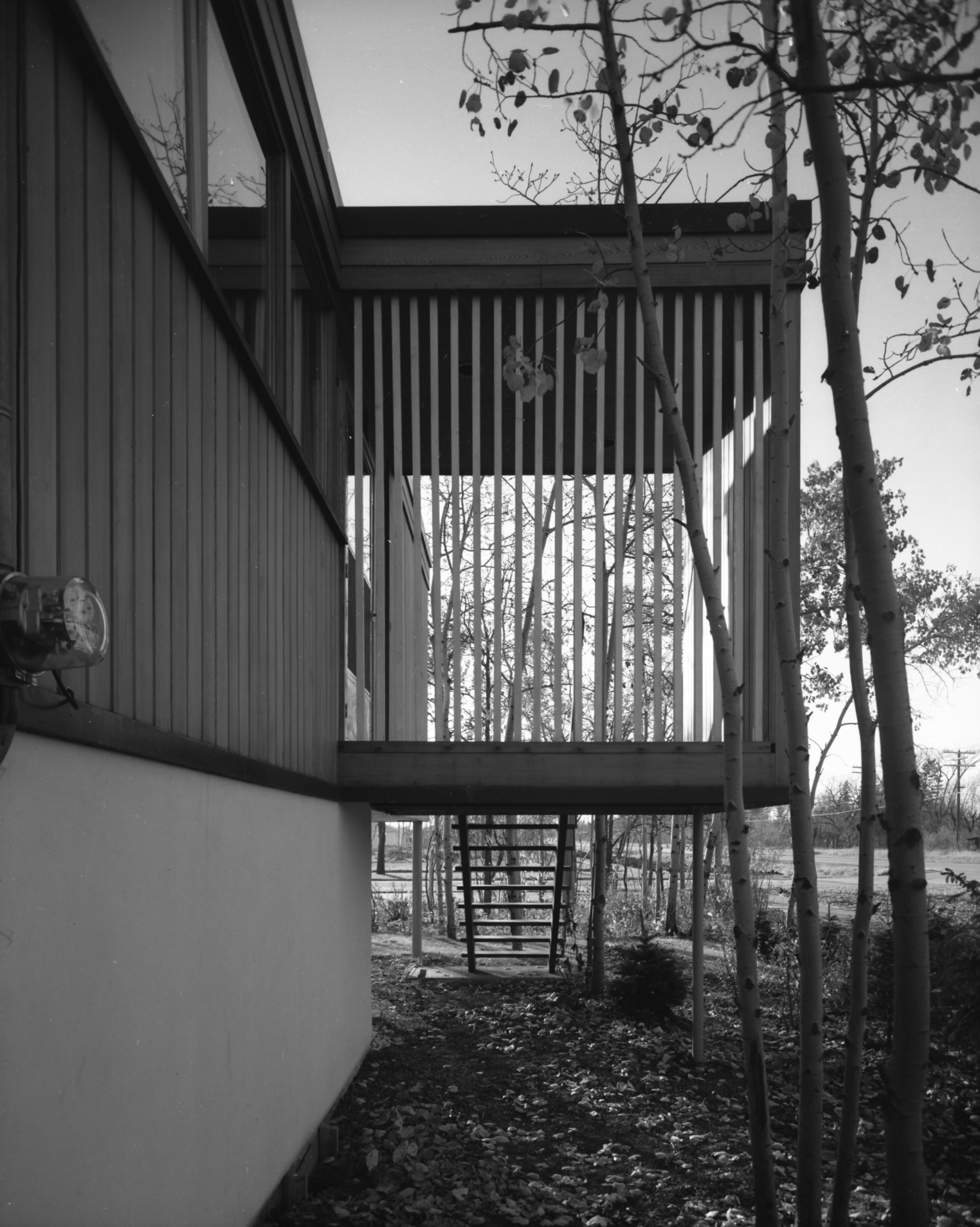 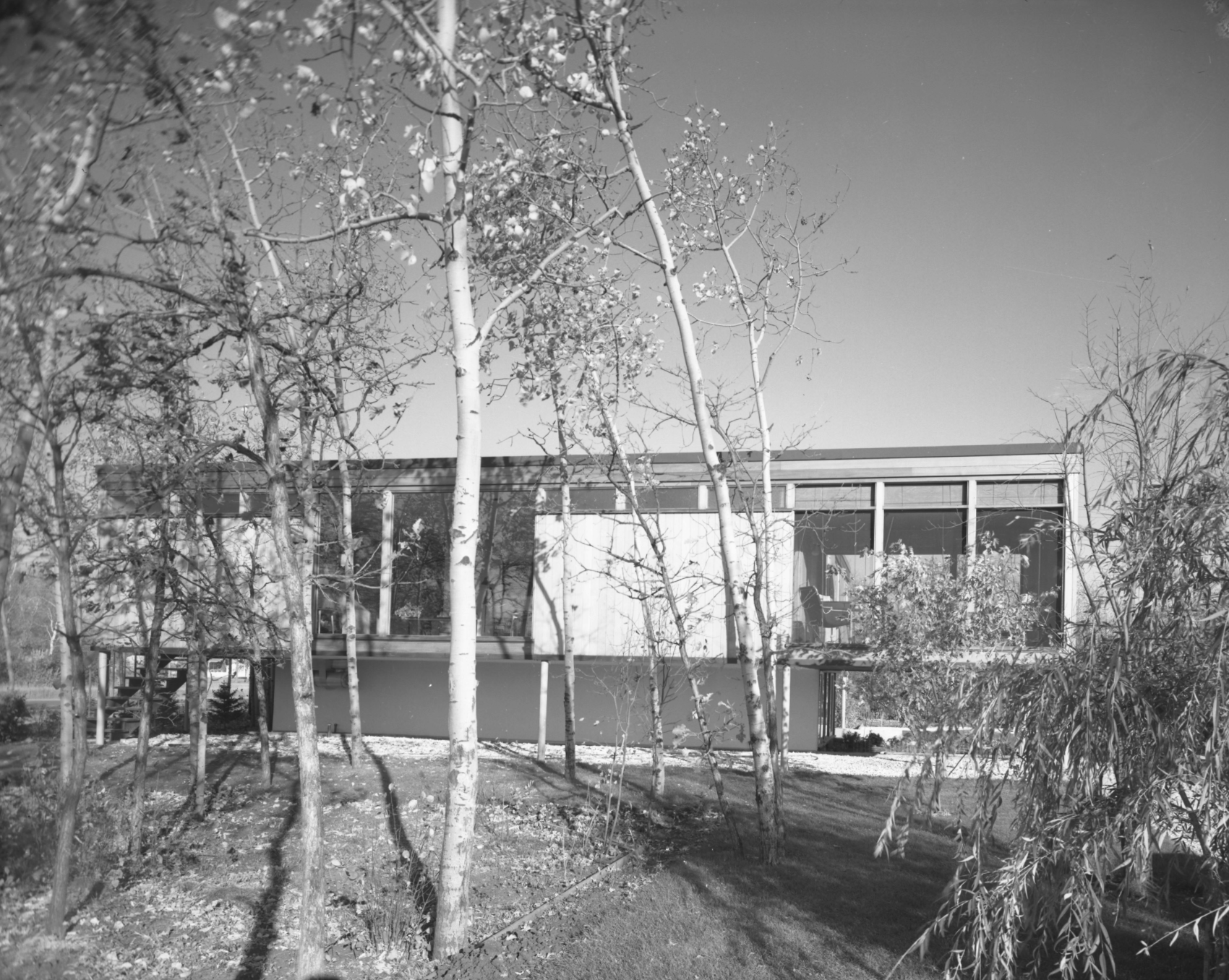 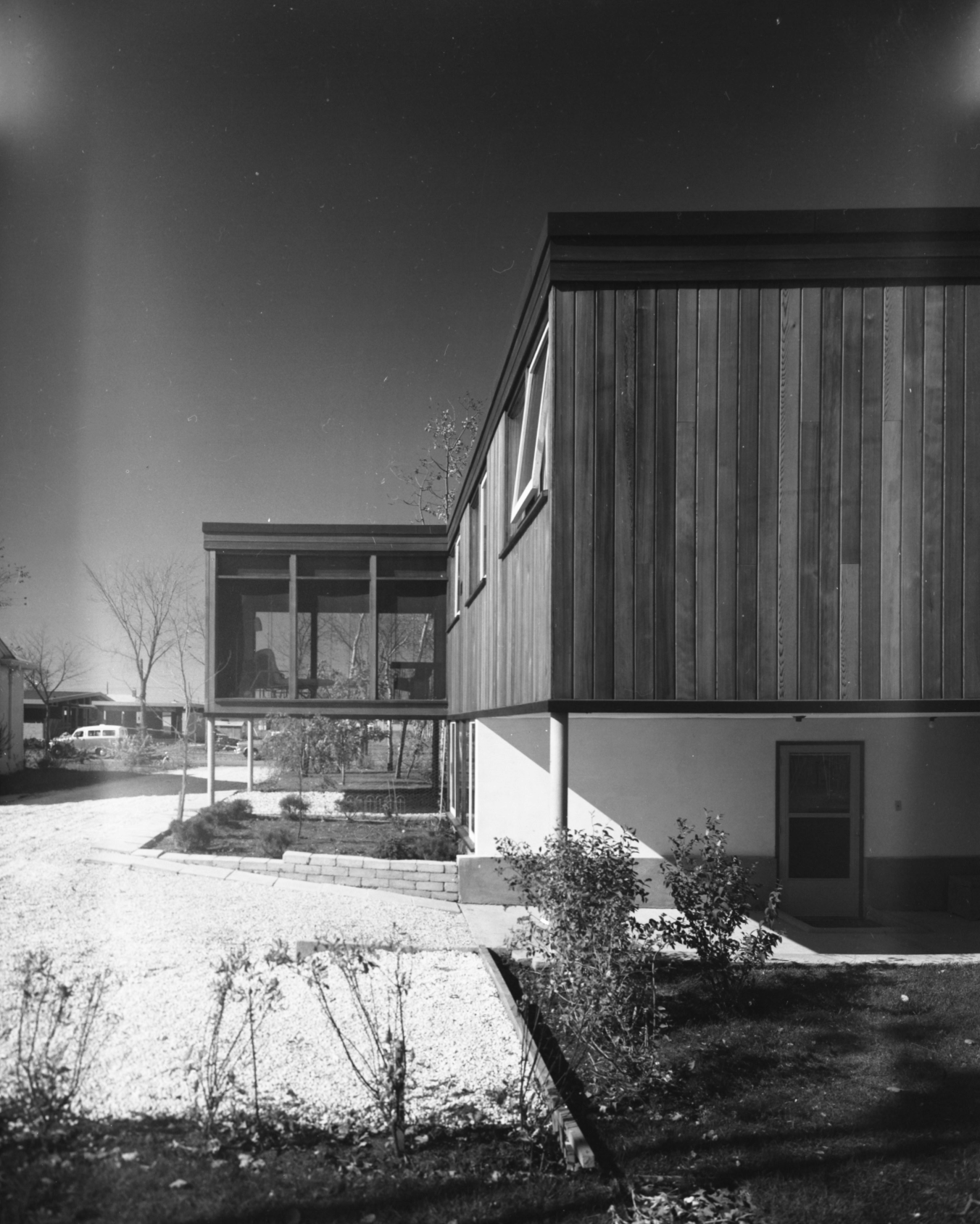 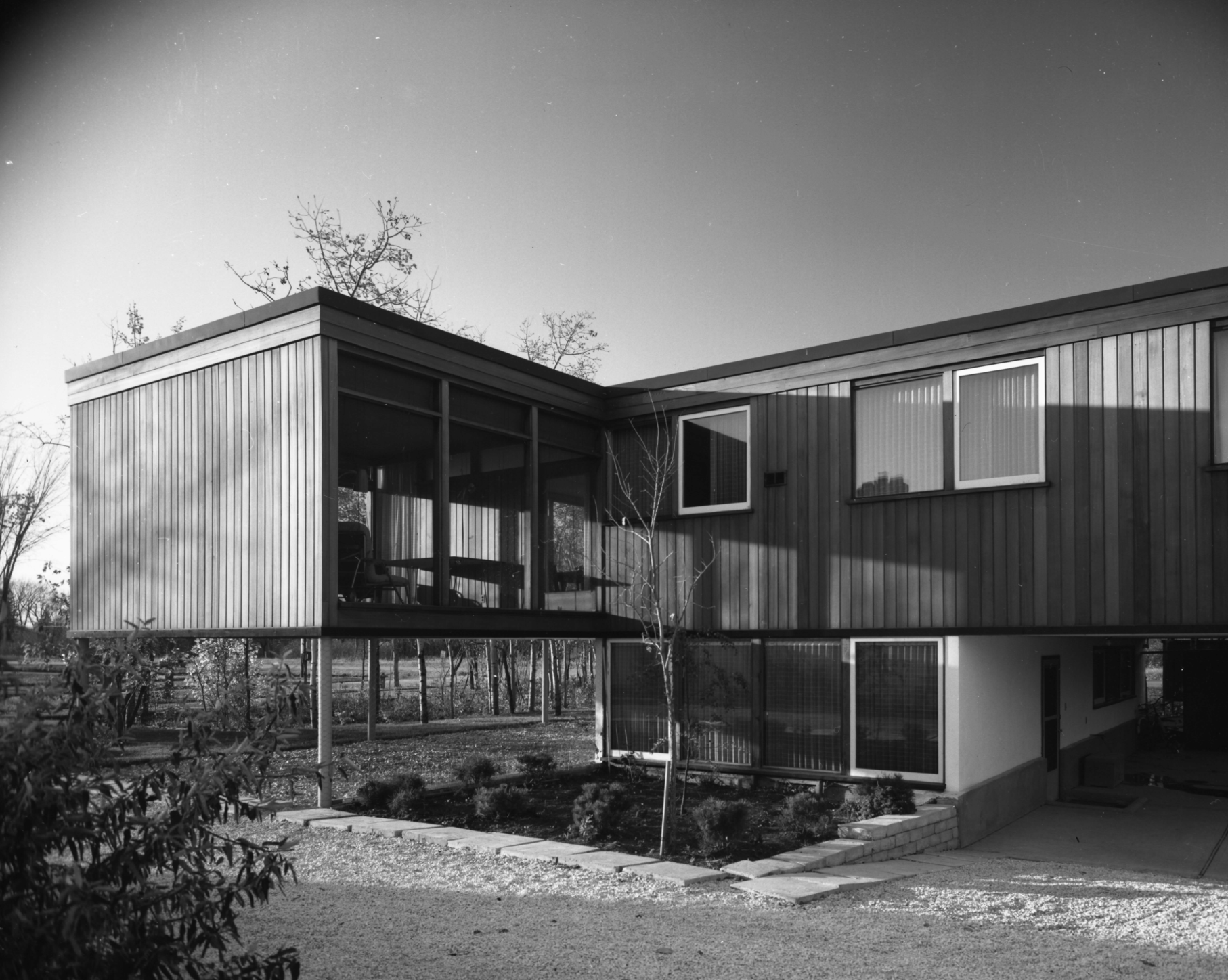 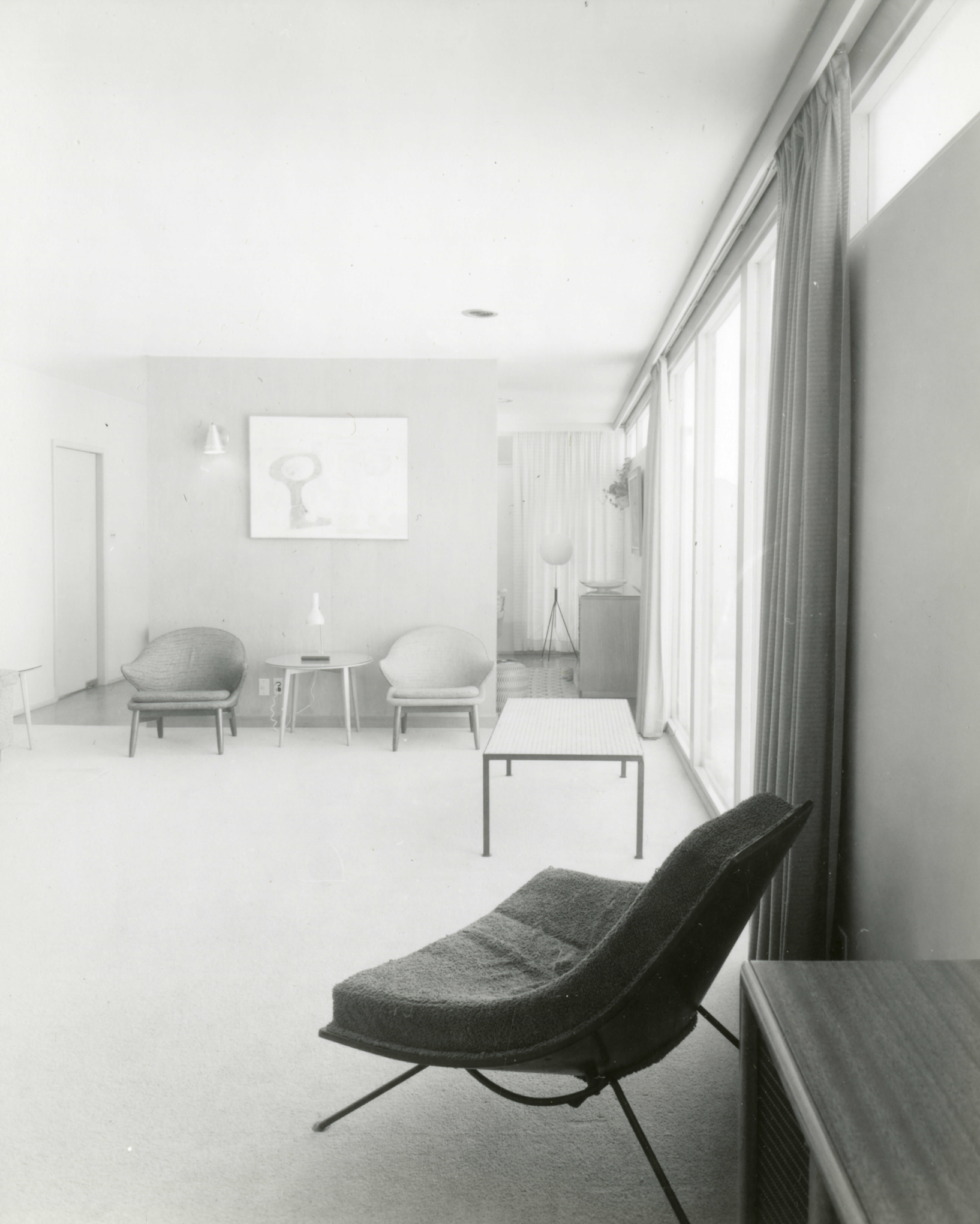 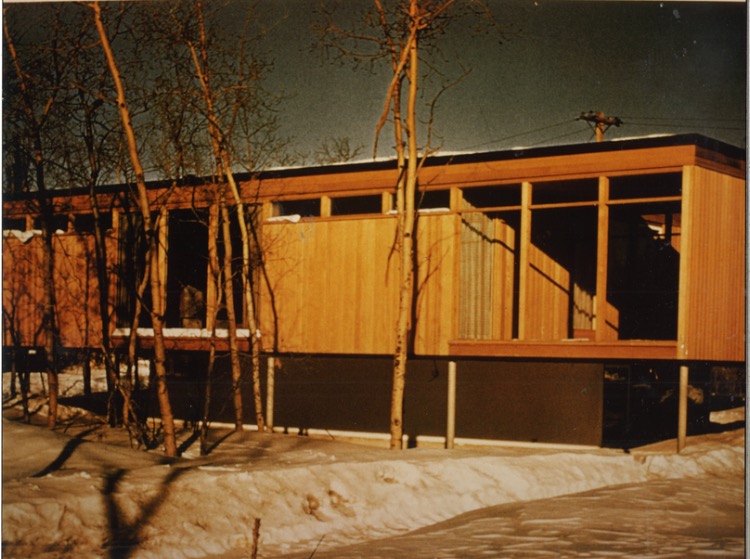 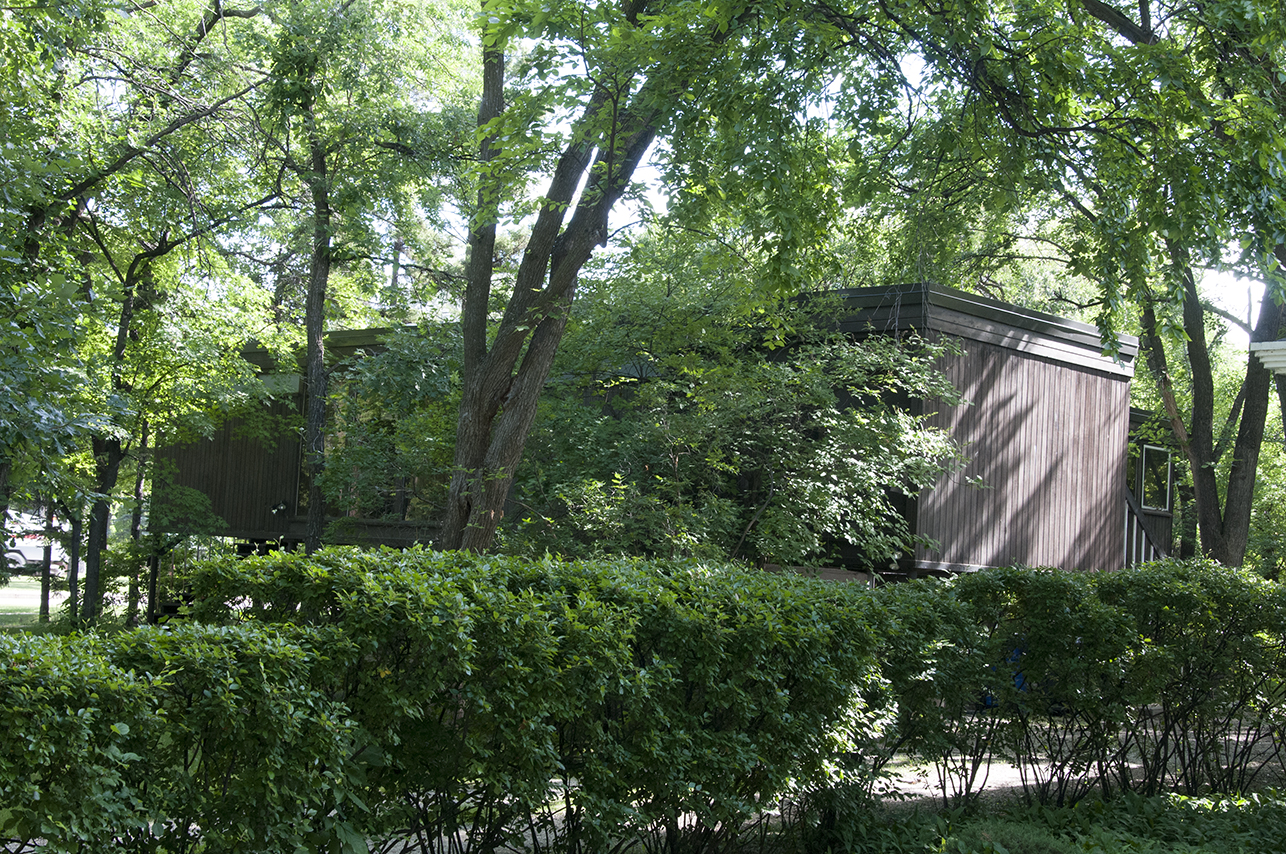 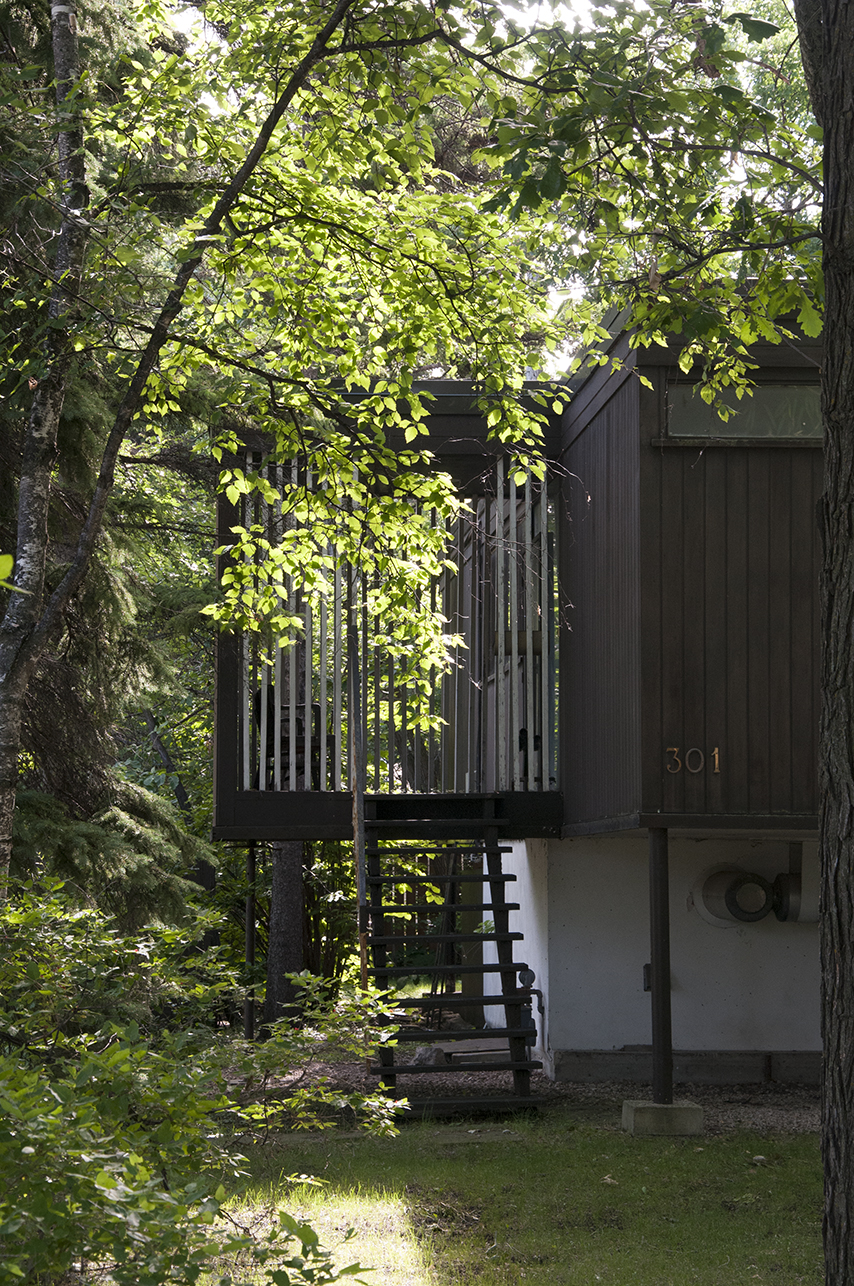 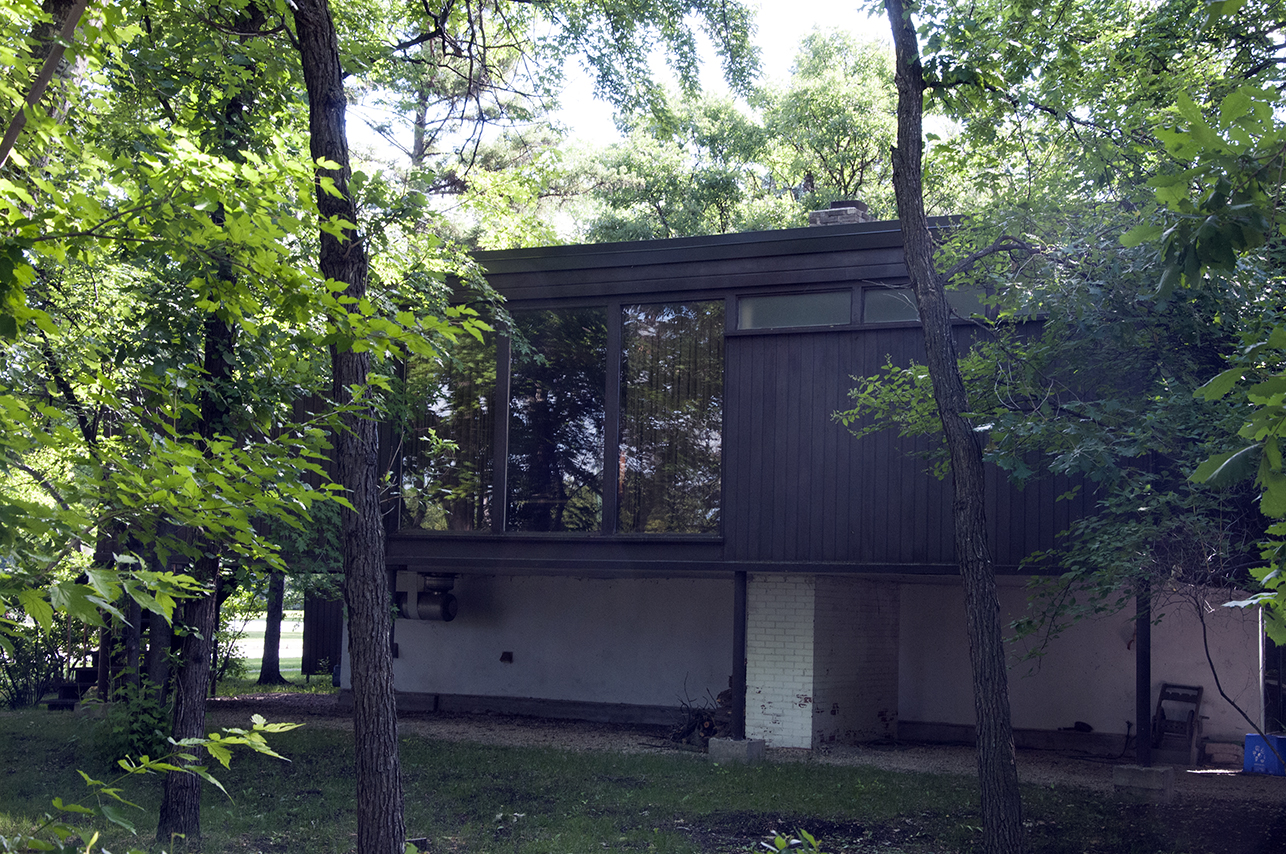 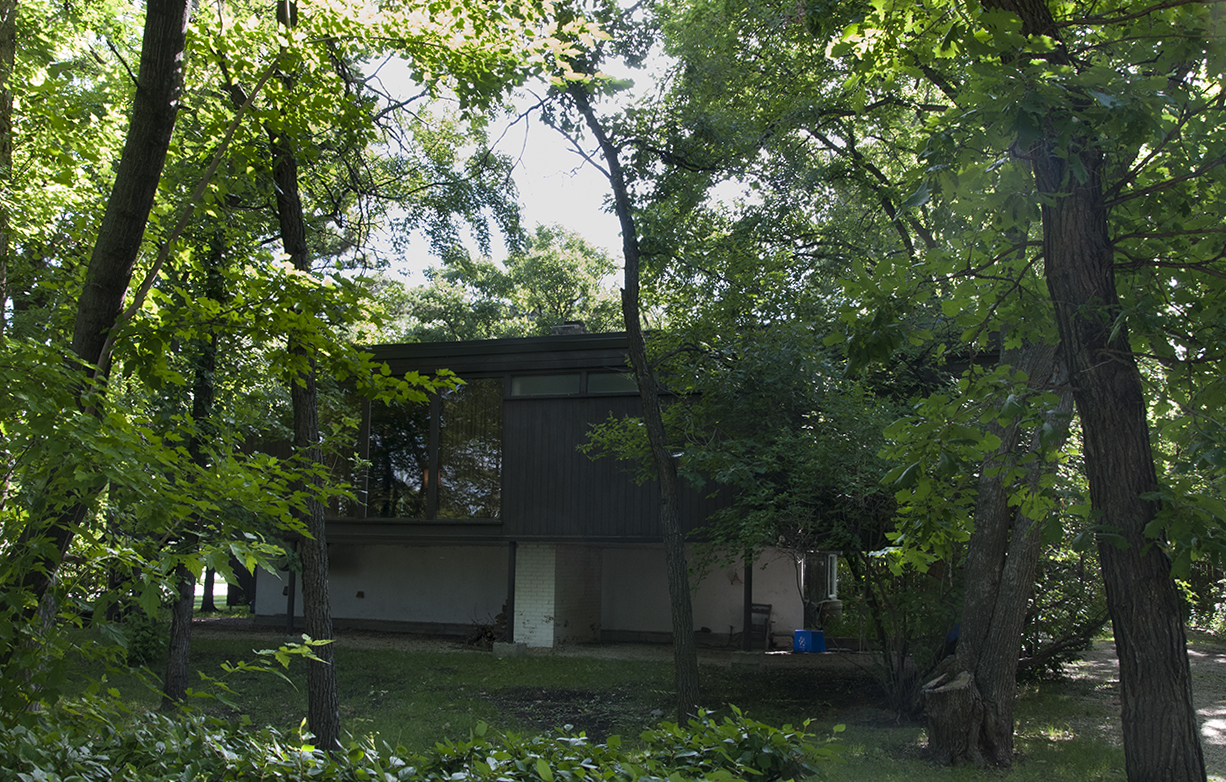 This 1955 home, built by University of Manitoba architecture professor James Donahue recalls approaches found in the work of his professor at Harvard University, Marcel Breuer. It stands as an important Winnipeg example of modernist housing.

The house is located on a well treed corner lot and was built on stilts to afford a view over the prairie scene. it is of conventional wood frame construction with cedar siding on the exterior and simple plywood and plaster finish, on the interior. In addition to utilities, the lower level originally contained a carport, lavatory and small playroom.