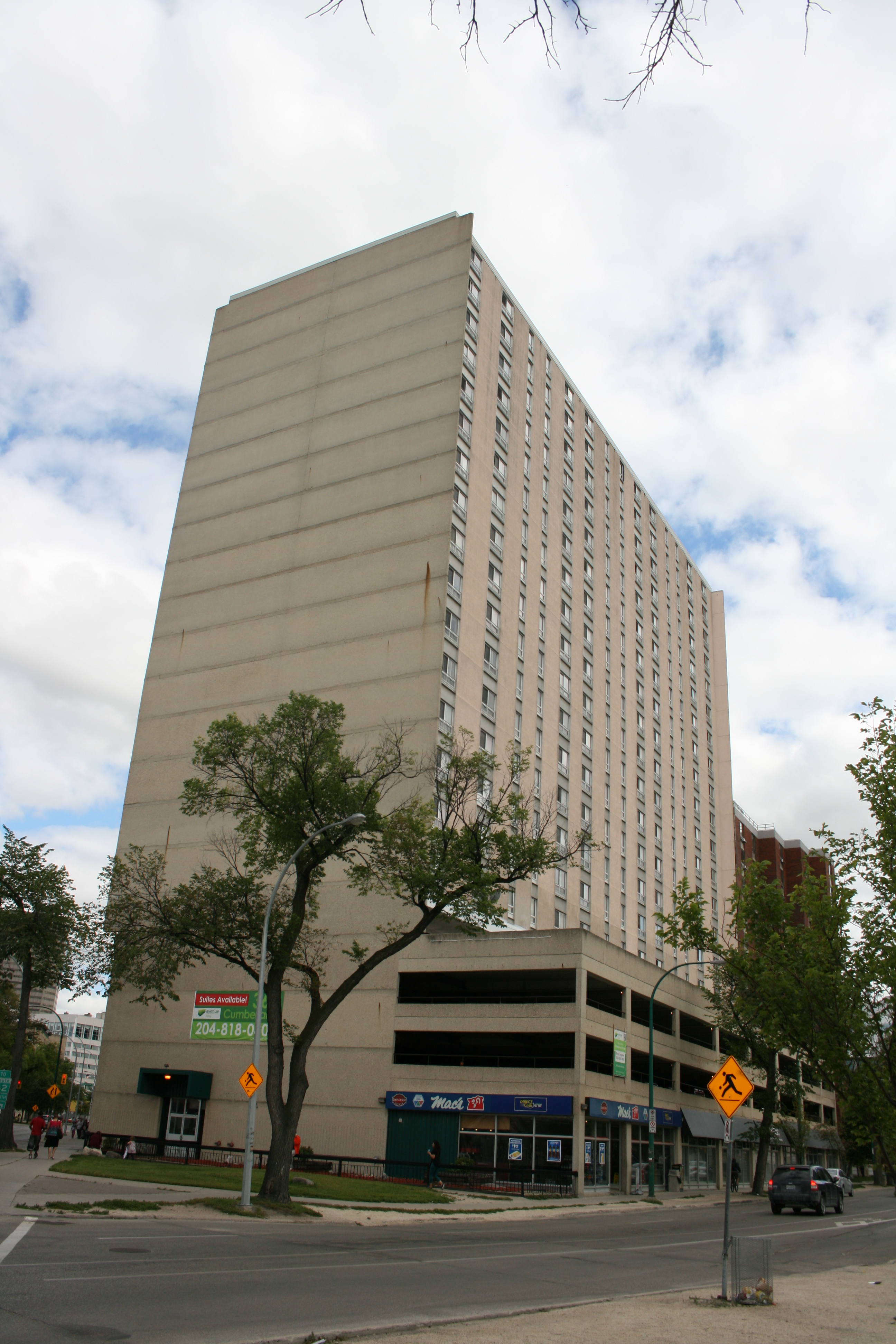 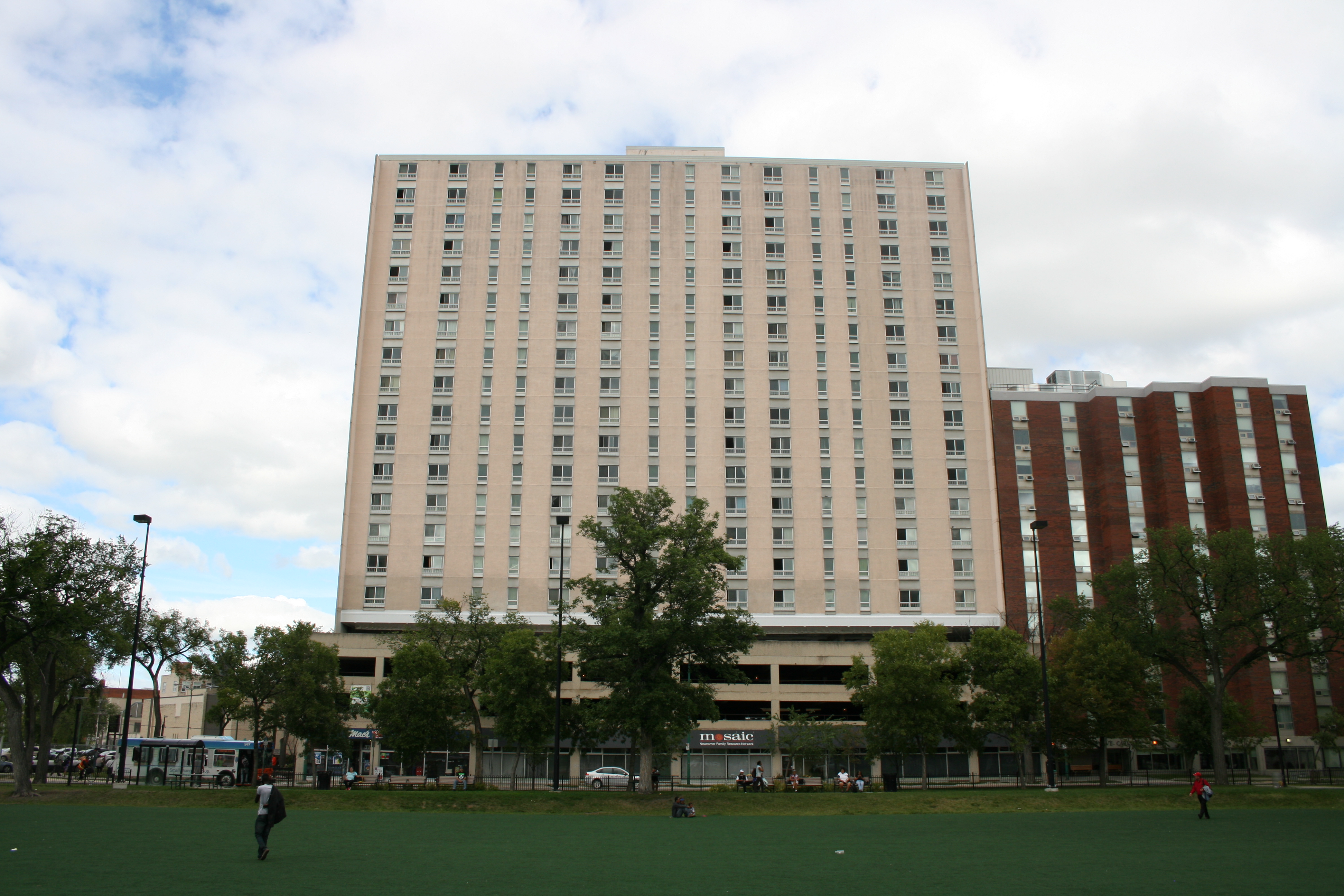 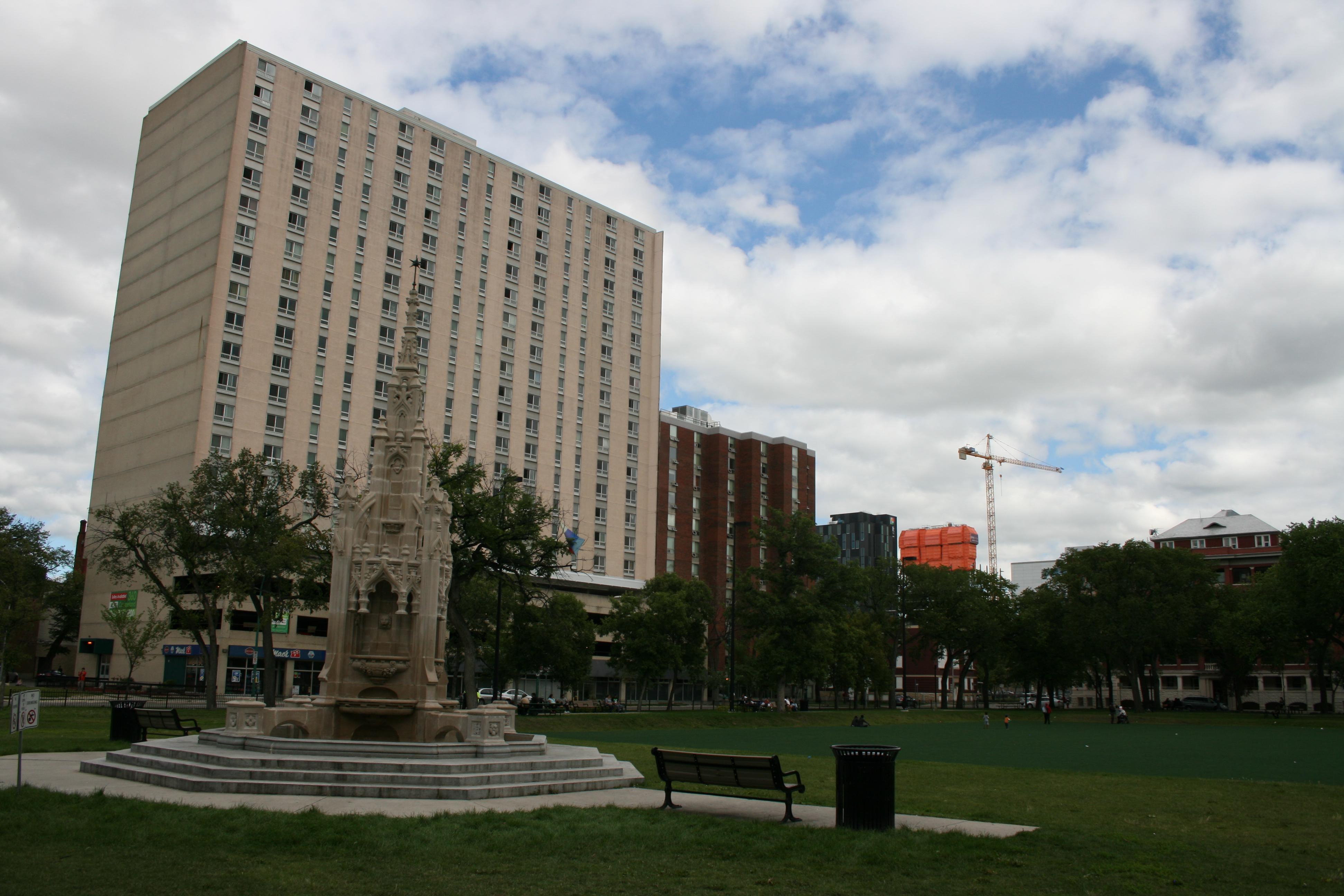 Original advertising for this tower boast of the building: "The beautiful new downtown apartment block at the suburban price... 4.9 walking minutes from Eaton's, there's an apartment block with a pool, a sauna, indoor shopping, beautifully decorated suites. The building goes up twenty stories." Cumberland House, as the tower at 360 Cumberland Street was dubbed, is a high-rise apartment tower, a common architectural type erected in Canada's post-war decades. The building's concrete construction and exterior is a familiar manifestation of the form, speaking to the modernist character of this genre of building and 360 Cumberland in particular. As the ad copy above makes clear, Cumberland House fits, as well, with the tendency for the larger examples of such buildings to have a sense of a city-within-a-city, with a number of amenities (including shops) included in the buildings program. The form of Cumberland House is oriented to Winnipeg's Central Park and it is one of a number of towers built in this area during the 1960s and 70s.