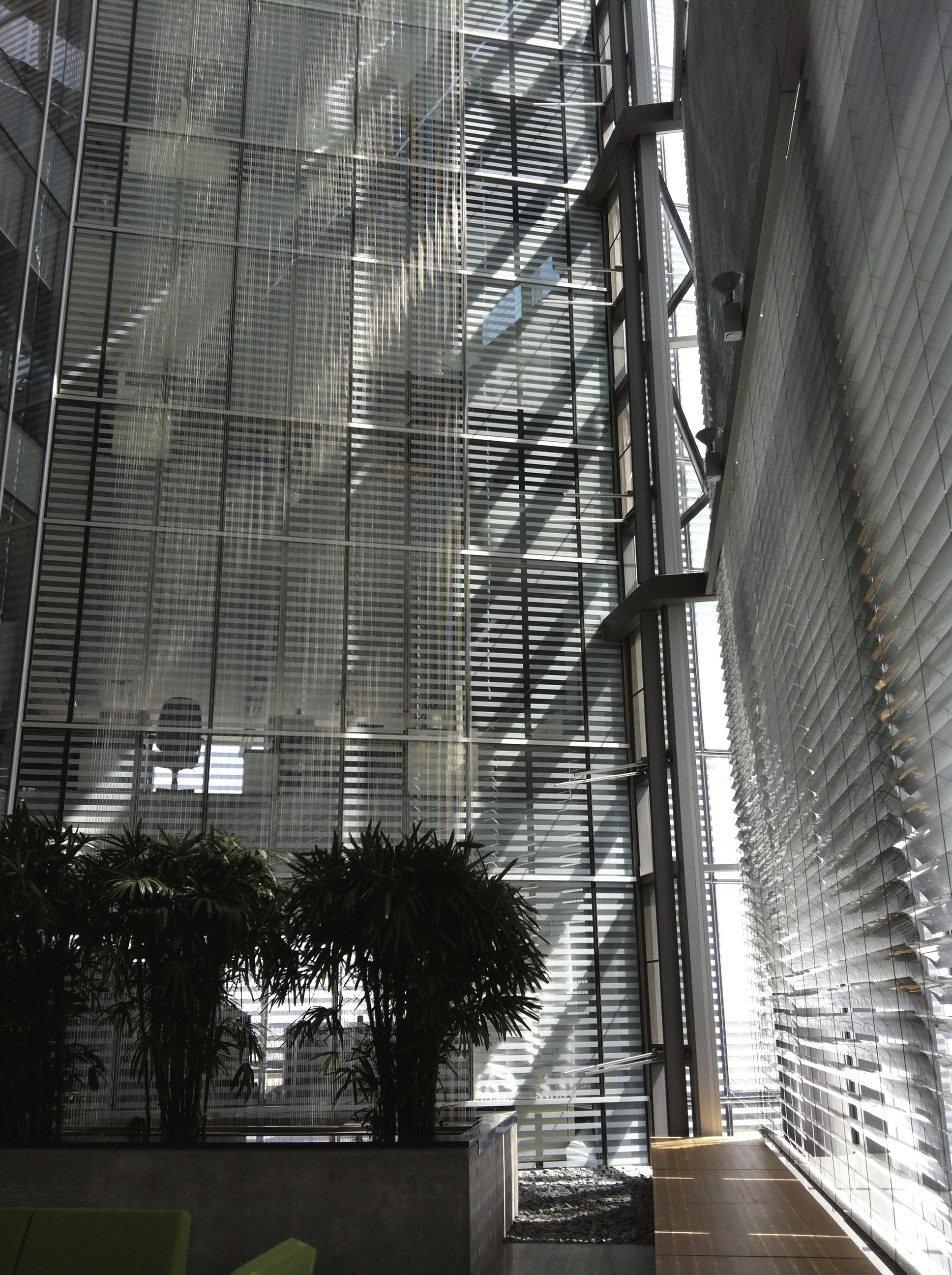 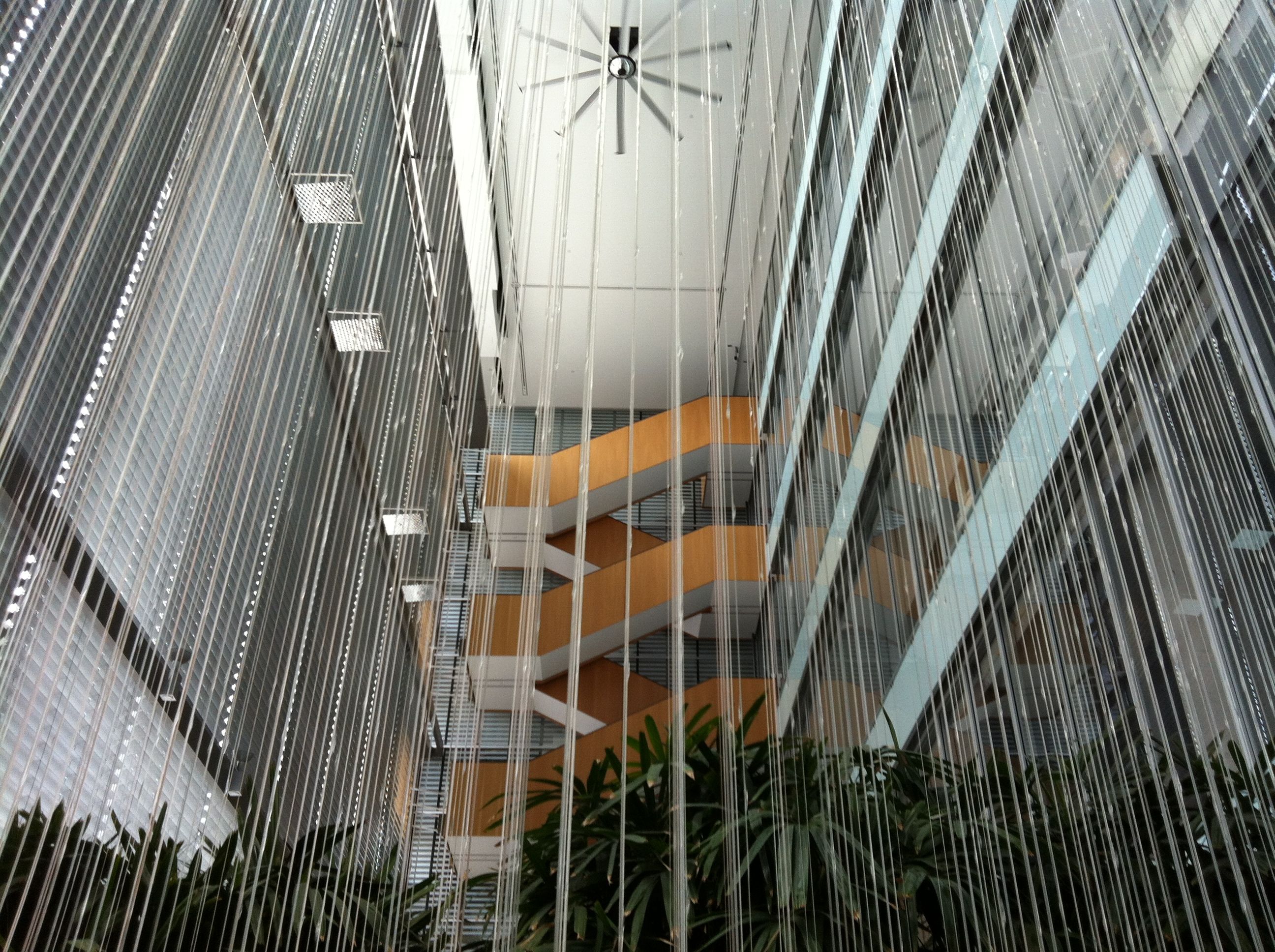 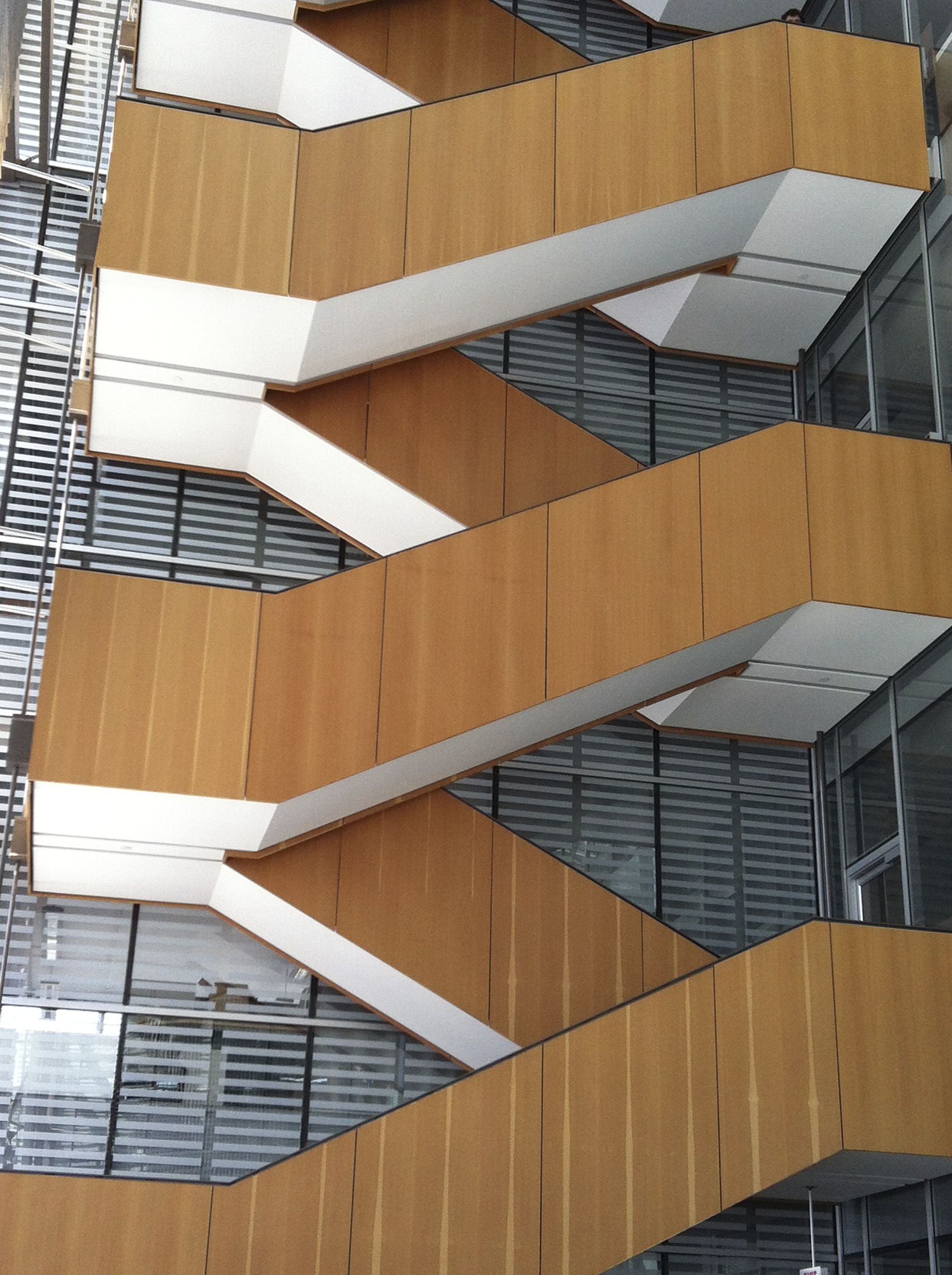 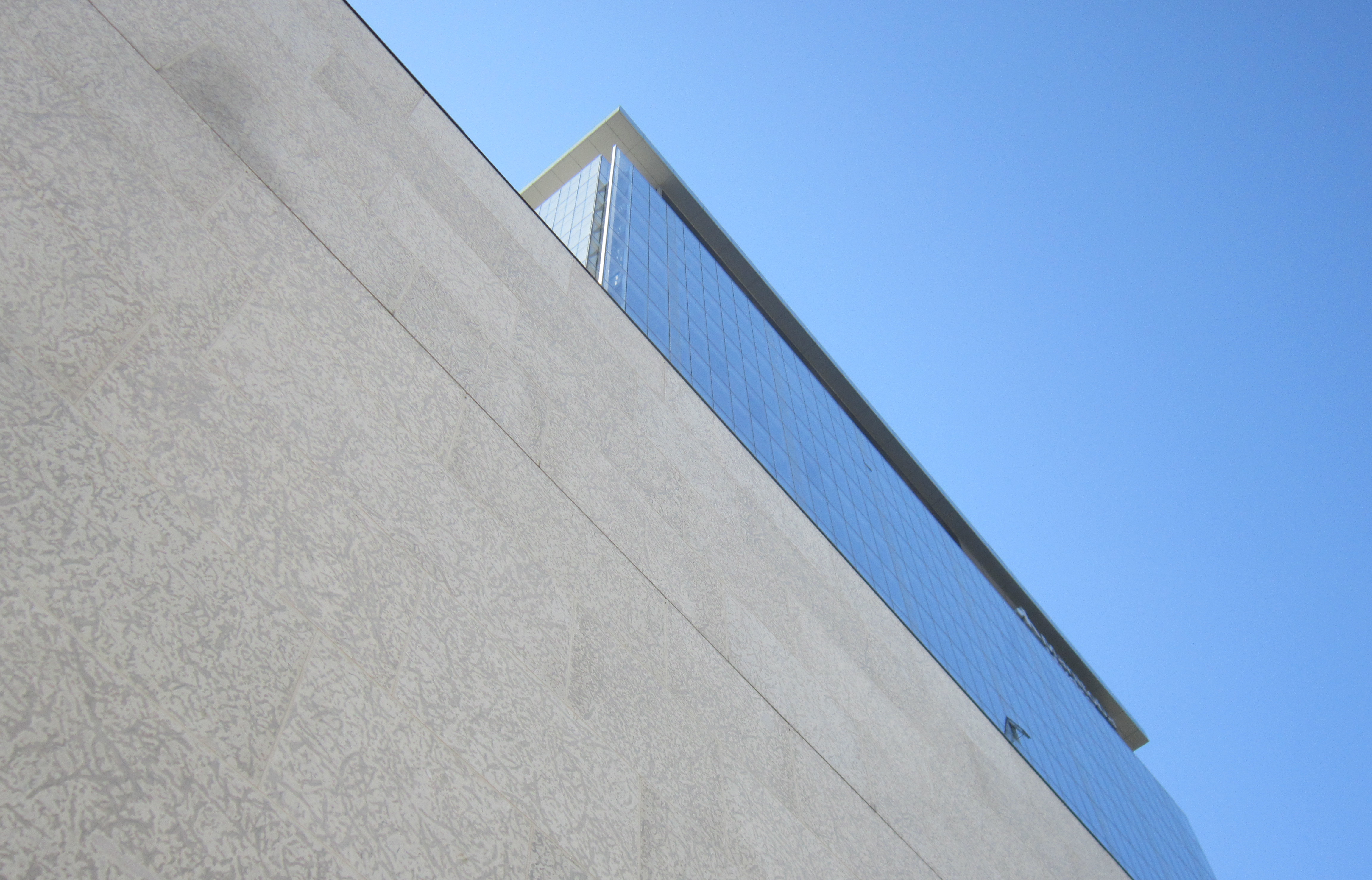 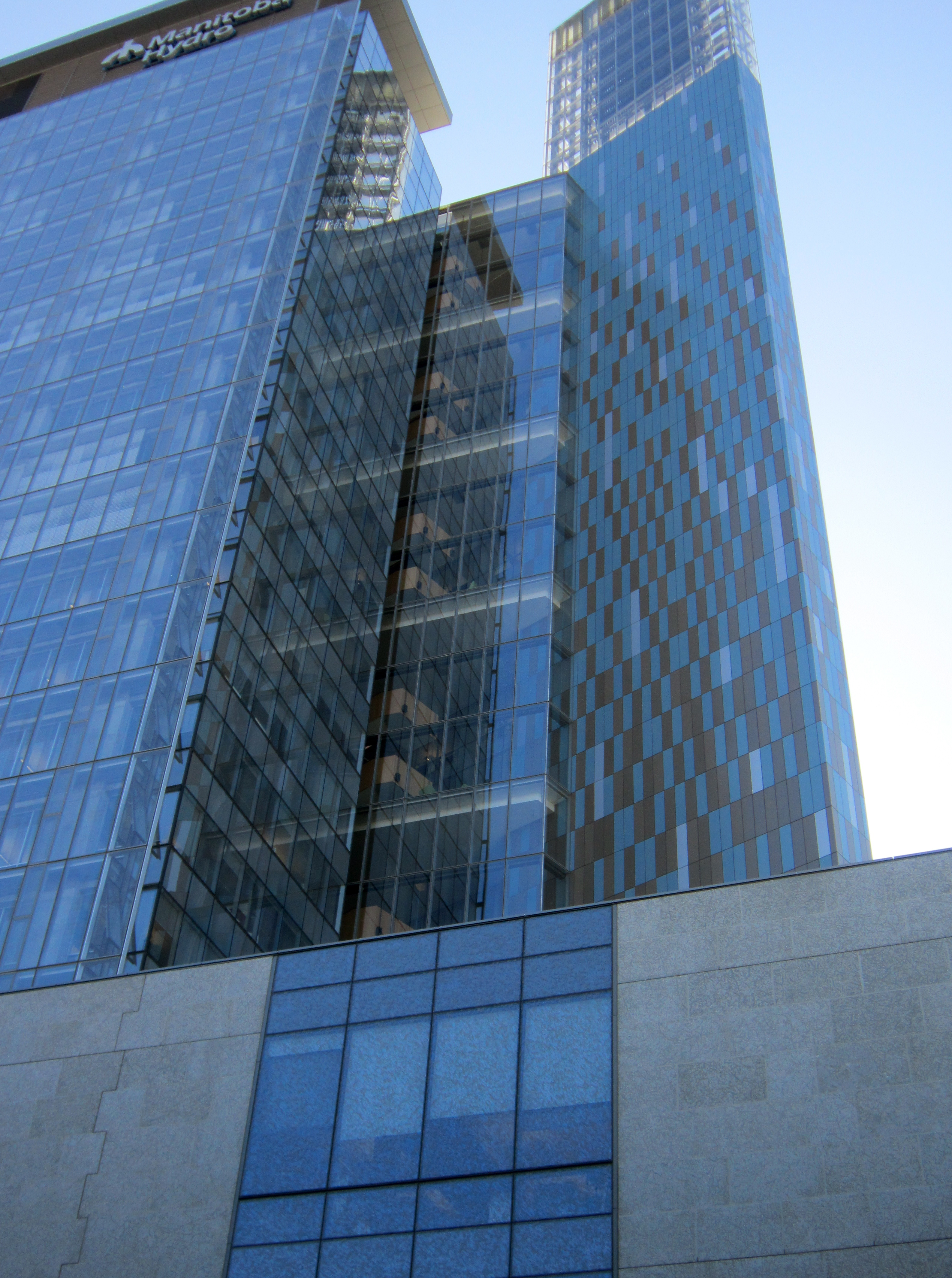 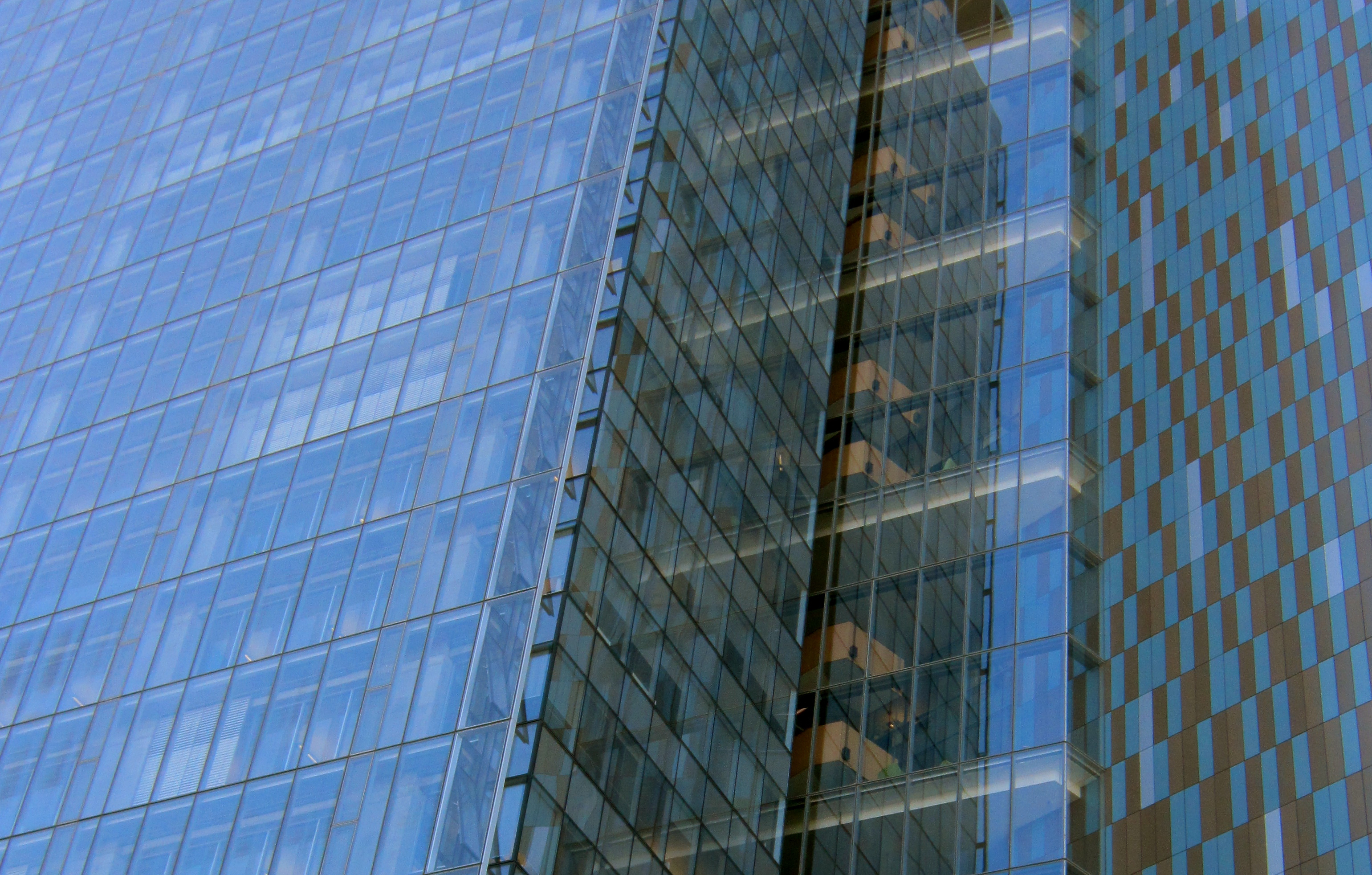 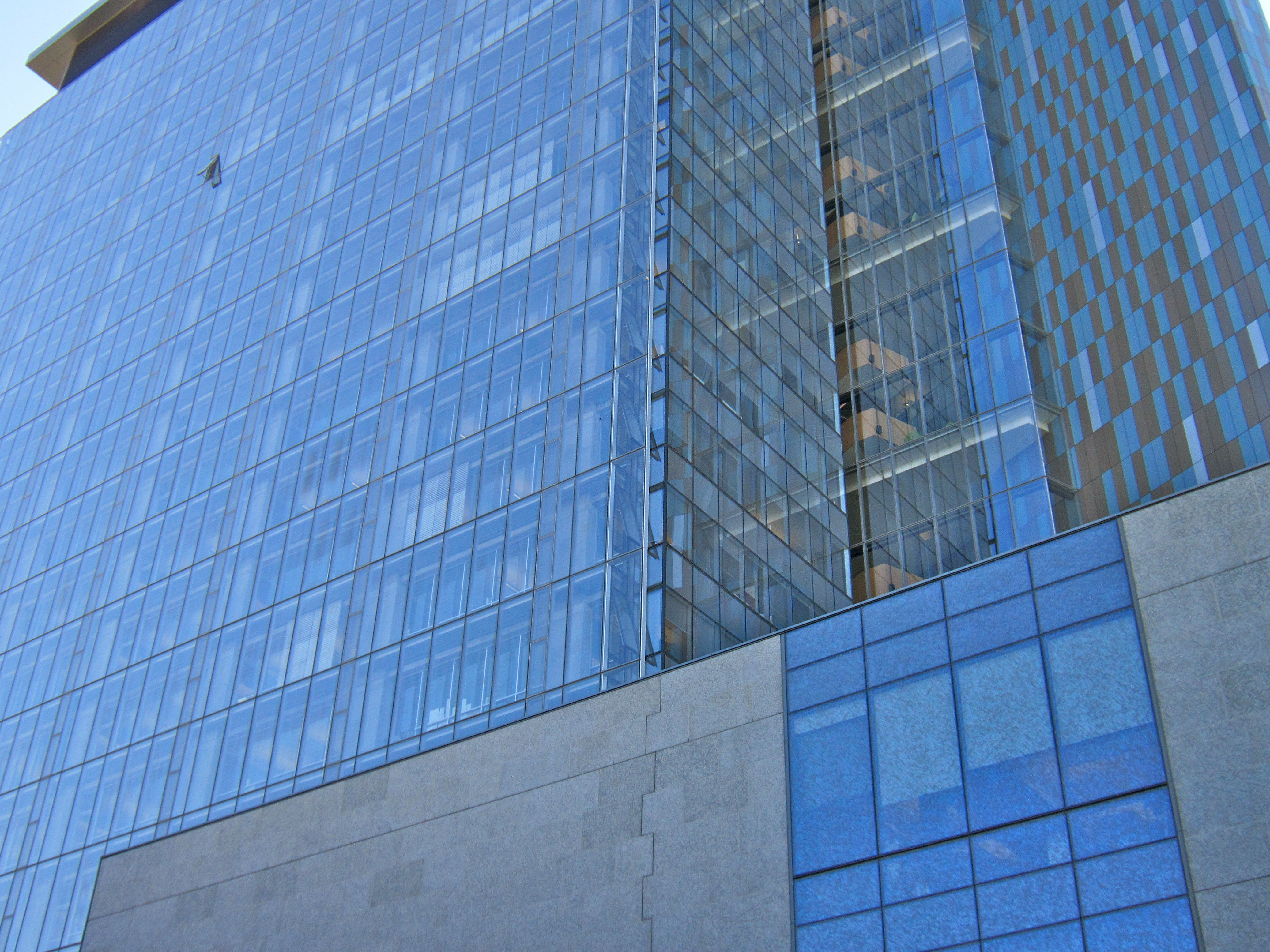 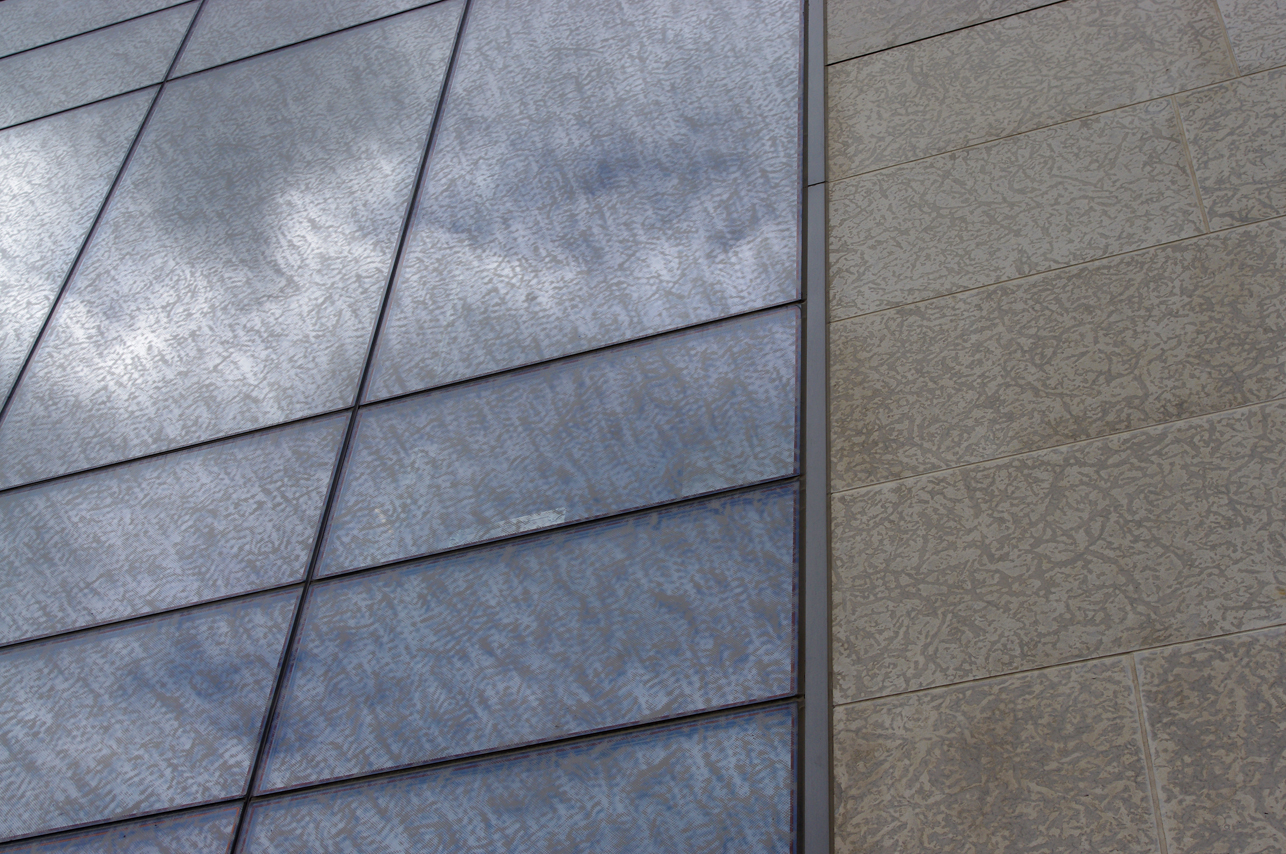 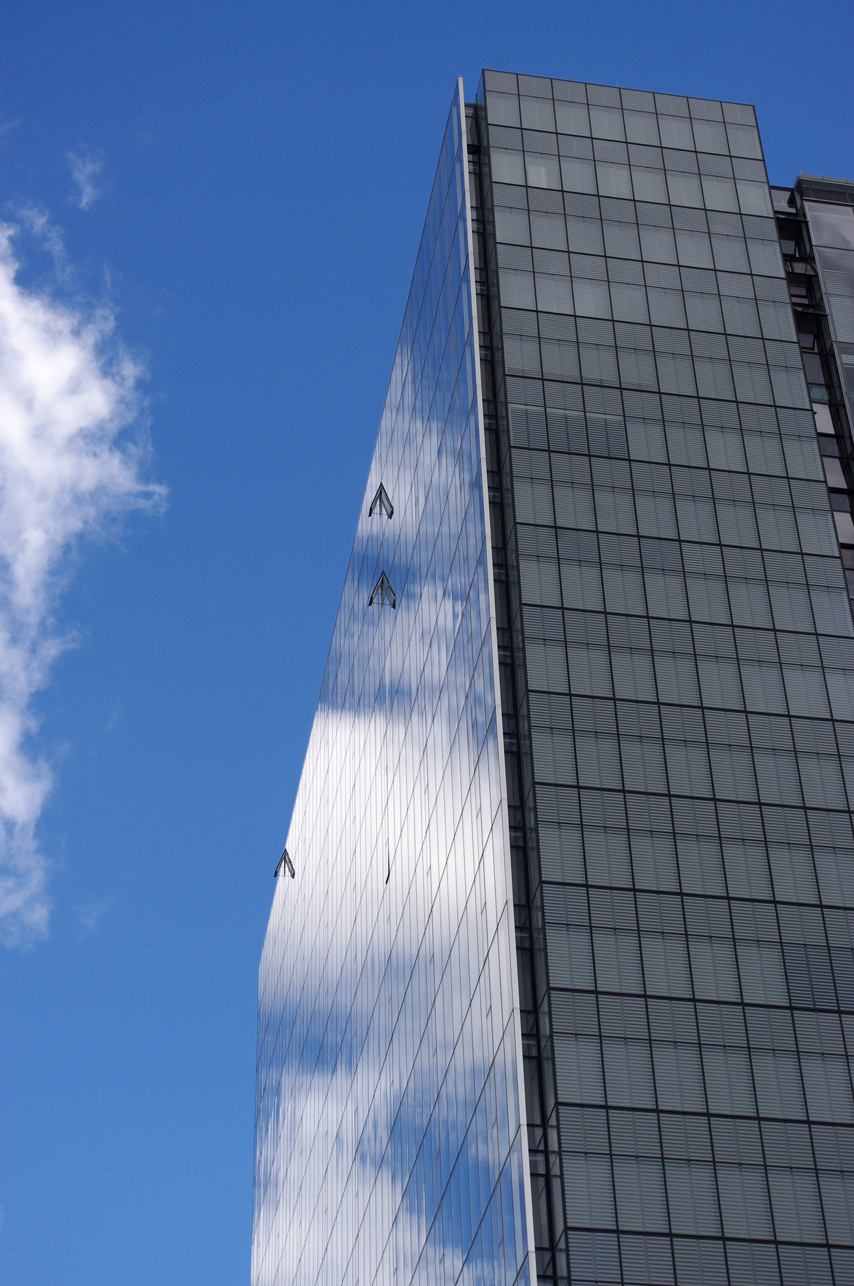 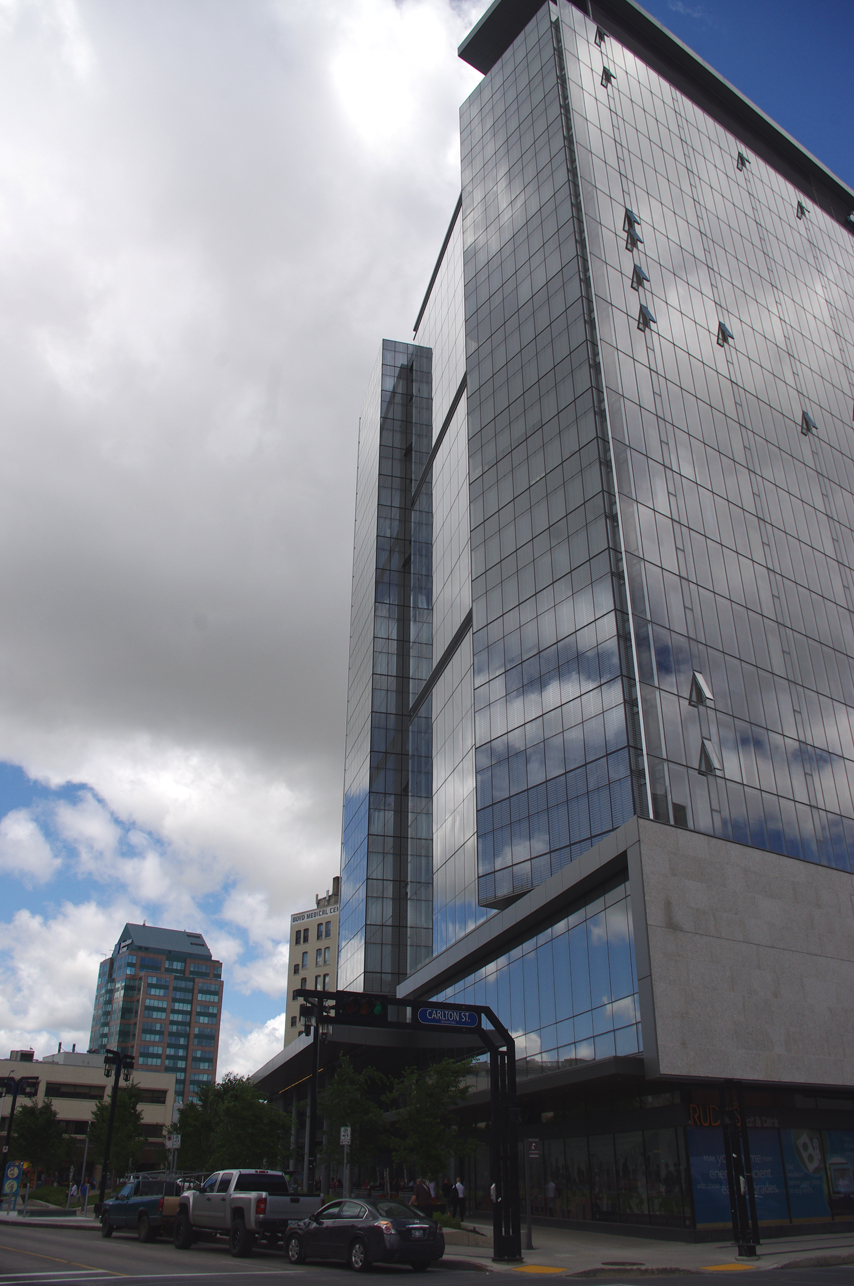 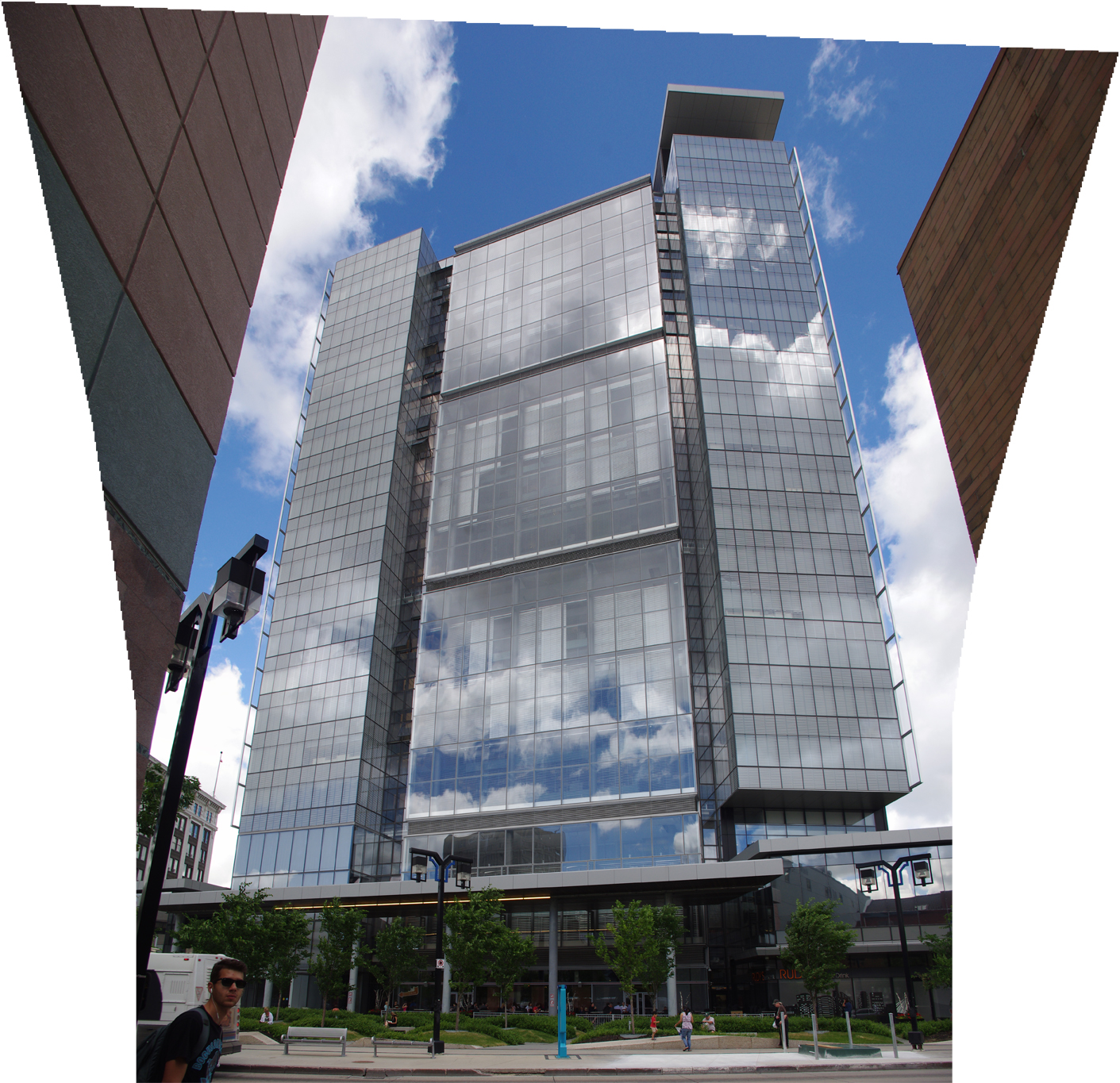 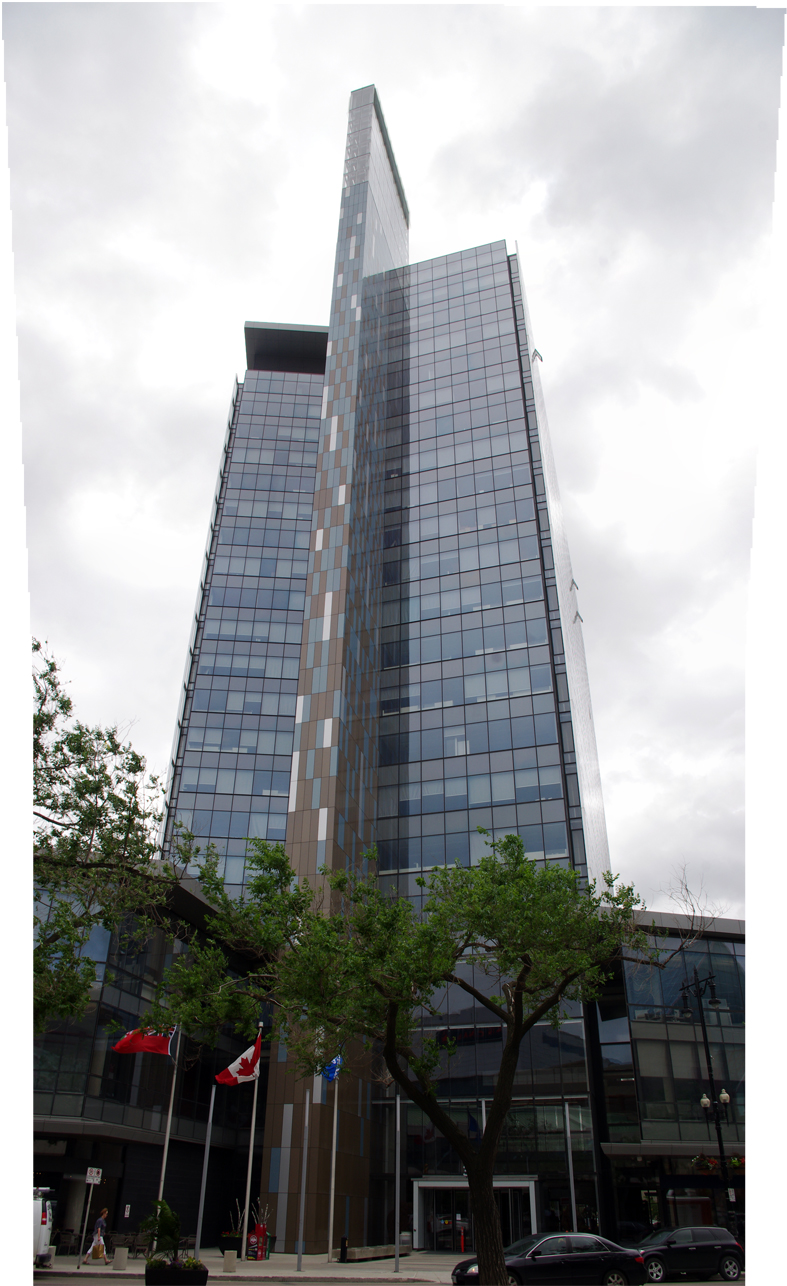 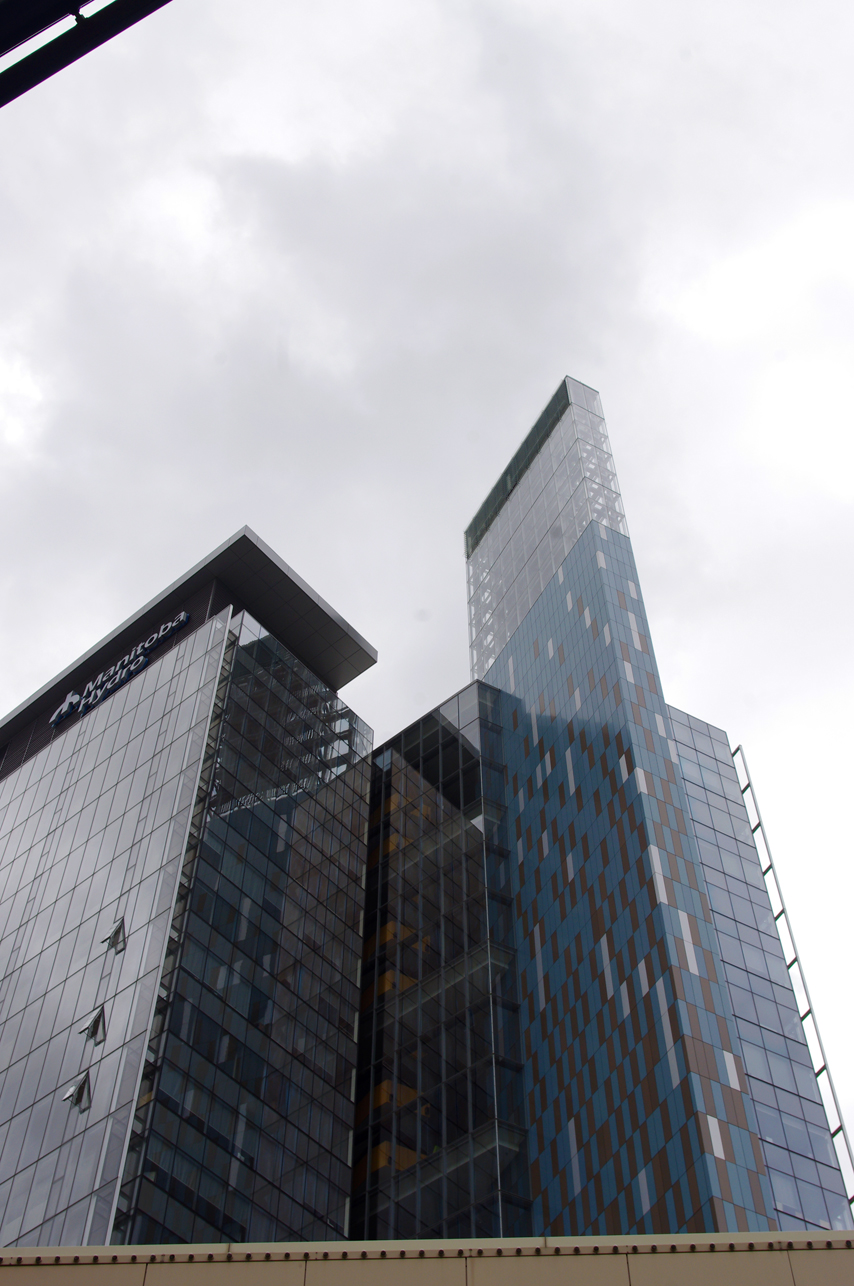 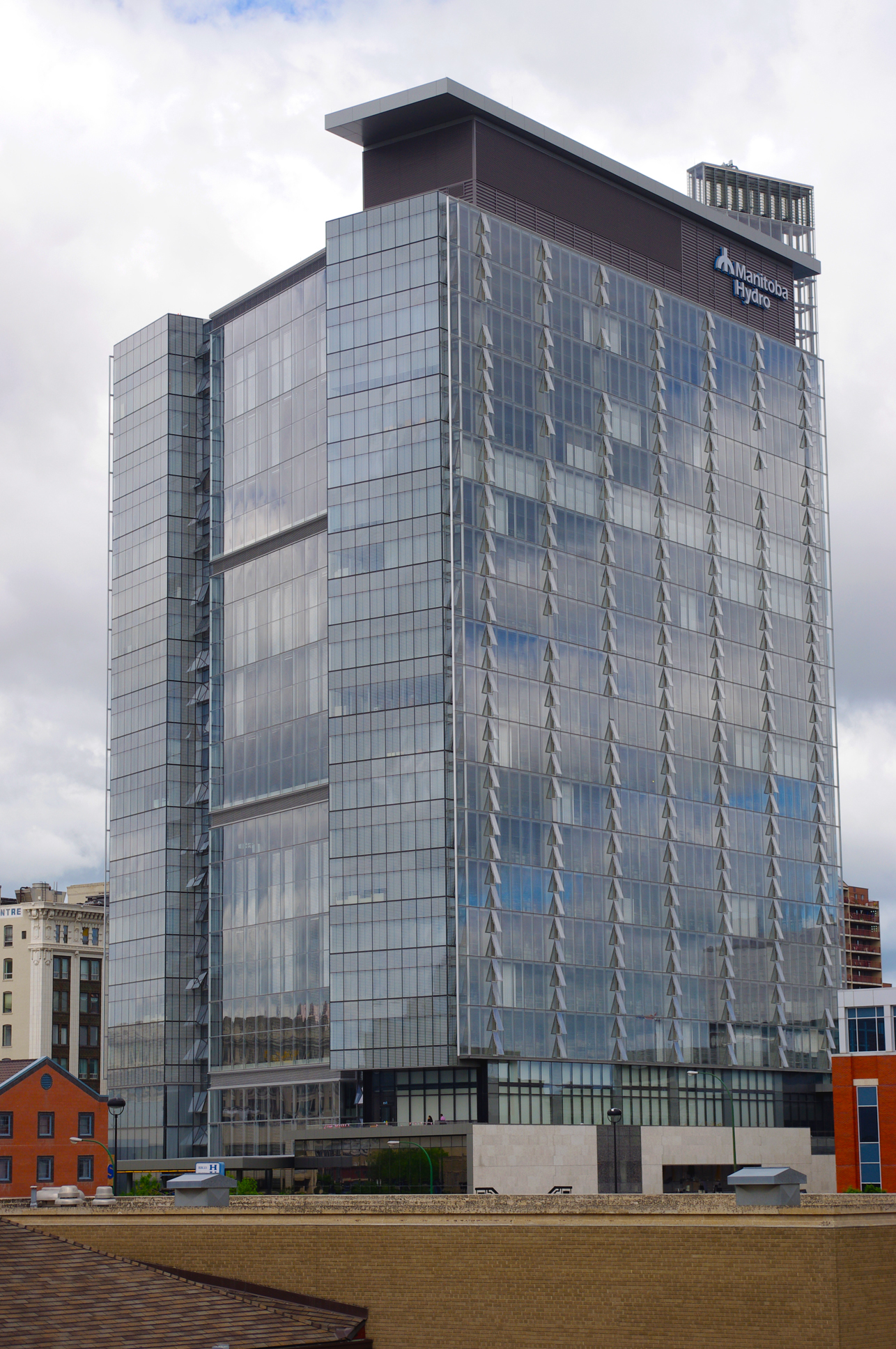 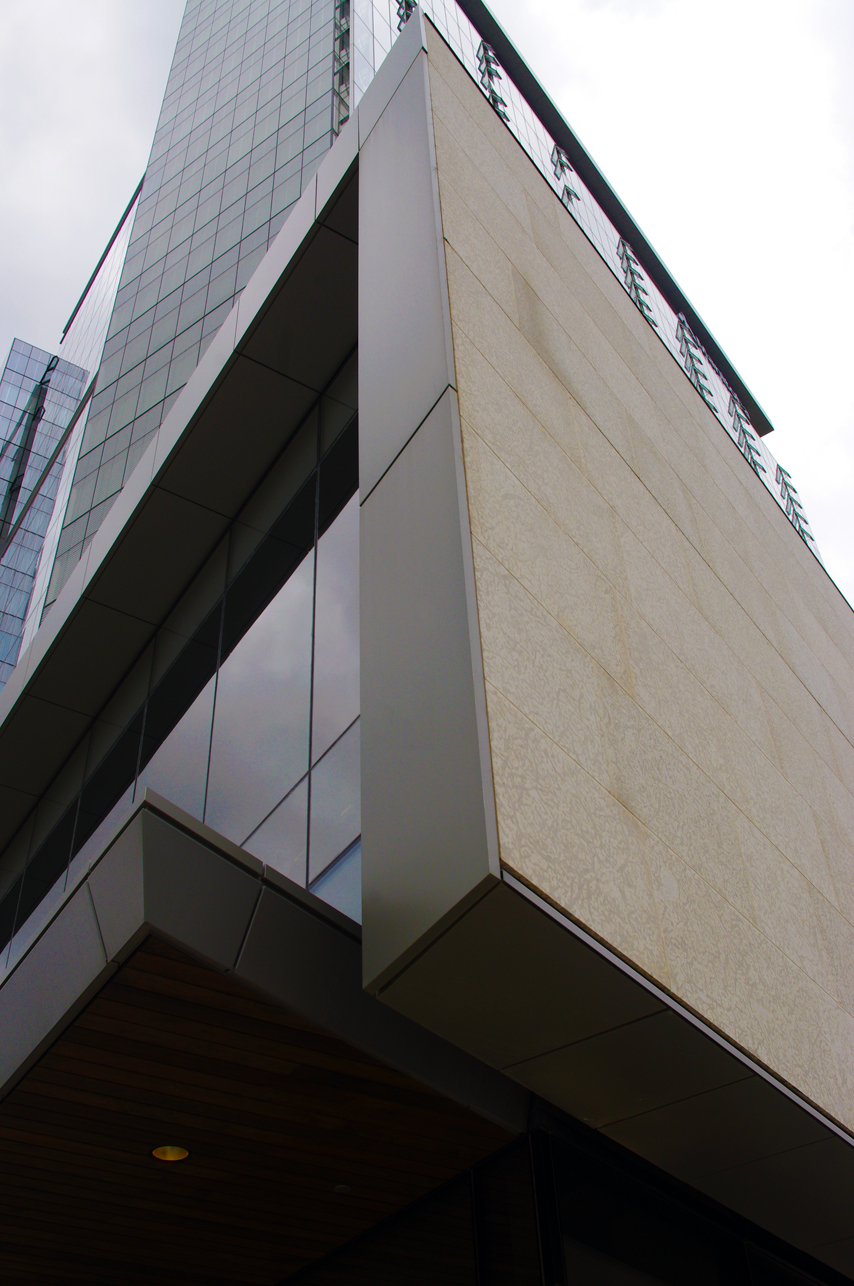 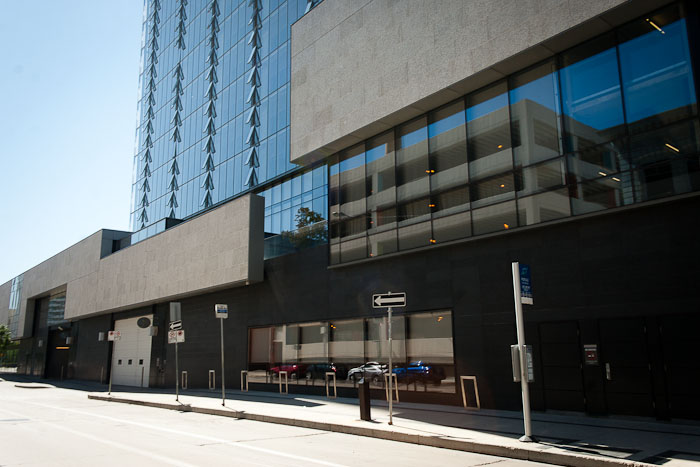 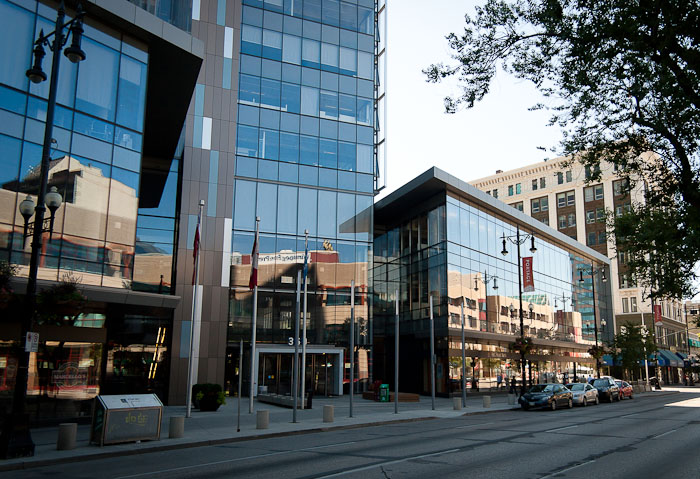 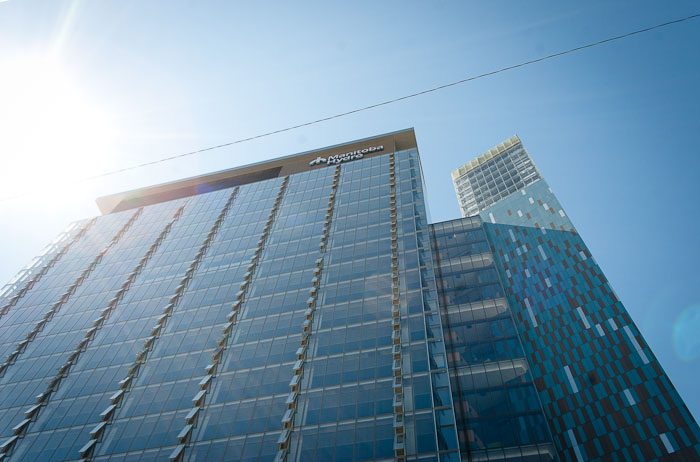 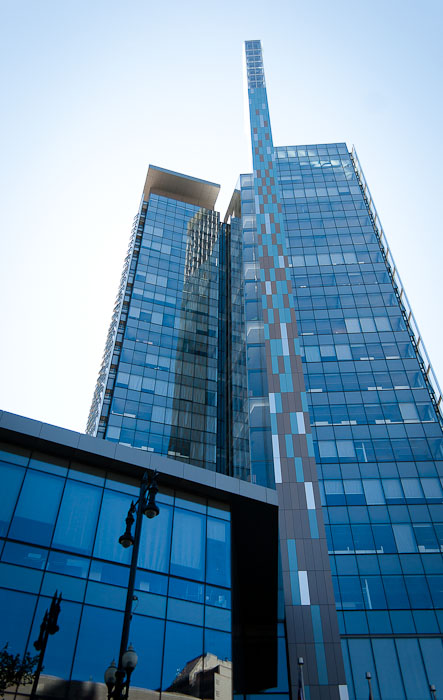 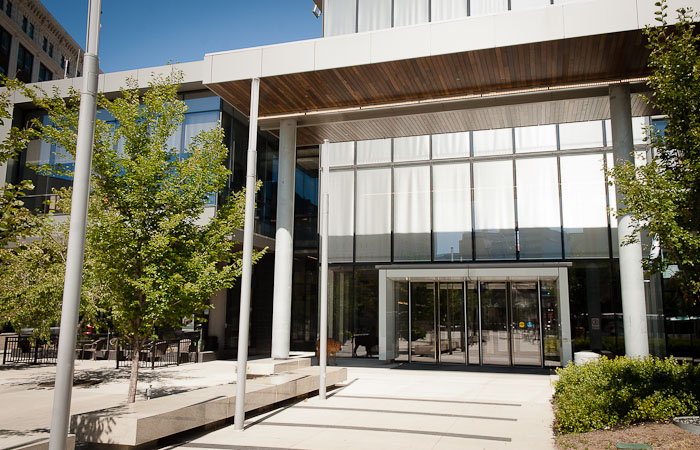 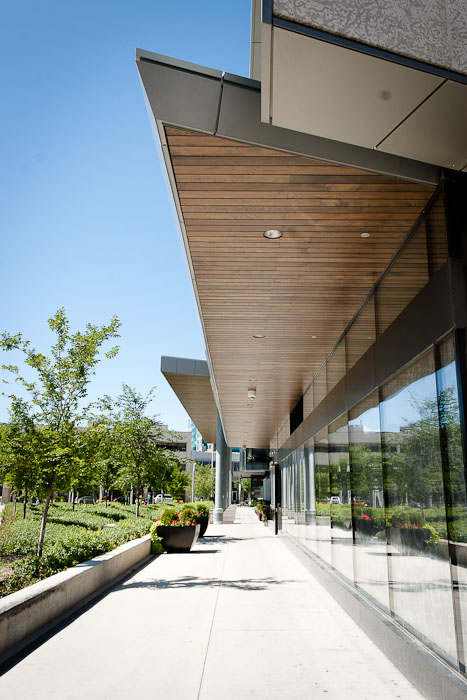 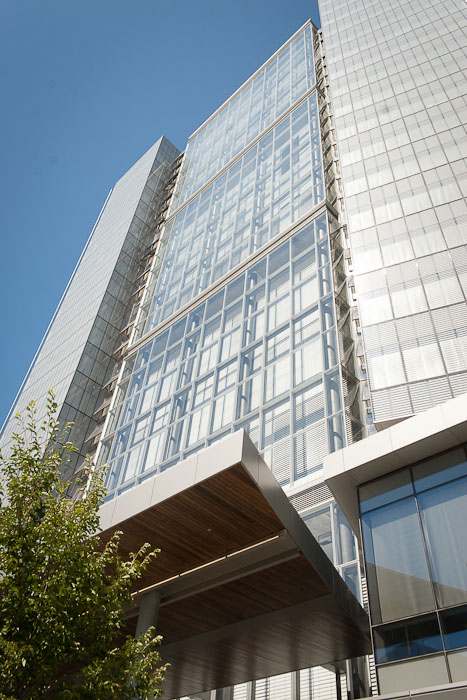 Manitoba Hydro Place is located at 360 Portage Avenue, between Edmonton and Carlton Streets and Graham and Portage Avenues. Construction was completed in September 2009 and marked the introduction of approximately 2000 previously suburban employees into Winnipeg’s downtown.

Designed by Toronto-based Kuwabara Payne McKenna Blumberg Architects with Smith Carter and Associates, the 18-storey steel and concrete structure rises over a three-storey podium. In plan the building is triangular-shaped, with two east-west oriented office blocks, separated by a central service core. A double-walled facade with operable glazing is the only double wall designed in this fashion in the world. The solar chimney at the north of the building is clad in tri-coloured aluminum which transitions from bronze at the tower's base to a silvery blue, intended to mimic both the movement of air up the 115-foot solar chimney and the flow of water that is Manitoba Hydro's legacy.

The Graham Avenue entrance is framed by a designed landscape. Entering into the lower level, a pedestrian-accessible concourse links both Graham and Portage Avenues, and connects, on the second level, to Winnipeg's downtown skywalk network.

Technically complex, the building’s energy-efficient design has garnered acclaim. The overall form of the building, and many of the finishes, both interior and exterior, were selected to accommodate Hydro's primary desire for state-of-the-art energy efficiency, and the LEED framework. Manitoba Hydro Place is the most energy-efficient office tower in North America and is the first and only office tower in Canada with LEED Platinum certification.