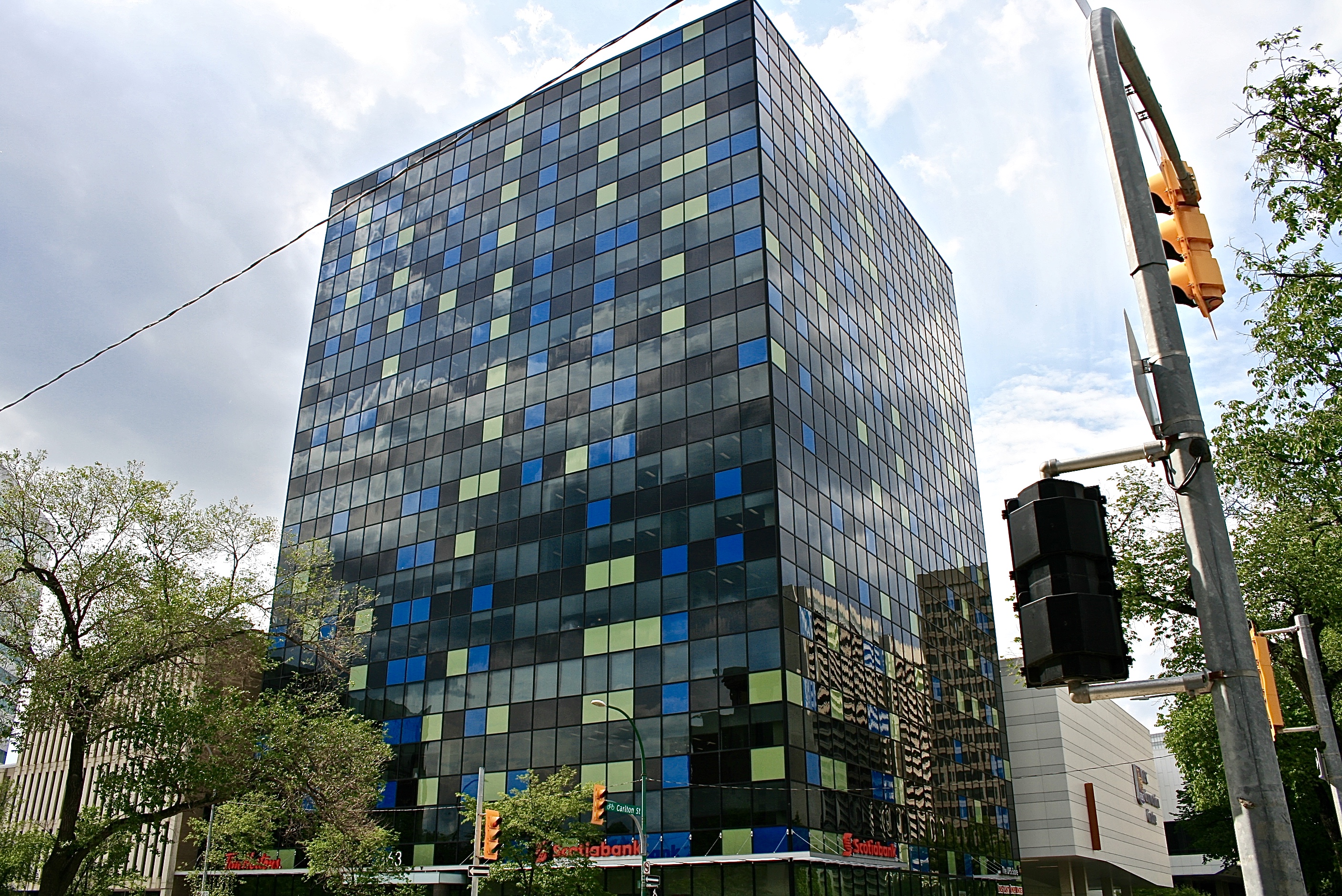 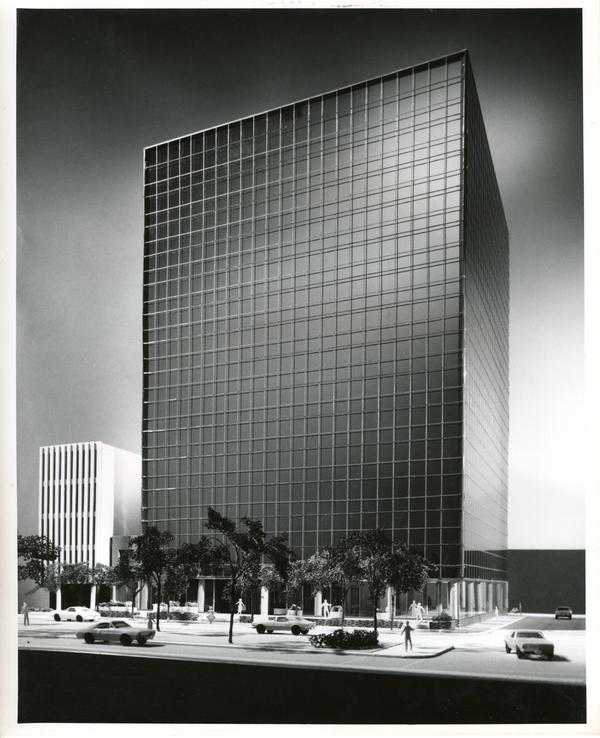 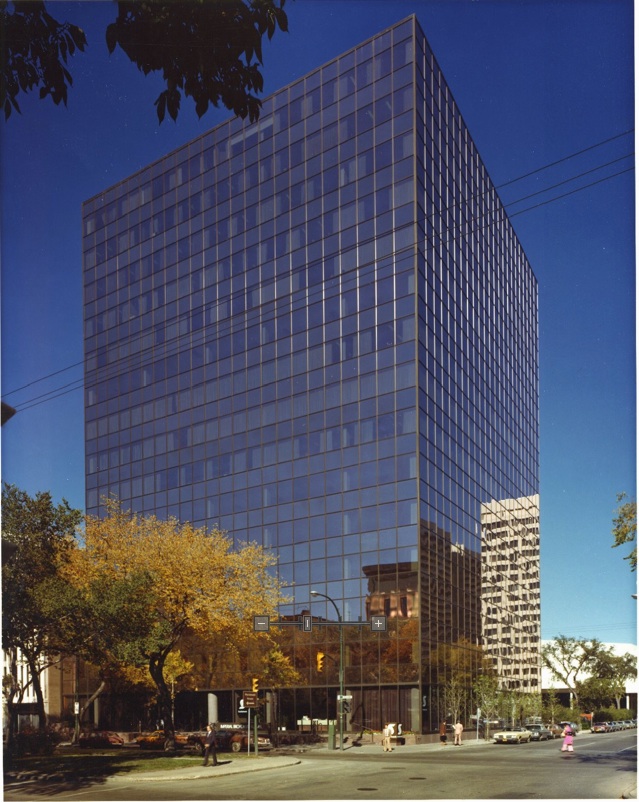 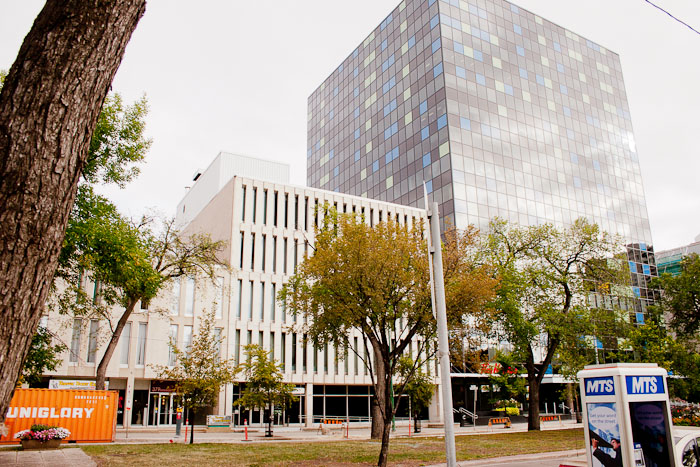 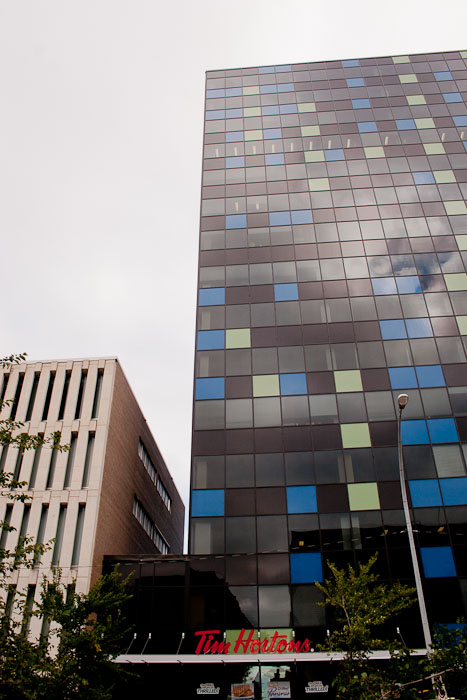 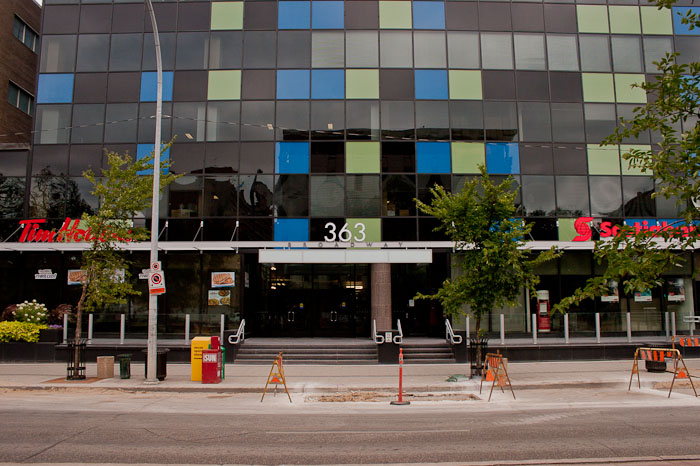 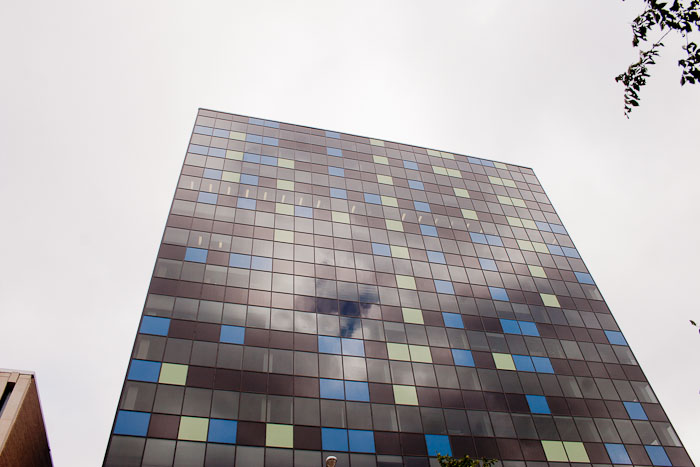 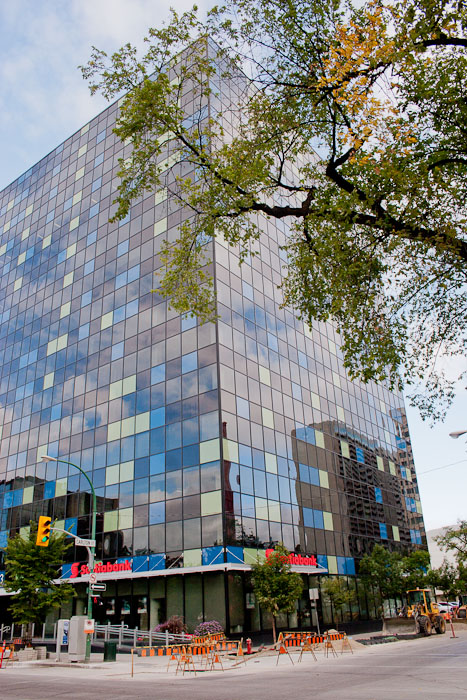 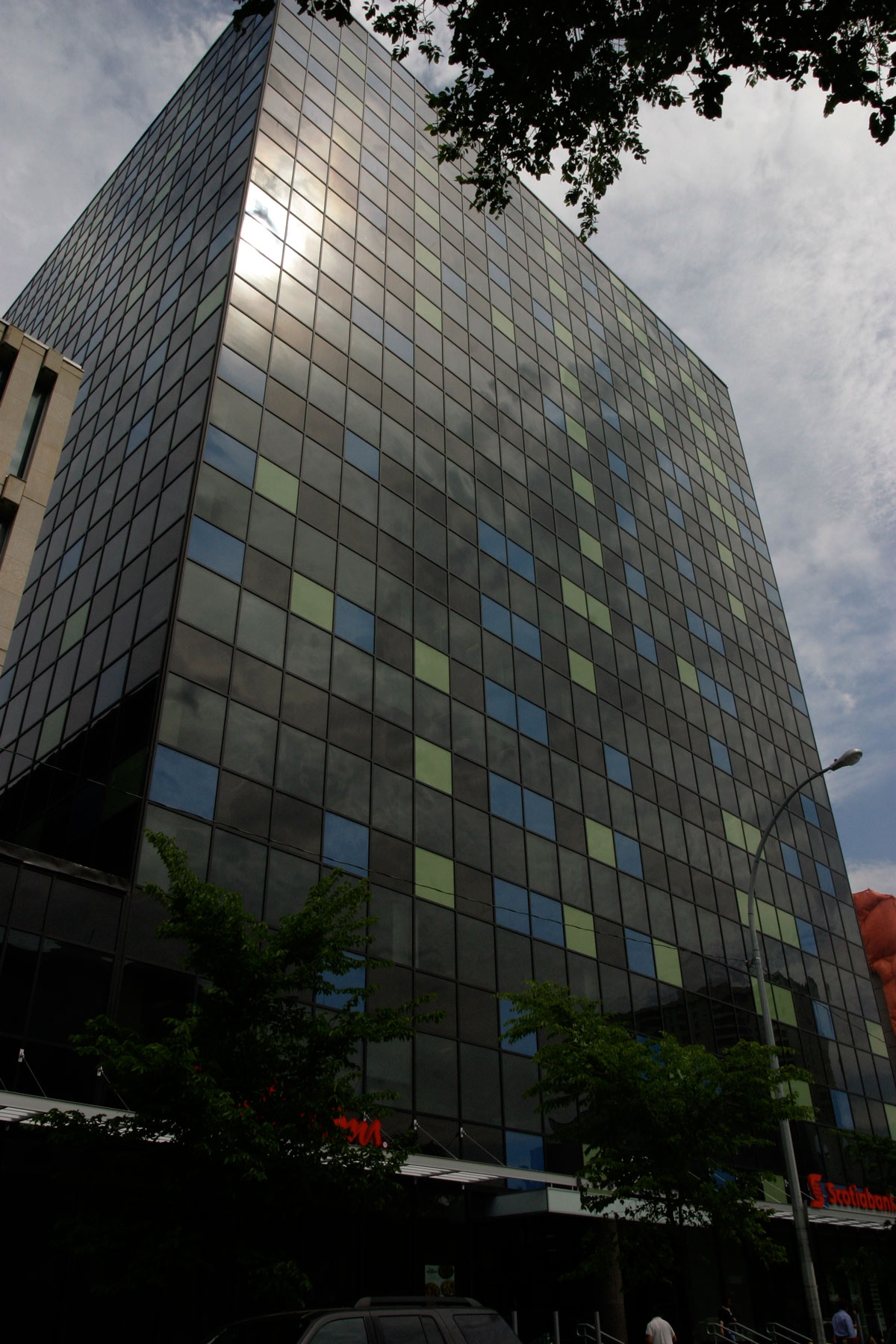 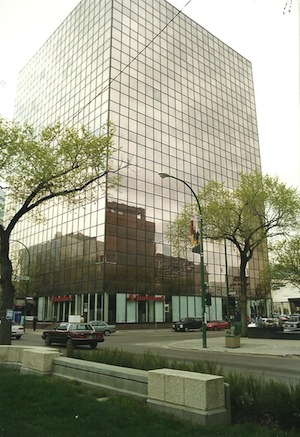 The Imperial Office Tower was commissioned and built between 1975 and 1977 by the Imperial Group, a small but aggressive realty development company. The Imperial Group began in 1954 as a modest contracting firm. Headed by Don and Garry Gales, along with developer Saul. B. Ziterman and architect Gerald Libling. The group also developed a number of apartment towers around the city including Lakeshore Park Apartments (Fort Richmond), St. Vital Villa, Peppertree Estates (St. Vital) and Place Louis Riel.

With its internal steel skeleton, the all-glass office tower further conceals its podium behind plate glass. The original appearance of the building was of a grid wrapped around all four sides, with panels of reflective glass alternating with slightly narrower window panels of the same bronze finish, forming the appearance of a curtain wall with the illusion of no substance at all. The planned height of the structure initially delayed approval of the project, as there appeared to be a common understanding that buildings on Broadway were not to block the view of the Golden Boy, although this doesn’t appear to have been formally legislated as a building by-law. It was later determined that the building was, in fact, shorter than the ornament topping the Legislative Building.

The original building featured a reflective bronze-glass office tower, an evolved variation of many of the major office buildings along Broadway. However, renovation to the façade by local firm Smith Carter in 2011 has completely altered the original design of the building. The new windows are more energy-efficient and allow sixty percent more daylight into the interior of the building.