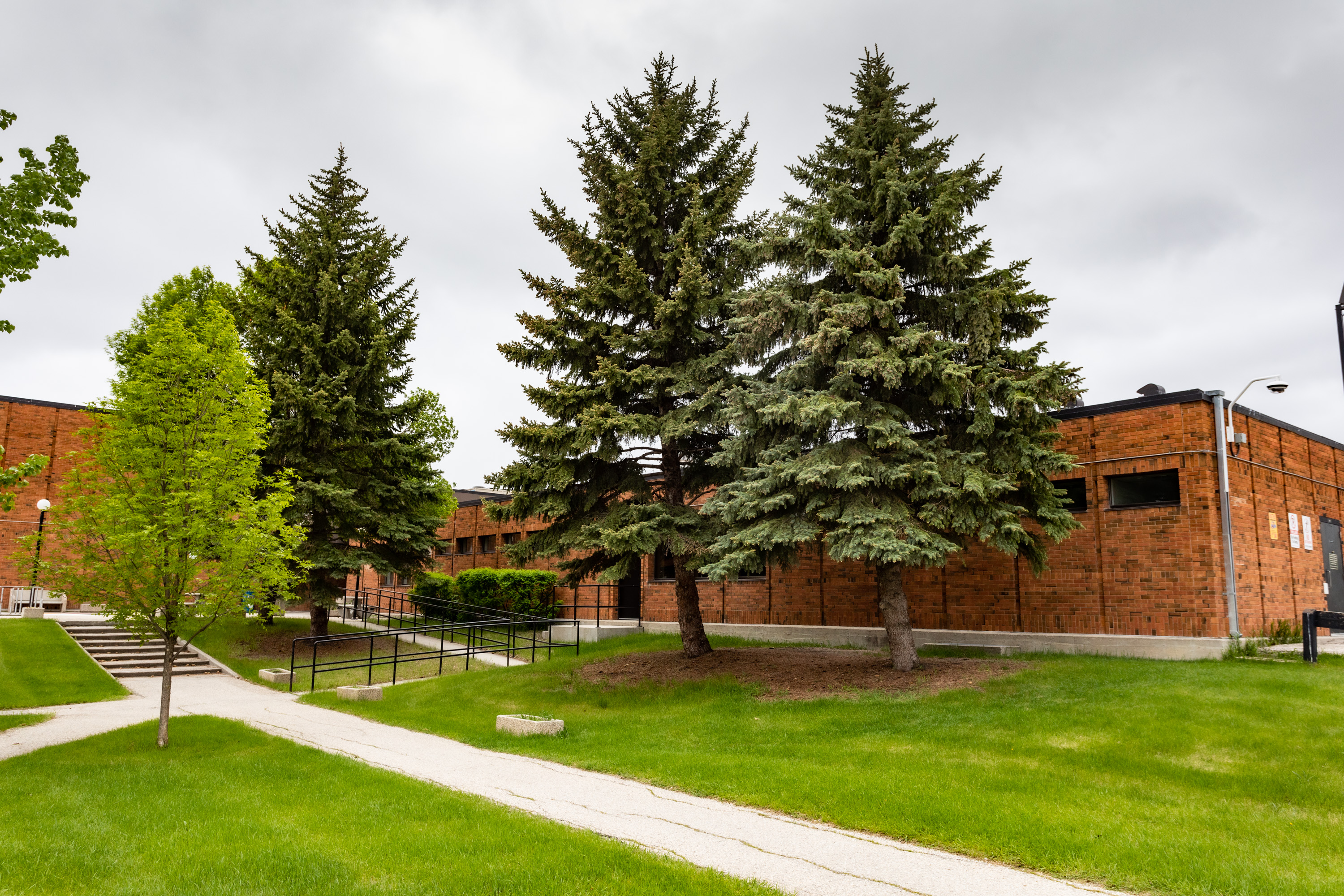 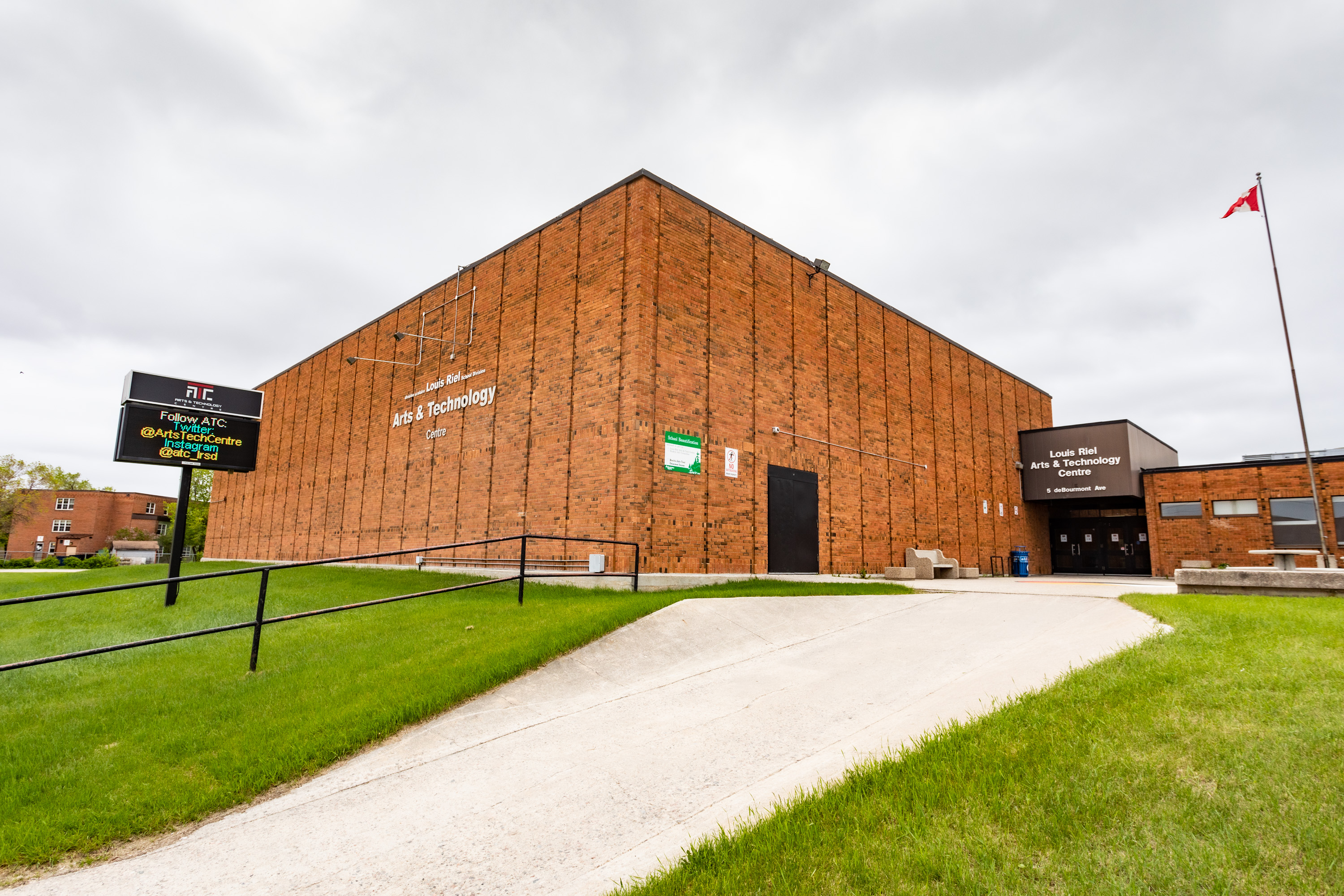 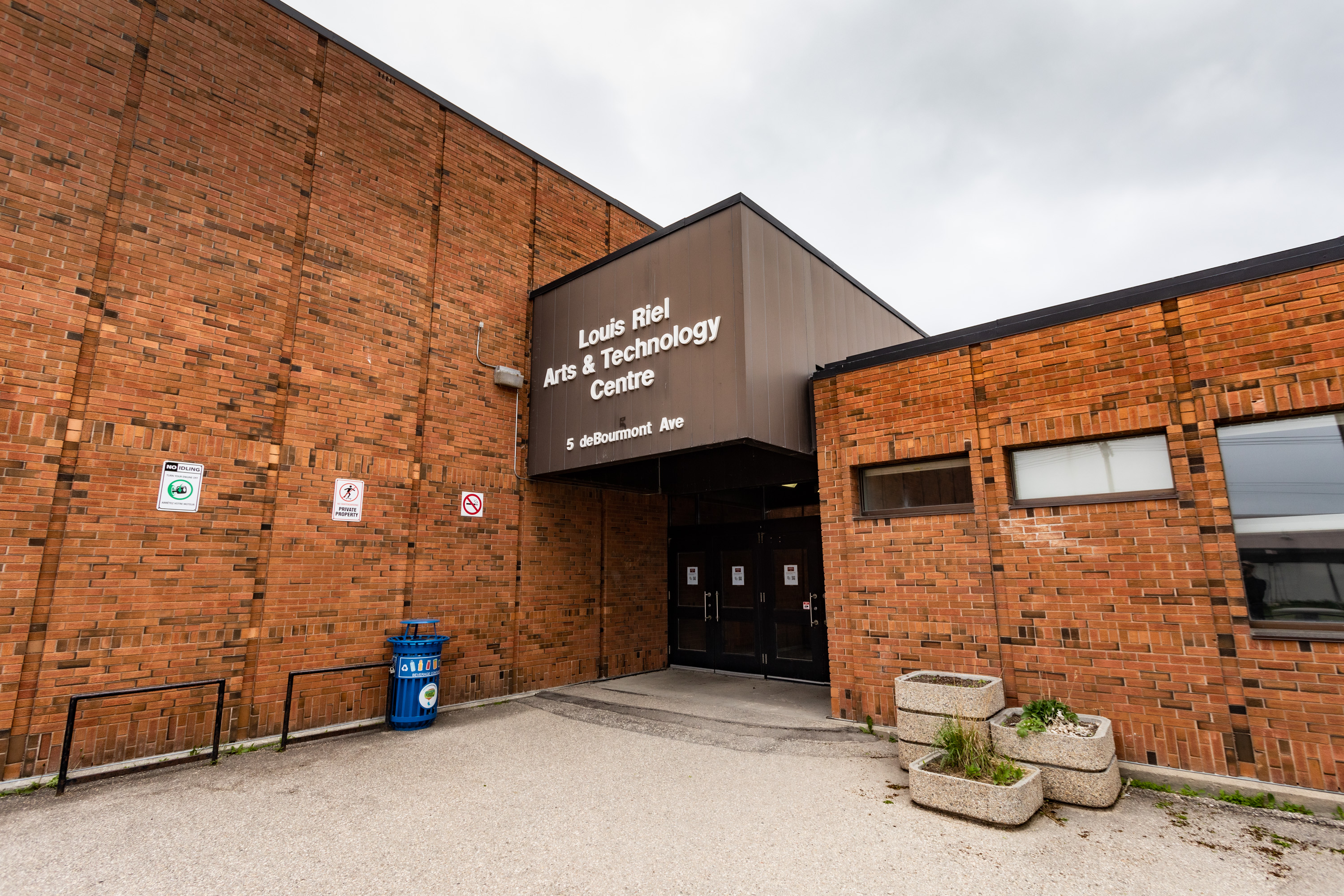 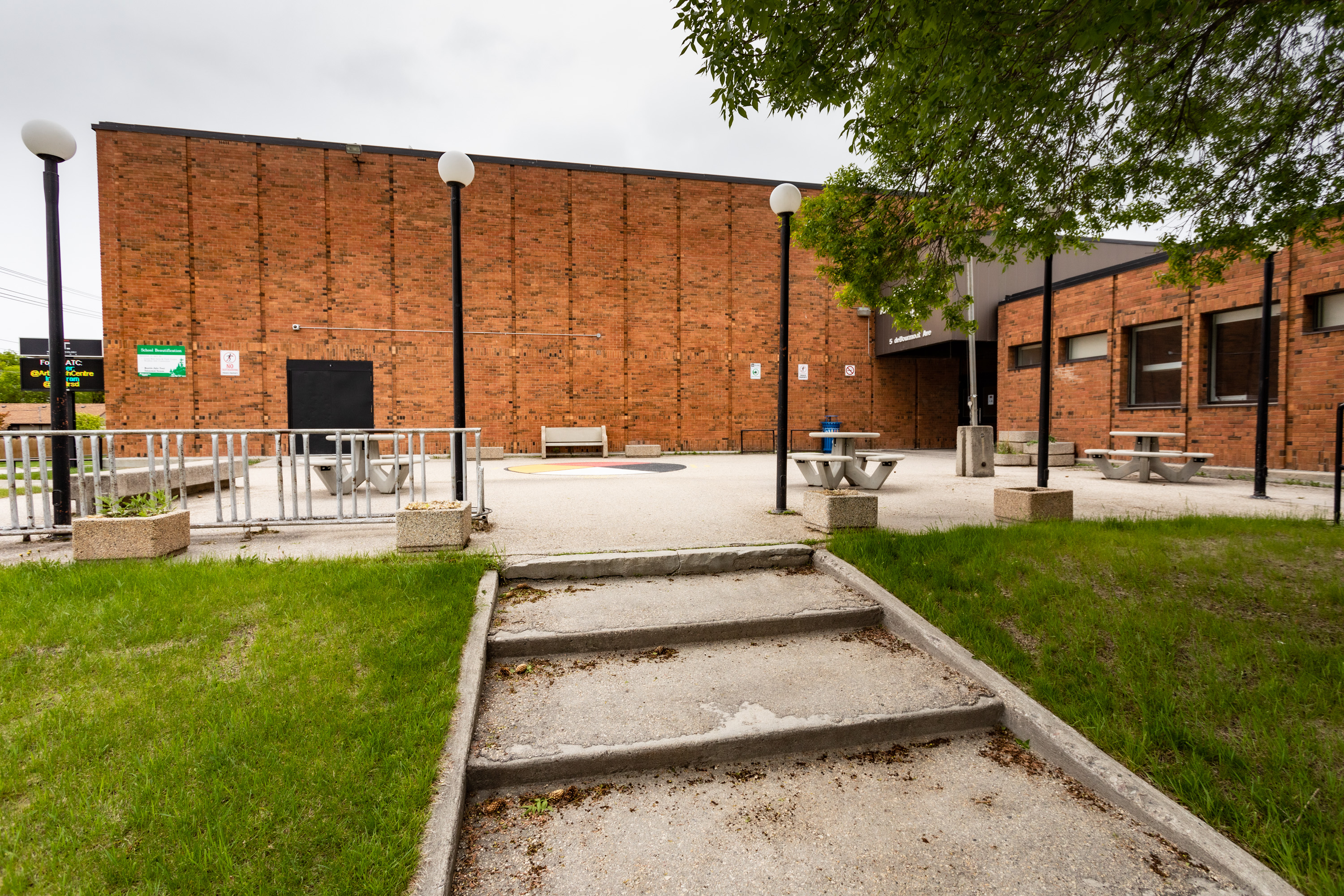 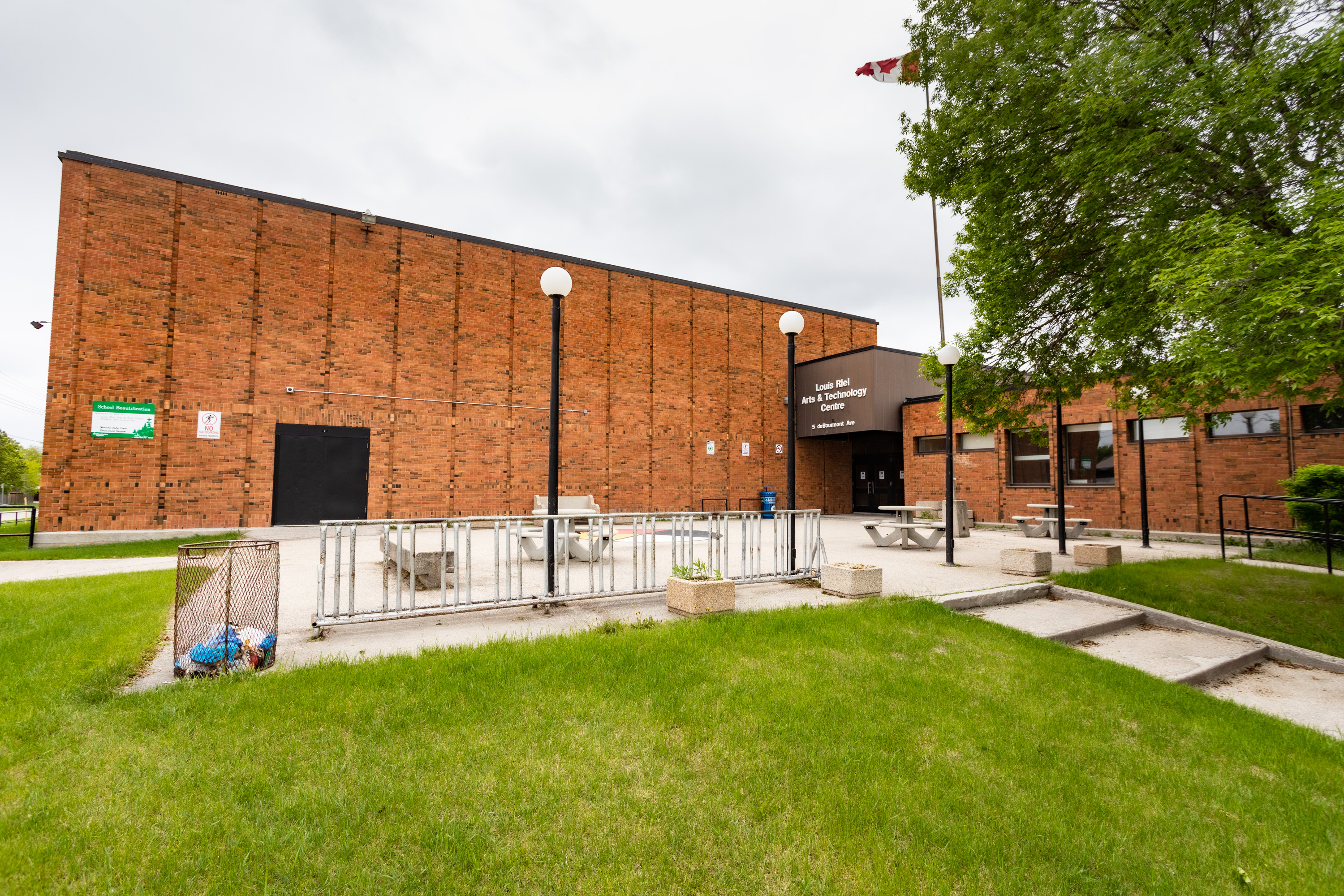 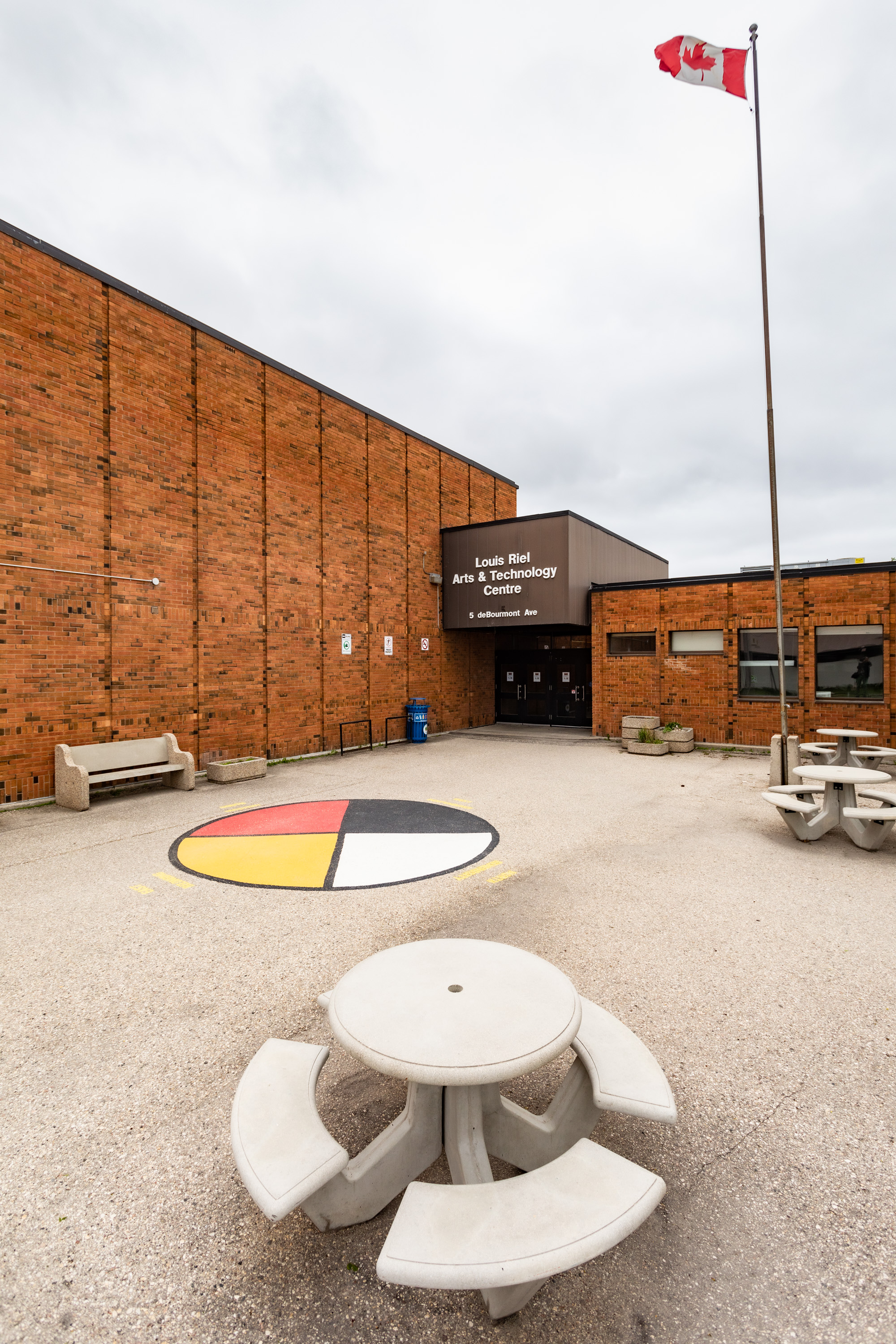 Pierre Radisson Collegiate was built in 1968, and although it is technically in the suburb of Maginot, was meant to accommodate the growing neighborhoods of Windsor Park, Berkshire Park, and Niakwa Park. The school has this in common with its neighbor, the arena at 910 Maginot Street, which was originally supposed to be built on Winakwa Road just north of Cottonwood Road (see 980 Winakwa Road). The school was designed by Gaboury Lussier Sigurdson Venables, a firm whose work was well represented in Windsor Park. The cost of construction was $1,113,000, and it officially opened as a junior-high school in September of 1969. During its time as a junior high, the school would also serve as a centre of French-Canadian cultural activity. An addition was designed by Mcdonald Cockburn McLeod McFeetors in 1978, which was consistent with the design of the original structure. It would later be converted to a technical and vocational school for three-hundred part-time students.

Built mostly at the same time, the one-and-two-storey design is a highly unified series of distinctive squared volumes all finished in a red brick. Clerestory windows in the classroom and administration wings form a high horizontal strip. Most other windows are squared and stacked vertically. The cavernous auditorium/gym is used for many concerts within the school division.