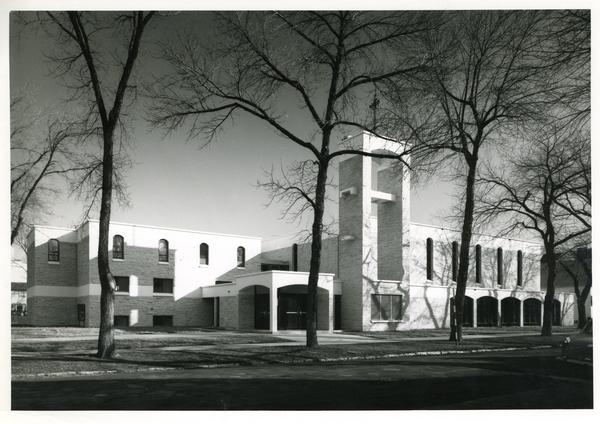 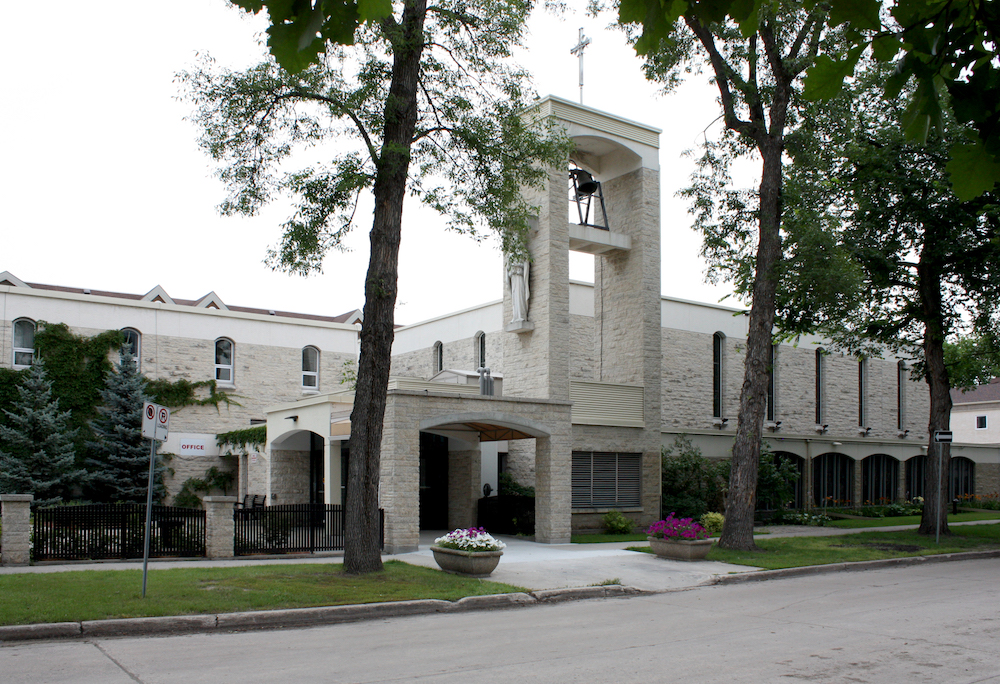 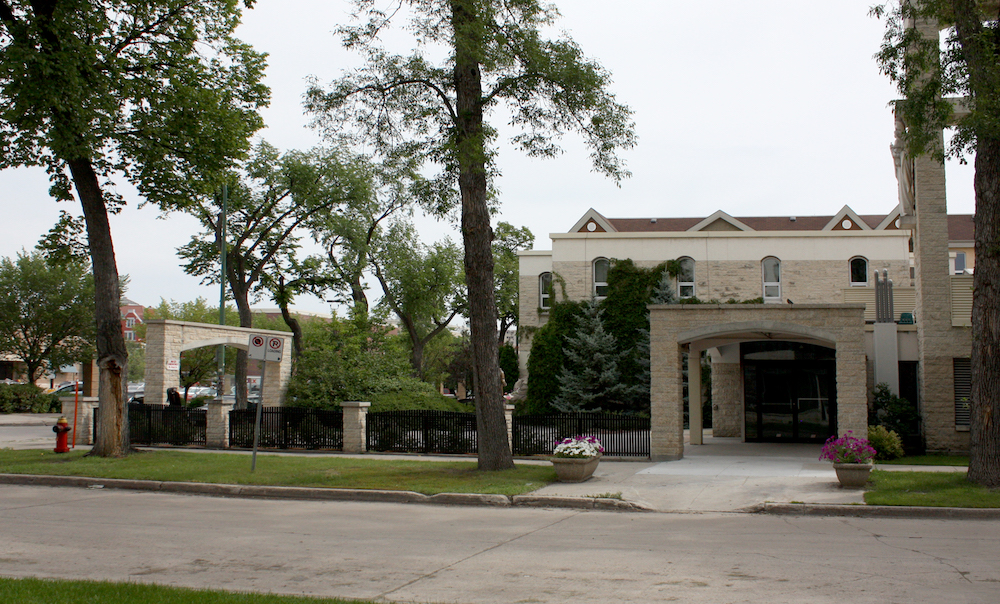 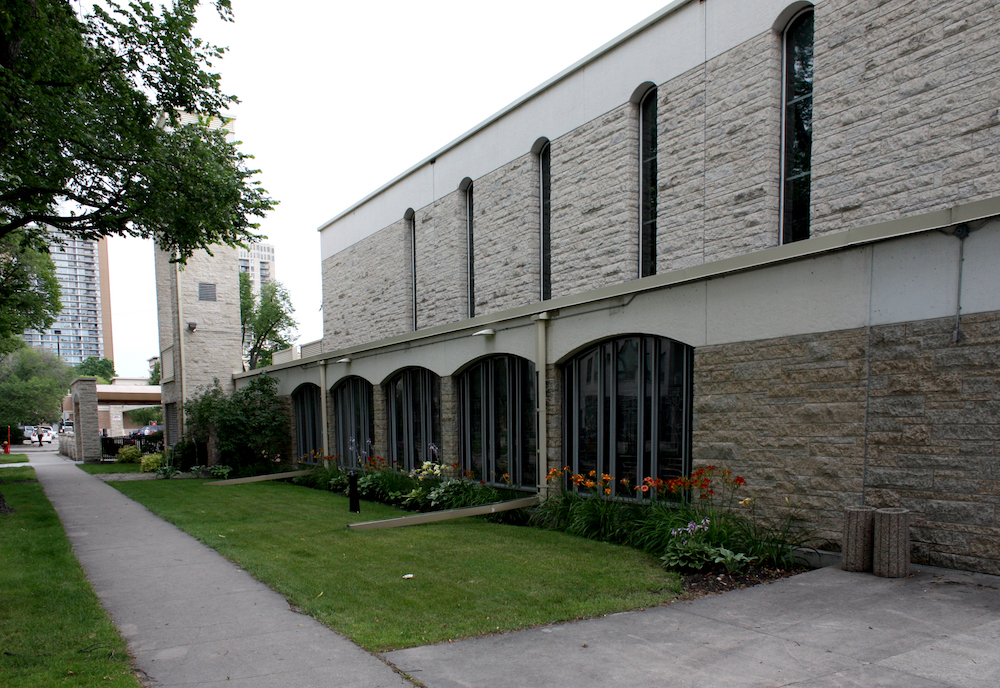 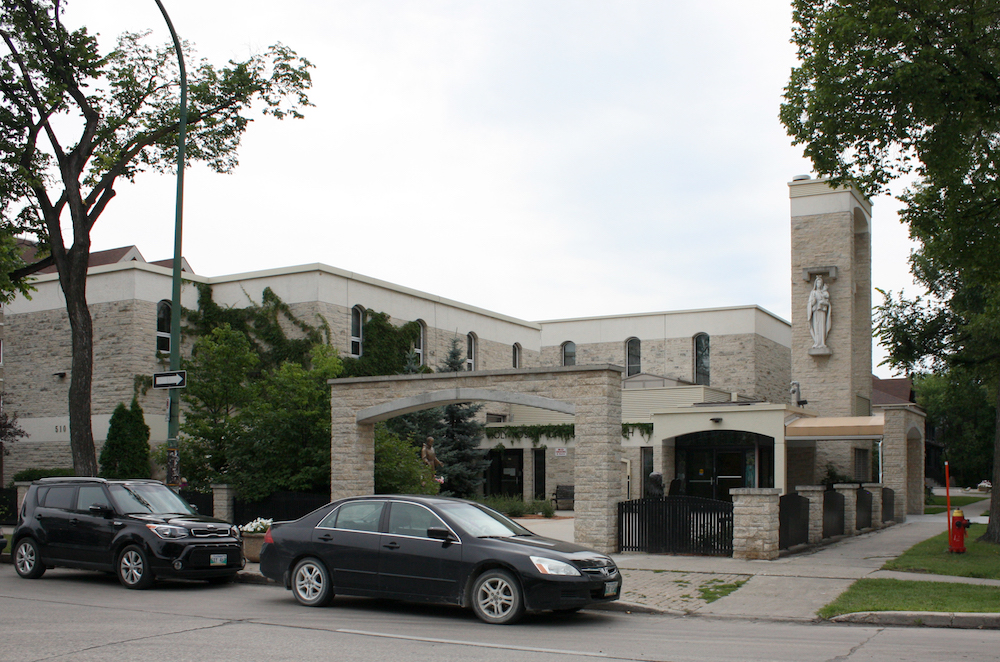 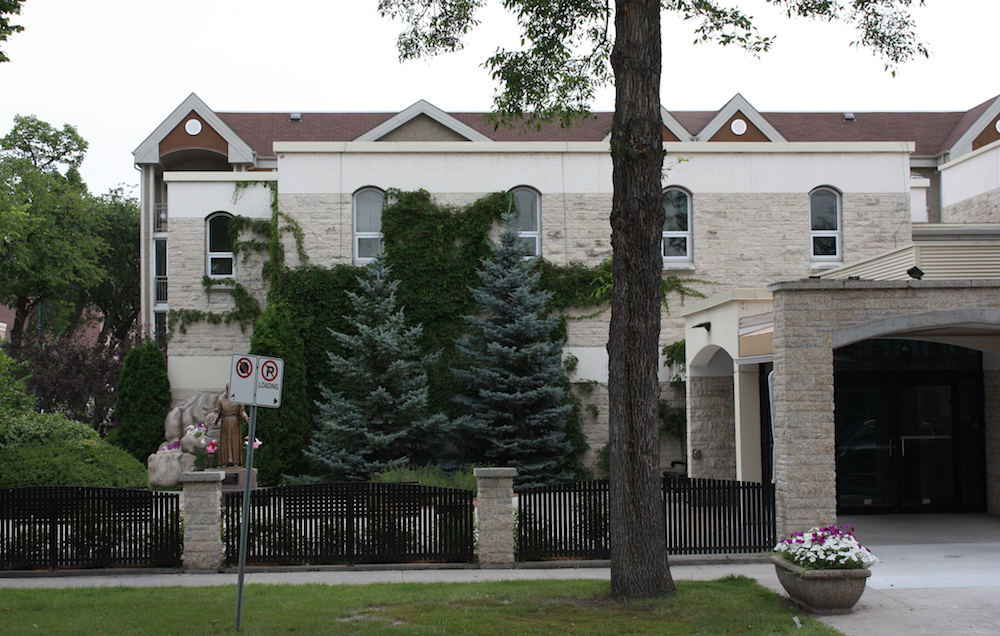 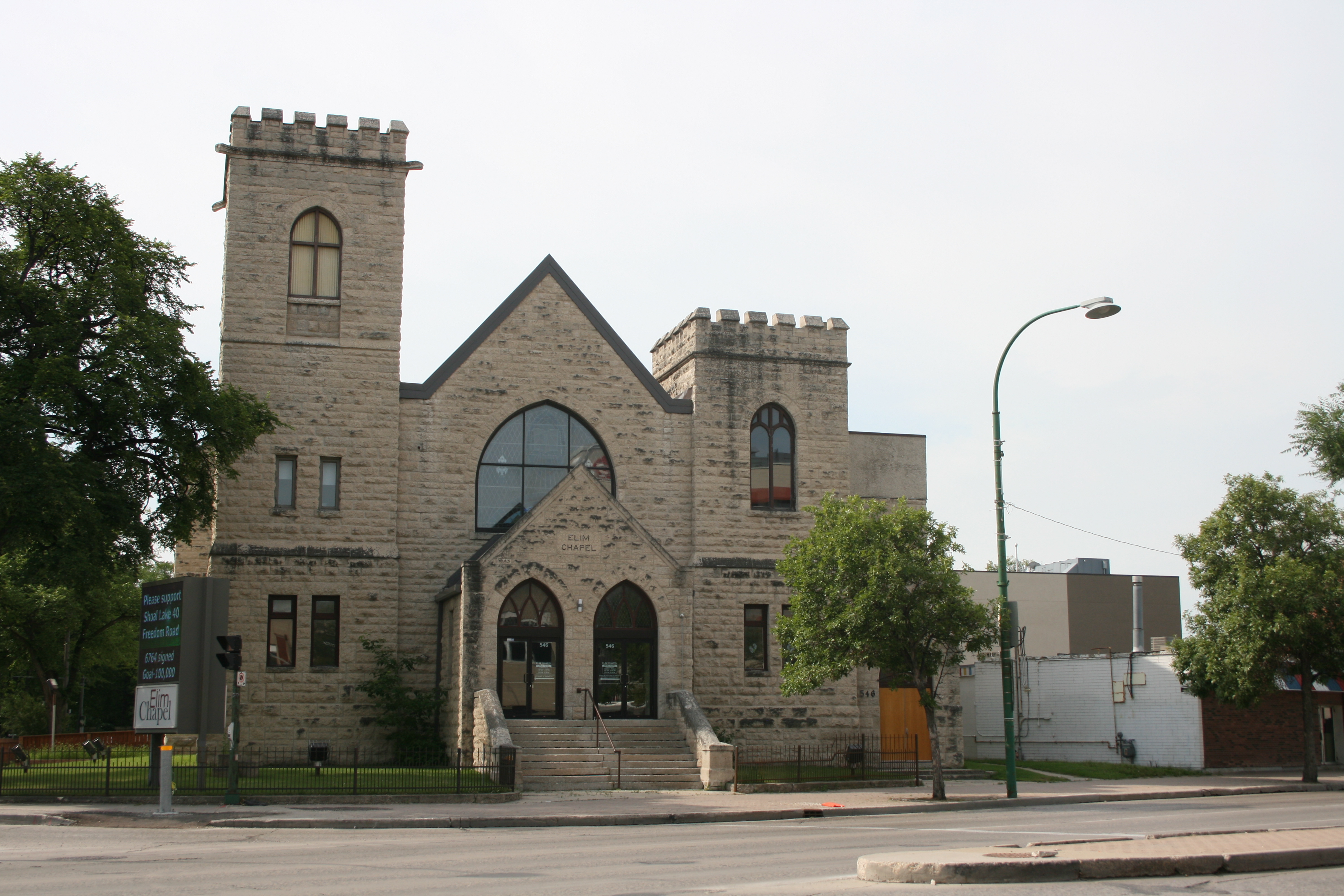 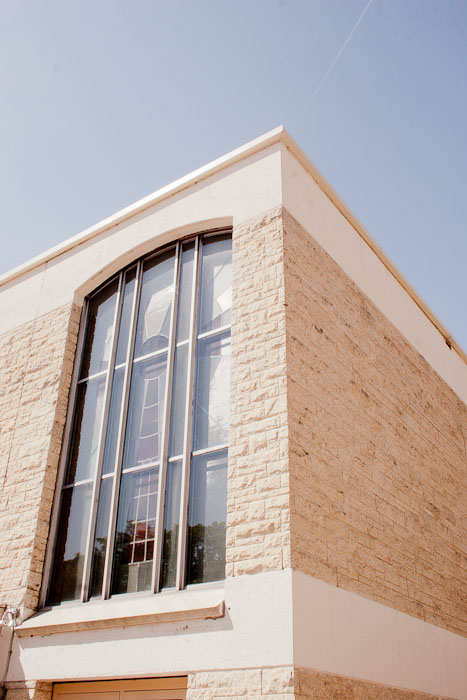 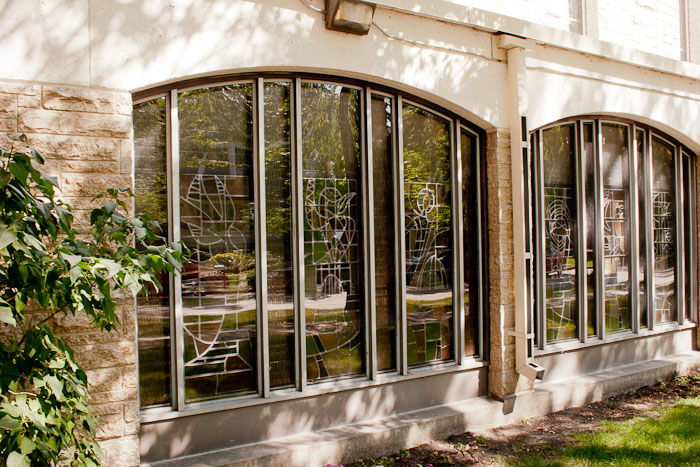 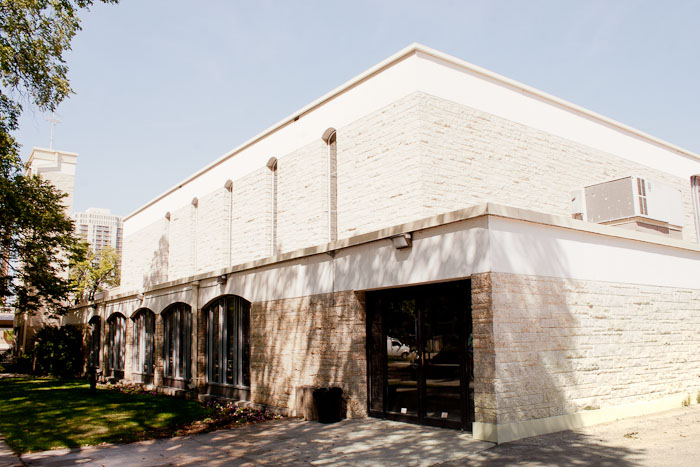 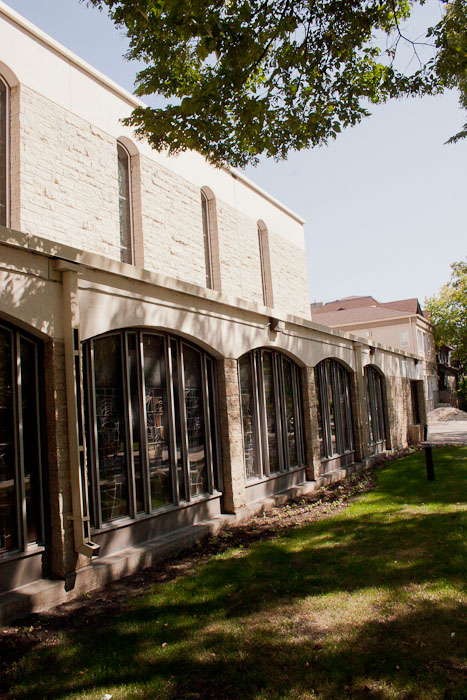 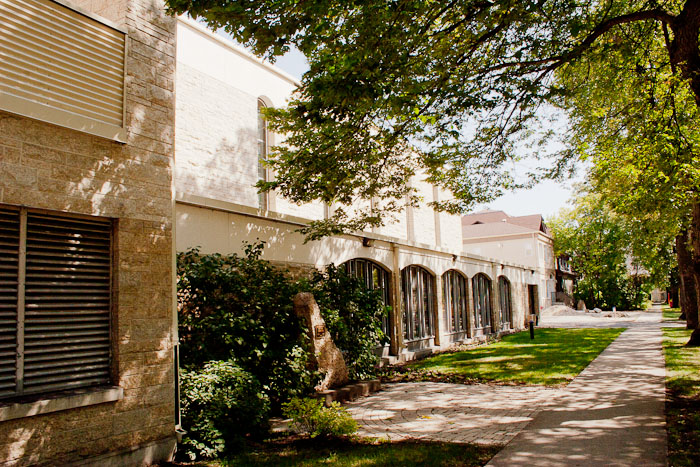 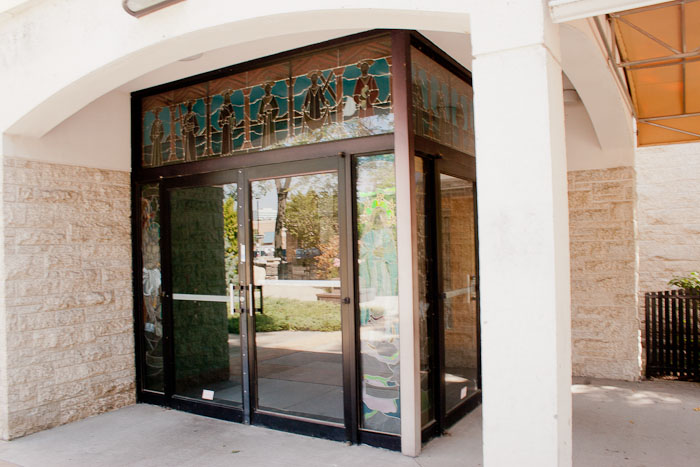 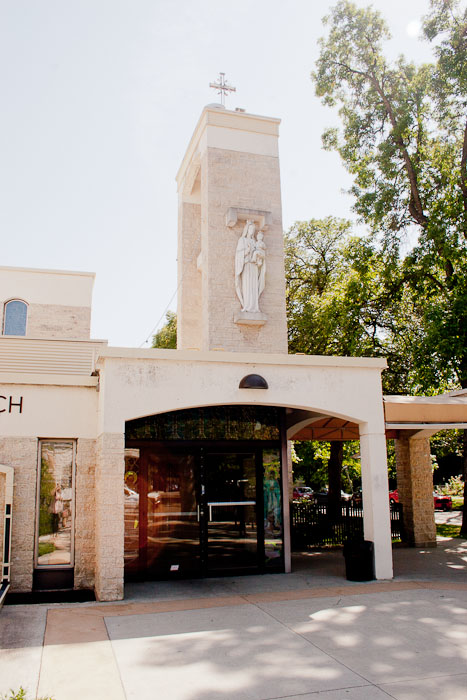 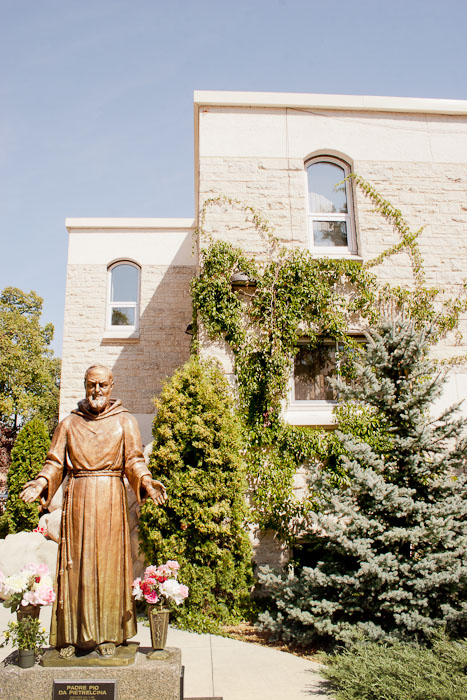 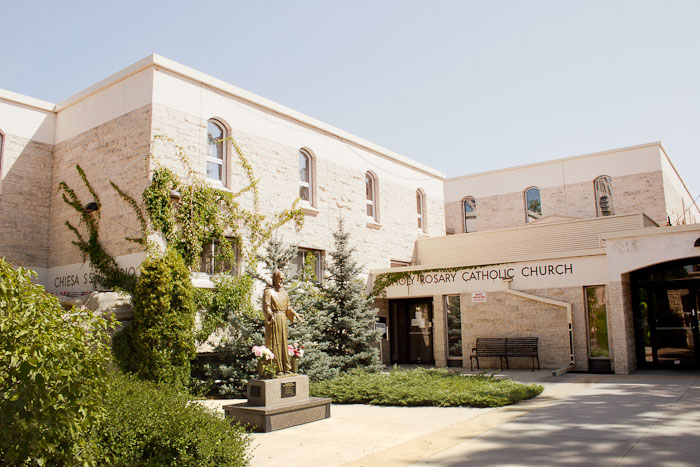 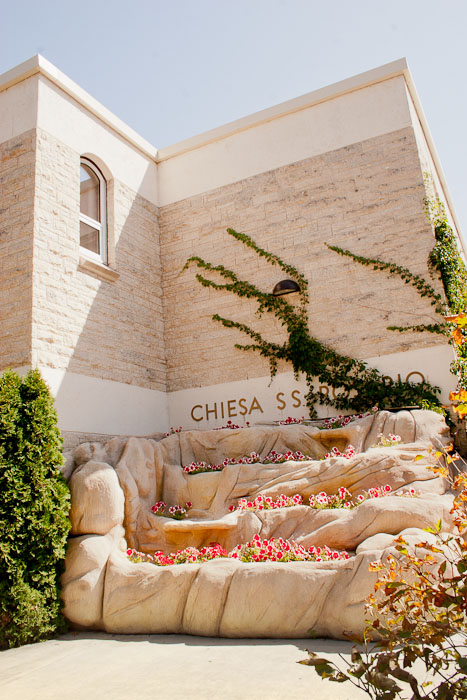 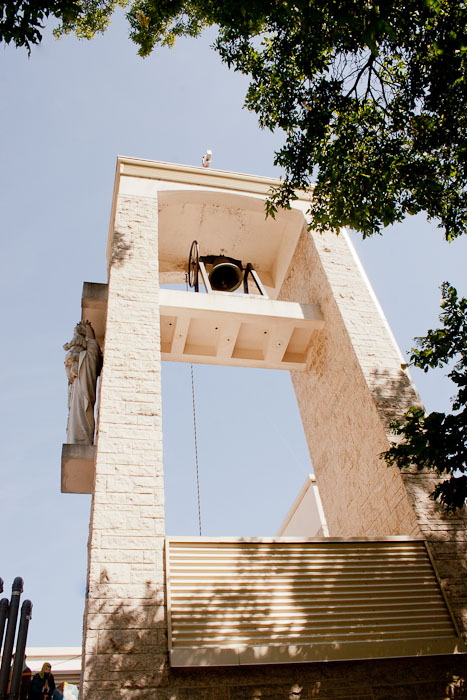 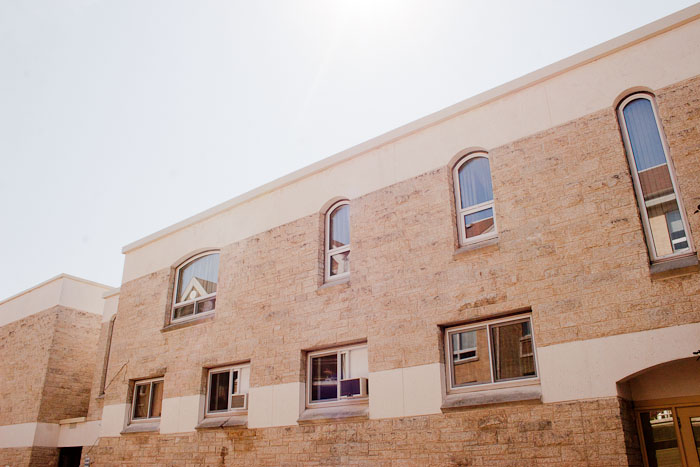 The Holy Rosary Roman Catholic Church is the newest church in the Osborne Village area, built to serve the Italian Catholic population in Winnipeg. The congregation had been founded forty years earlier, in 1923, and for years occupied a rented Lutheran Church at Sherbrook and Bannatyne Avenues.

Construction began in 1965 on Holy Rosary Roman Catholic Church on River Avenue, which serves an Italian parish, and was completed in 1967. The building replaced the church’s previous structure which was demolished in June 1967 to allow for the construction of a parking garage to serve the neighbouring Winnipeg General Hospital (later the Health Sciences Centre complex). The new modern edifice and administrative centre was designed by architectural firm Green Blankstein and Russell (GBR), led by designer W. R. MacDuff.

MacDuff’s modern design, with its white concrete and split-face Tyndall stone facade, incorporated elements of the church’s Italian heritage and was designed to fulfill the requirements of the new Roman Catholic liturgy, outlined by the Second Vatican Council. It includes a basement level hall for 400 people and a rectory and solarium on the second level.

In the piazza adjacent to the church is a statue of the Franciscan monk Padre Pio of Pietrelcina. On the church tower overlooking the piazza, is a statue made by Italian artist George Barone depicting the Madonna holding baby Jesus. As the church is generally horizontal and rectangular in its design, the 400-foot tall bell tower is a distinctly vertical presence.

A single story colonnade projects from the west side of the structure leading visitors toward the generously sized courtyard and glazed primary entrance. At the request of the chancellor, the basement ceiling of the structure is at the same height and finish as St. Nicholas Ukrainian Catholic Church. The bell tower rises 400 feet, and punctuates the otherwise horizontal, rectilinear character of the structure.