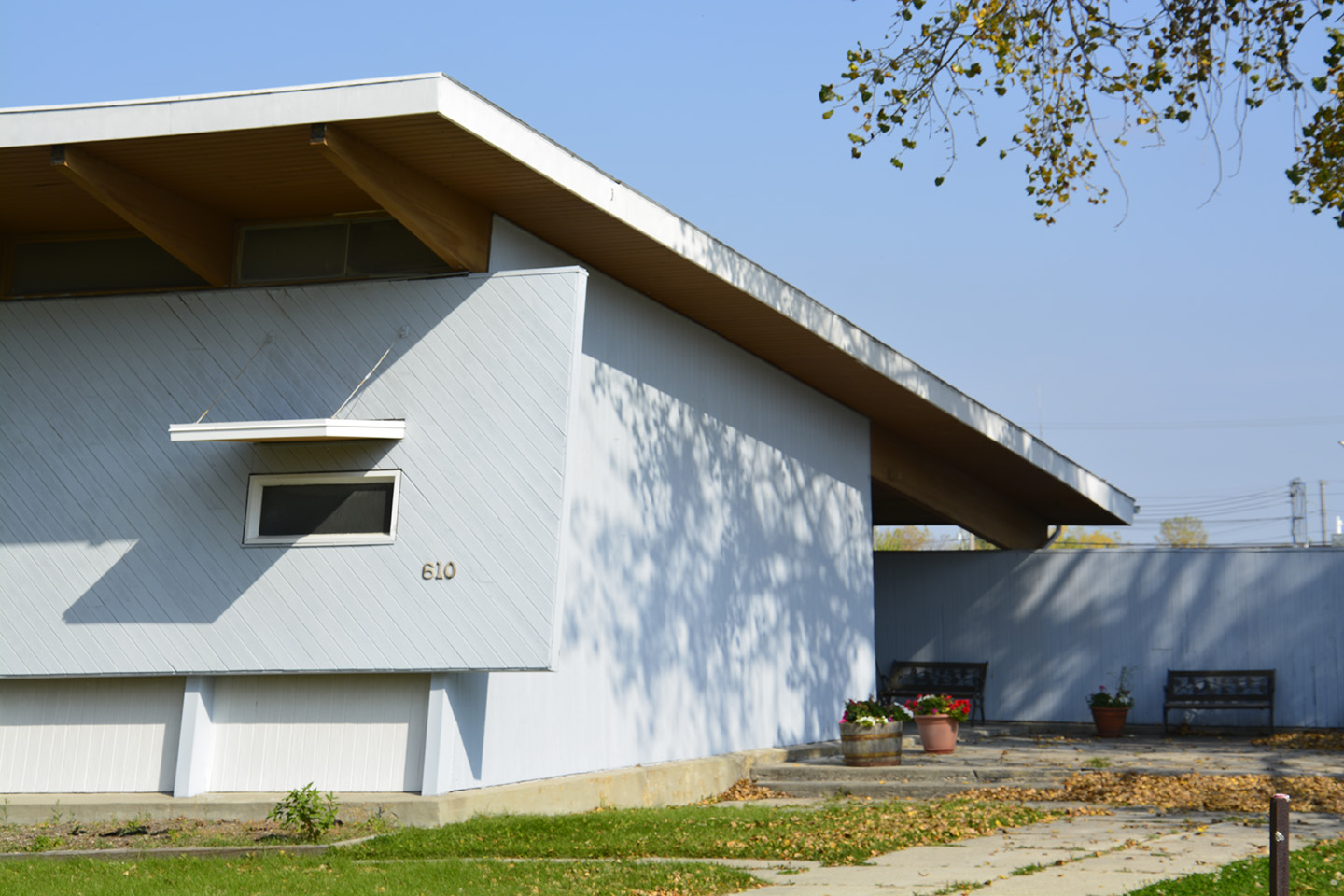 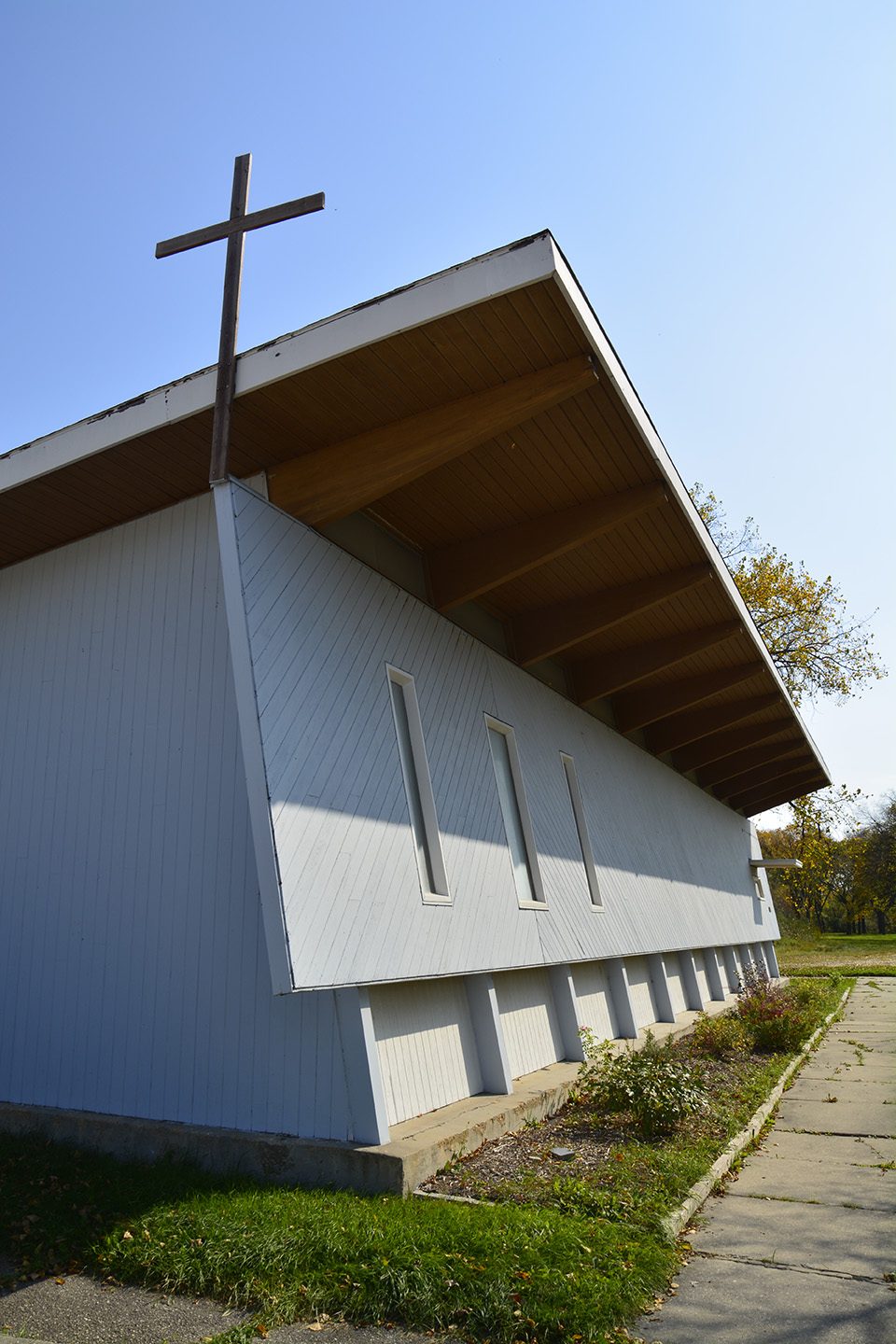 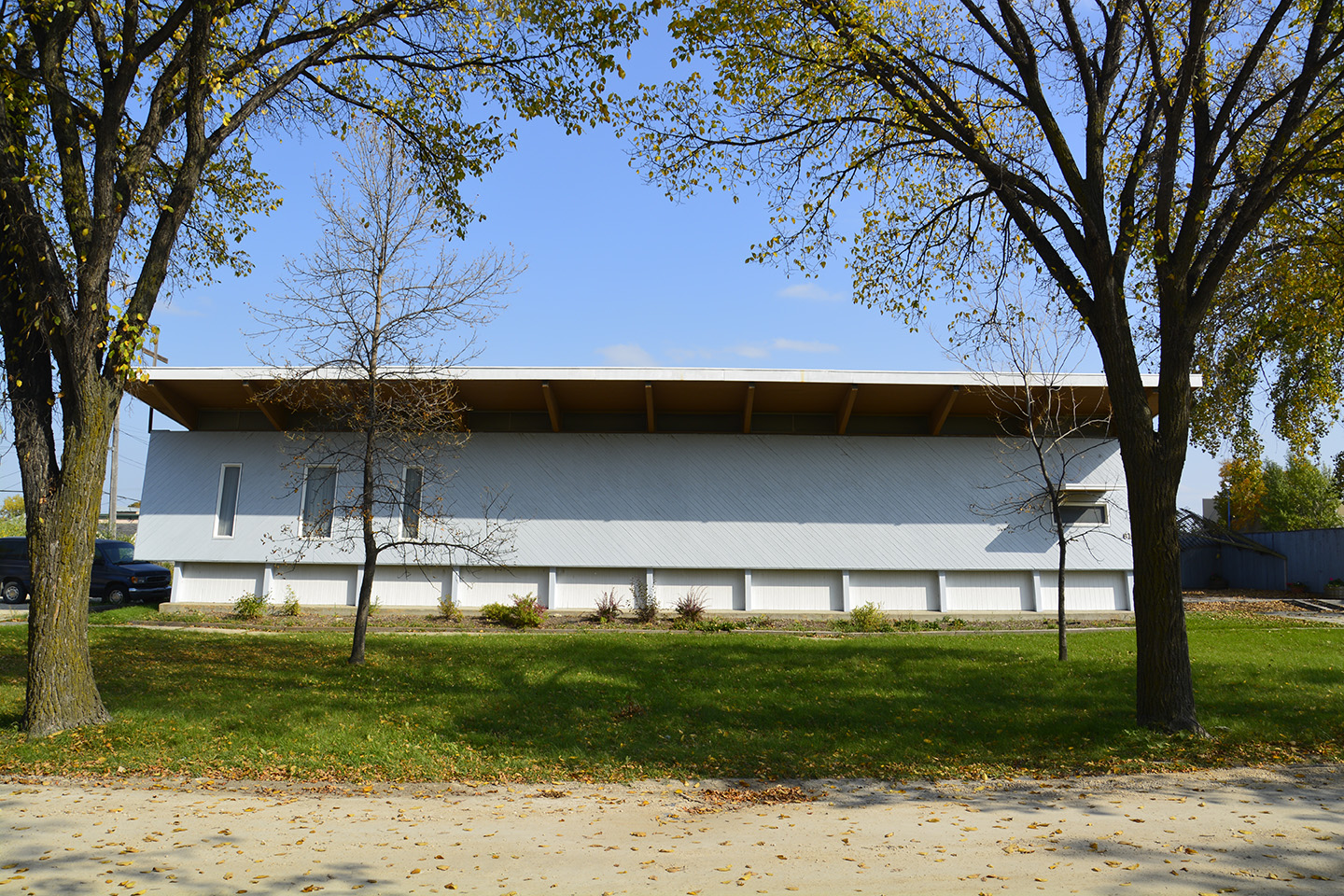 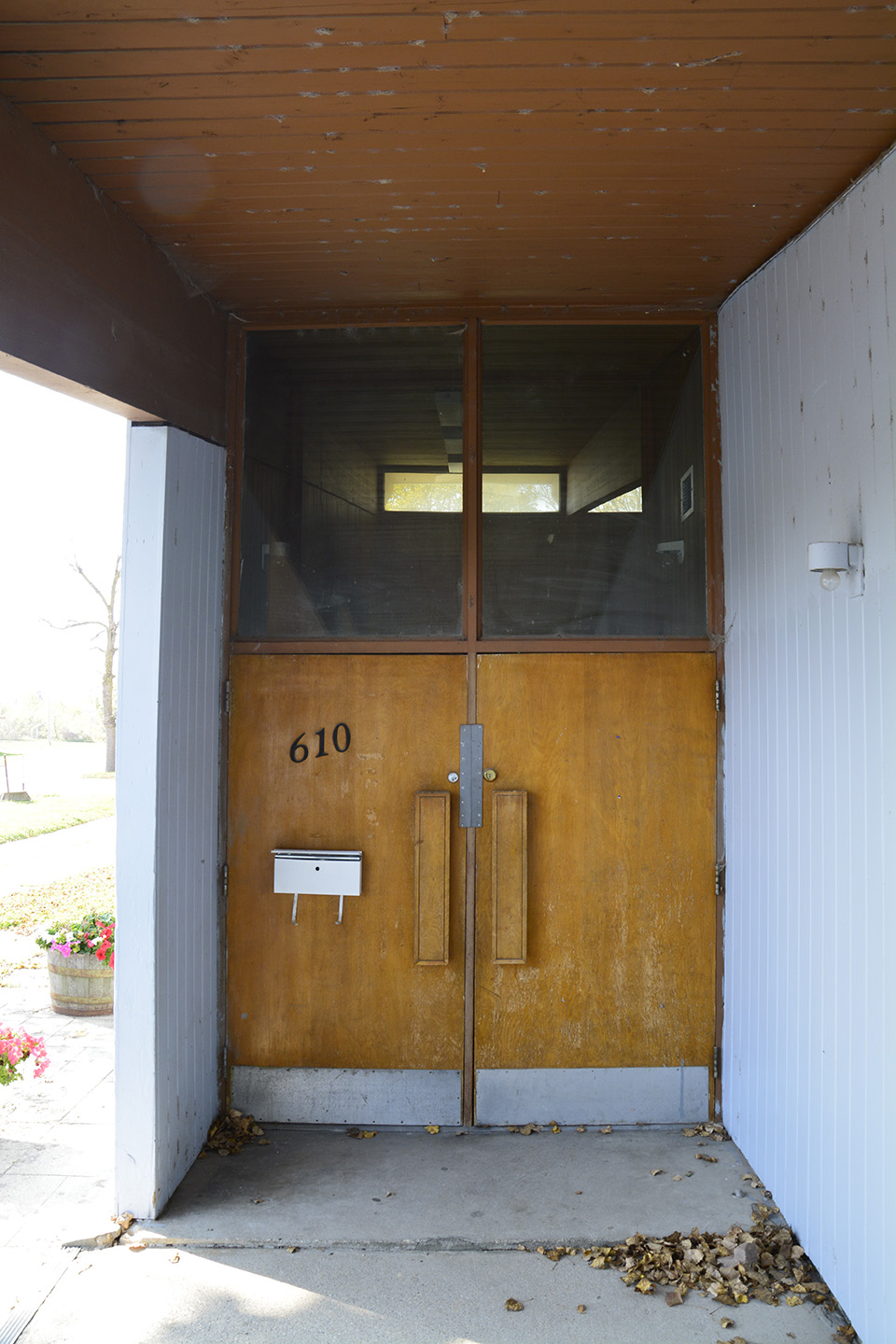 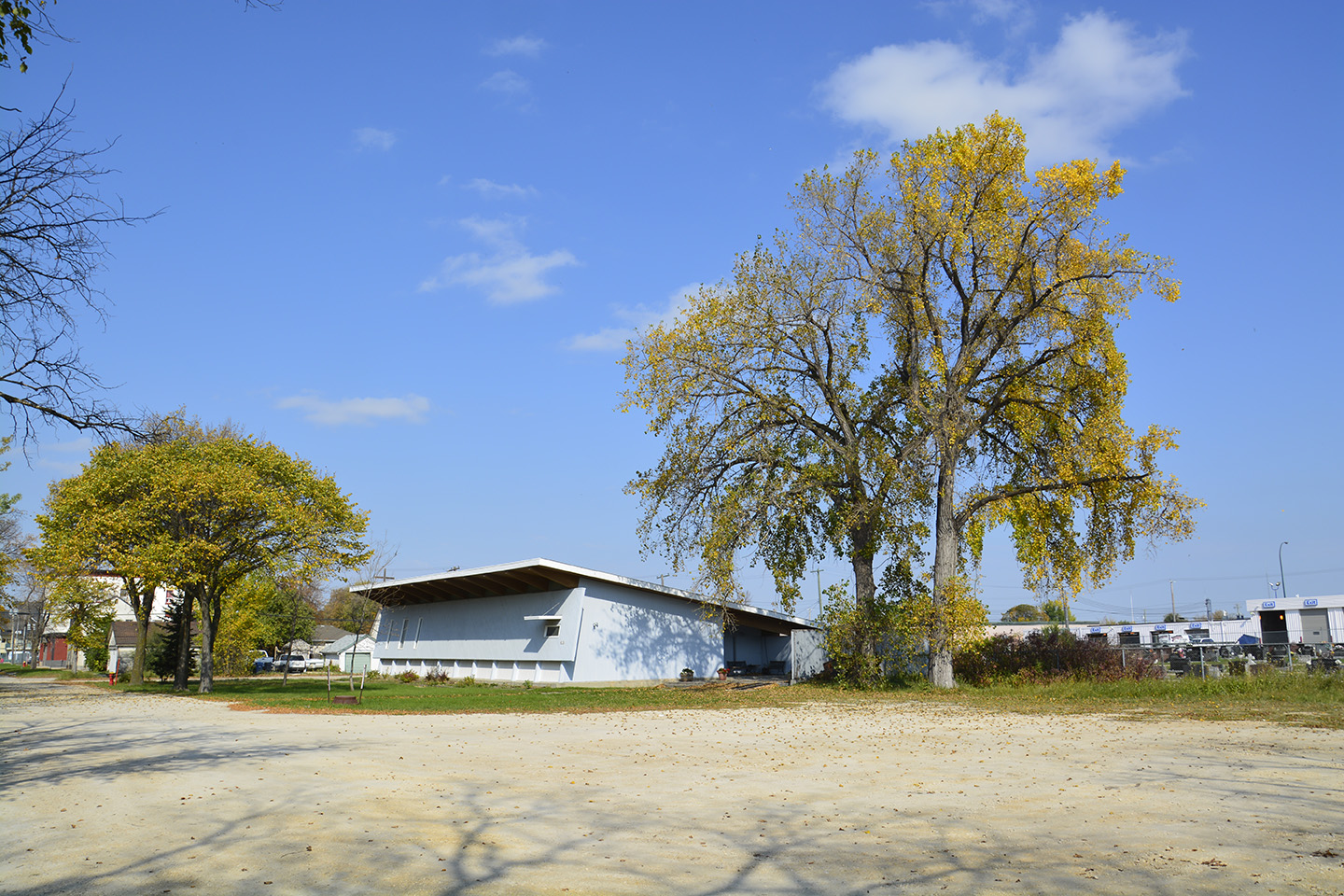 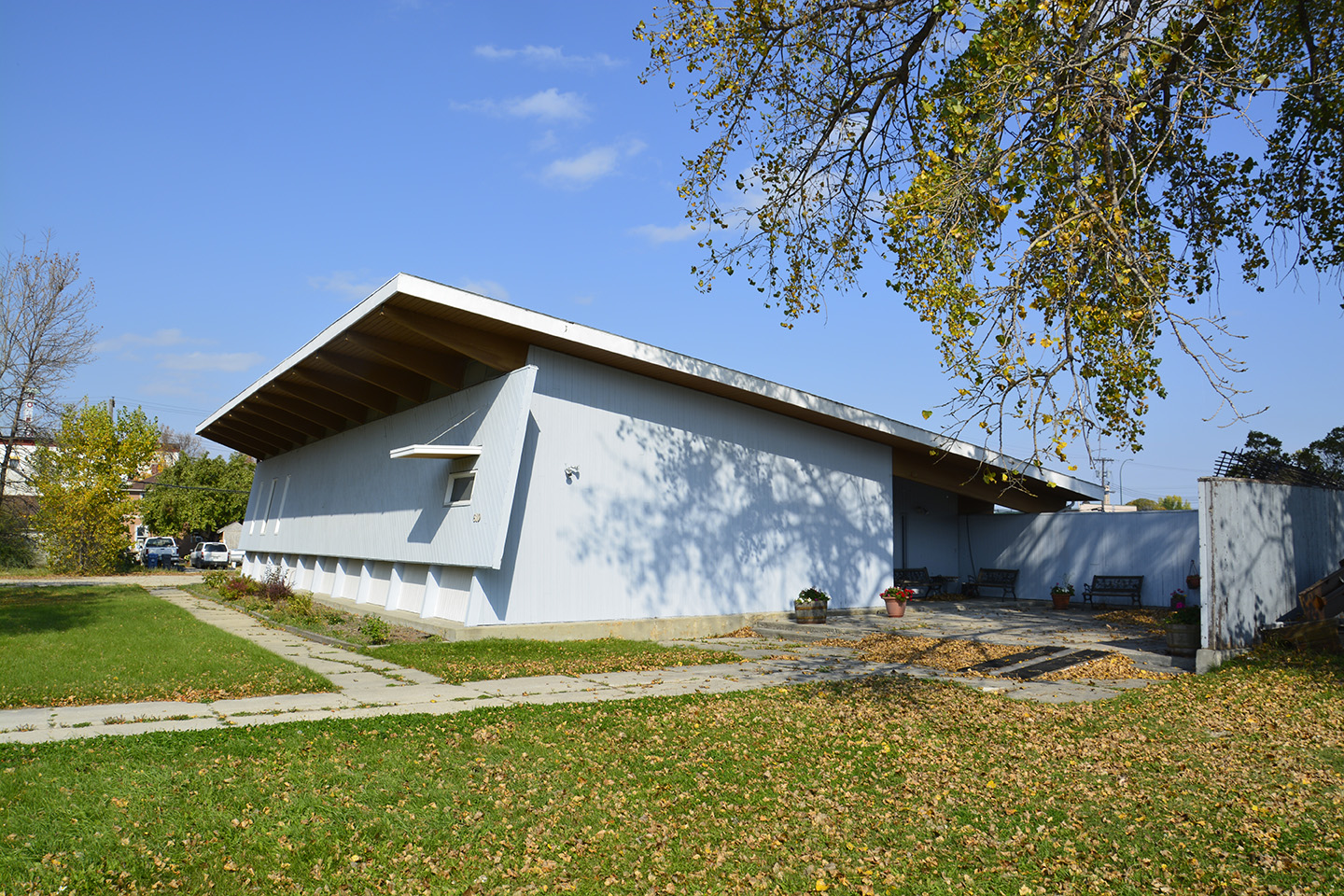 This medium-sized church, originally known as Chapel St. Louis le Roi and now named the African Catholic Community of St. Kilitzo, was designed by noted local architect Étienne Gaboury early in his career when he was working with the firm of Libling Michener and Associates. For its inventive and careful design, the structure was named a winner of a Silver Medalist in the 1961 Massey Awards in Architecture. The building sits atop a reinforced concrete slab foundation set on grade. The super-structure is comprised of glue-laminated wooden beams, complemented by columns of two-inch fir deck that form the roof structure. The enclosing walls are of wood stud. The church appears as a striking arrangement of angled planes which effuse of a sense of kinetic vivacity with hints of movement, energy and floatation. The planes themselves – and the building as a whole – makes extensive use of wood, which was originally naturally finished; much of the exterior has since been painted a light shade of grey. The exterior and interior walls of the church are finished in a clear cedar; as mentioned, the roof deck is comprised of fir and one finds further wood employed in the glue-laminated wood beams and columns. A sense of visual contrast is provided by a plaster dado on one exterior wall; a similar effect is achieved by means of interior plaster walls, all of which was initially painted white. As in a great deal of Gaboury’s oeuvre (many prominent examples of which are Catholic churches) here great care was given to natural and artificial illumination, with a strong lighting emphasis on the altar and sanctuary area. The light which illuminates the church’s central nave space is indirect, with the large glue-laminated beams shielding the light source. In a similarly careful detail, additional lighting was provided along the exterior wall through the use of a strip of glass set between the outside wall and the dado. The interior floors were originally finished in asphalt tile. Heating was provided through a standard hot air furnace, whose perimeter ducts were set into the concrete slab floor.