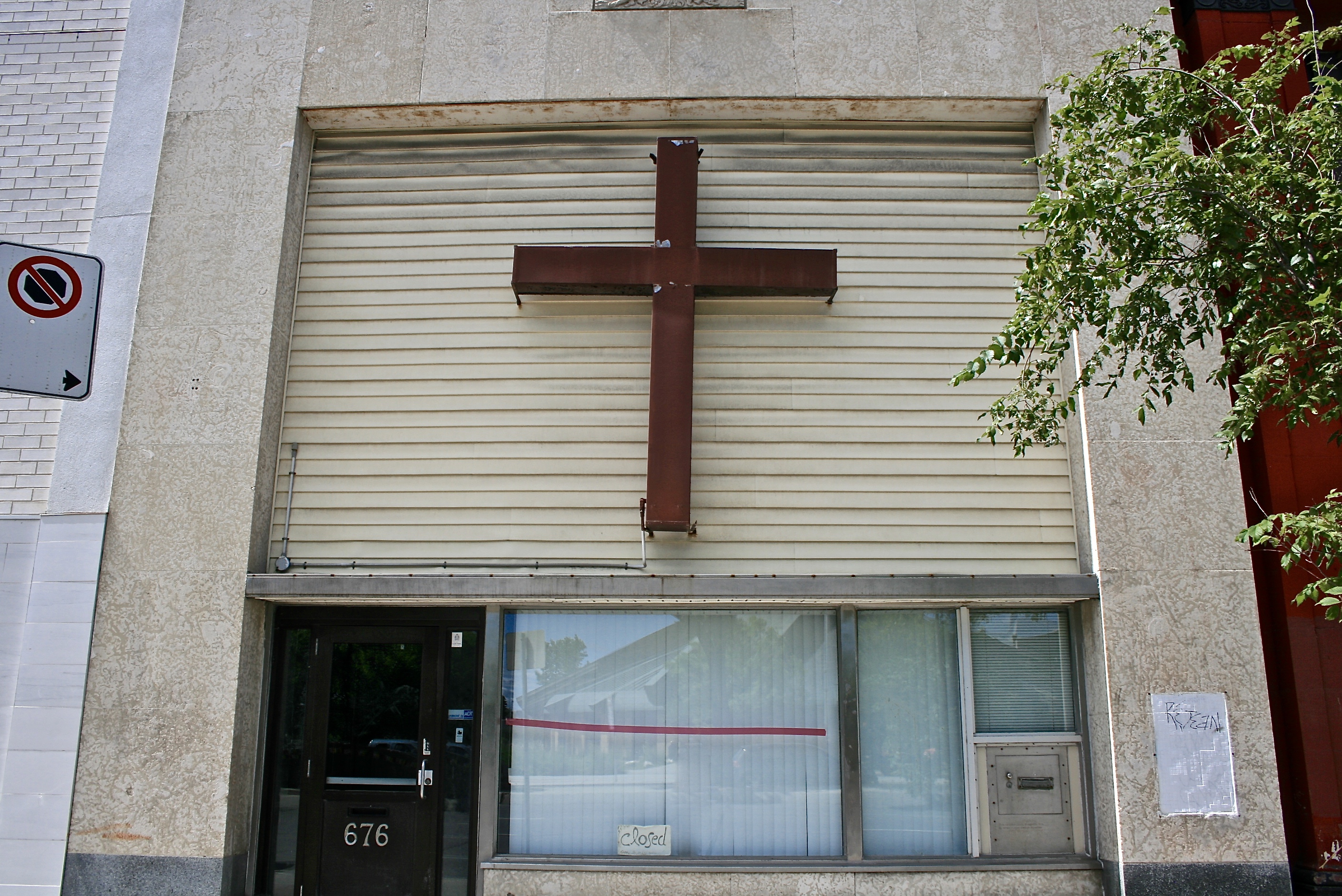 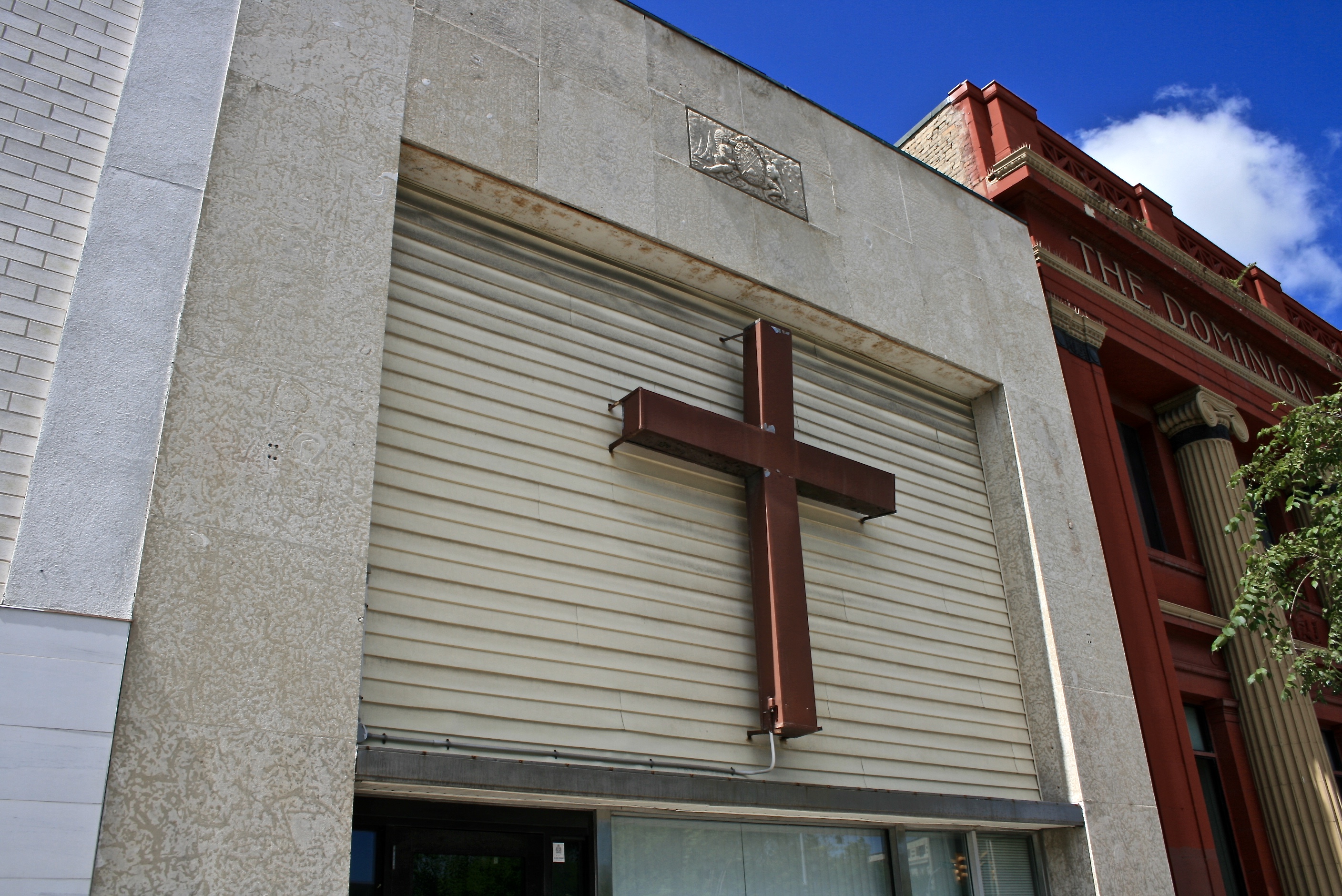 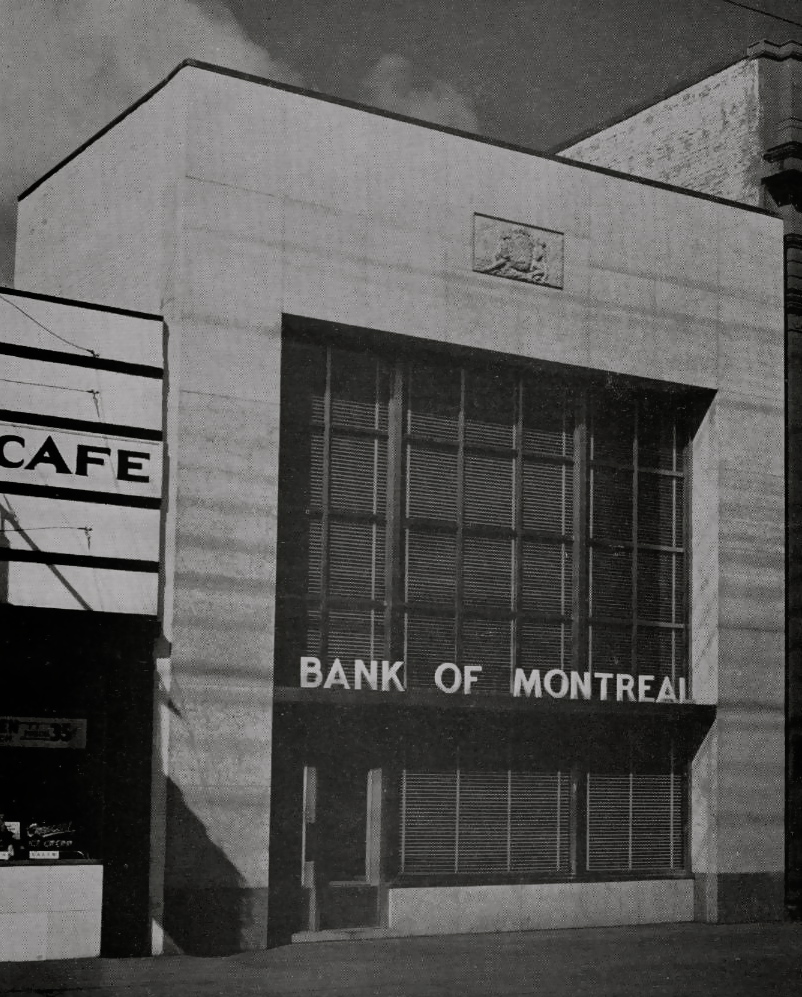 This 1904 building was designed by prominent Toronto architects Darling and Pearson as a drugstore for pioneering pharmacists J.C. Gordon and W.J. Mitchell. The brick facade of this modest building has been greatly altered over the years. In 1948, architects Northwood and Chivers remodelled the building into a bank. This was nine years after they designed the Singer Building down the street. A central grid of delicate dark mullions contrasts with the solid frame of pale Tyndall stone. The former bank’s crest is at the top. The central glazing has since been replaced by siding and a large religious cross, a change that occurred while it was used as a religious drop-in centre.

Clad in Tyndall limestone and representing a lean-lined modern architectural approach, 676 Main Street (a former branch of the Bank of Montreal) is sparsely embellished. Beyond the warm mottled stone, the facade is given character by a central, raised carved bank coat of arms. Originally, the Main Street elevation was dominated by a large central window with square mullions, since filled in by solid metal panelling. The building is one of a number of modernists banks completed by the established firm of Northwood and Chivers in the early post-war years across Winnipeg. The initial floor plan featured a south-side open public space, private offices to the north and a vault space at the far west of the building's footprint.