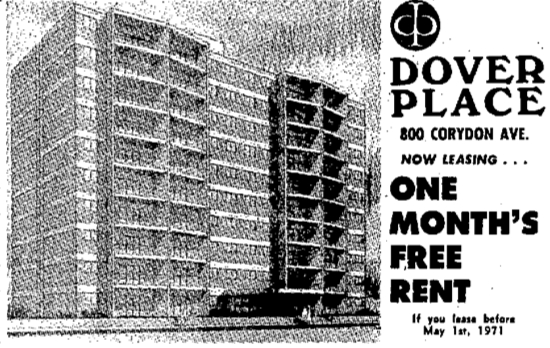 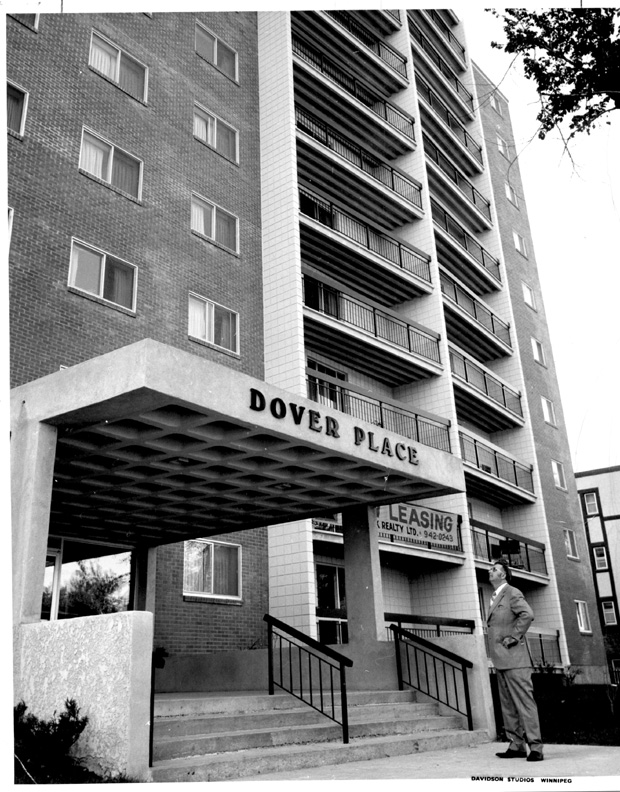 A ten-storey apartment block, 800 Corydon Avenue (originally known as Dover Place) was designed by Winnipeg architect Roy Lev. The building features two bays of doubled balconies on its north and south facade; the concrete balcony sections project slightly at centre, lending a slight sense of dynamism. Between these concrete sections the facade is clad in brick, which was put together by Summit Masonry Limited. An entrance canopy at ground level on the north, Corydon-facing, side of the building is topped by a waffle-style concrete ceiling. The building itself was originally surmounted by a rooftop garden terrace.