In late 1947 three University of Manitoba graduates – Ernest J. Smith (1944), Dennis H. Carter (1945) and Walter L. Katelnikoff (1944) – partnered to establish an architecture firm that would go on to become one of the central players in the development and definition of design in Winnipeg during the twentieth century. At the time, Smith had recently returned from the Massachusetts Institute of Technology with a Master in Architecture and had worked with Katelnikoff at the Winnipeg architectural practice of Northwood and Chivers. During his academic years, Carter worked for several months for Cowin and Co. Reinforced Concrete Engineers and then spent two years with Moody Moore Architects. Katelnikoff had worked for one year in the offices of Moody Moore. The new firm, with the name Smith Carter Katelnikoff, rented offices for $17.50 per month at 289½ Garry Street.

As a new practice of young men, Smith Carter Katelnikoff began with modest commissions and quickly moved to take advantage of the post-war boom in construction. The firm made a name for itself early on with such projects as the 1948 renovation of its offices (on Portage Avenue East) followed by such academic works as Varennes School (22 Varennes Avenue, 1951), Ecole Marion (619 Des Meurons Rue, 1952) and Norwood Collegiate (188 St. Mary’s Road, 1955). The demand was such that the trio added a fourth partner – the experienced E. Fitz Munn – in 1954. In 1959, with Munn and Katelnikoff having departed in 1956 and 1958, respectively, Smith and Carter were joined by James E. Searle, another University of Manitoba architecture graduate.

During the 1950s the firm achieved a number of landmark projects and became one of the pole stars in the large-scale introduction of modern architecture to the city. One of the most significant of these commissions was a project that would prove seminal: the 1959 design for a new home for the University of Manitoba’s School of Architecture (now known as the John A. Russell Building). The building – with Donahue, Doug Gilmor and Grant Marshall in charge of design – was a modernist classic. The project won the firm a Massey Medal in Architecture. At nearly the same point the firm won further accolades for the Monarch Life Building of 1959-1961. This office block – with James Donahue the principal of design – likewise won Smith, Carter, Searle and Associates a Massey Medal in Architecture. A paragon of modernist order and dignity, the structure was composed of a central four-storey section largely ensconced in masonry atop an open, glazed ground level, all surmounted by another open, glazed top floor.

Given this busy growth era, in 1961 Smith, Carter, Searle and Associates decided to move and expand its offices on a larger site. The new structure, unveiled the following year at 1190 Waverley was one storey, dominated by glass with masonry detailing presented in a highly systematic, orthogonal scheme. The larger facility came at a good time, as the following decade brought yet greater success. In 1962 the firm was responsible for the design of the University of Manitoba Animal Science Building (12 Dafoe Road), a two-storey structure whose courtyard recalls that of the nearby School of Architecture. In 1965 Smith, Carter, Searle created a new home for the University of Manitoba School of Art (56 Curry Place, now the Architecture II Building) directly adjacent to the School of Architecture. The design featured a higher degree of masonry in concert with contemporary architectural trends. That same year a similar programme was employed at the neighbouring University of Manitoba Music Building (65 Dafoe Road).

Important as they were, however, these projects were but a prelude to the prominent works that the firm would create during the second half of the 1960s. Amongst these was the Pan Am Pool (25 Poseidon Bay, 1966) constructed in anticipation of the 1967 Pam American Games. A very large recreation centre, the pool presents four enormous and heavy-iooking bare concrete walls suspended above a vertically patterned concrete main level and signals an embrace of aspects of Brutalist architecture. Another significant work was a Smith, Carter, Searle and Associates partnership with fellow Winnipeg architectural practices Moody Moore Architects and Green, Blankstein, Russell to form the Associated Architects for the Manitoba Cultural Centre to create, by 1968, the Centennial Concert Hall, the Museum of Man and Nature and the Planetarium. This multifarious project was planned as part of a major redevelopment of the northern part of the downtown. The decade was topped by the firm’s involvement – in concert with well-known American firm Skidmore Owings and Merrill – in the 1969 design for the Richardson Building (375 Main Street), a 34-storey office tower at the corner of Portage and Main. This plan featured height-accentuating shafts of granite chip concrete running the full vertical scale of the building alternated with glazing. At 124 meters, at the time of its construction, the building was the tallest in the city.

That same year brought more changes for the firm in the form of a merger with John B. Parkin Associates of Toronto. At this point the firm became known as Smith Carter Parkin, responsible for such works as the 1969 Winnipeg Inn (2 Lombard Place; now the Fairmont Winnipeg) and the Canadian Grain Commission Building (303 Main Street, 1973) – both tall concrete and glass blocks. During subsequent decades Smith Carter Partners and, later, Smith Carter Architects and Engineers continued to be a central player in the Winnipeg scene, creating such large-scale projects as a new Smith Carter Partners Head Office (1601 Buffalo Place, 1978), the Trizec Building (360 Main Street, 1980), the Bank of Montreal Tower (333 Main Street, 1981), the Great-West Life Assurance Company Building II (100 Osborne Street, 1983) and the Western Canada Lotteries Building (125 Garry Street, 1985). This period also saw the firm open offices in Brandon, Thunder Bay, Toronto and Los Angeles and design such notable overseas structures as the Canadian embassies in Warsaw and Moscow.

In recent years, driven by its involvement with the 1997 Canadian Science Centre for Human and Animal Health, Smith Carter has emerged into a firm greatly invested in the architecture of healthcare facilities and complex biocontainment laboratories. This led to the establishment in 2000 of offices in Atlanta, an American centre for this field. In 2012 Smith Carter was acquired by Montreal-based engineering and professional consulting firm Genivar Inc. In 2014 the company, with a group of other architecture firms, forged a new firm under the name of Architecture49. 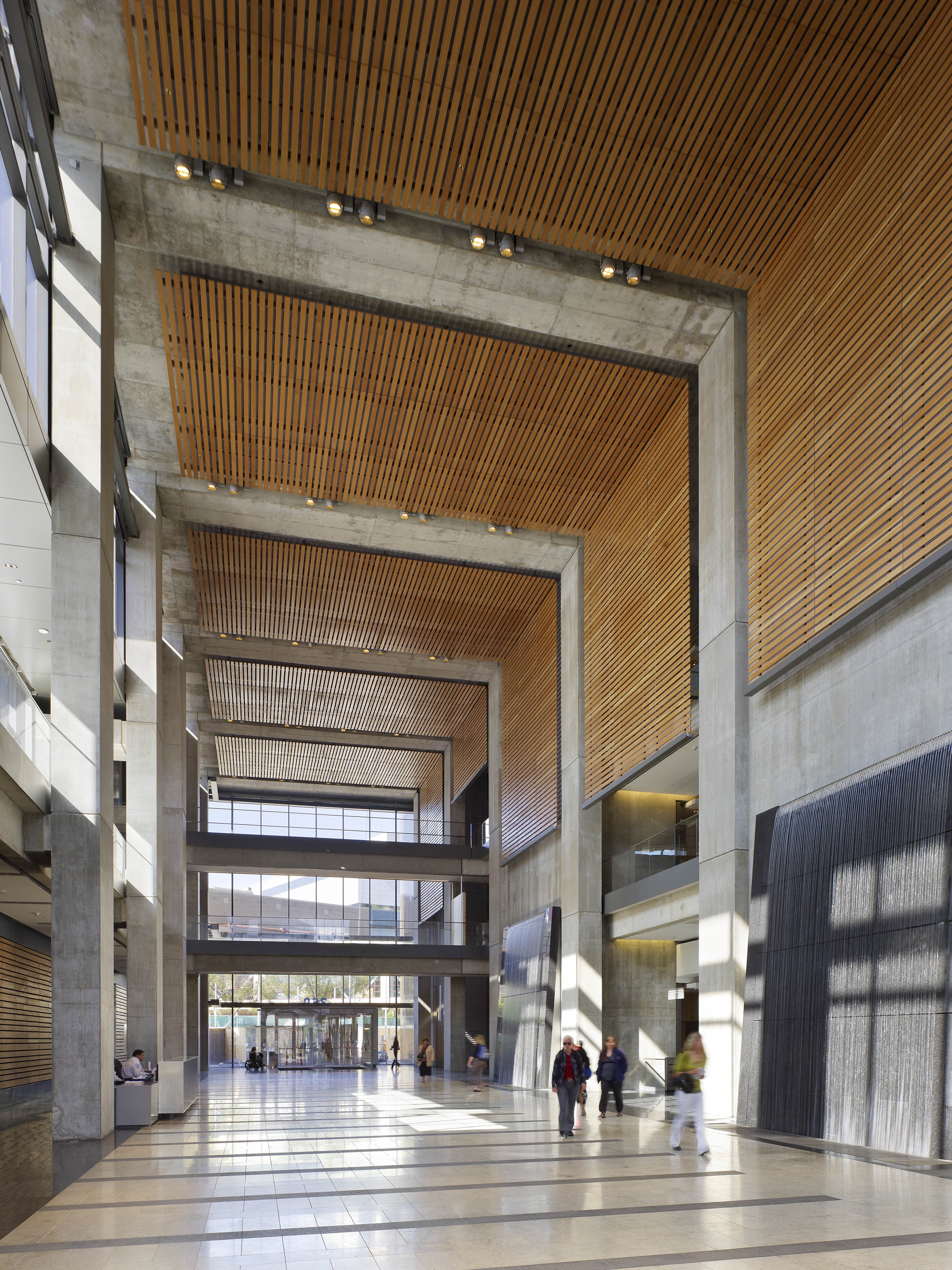 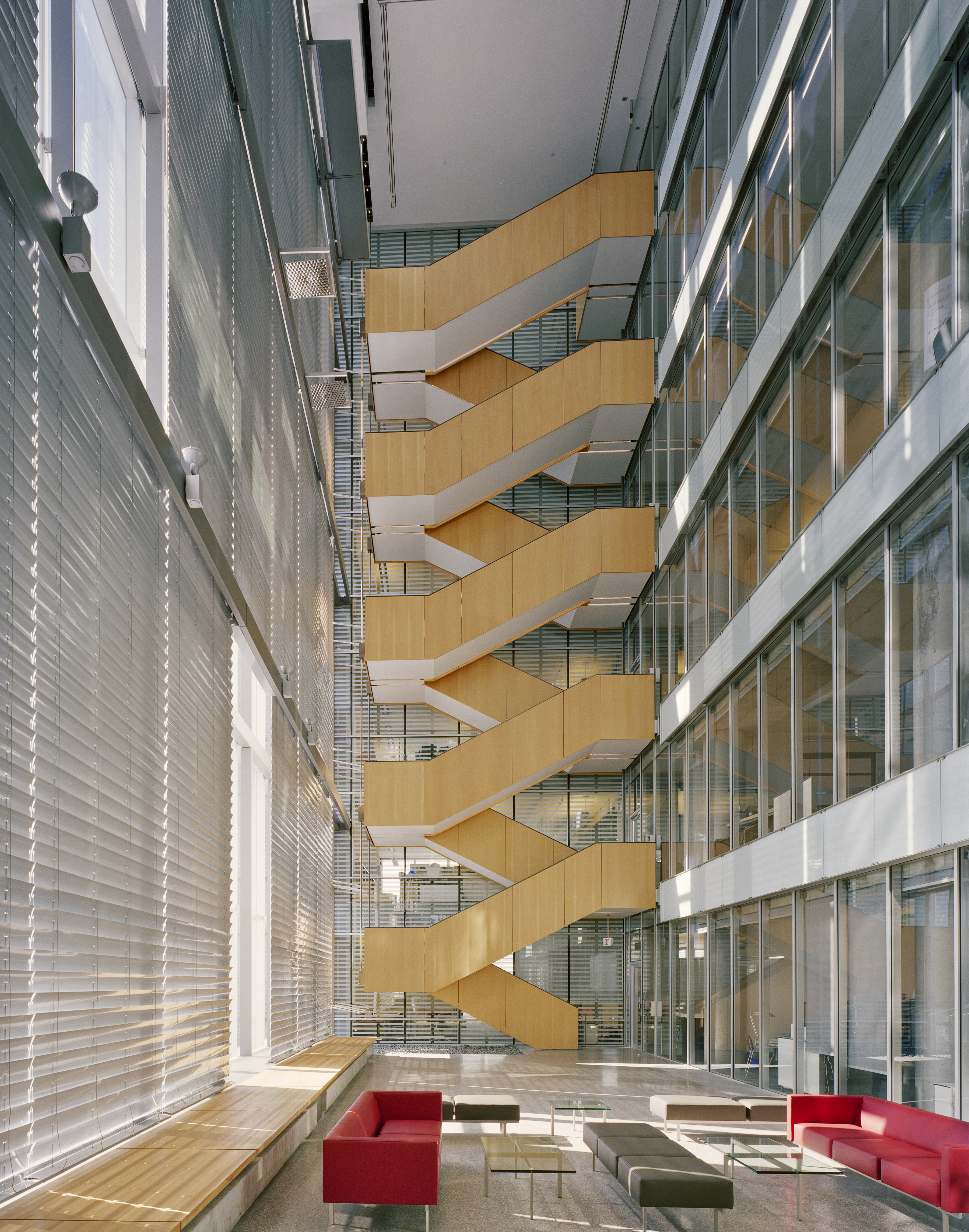 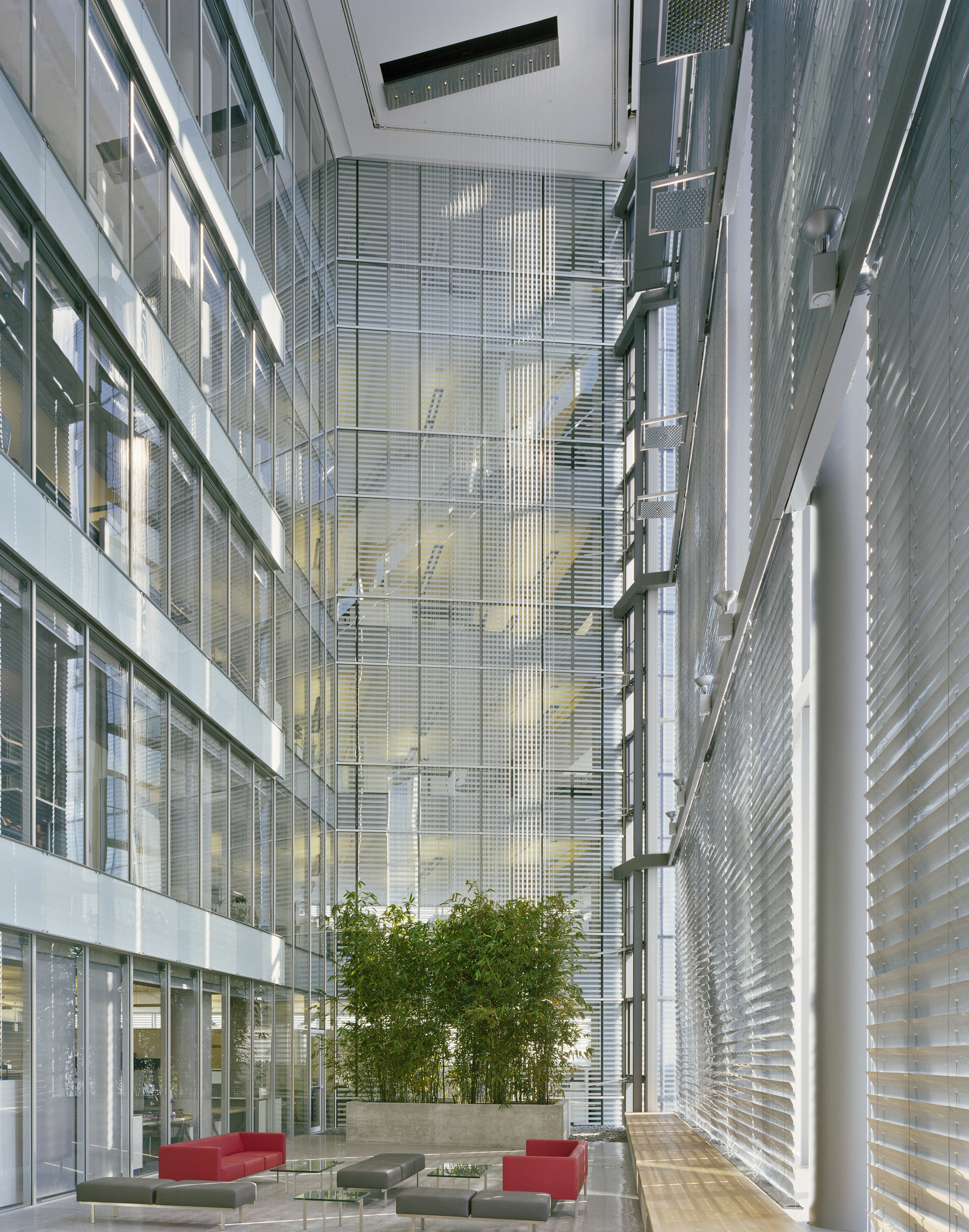 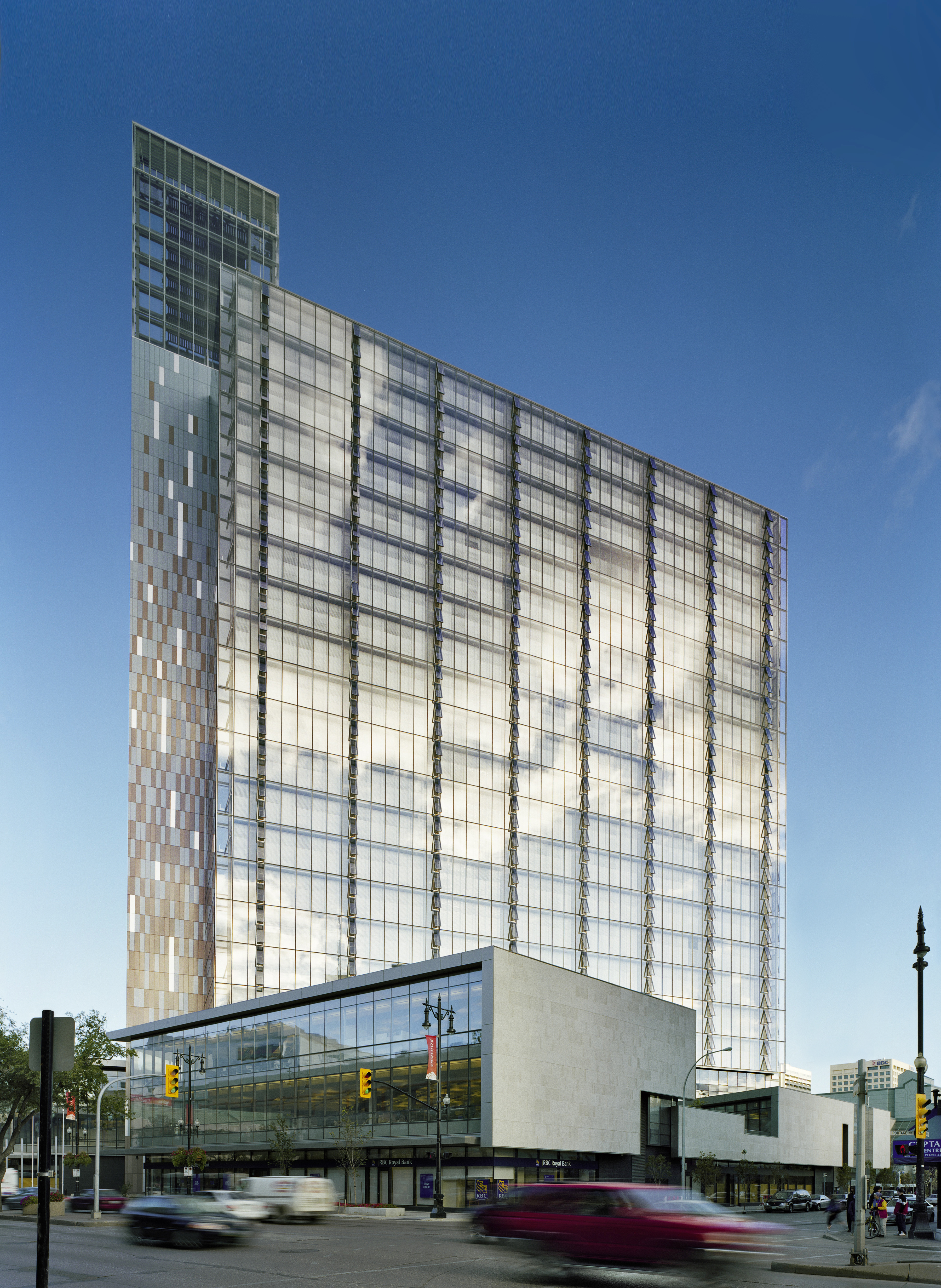 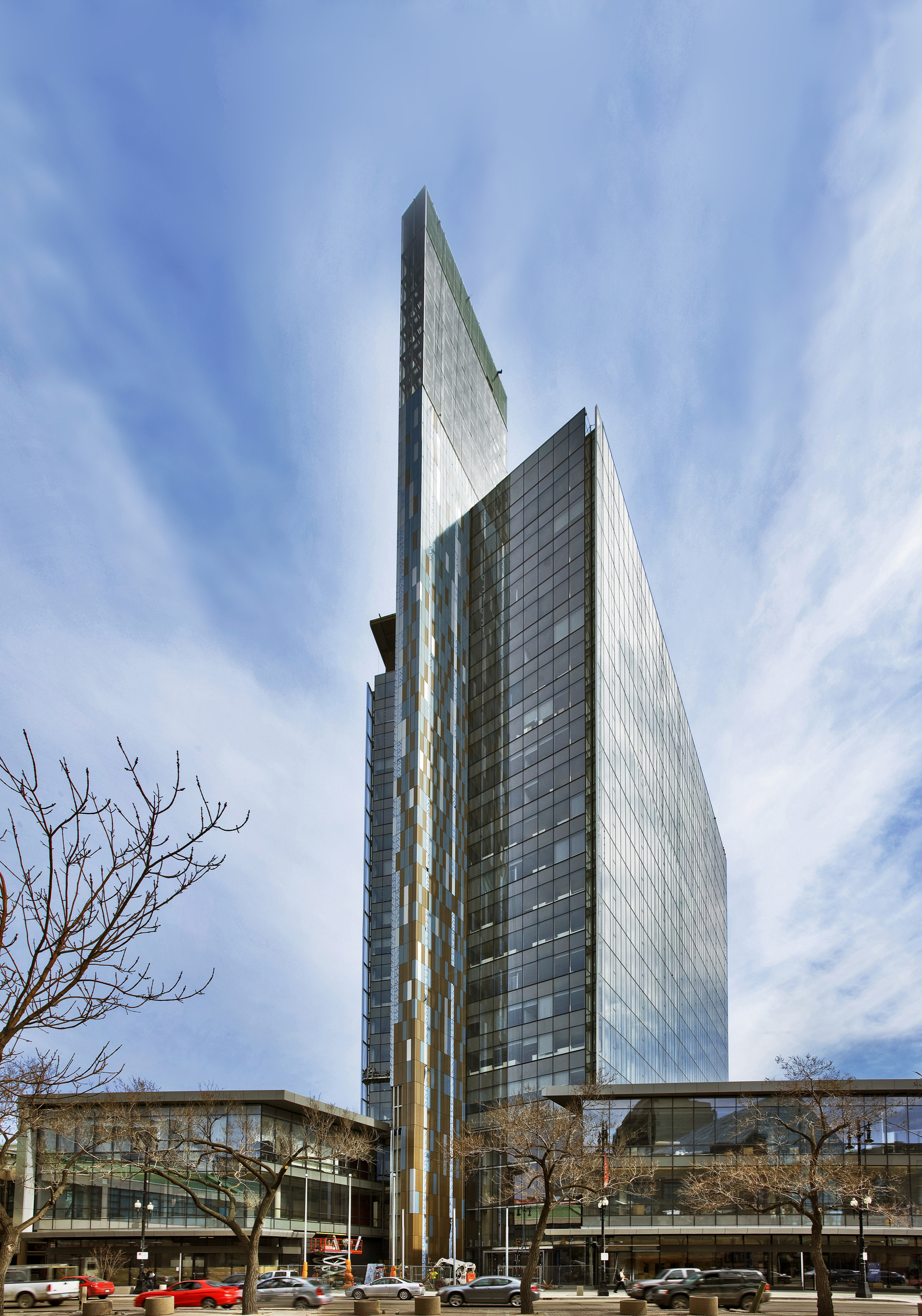 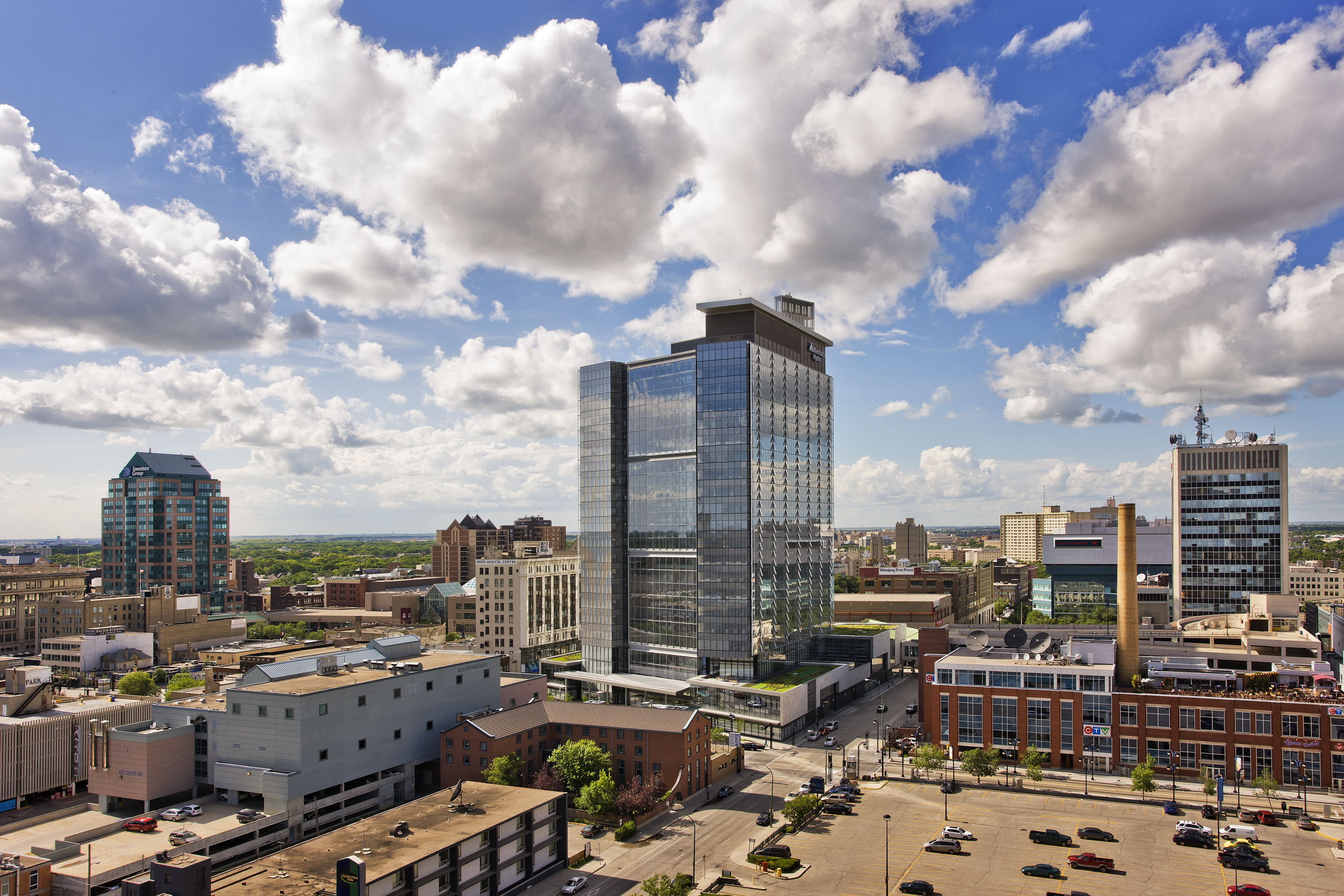 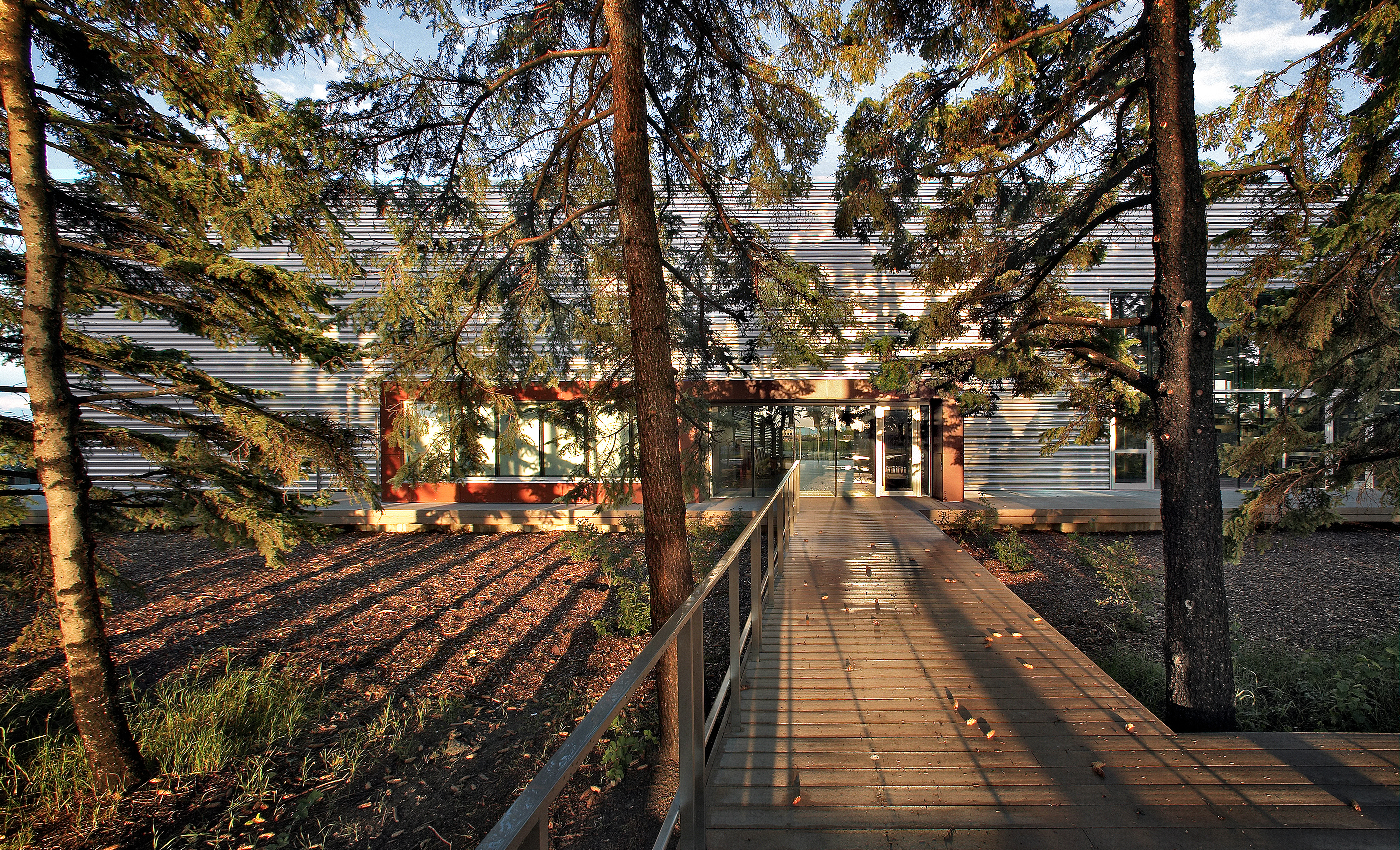 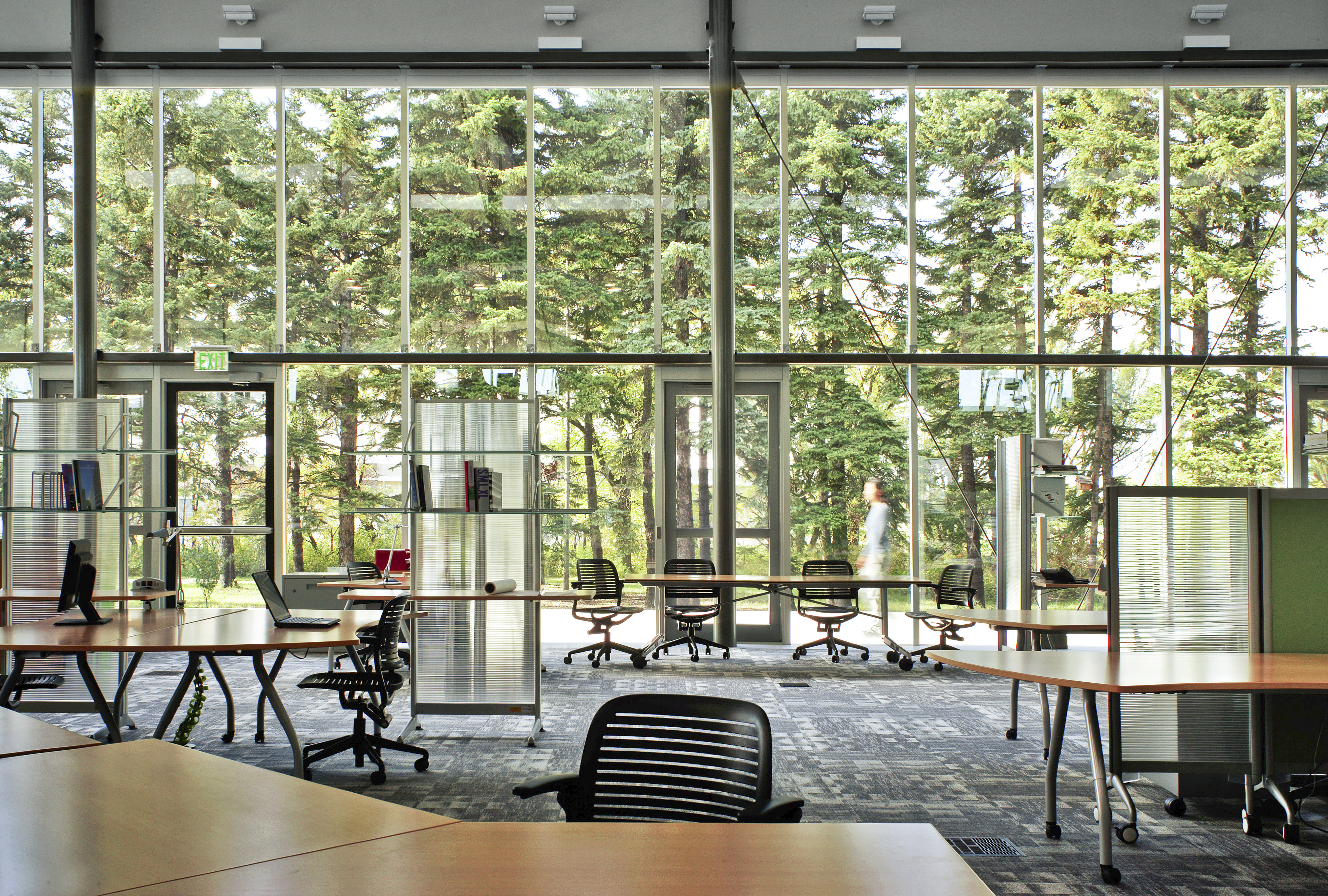 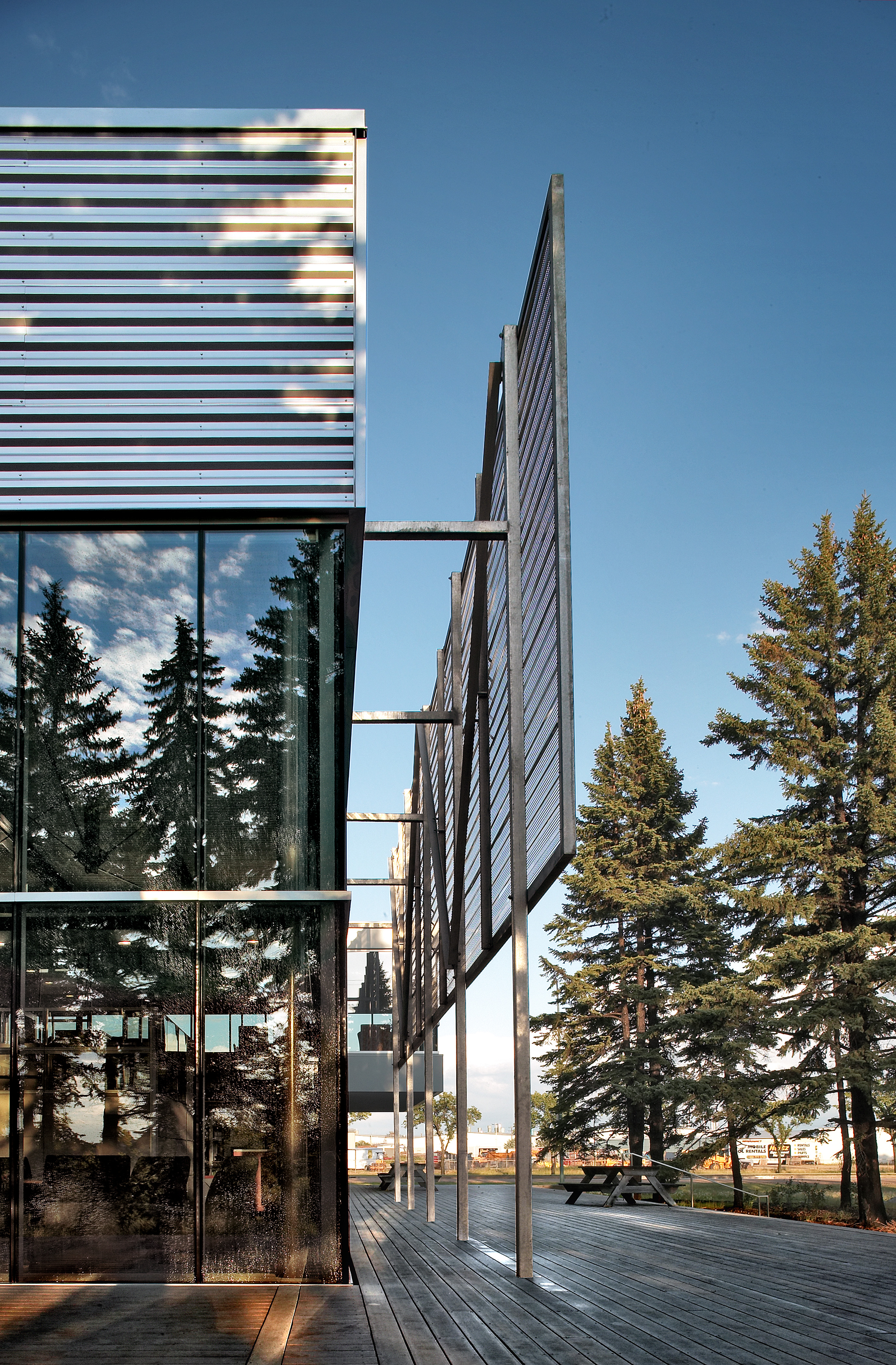 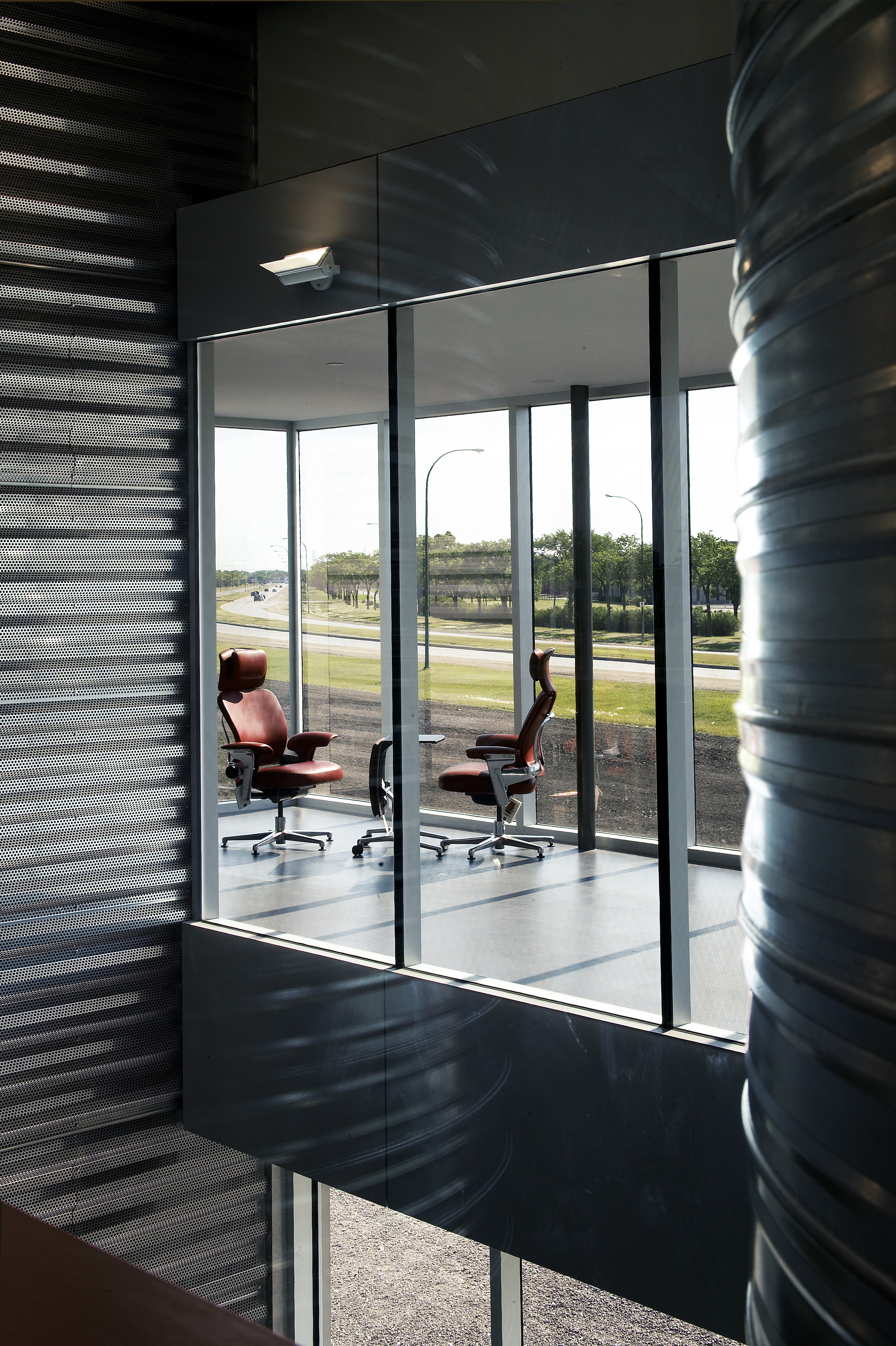 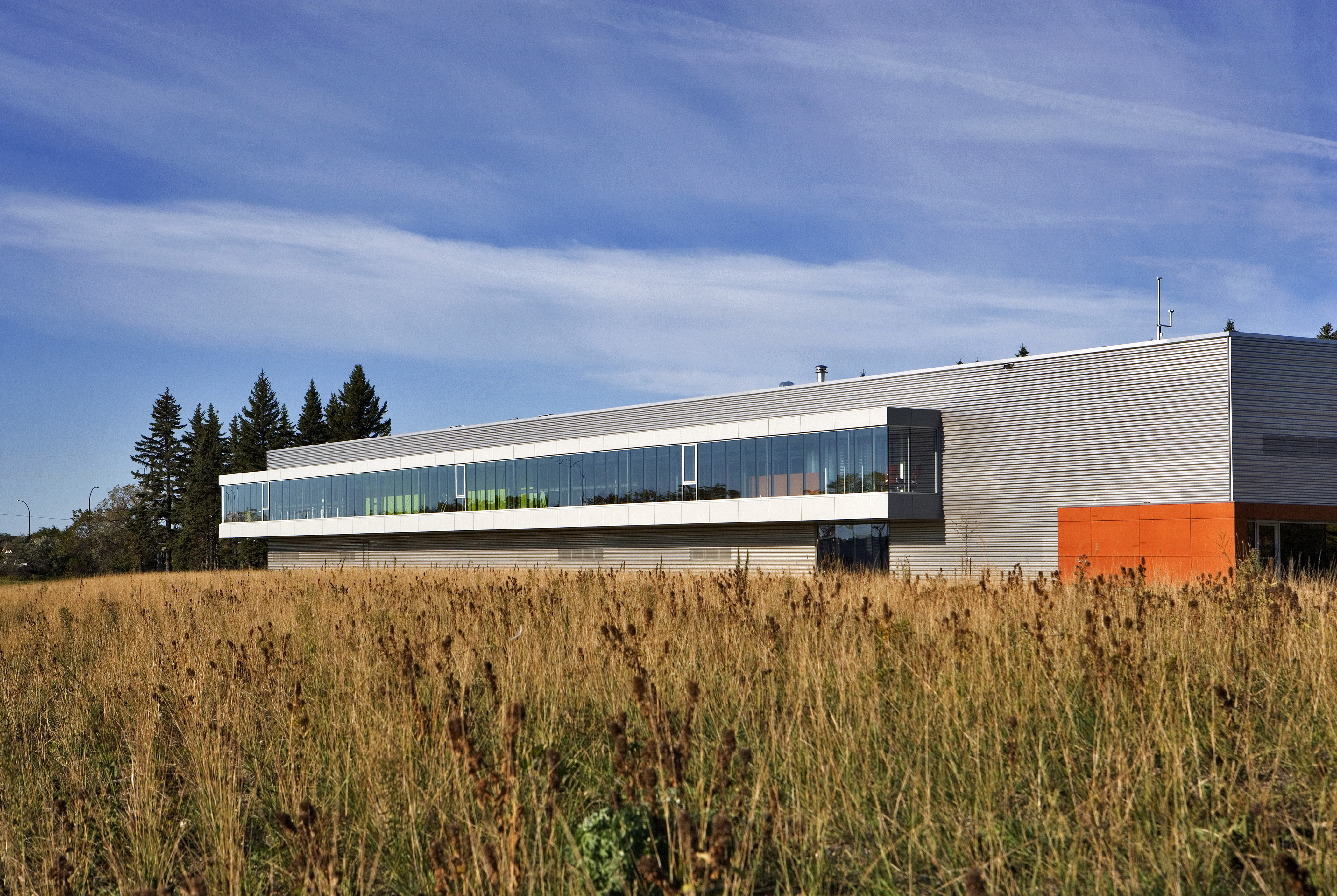 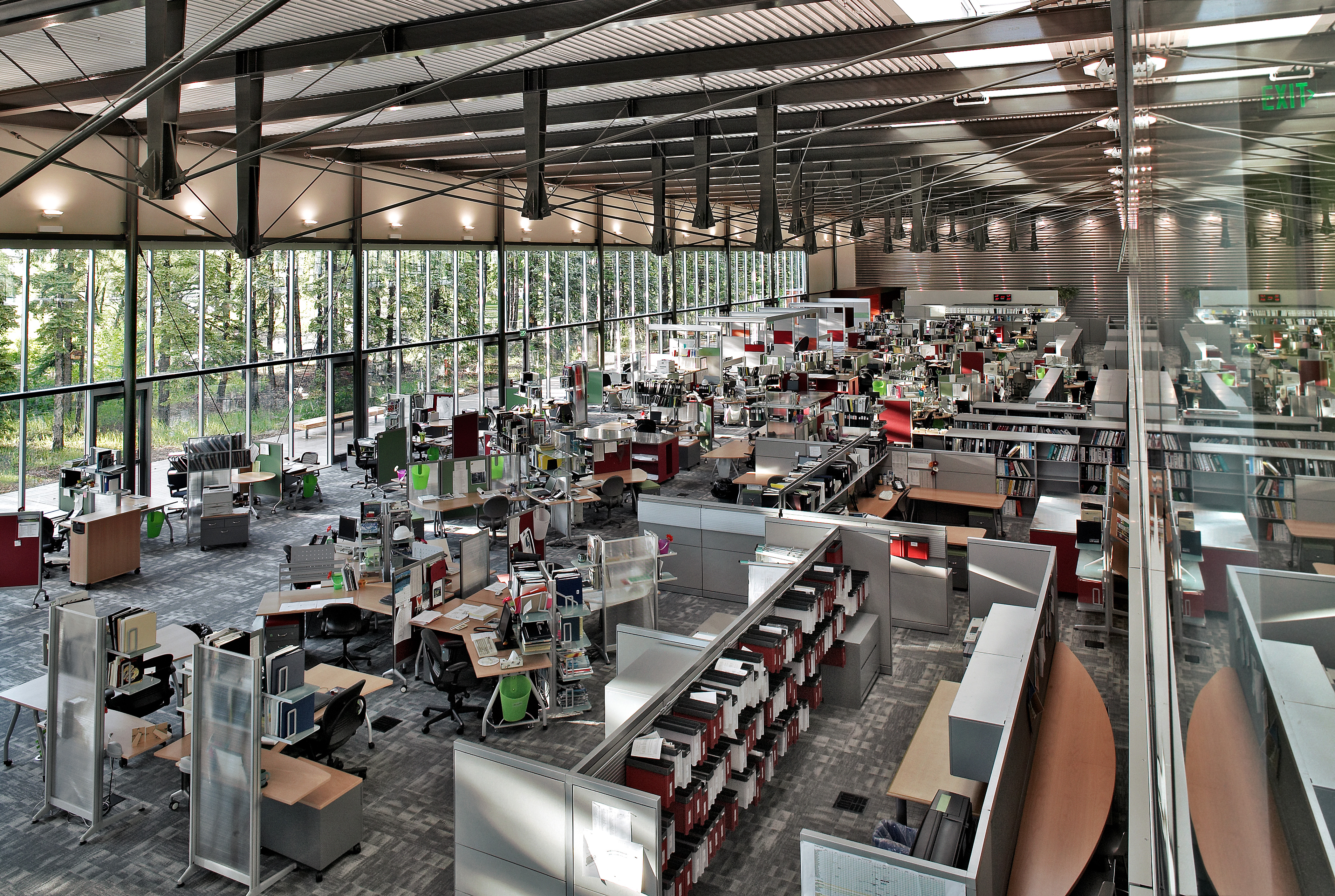