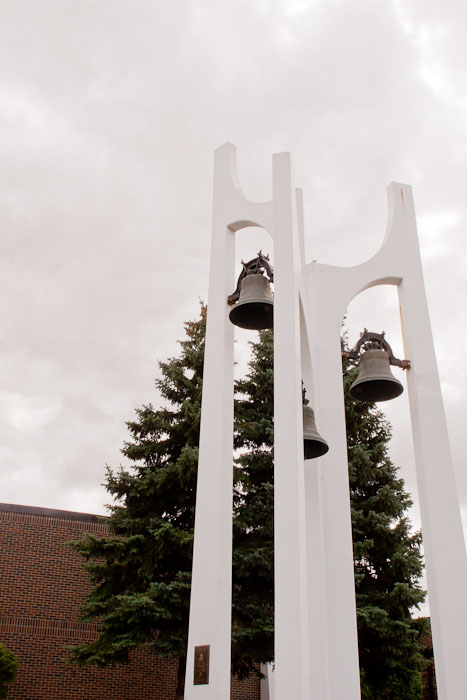 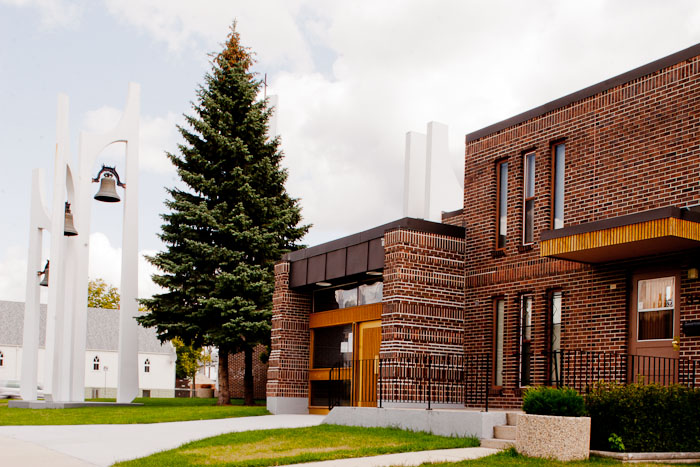 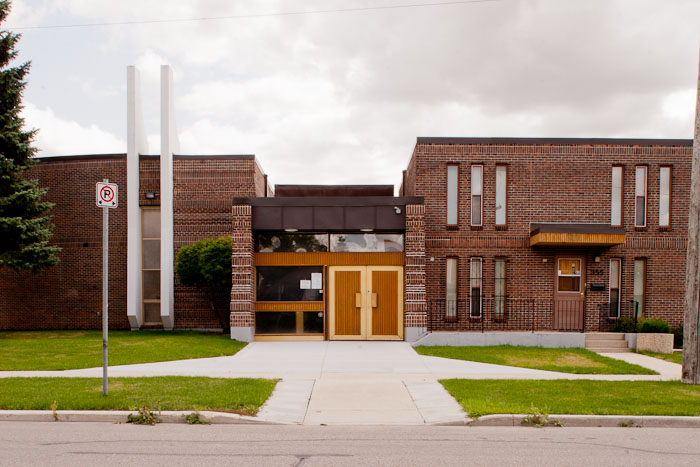 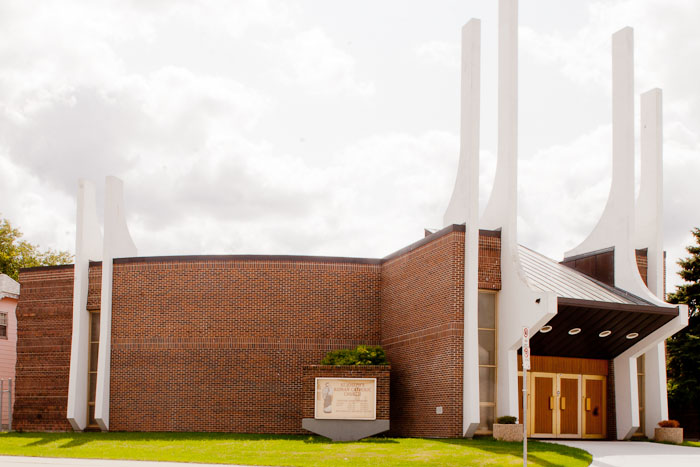 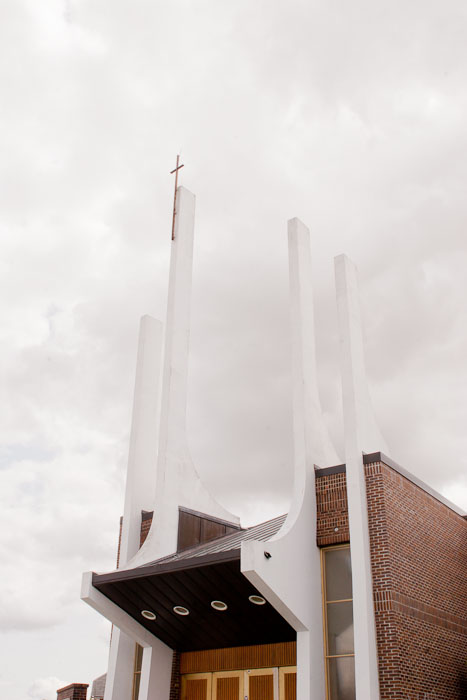 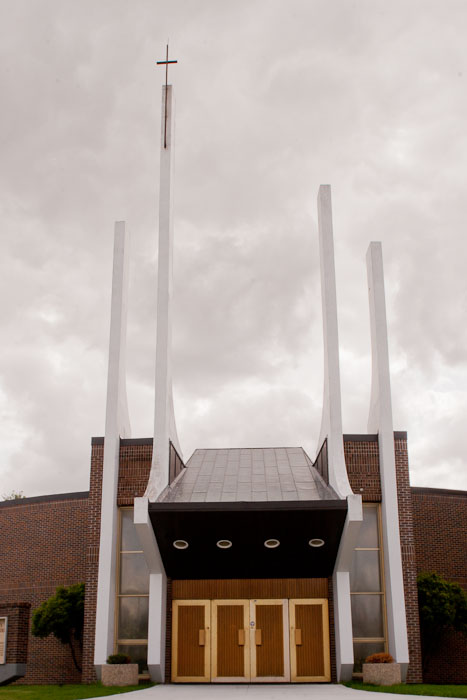 St. Joseph's Roman Catholic Church – a striking presence at the corner of Mountain Avenue and Andrews Street – officially opened Sunday, June 6, 1971. At this point the church was blessed by George B. Cardinal Flahiff, Roman Catholic Bishop of Winnipeg. St. Joseph's congregation had previously met at the old church site at 491 College Avenue.

The architecture of the new church (conceived by Winnipegger Boyle Francis Schaeffer) is a dramatic example of post-Vatican II Catholic Church design. It represents an eye-catching embrace of an expressionist mode of modern architecture to achieve the age-old aims of much church architecture: to invite, to inspire and to communicate something of the grandeur of the spiritual purpose of the activities held within. Most notably, these messages are relayed through the elegant entanglement of the four, three-stemmed, concrete pillars that mark the north-west entryway. In contemporary form, these pillars also serve as another classic church element: the bell tower. In fact, though sinuous and undoubtedly modern in appearance, these soaring pillars hold aloft three bells, manufactured in France, which date back to 1908 where they graced an earlier iteration home of the St. Joseph’s parish. Two plaques erected at this site acknowledge the restoration of the bell tower and bells (May 1, 1991) and commemorate the Parish’s 100th anniversary in 2006.

The history of St. Joseph’s congregation is long. Excavation work on the first St. Joseph's Roman Catholic Church began in 1904. Two fires, in 1908 and 1947, destroyed the original building. Repairs enabled it to continue to serve, but by 1970, the more than 60-year-old and repeatedly damaged structure was deemed insufficient for the parish’s needs.

Beyond the towering concrete pillars that serve as a landmarks in this North End area, the church’s architecture is characterised by curving walls of brown brick, which echo other noted examples of Canadian post-Vatican II Catholic Church design, including Red Deer’s St. Mary’s Catholic Church (Douglas Cardinal, architect) and Winnipeg’s Precious Blood and St. John Brebeuf Catholic churches (Etienne Gaboury and Mel Michener, architects). The interior design of the church echoes these as well, oriented to the liturgical changes of the 1960s, with a fan-shaped nave and pews curved around the altar, lit by skylights above. Among the unique interior details of the present St. Joseph’s church are three carved wooden figurines imported from South Tyrol, Italy. Stained-glass windows serve as further ornamentation.