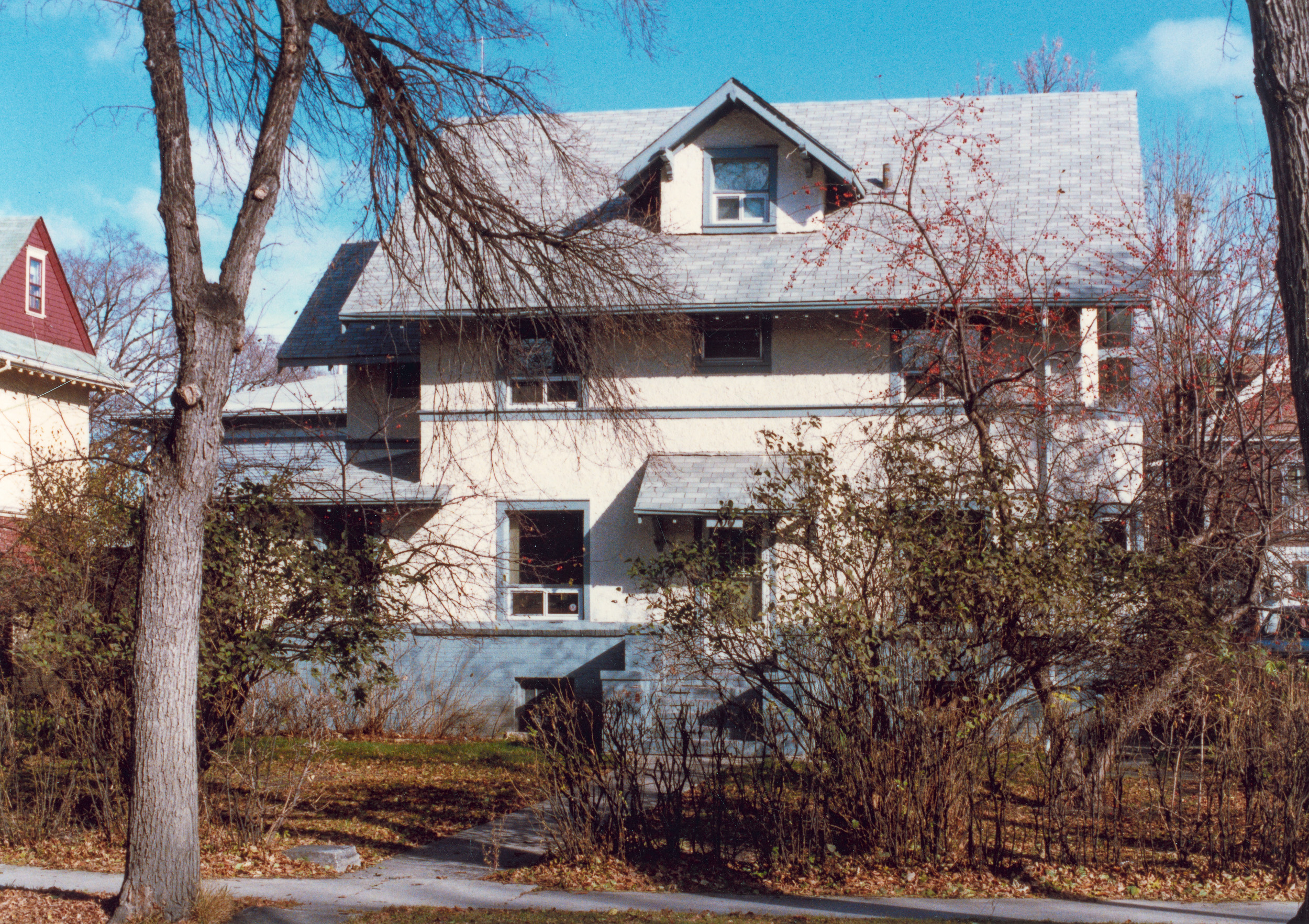 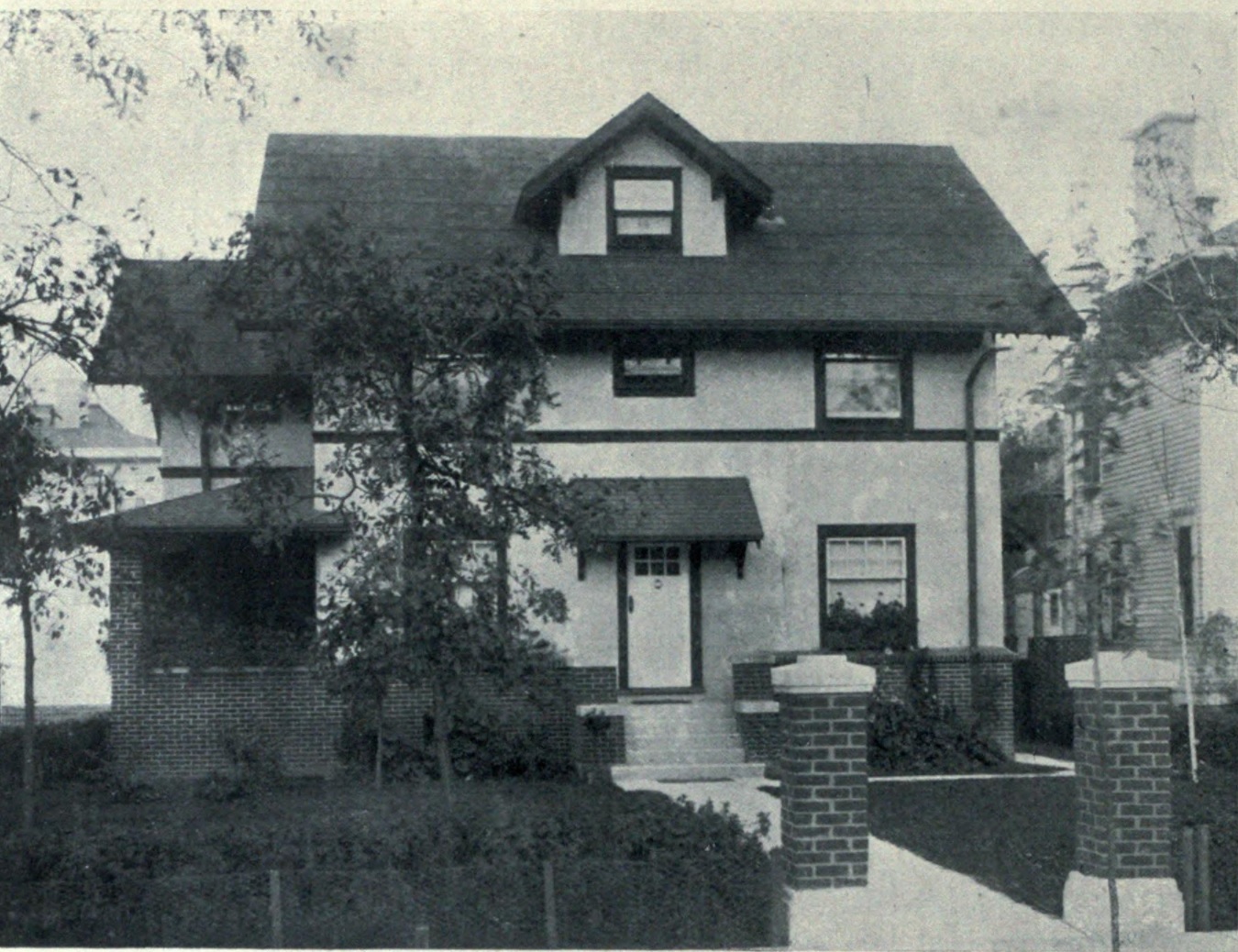 This unassuming two-storey house once belonged to one of Winnipeg’s most prominent architects, John Danley Atchison. Atchison began his architectural career in Illinois, training at the Chicago Art Institute and the Chicago Manual Training School. For several years he worked at the Chicago firm Jenney & Mundie Architects and during that time he married Grace Relyea Abeel. In 1905, Atchison, his wife, and their young daughter Isabel, moved to Winnipeg. Atchison’s career in Winnipeg was prolific; he designed more than 200 Winnipeg buildings and was one of the first architects in Western Canada to use both steel frames and terracotta cladding for commercial structures.

The family home on Nassau Street was constructed in 1906, and was designed by Atchison himself. Though the house was not as large as some of the mansions Atchison designed, 100 Nassau suited the family’s needs. Three bedrooms on the second storey accommodated Atchison and his growing family.

The design of the house was noted in the local papers and in a Canadian journal for architects. The Winnipeg Telegram remarked on the house’s pleasing style, calling it “in every way a model home,” and Construction: A Journal for the Architectural Engineering and Contracting Interests of Canada provided floor plans of the house. The interior was reportedly roomy for the time; both the reception room and living room boasted beamed ceilings and oak trim. One of the second-floor bedrooms had its own fireplace.

The exterior of the home has a base of red brick with white mortar. Broad eaves hang over the exterior walls, which are characterised by simple, straight lines. On the building’s left side was a red-bricked porch, which has since been removed.

This was one of Atchison’s first buildings in Winnipeg and the Atchisons remained in the house until 1915. After more than a decade of bustling work in Winnipeg, J.D. Atchison moved with his family to California in 1923 where he continued to work until his retirement in 1938.