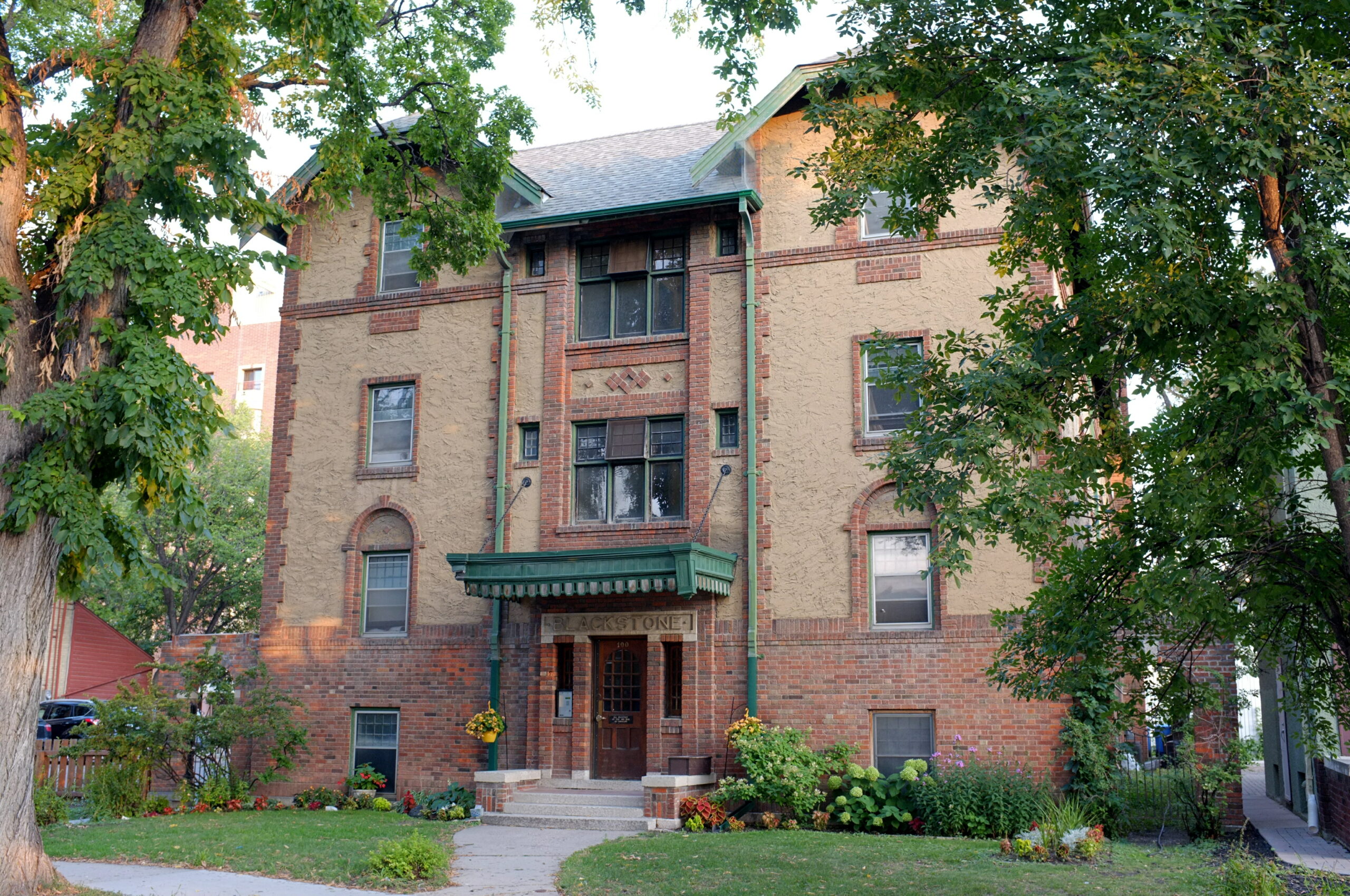 The Blackstone Apartments joined the ranks of Roslyn Road’s luxury apartments in 1927. Designed by Winnipeg architect Charles S. Bridgman, it is a mix of Tudor and Spanish Colonial design elements, which make it a unique part of the Roslyn Road streetscape.

Praises were sung for the Blackstone Apartments before the building had even opened, and the Winnipeg Tribune went so far as to call it “an innovation in apartment blocks.” It was fully decked out with the most modern appliances available in Winnipeg (or, as the Tribune put it “every labour saving device present at vogue”). Each of the eighteen suites boasted an electrical fridge, range, and stove. With electrical outlets readily available as well, the paper further claimed the Blackstone Apartments a “modern housewife’s dream of a perfect electrical home.”

The exterior was just as appealing, with its dark brick facade and painted stucco accents. A stone panel atop the entrance reads BLACKSTONE, welcoming visitors to the complex. The largely flat surfaces, arched window openings and coloured stucco are reflective of Spanish Colonial architecture. It is a relatively rare architectural style in Winnipeg.

Less rare is the Tudor Revival detailing, which one can see in the irregularly pitched roof and masonry walls. Yet, unlike many Tudor Revival structures, the Blackstone Apartment lacks the typical ornamental half-timbering.

Little has changed on the building’s exterior over the years, and even the interior layout remains similar to what it once was.