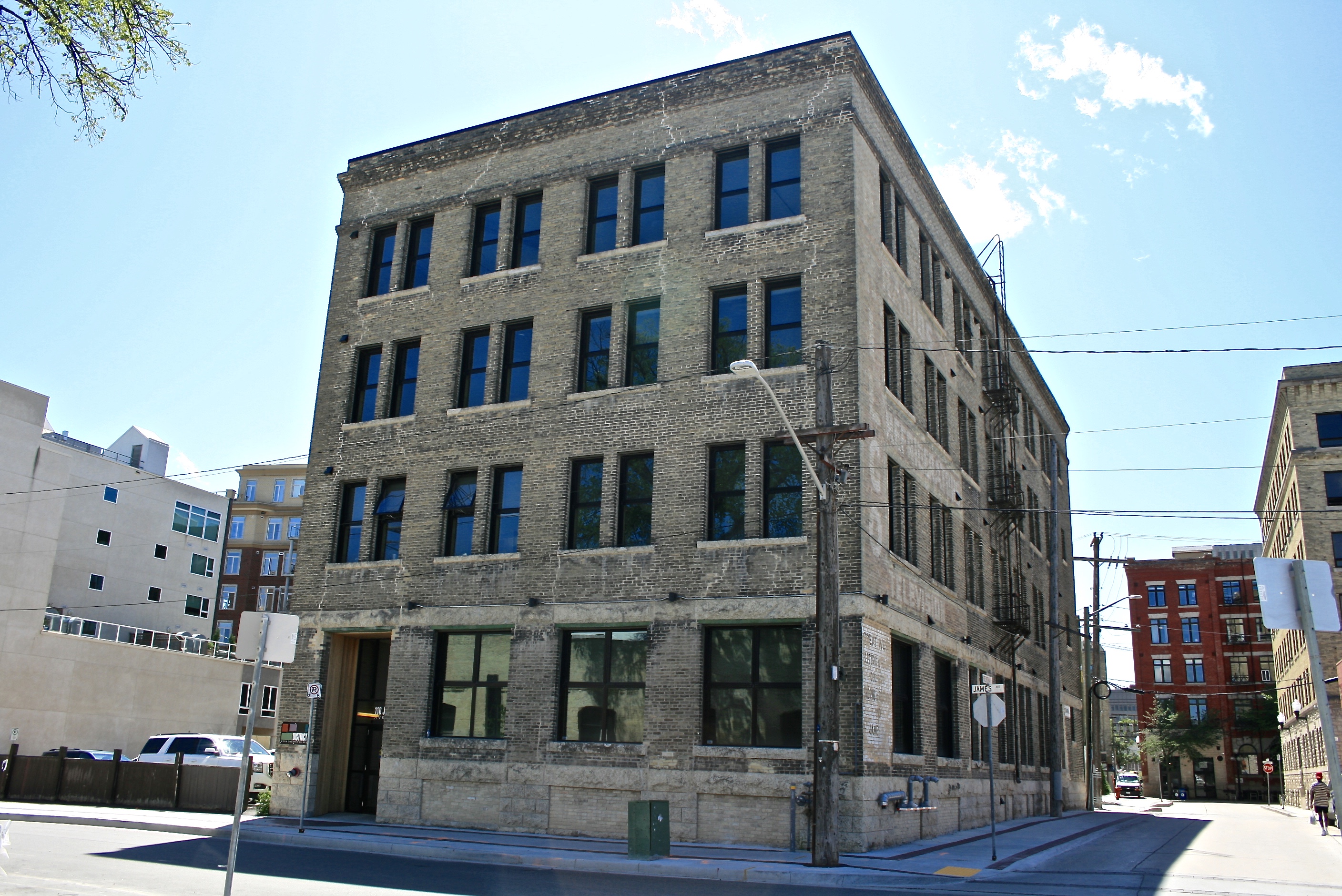 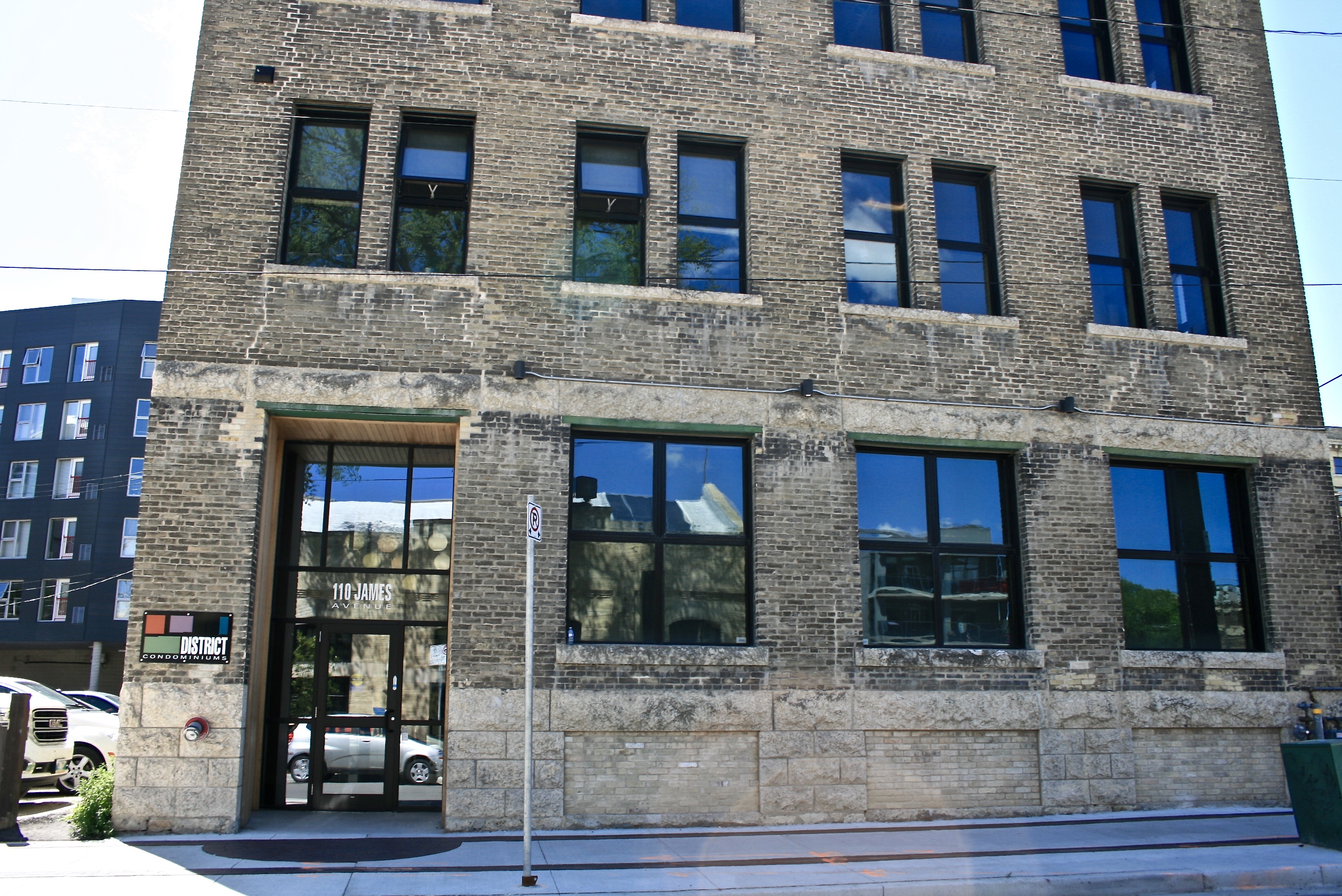 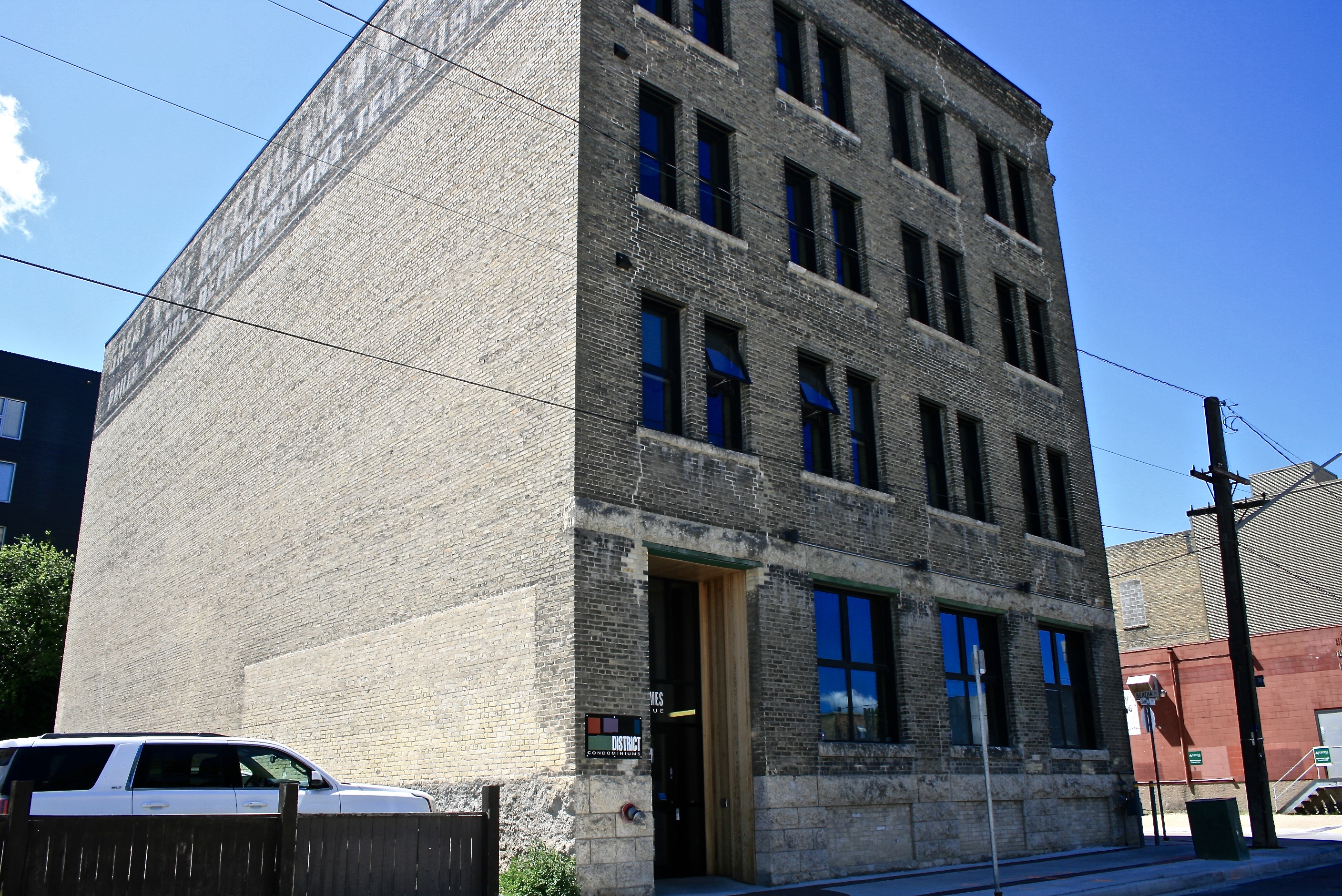 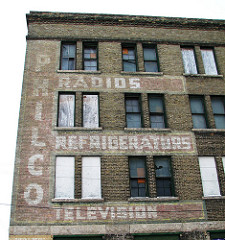 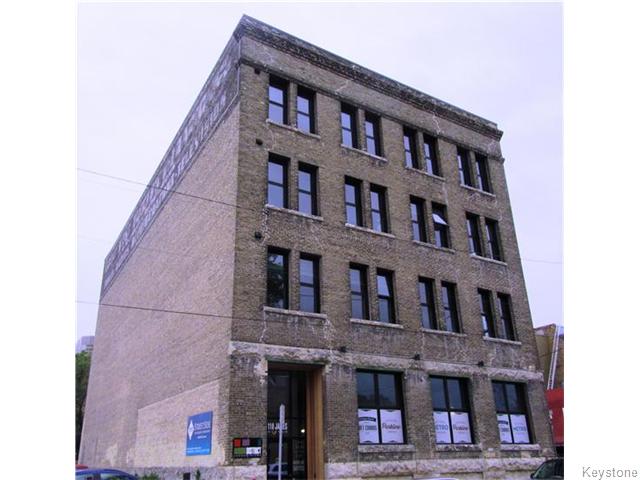 The Ryan Brothers, (Michael, James, George and Thomas), came to Winnipeg in the 1870s. Thomas soon opened a successful hand-made boot and shoe shop at 492 Main Street. In 1890 he decided to concentrate solely on the wholesale side of the business and George took over the retail operations.

In 1908 George sold an interest in the firm to another long-time footwear retailer, W. T. Devlin, and the company became known as the Devlin Ryan Shoe Company.

The Ryan brothers were an entrepenurial bunch and operated a number of businesses in the early 1900s. In 1906 George formed the Ryan Brothers Limited, a dry goods distributor, on Bannatyne Avenue. One of their first lines was Diamond Cleanser.

In October 1910 George bought a parcel of land at 110 James Avenue and immediately began construction on this building. It was to house a new venture for the brothers:commercial refrigeration and store fixtures.

Their offices and warehouse were located here, there was also a separate manufacturing facility at Alexander Avenue ant Brighton Street, (which burned down in the 1920s).

They leased out extra warehouse space to other companies, everything from paint storage to a bulk paper dealer.

George Ryan, (who sometiimes went by his middle name Russell), stayed under the radar, rarely appearing in newspaper articles. He did, though, hang in the same circles and sit on committees with the likes of James A. Richardson and G. H. Aikins.

George's wife Sibyl was regularly in the papers organizing lectures, teas and church events for Grace United. She was an accomplished singer and pianist who appeared in recitals and entertained at other events. They raised their five children at stately 79 Ruskin Row.

The most noticeable feature of the building is the Philco Radios, Refridgerators and Televisions sign on the west wall. This was added by Great West Electric on Princess Street who occupied the building in the 1960s.

In the fall of 2010 StreetSide Developments announced that they were converting 110 James Avenue into a 19 unit condominium complex.