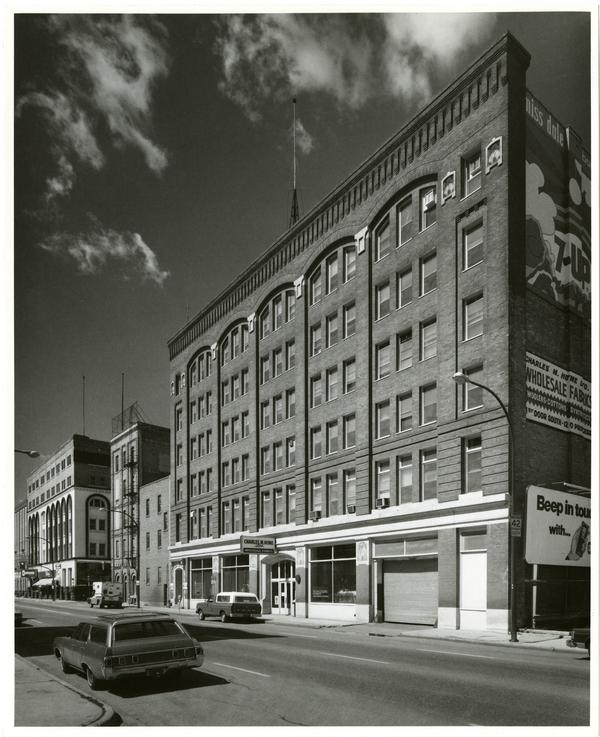 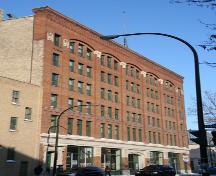 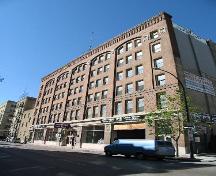 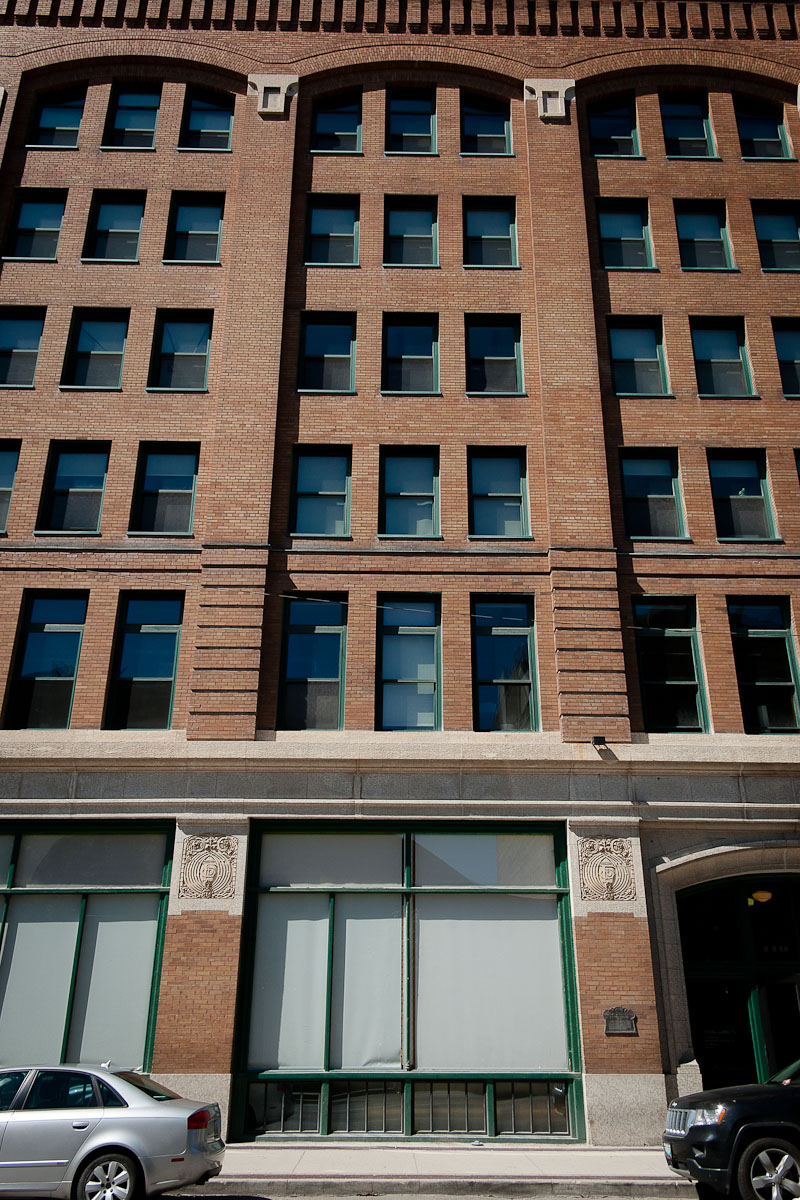 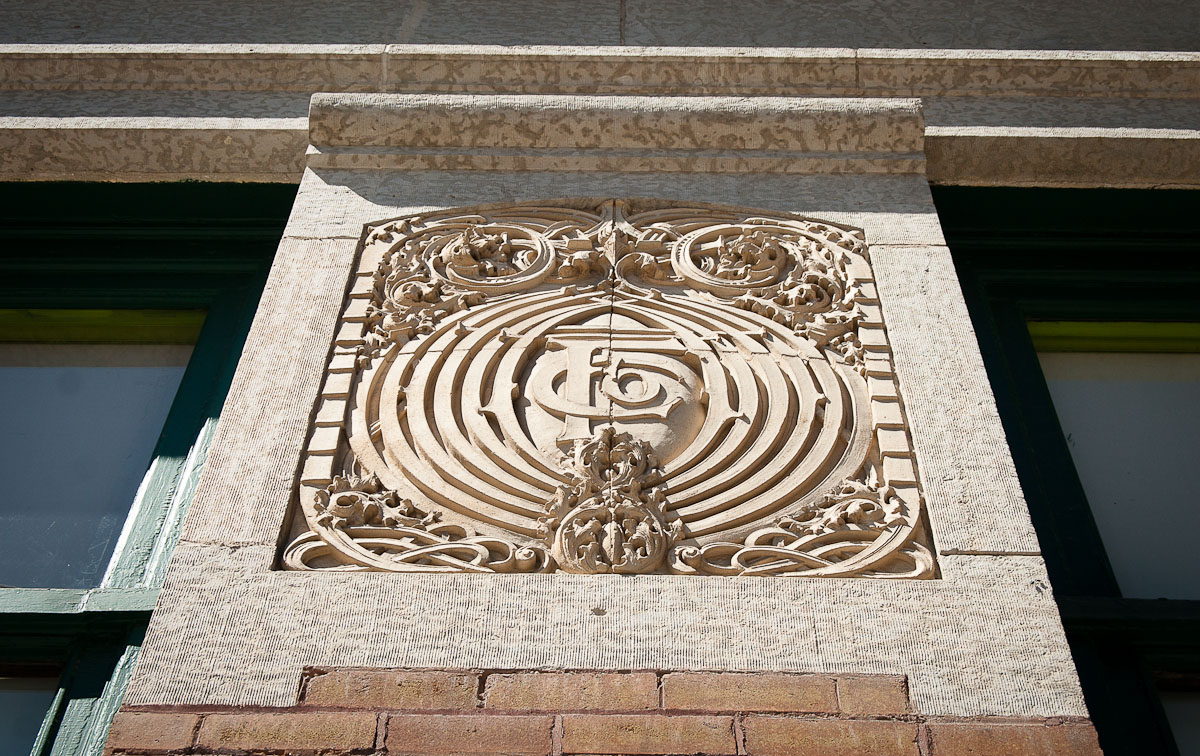 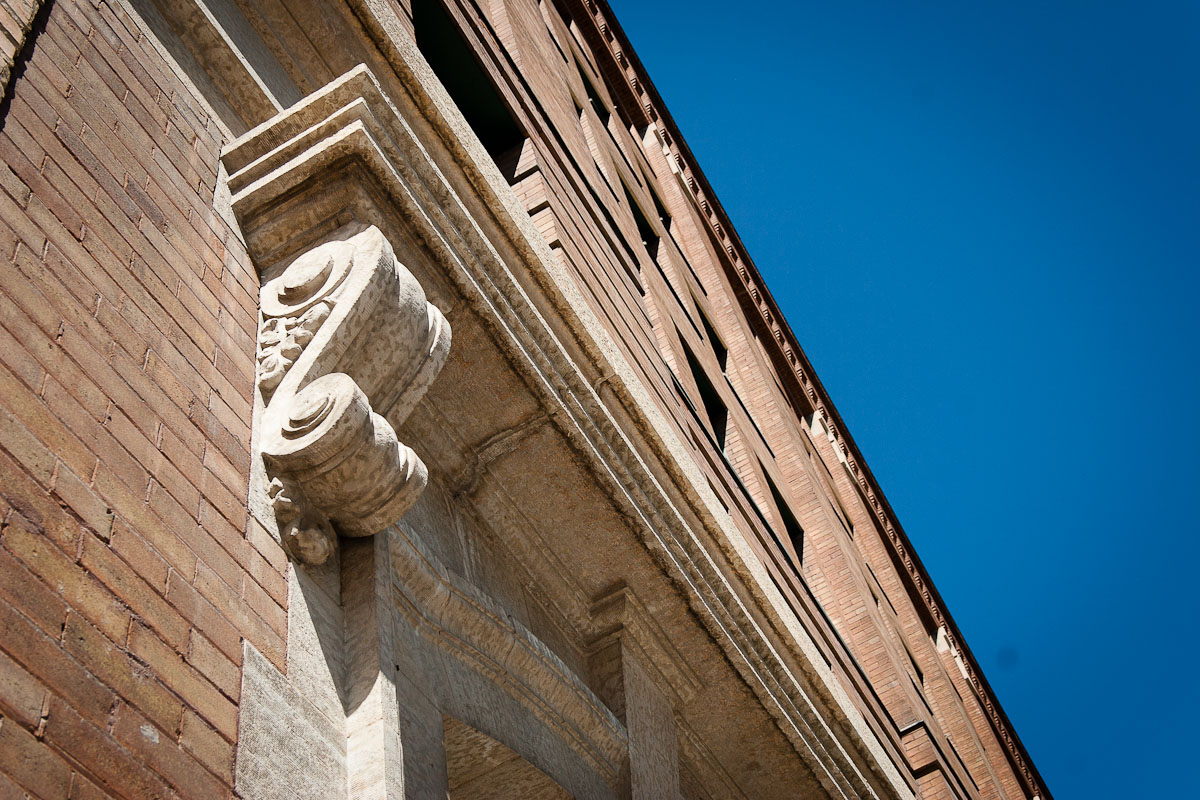 Visually striking with a distinct main facade, the Fairchild Building marks the western edge of Winnipeg's Exchange District, a national historic site of Canada. Completed in 1907, the brick warehouse stands on a street - Princess - that is lined with wholesale and mixed-use facilities, including some of the earliest structures built in the Exchange District.

The Fairchield Building, the work of two Chicago-trained architects (John D. Atchison and Herbert Rugh), is an early and well-preserved Winnipeg example of a large Chicago School-style warehouse, one that displays Sullivanesque details and also has valued interior features. The structure's design sets it apart from many other warehouses in the Exchange District, with their robust Romanesque Revival character. The Fairchild Building, in comparison, has a more restrained, classically inspired front, with multiple windows arranged in a regular grid and intricate terracotta ornamentation that reflects the influence of Chicago architect Louis Sullivan. The warehouse also is important because of its connections to two prominent farm machinery distributors, the locally based F.A. Fairchild Co. and its successor, the multinational John Deere Co.