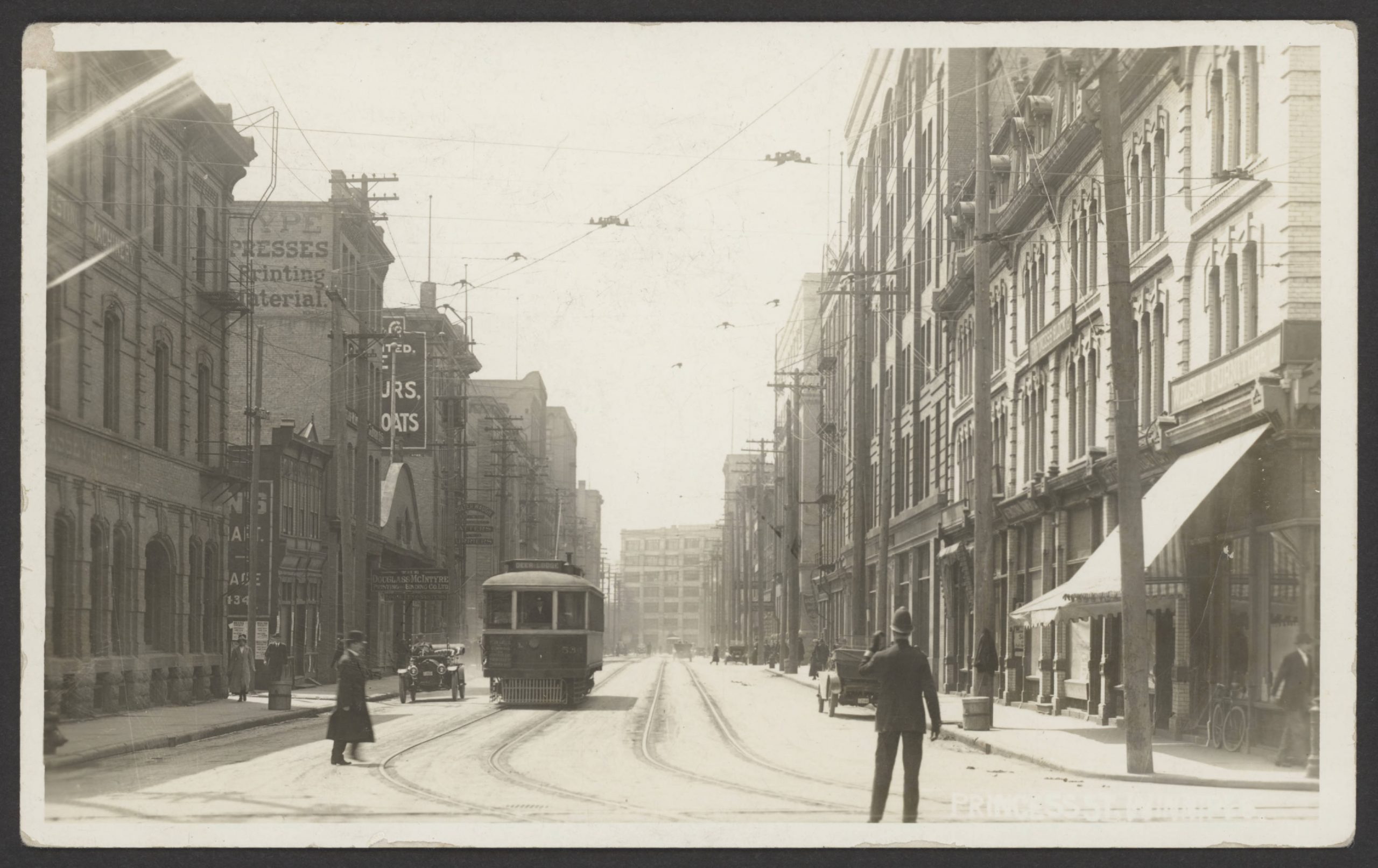 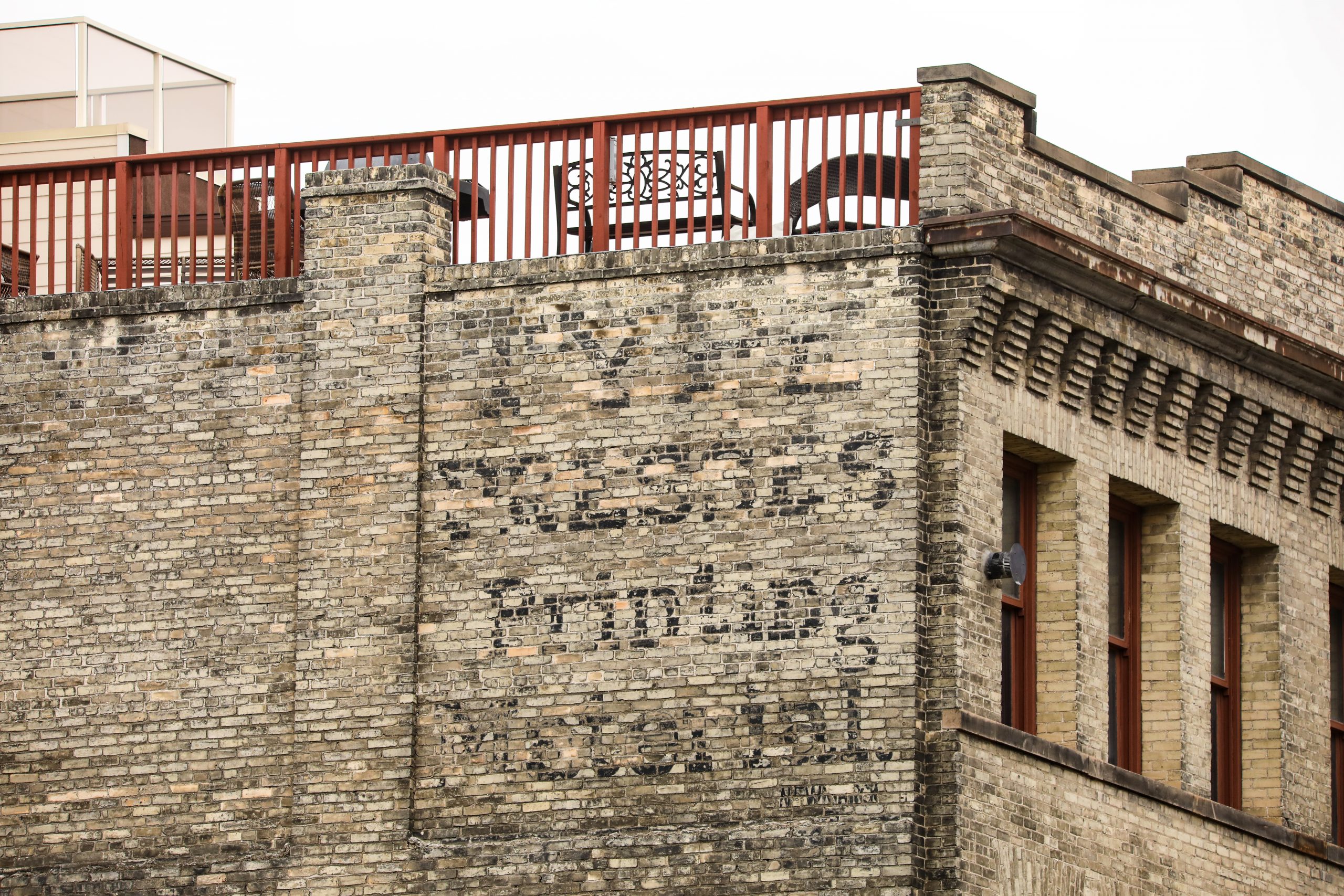 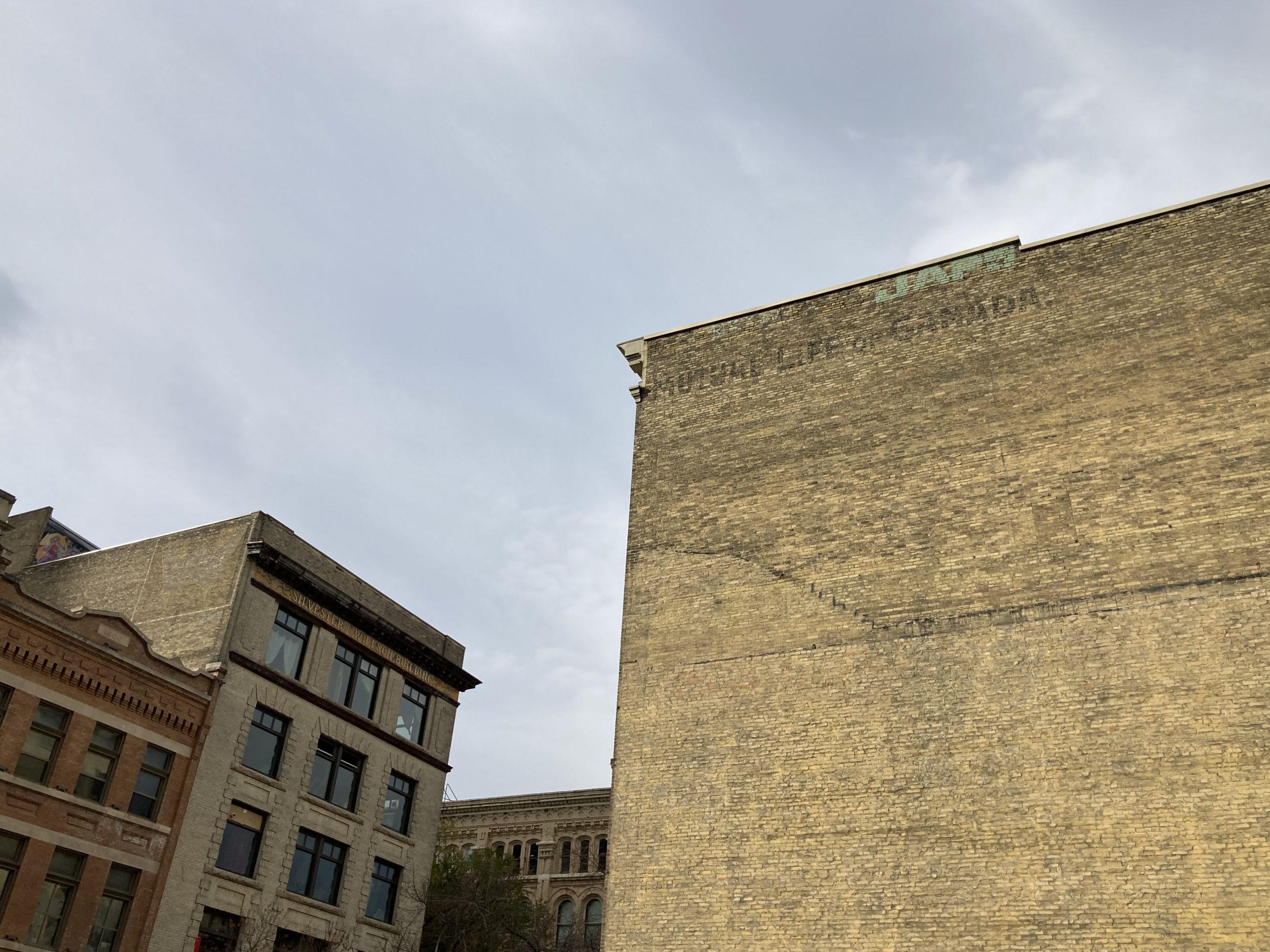 The Miller and Richard Type Foundry Company was established in Edinburgh, when Scottish type founder William Miller partnered with his son-in-law Walter Richard in 1838. The company is most recognized for creating the Old Style series of fonts, including the serif typeface Bookman. In 1905, the company expanded their Canadian business and built a warehouse facility at 121 Princess Street. In addition to metal type, they offered printers, paper cutters and newspaper folding machines. The company remained at its Princess Street address until 1931, when it left the city. In 1952, the company ceased operation altogether and sold its designs to English company Stephenson Blake.

The company has two ghost signs on this building. One almost indistinguishable ad that overlooks Old Market Square and reads “Miller & Richard.” The other, with bold, black type overlooks William Avenue and advertises type presses and printing material. Although they were both painted at the same time, signs that face the north tend to retain their colour better due to the lack of sun exposure.