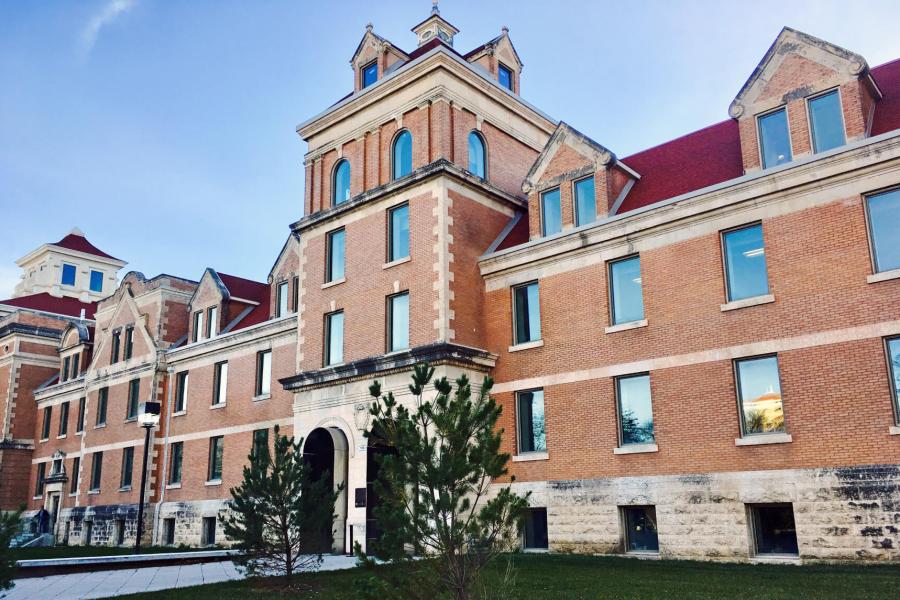 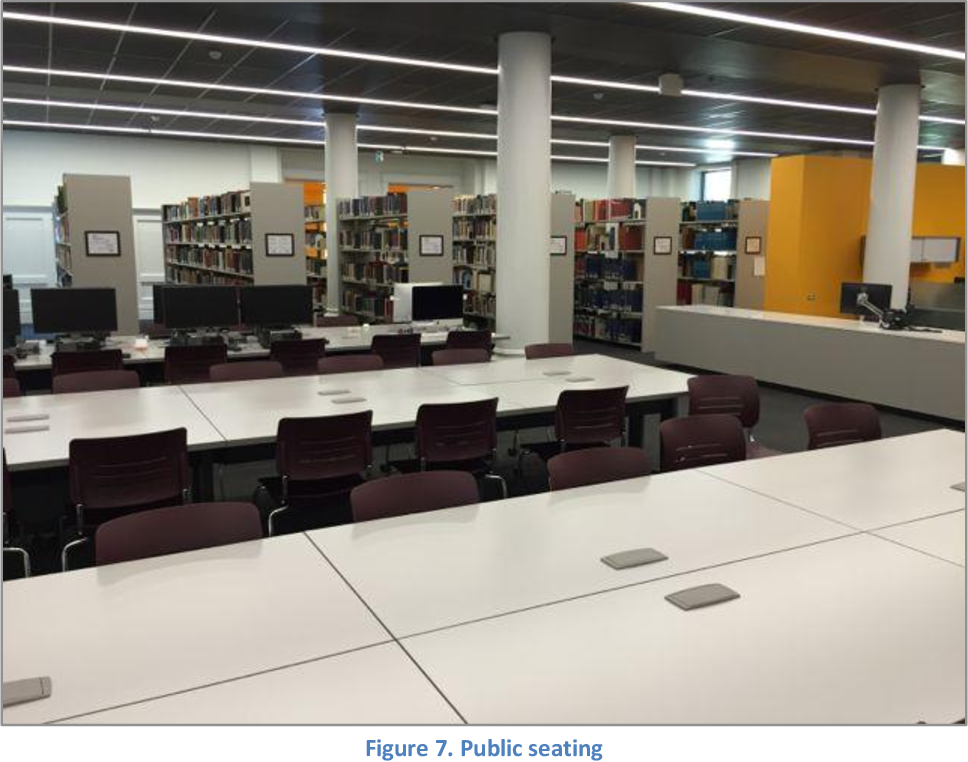 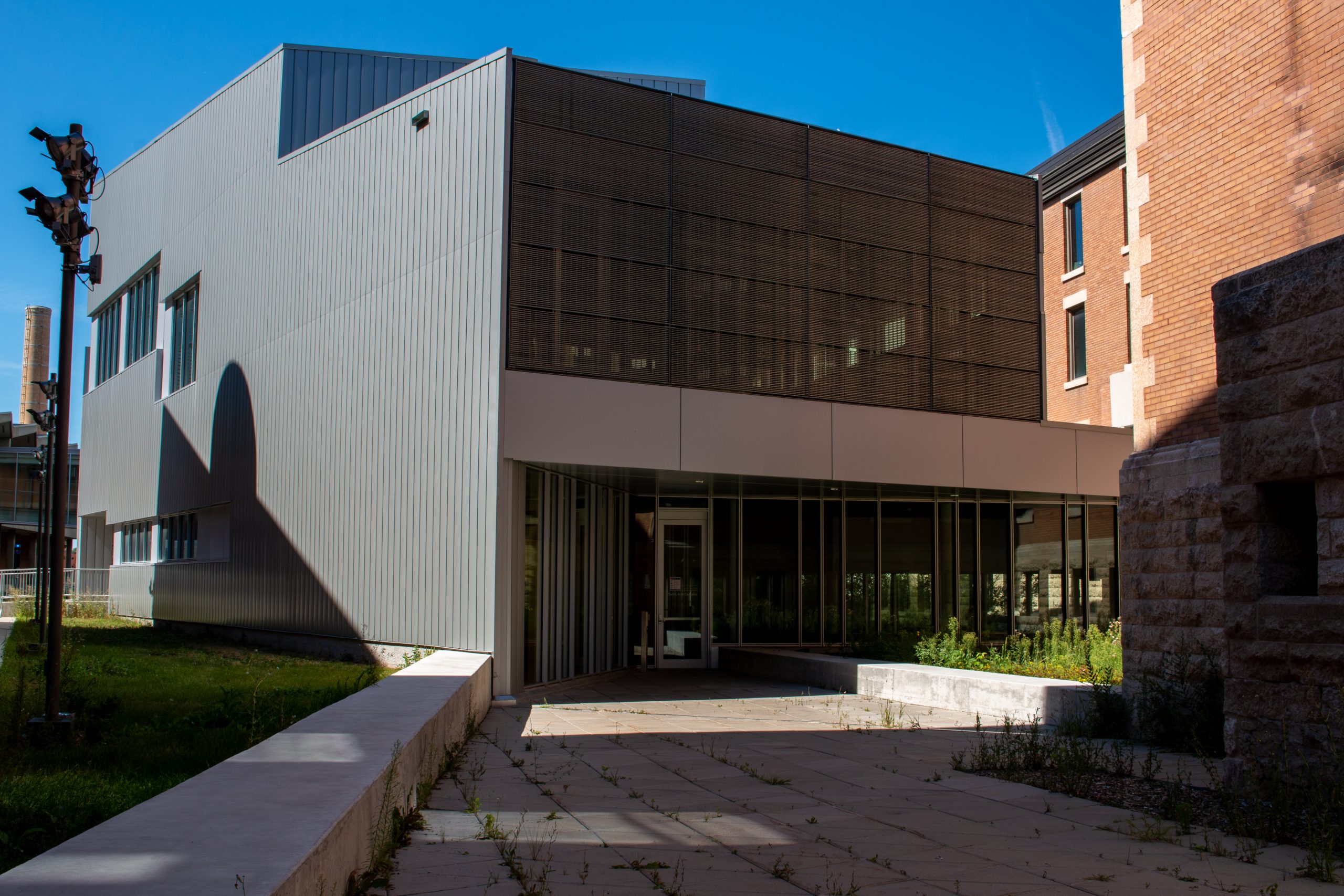 The library's front facade is that of the original 1912 Taché Residence Hall designed by Provincial Architects Sam Hooper and Victor Horwood. The building is comprised of two four-storey wings and a central block. The building's salmon-red brick, Tyndall limestone, cornices, and columns have all been restored, as well as the original terrazzo flooring within the building. The original embossed wall panelling and crown mouldings remain in the listening rooms of the library. The historic Taché Residence is the largest of all the original buildings on campus, although its design is consistent with the others. Taking aspects from Georgian style, the building uses many details of traditional architectural language including its symmetrical twin block towers flanking the entrance, extreme corners given sweeping curves, and entries treated with Tuscan columns. The building also features the red Spanish-tile roof common among the original structures on campus.

The construction team faced many challenges in the old building's restorations and renovations in accommodating the faculty of music and library. Mechanical and electrical systems in the building needed to be replaced to ensure the building's code compliance, resulting in a switch from radiant heat to the use of individual fan coil units in each room. Architects worked with the head librarian of the Eckhardt Gramatté Music Library to ensure the design met all of the facility's requirements.