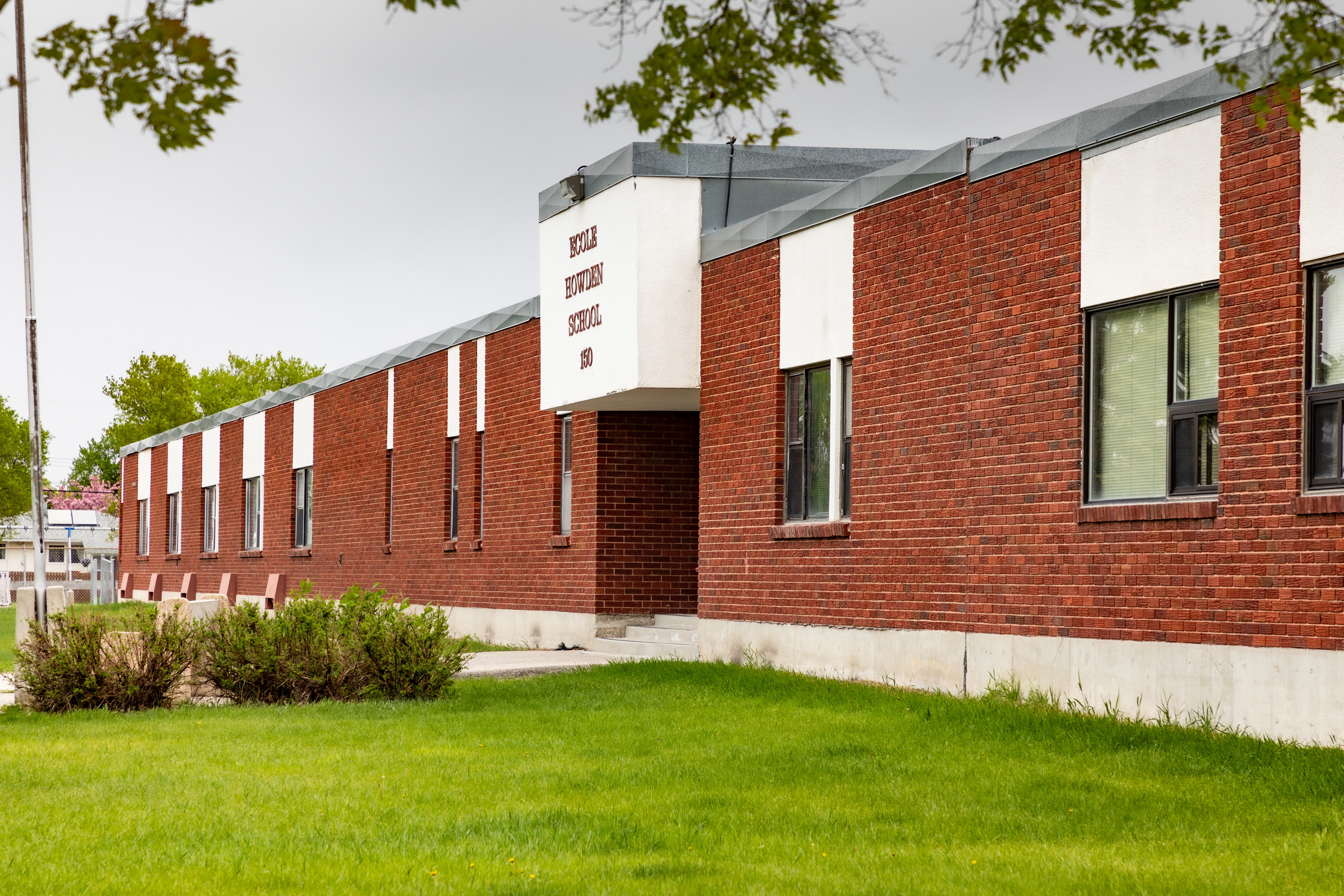 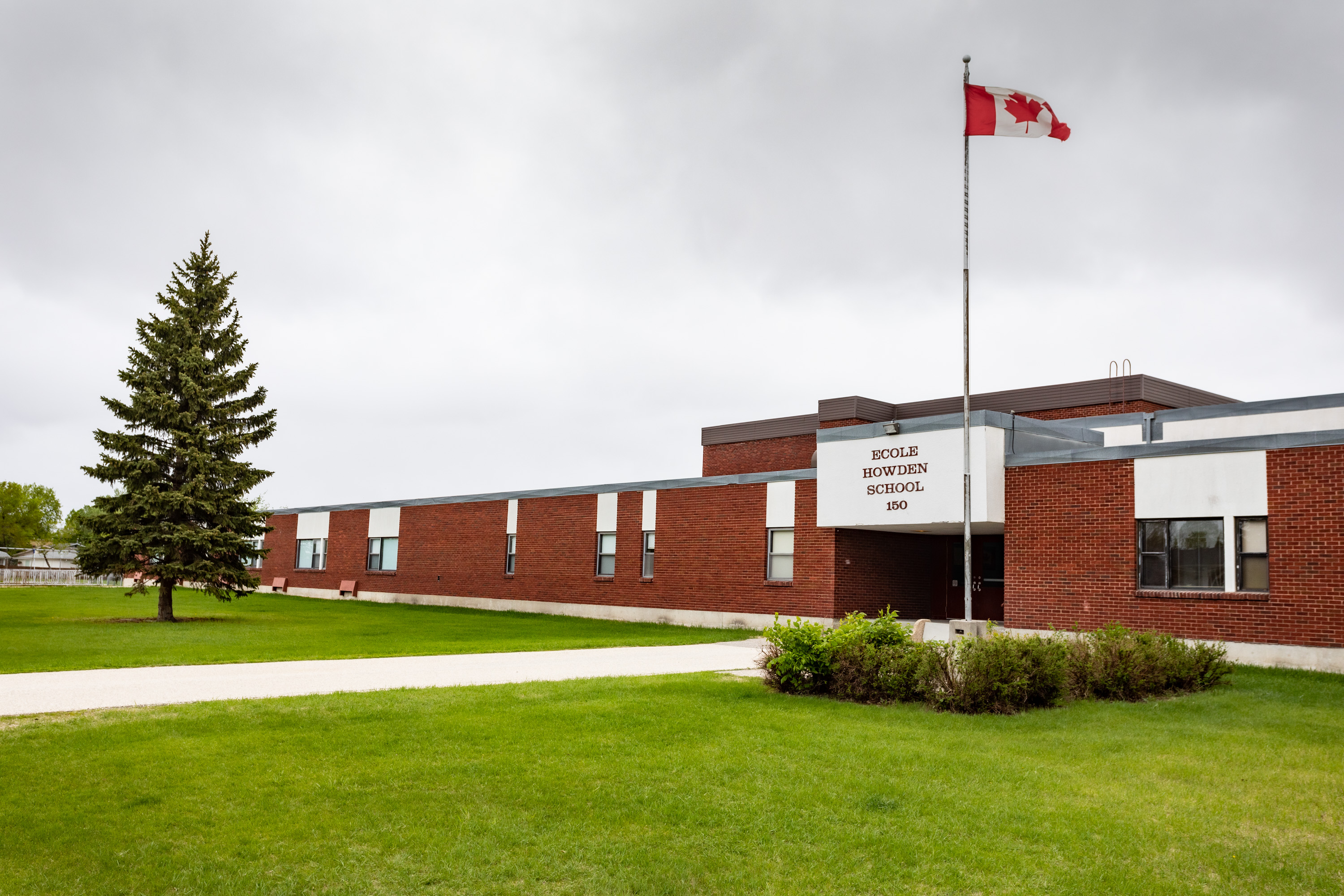 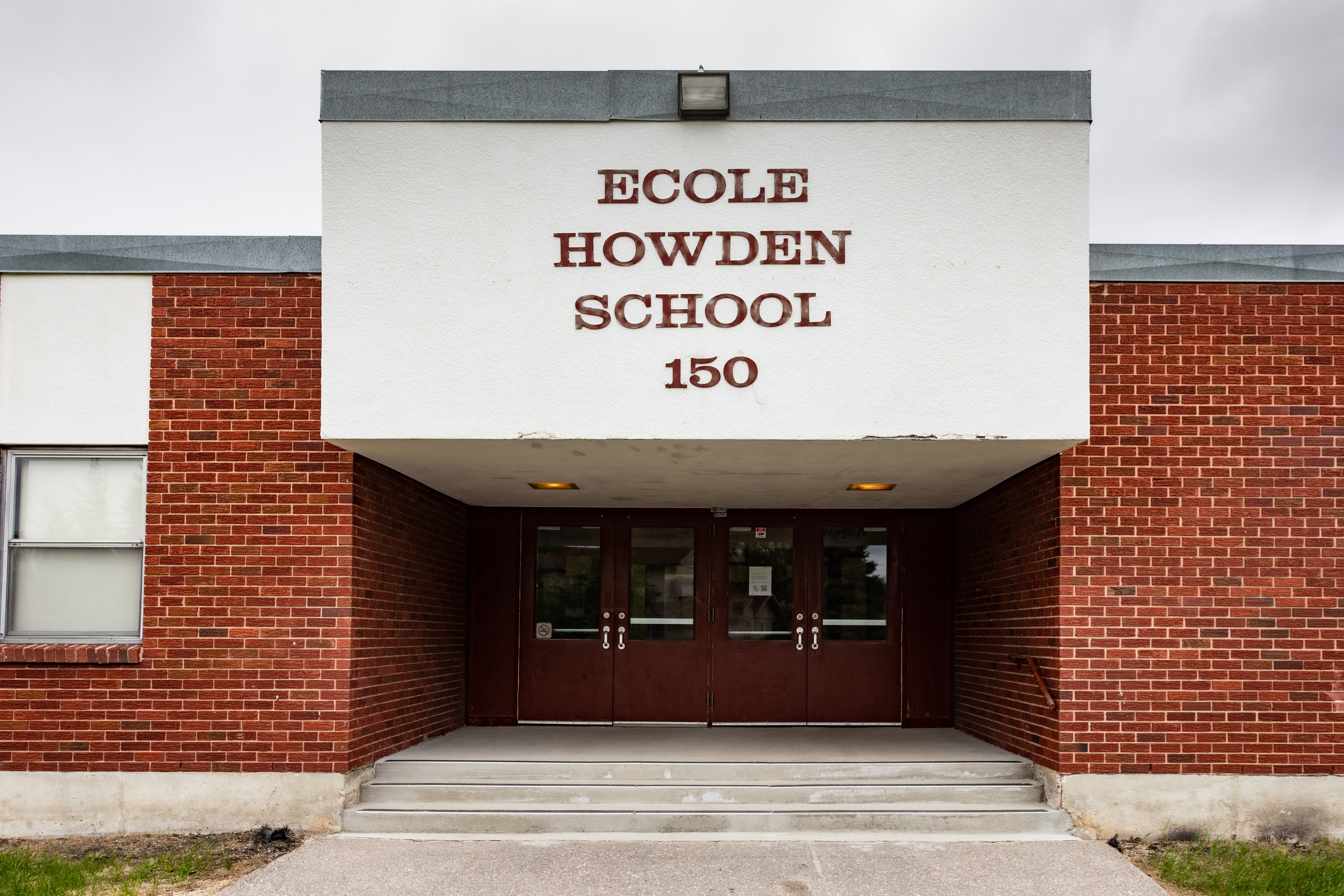 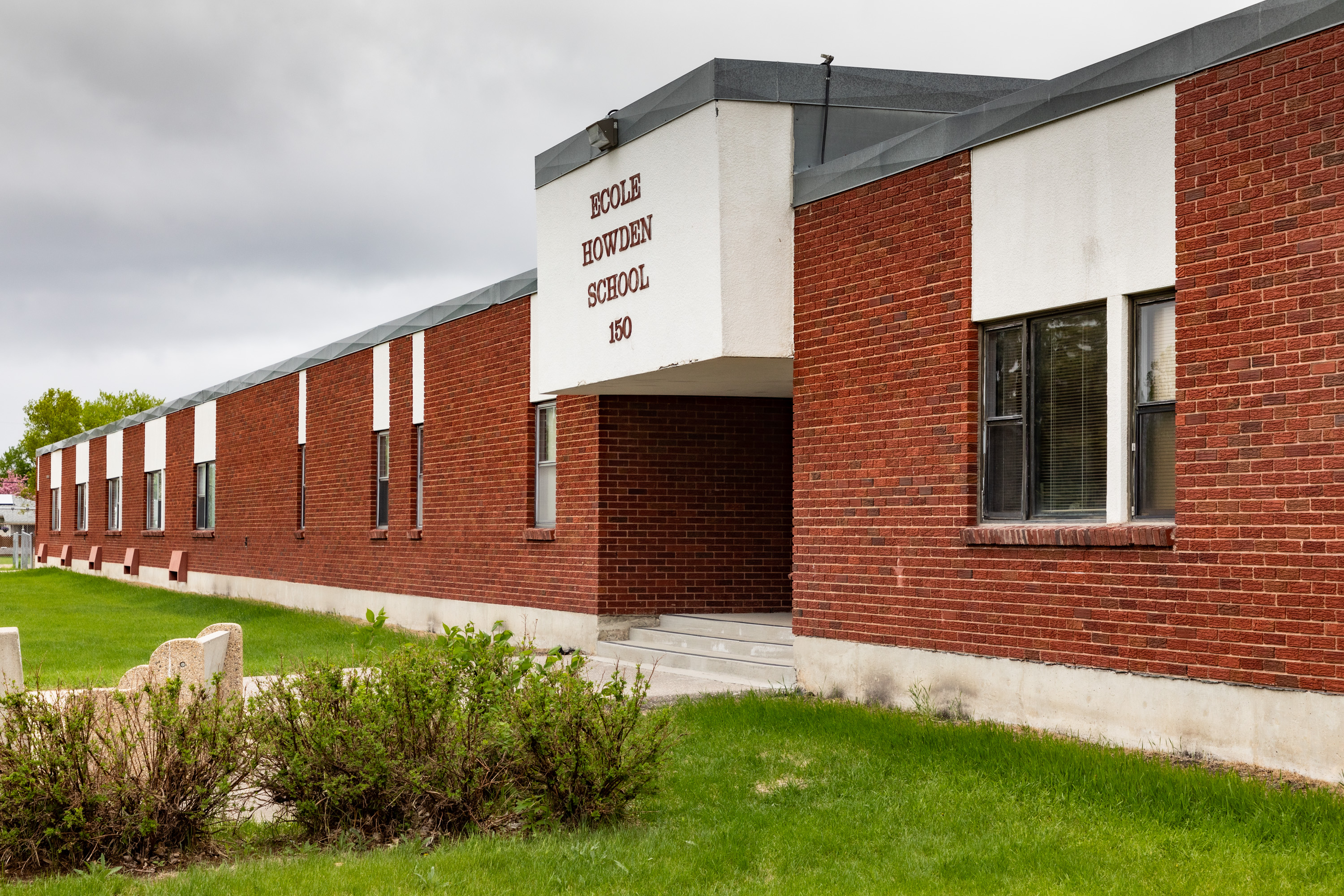 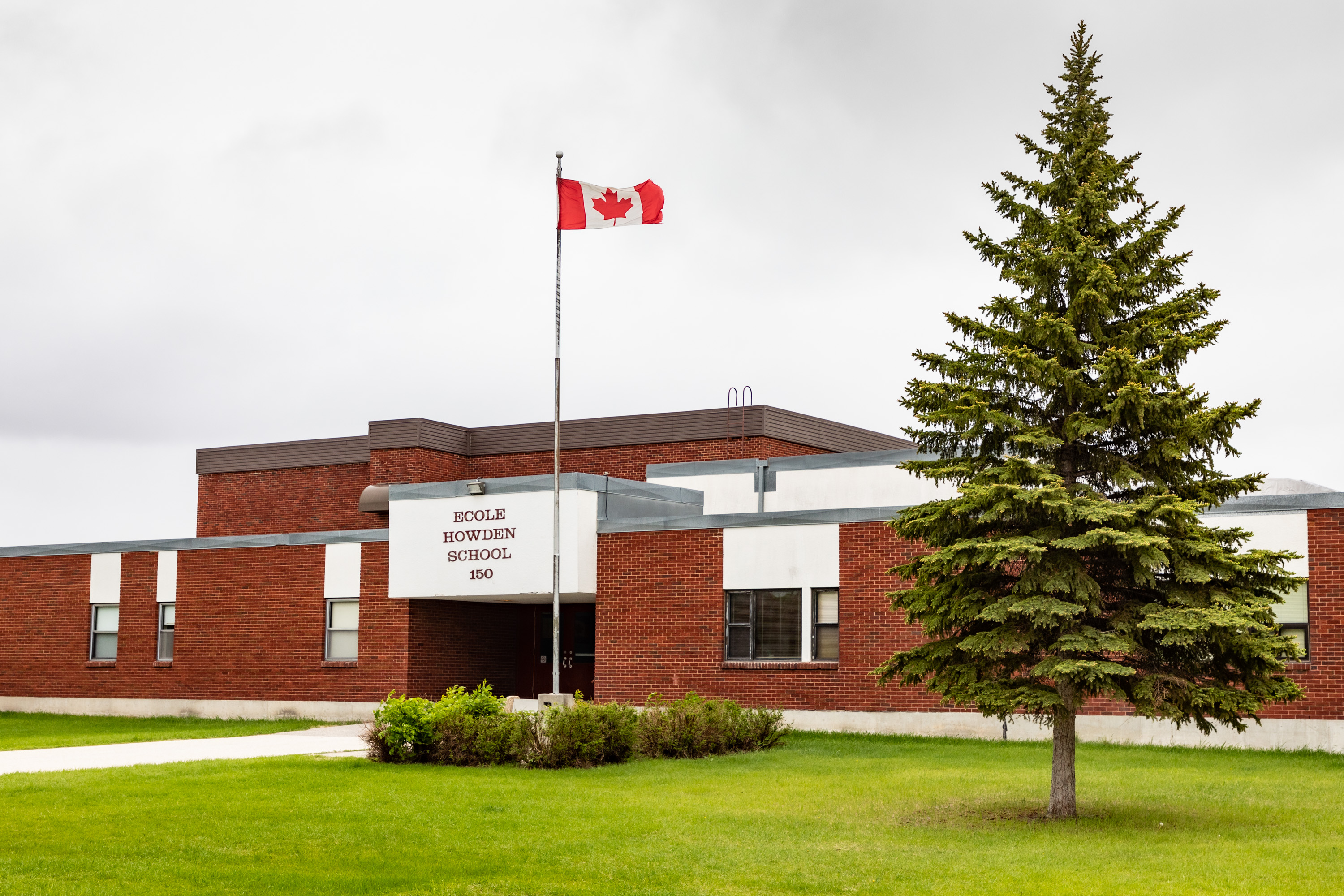 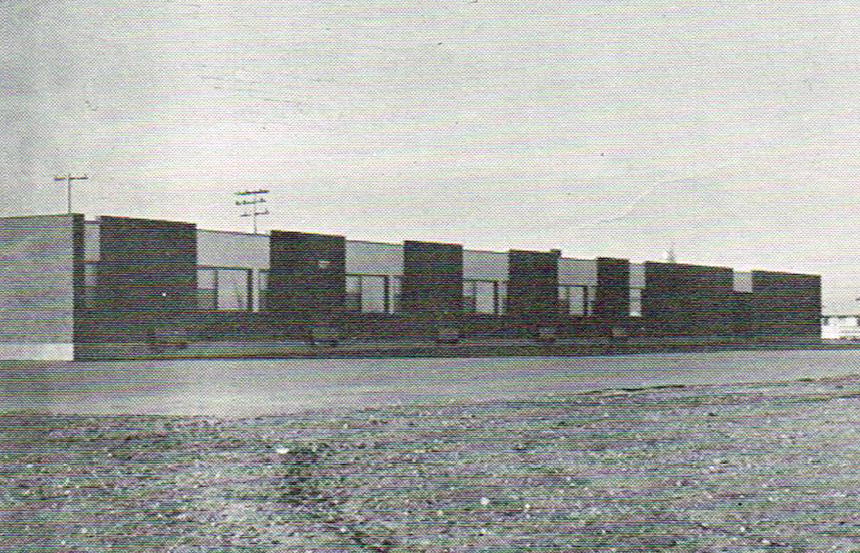 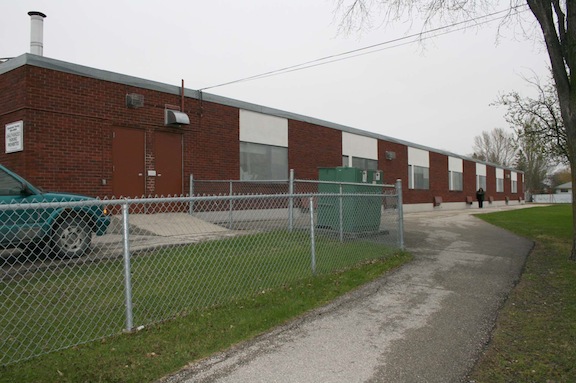 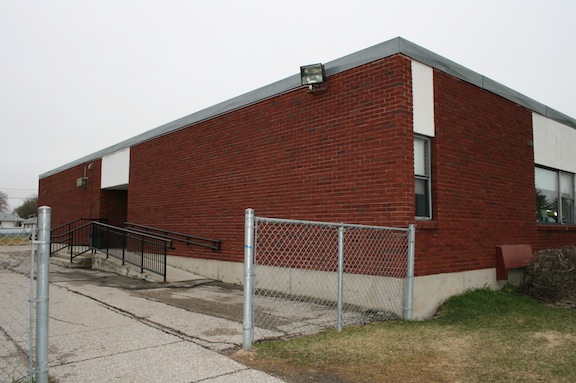 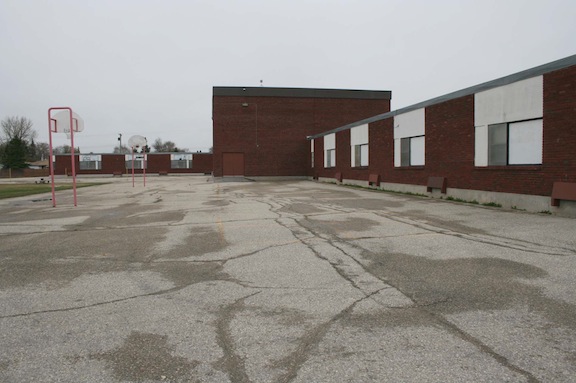 Originally called Harper Elementary School, École Howden was designed by Étienne Gaboury and built by Triple "L" Construction Ltd. in 1965. The original building consisted of twelve classrooms, although registration rates for the school already exceeded the capacity of these classrooms in their first year, necessitating the construction of an addition. In 1967, a large second wing was planned and built for the school.

The building consists of two wings, set at right angles to each other. The long low design meets in a V at the centre, each wing a flat-roofed single storey with the exception of a larger gym behind the north section and main entrance. The layout of the school is clearly expressed in the rhythmical wall treatment. The original wing consists of brown brick walls interrupted by windows with white siding above, filling in the windows and creating the impression of a white building with a brick building built overtop.

Though originally an English school, École Howden became a French immersion school in 1979 and offers schooling for Kindergarten to Grade 6 students. The school is named after former senator of Canada, the Honourable J.P. Howden, MD.