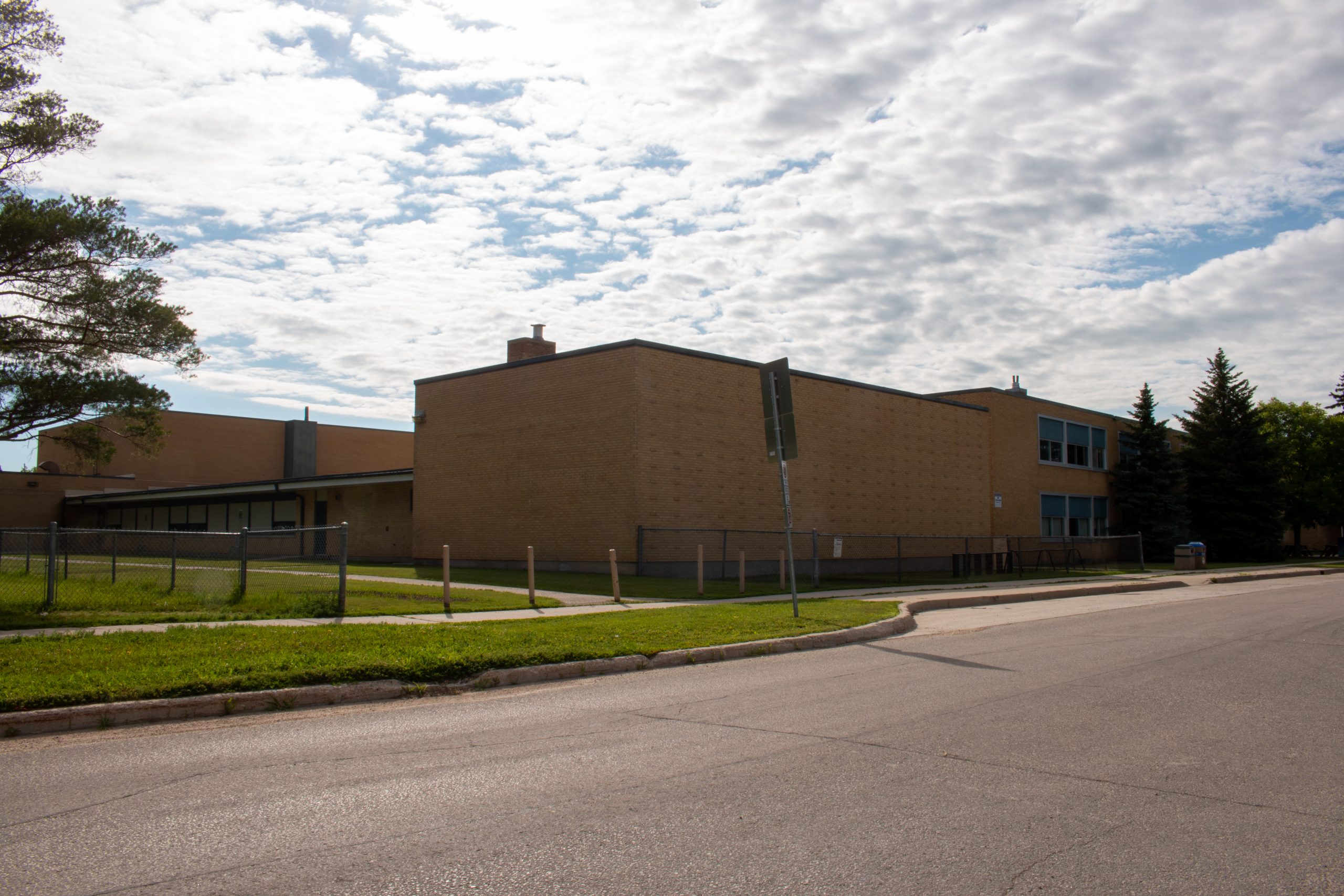 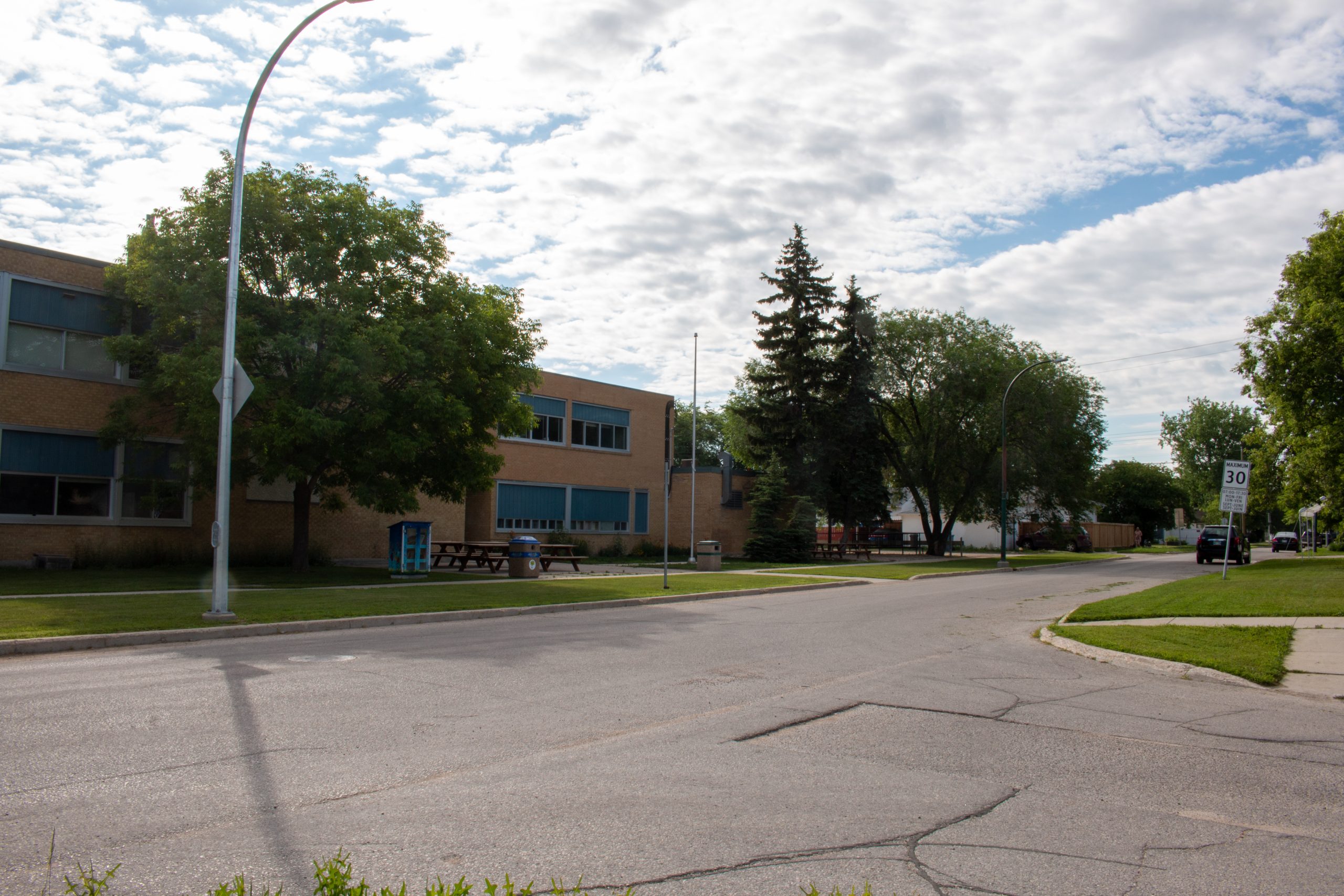 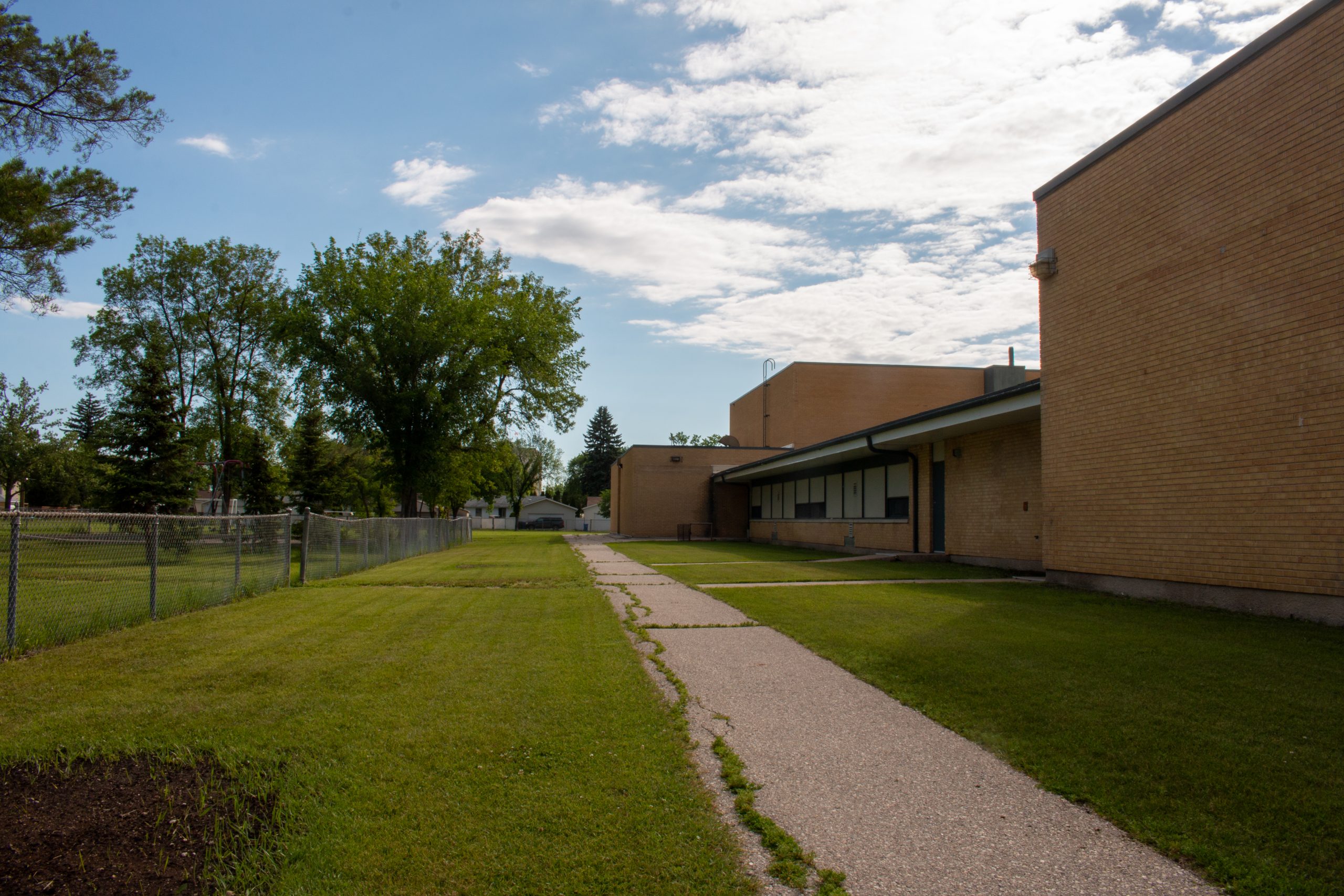 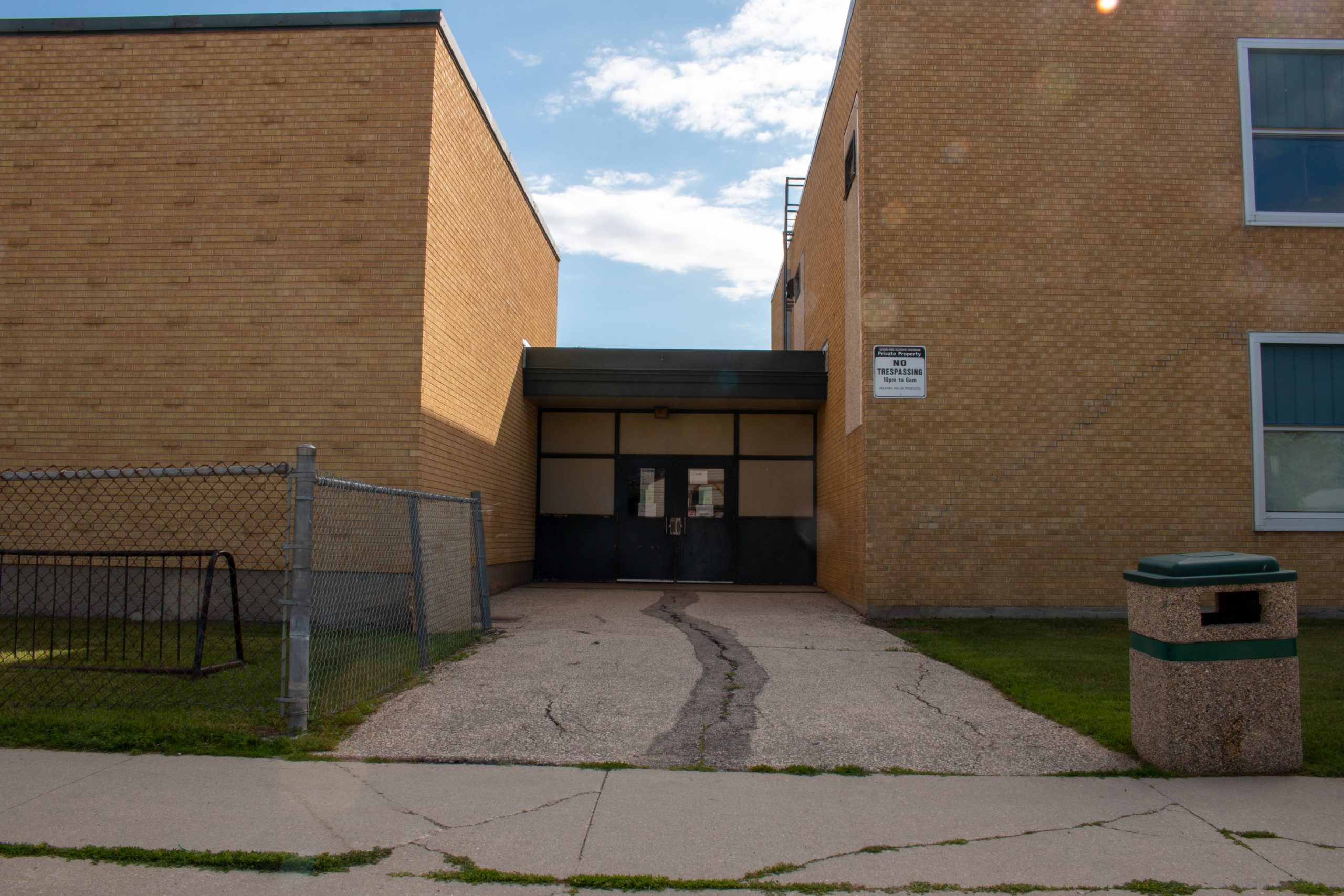 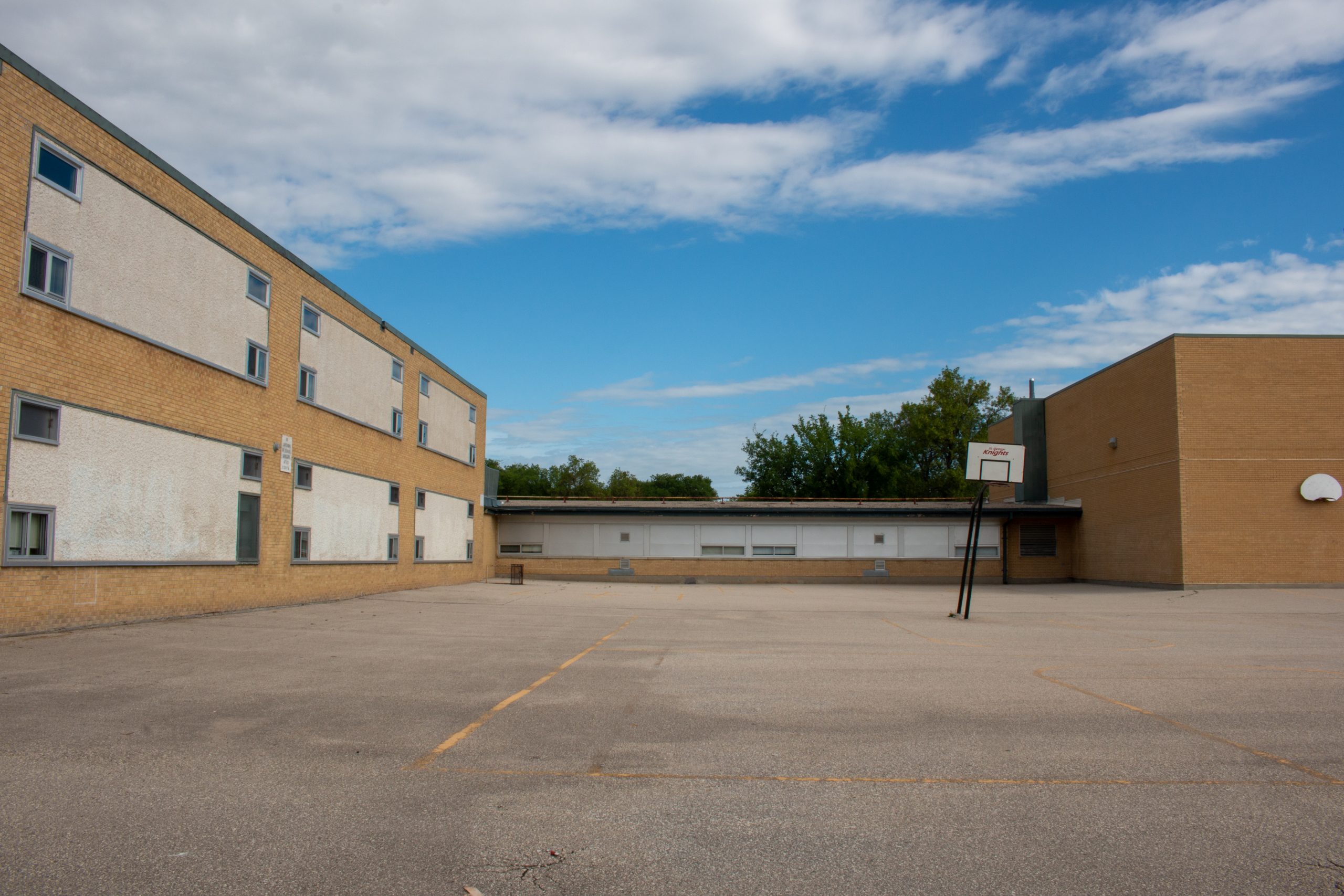 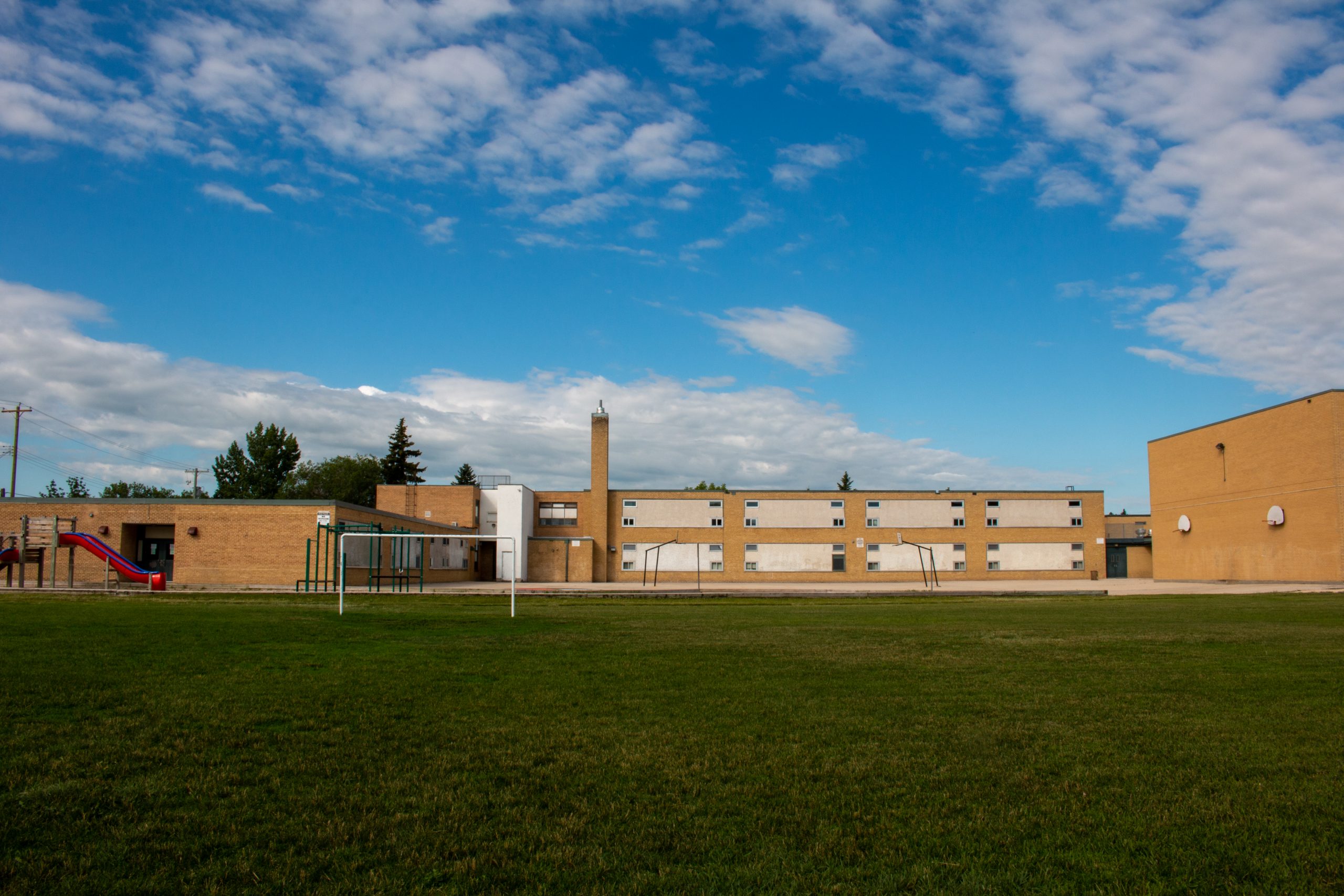 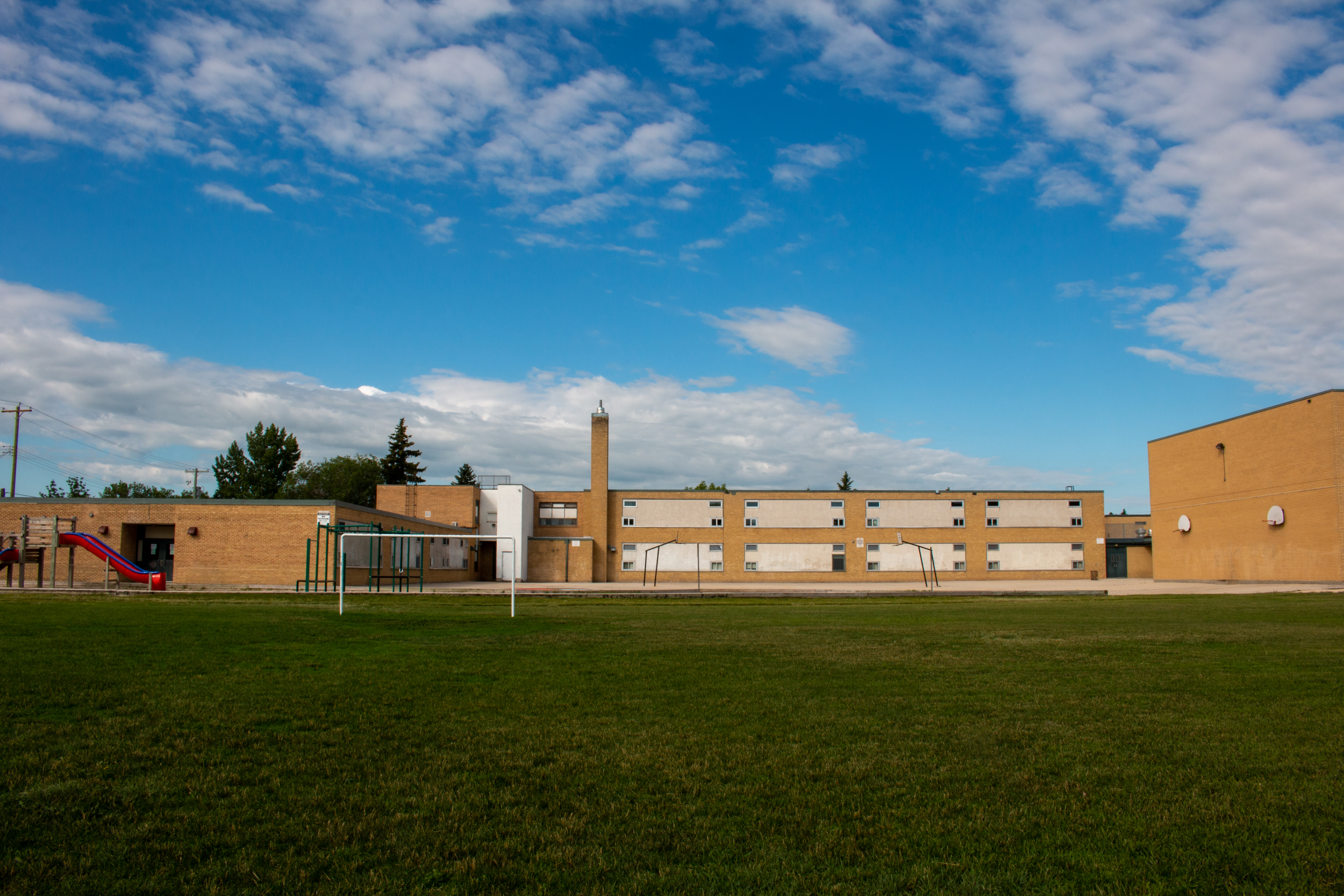 St. George School was built and designed by Smith Carter Katelnikoff in 1955 to alleviate overcrowding at the nearby Norberry and Fernwood Schools. The original school was erected in two right-angle sections, with additions unraveling beyond these sections in a couple of directions, dimensions, and styles. Additions were made soon after the original construction was final; first in 1957 with the erection of four new classrooms and a four classroom-sized Assembly hall, followed by the construction of more new classrooms in 1961 as designed by John Chivers, and renovations based on designs by Étienne Gaboury in 1966. The school is faced in a medium brown brick with its main entrance is on the west facade, off-centred between two older front sections. The original large window openings remain, but most of the glass block that filled the upper portion has been replaced with blue metal panels. The original window shape, however, exists still on the school's north facade. This north wing opens onto a landscaped and fenced yard. Another larger yard on the east side of the building is shared with City of Winnipeg recreation programs.

St. George School offers schooling to students in Kindergarten to Grade 8. Beyond this, the school offers specialized programming including English as a Second Language (ESL) Education.