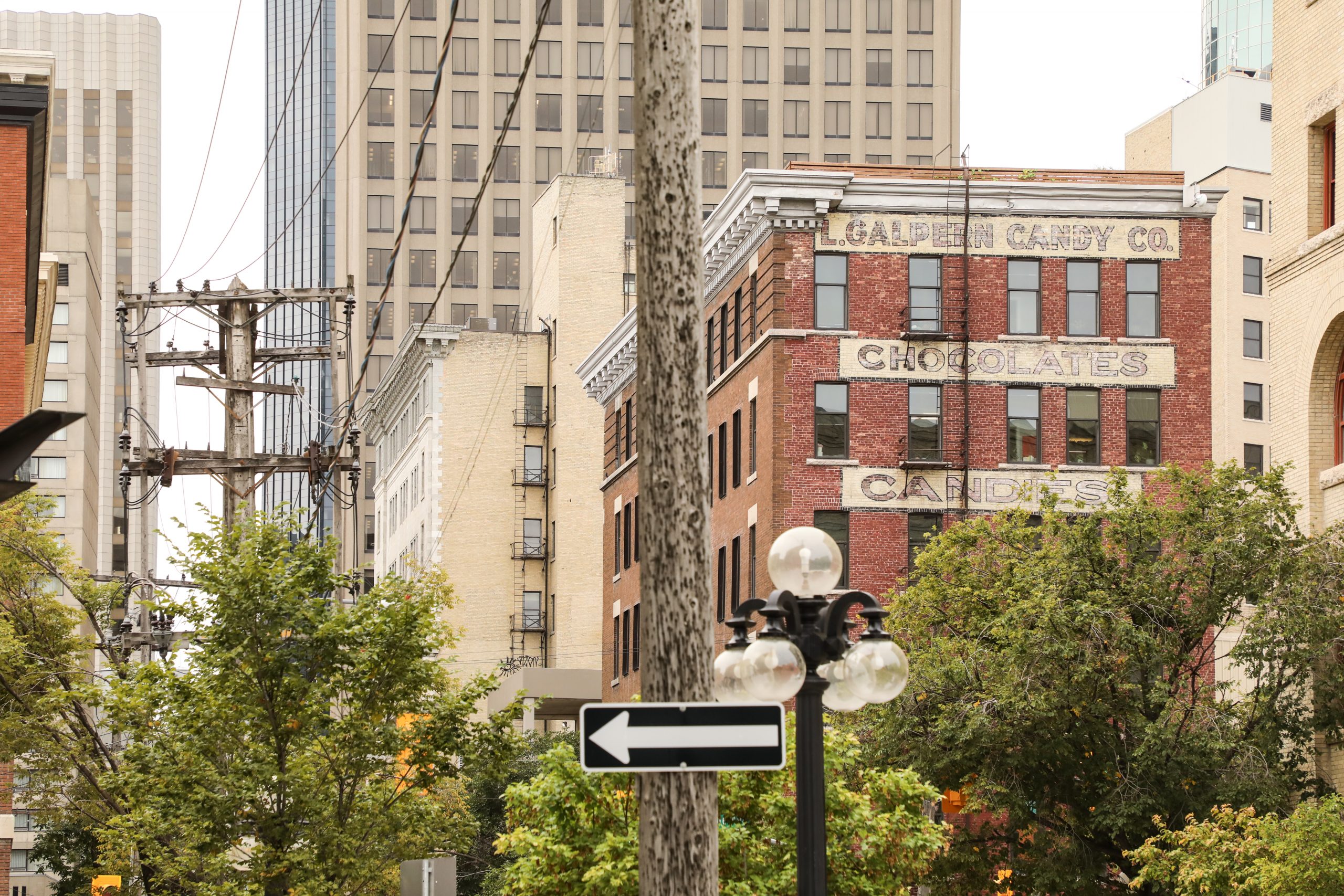 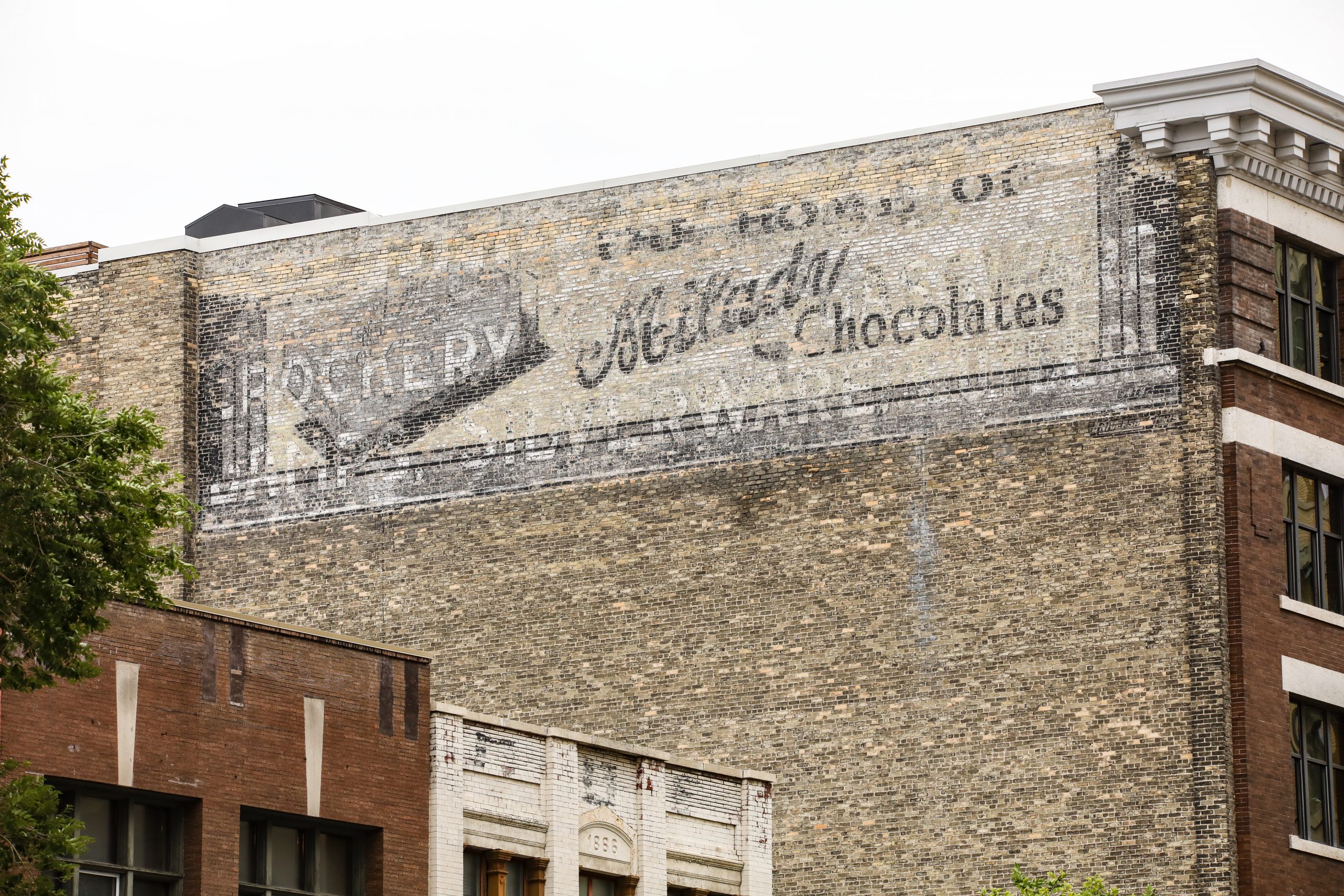 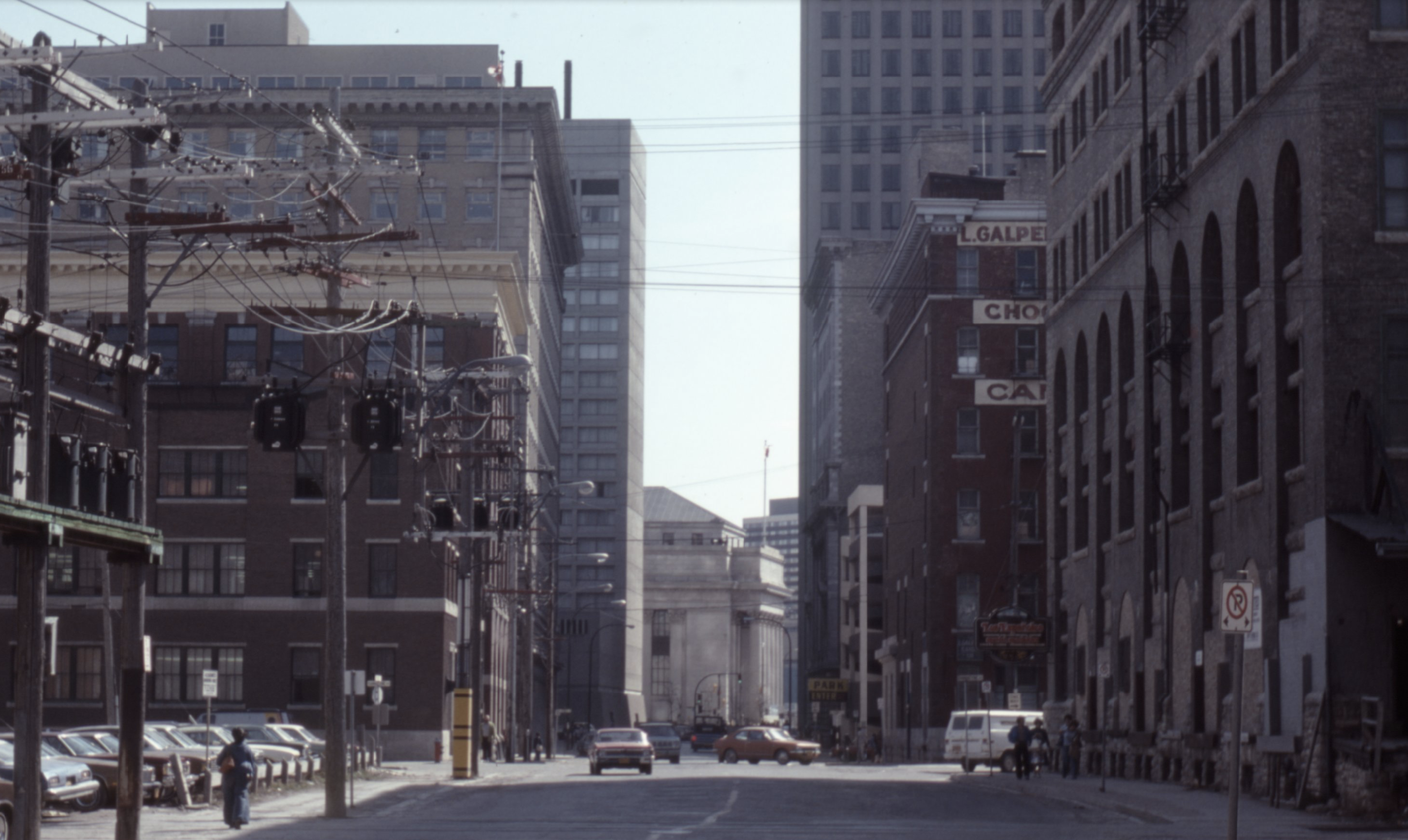 James Porter started Porter and Company in 1902 as a wholesale crockery and china firm, selling repackaged goods to retailers across Western Canada. In 1906, he built 165 McDermot Avenue to support his growing business and operated out of the location until the company ceased operations in 1943. The sign on the west side of the building, ghosting through the Milady chocolates sign, is a listing of the products the company sold.

In 1943, The Galpern Candy Company moved into the building. Founded in 1907 by Louis Galpern, the company is best known for their Fine Candy brand and as a manufacturers’ agent for Milady Chocolates. The third oldest candy manufacturer in Winnipeg, their confectionery caught on and the family company grew into a large operation, moving from their Jarvis Street operation to the Porter building. The business ceased operations 30 years later in 1973.

Porter and Company sold a variety of products through their business, which are listed on the west side of the building, including the words Crockery, China, Glassware, Lamps, Silverware and Cutlery. See how many you can spot in the fading ad on the west wall. On the rear of the building (north side), is the Galpern Candy Company sign, which was retained when the building was converted to a residential building in 2018.