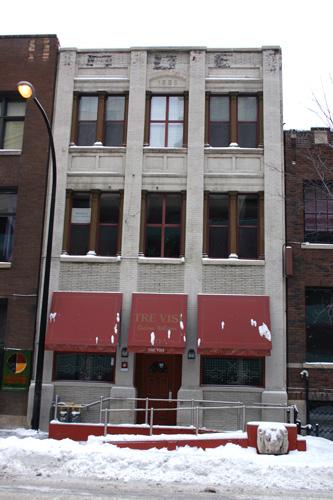 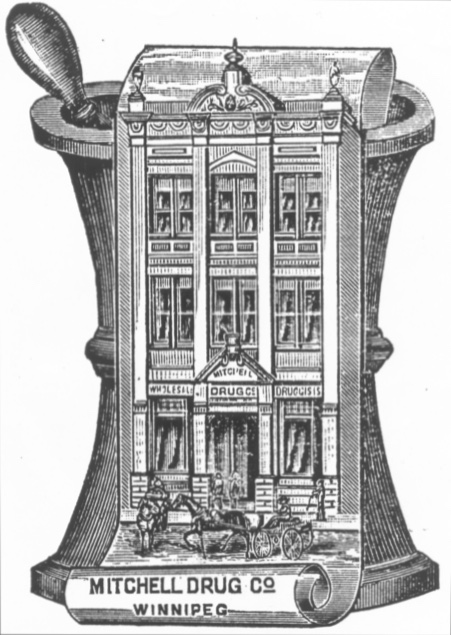 The Mitchell Block, a three-storey brick and stone structure erected in 1886-87, stands mid-block within a group of early warehouses and commercial buildings in the eastern portion of Winnipeg's Exchange District, a national historic site. The Mitchell Block is one of the oldest warehouses in the district.

It is part of a continuous row of brick buildings that includes two others from the 1880s. The structures represent the fledgling and mature phases of Winnipeg's development as a regional distribution centre. The Mitchell Block was designed by Arthur T. Timewell. Its modest scale and detailing contrast with the much larger warehouses that were built in the early 1900s when the wholesale sector grew in step with rapid settlement on the Prairies. While the the Mitchell Block has been converted to office, restaurant and residential uses, it retains a number of its classical features and original generous fenestration.

Built for $7,000, the Mitchell Block was decorated with an ornate exterior, much of which is now missing. In a symbolic gesture to the function of the building, Timewell placed a stone mortar dish and pestle rising from the center of a broken pediment over the doorway. Stone urns capped the two corner pilasters, creating an eye-catching roofline. The upper floor windows also received special treatment: the mullions are designed like miniature Tuscan columns, faithful in every detail. Unlike the elaborate cornice, the decorative window details have survived. The ground floor and entranceway have been substantially altered. The symmetrical facade has projecting brick pilasters that provide a bay-by-bay division with light coloured stone lintels and sills that provide a horizontal balance.

The ground floor contained the sales office and a display of various products offered by the wholesale firm. The second floor was the laboratory, Mitchell’s wet and dry department, where various tinctures and drug preparations were mixed. On the third floor, assorted bottles and corks were sorted.

Mitchell sold the wholesale portion of his business in 1890, but continued to own the building. The E.W. Gillett Company, an American manufacturing firm, purchased the building in 1910. With a factory in Toronto, Winnipeg became its western wholesale outlet for Royal Yeast Cakes, Magic Baking Soda and Gillett’s Lye.

In the 1930s, 173 McDermot Avenue was known as the Grange Building after its principal occupant, Grange Stationery Wholesalers.