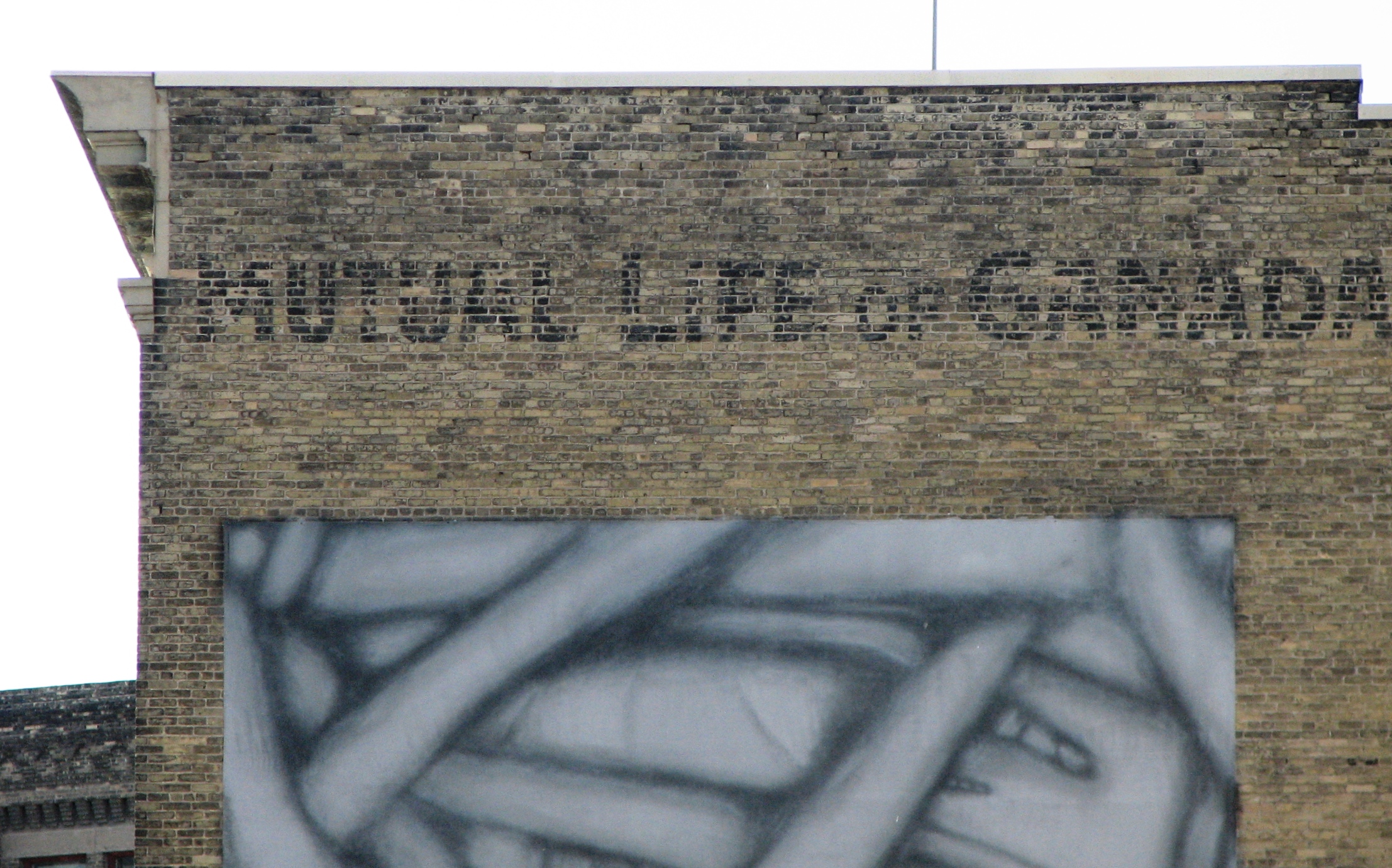 Founded in 1868 in Waterloo, Ontario as the Ontario Mutual Life Assurance Company, the organization rebranded in 1900 as Mutual Life of Canada. In 1901, they opened a small office in Winnipeg, eventually taking over the fourth floor of the Bate Building at 211 McDermot Avenue in 1906. By 1959, Mutual Life of Canada erected their own, two-storey modernist building at 1111 Portage Avenue. The ghost sign is the only reminder of their tenancy.

Mutual Life of Canada did not own the building they occupied and chose not to repaint their ad as it began to wear. Compare this sign with the Confederation Life ad by standing at the corner of McDermot Avenue and Main Street. The Confederation Life ad has been faithfully reproduced with a fresh coat of paint. Do you still consider it as much of a ghost sign?