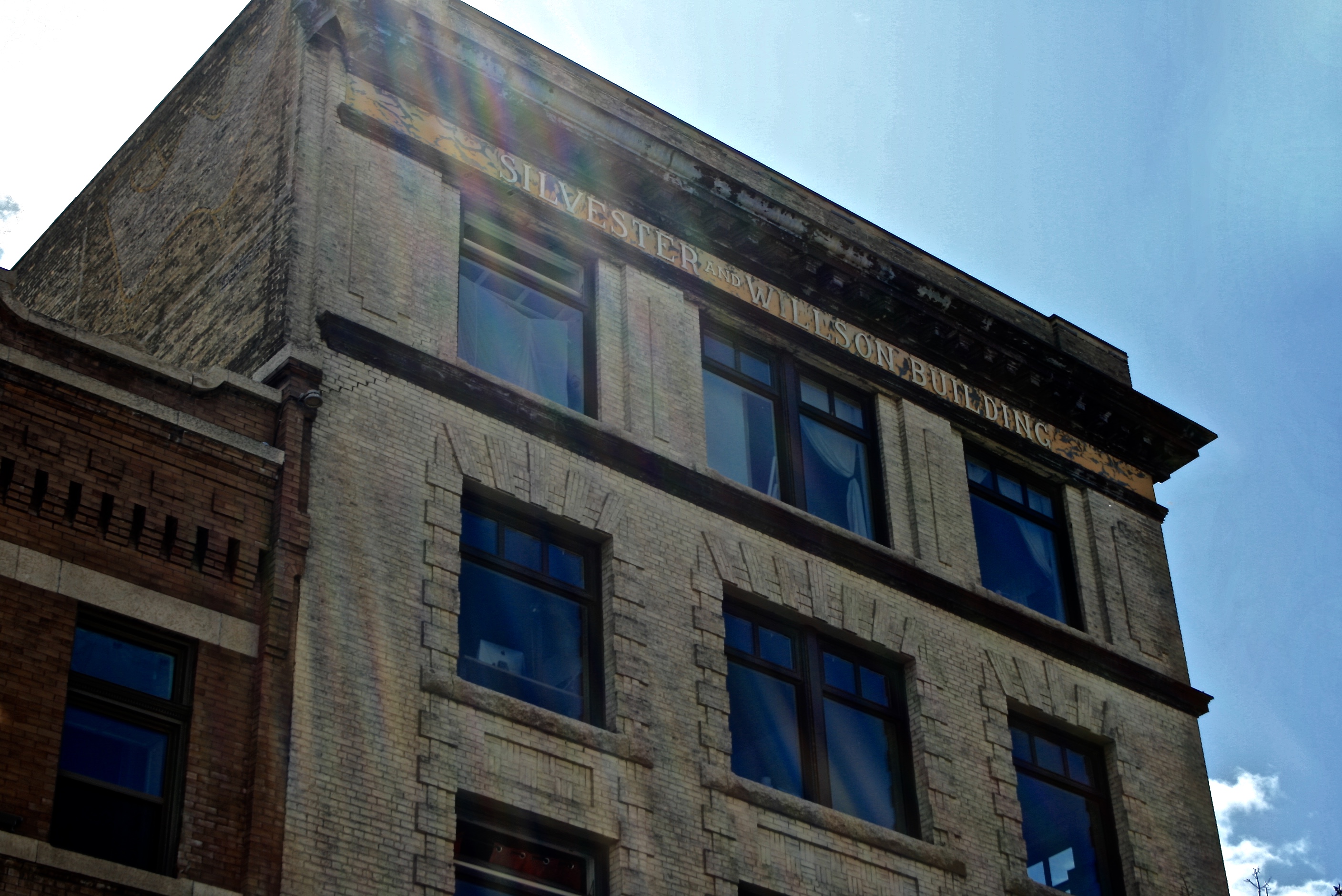 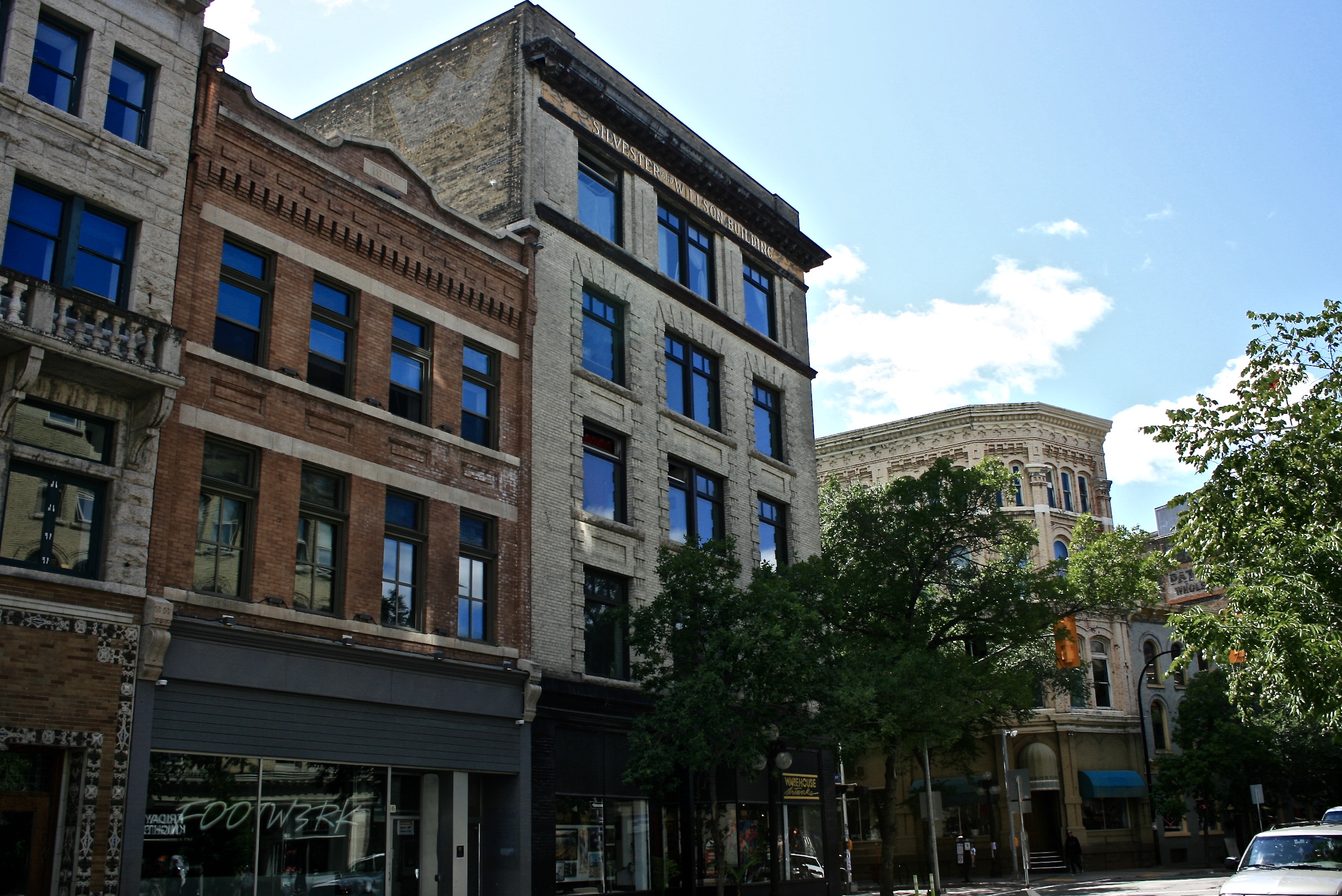 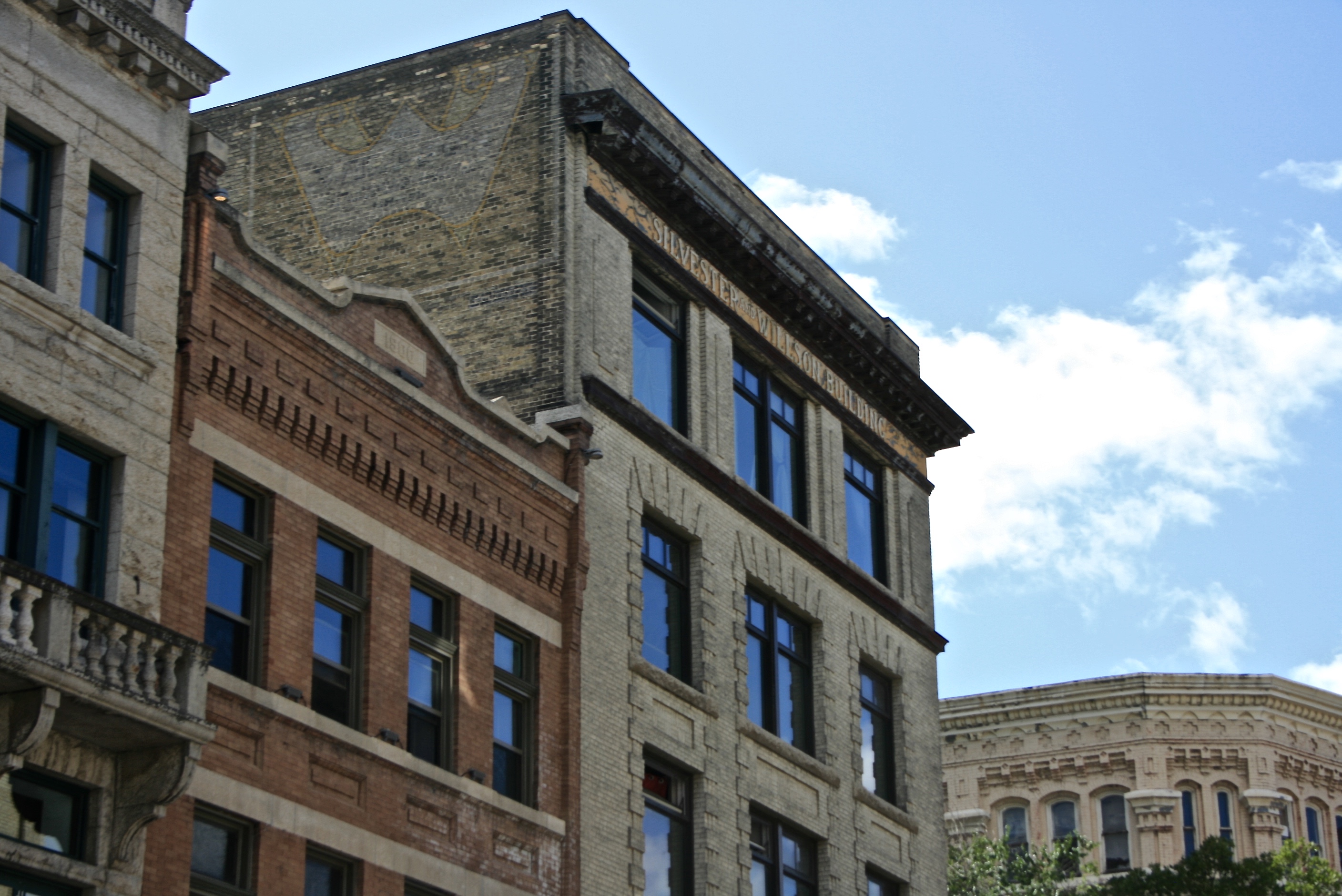 The large block, constructed as a retail/office structure, is unusually detailed, featuring many familiar design details found throughout the warehouse district. Overall, the building is a fine example of the Romanesque Revival style, very popular in warehouse districts throughout North America from the 1880s well into the 20th century. The buildings were nearly always solid brick with a raised basement and featuring rusticated stone accenting around windows and doors and at roof level. Other elements included towers flanking the main façade, quoins, belt courses, corbelled brick panels, chevrons and flat rooflines, with or without cornices and entablatures.

The most obvious feature of the style was the use of the arch above openings. Often, straight- topped windows located on the middle storeys were grouped under large arches on the upper floors.

Although the style was applied to private residences and on large public buildings,in Winnipeg it was almost exclusively used in the warehouse district, where the designs were somewhat more subdued. The massiveness and sturdiness of the style appealed to wholesalers looking to promote their businesses and portray the stability of their firms through the design of the structures they occupied.

Willson Stationery was founded by H. Willson after purchasing the Ford Stationery Company in 1900 and rebranding it. The company specialized in office supplies, including furniture, loose-leaf ledgers, blank books and typewriters. Willson partnered with G. Silvester, a hardware and lumber merchant, and built the Silvester-Willson Building at 222 McDermot in 1904. Willson Stationery went on to occupy three floors of the building and expanded to multiple cities before shutting its doors in the 1960s. The logo from the company may still be seen high up on the east wall. This is known as a ghost sign, usually and in this case indicating a previous tenant of the building.