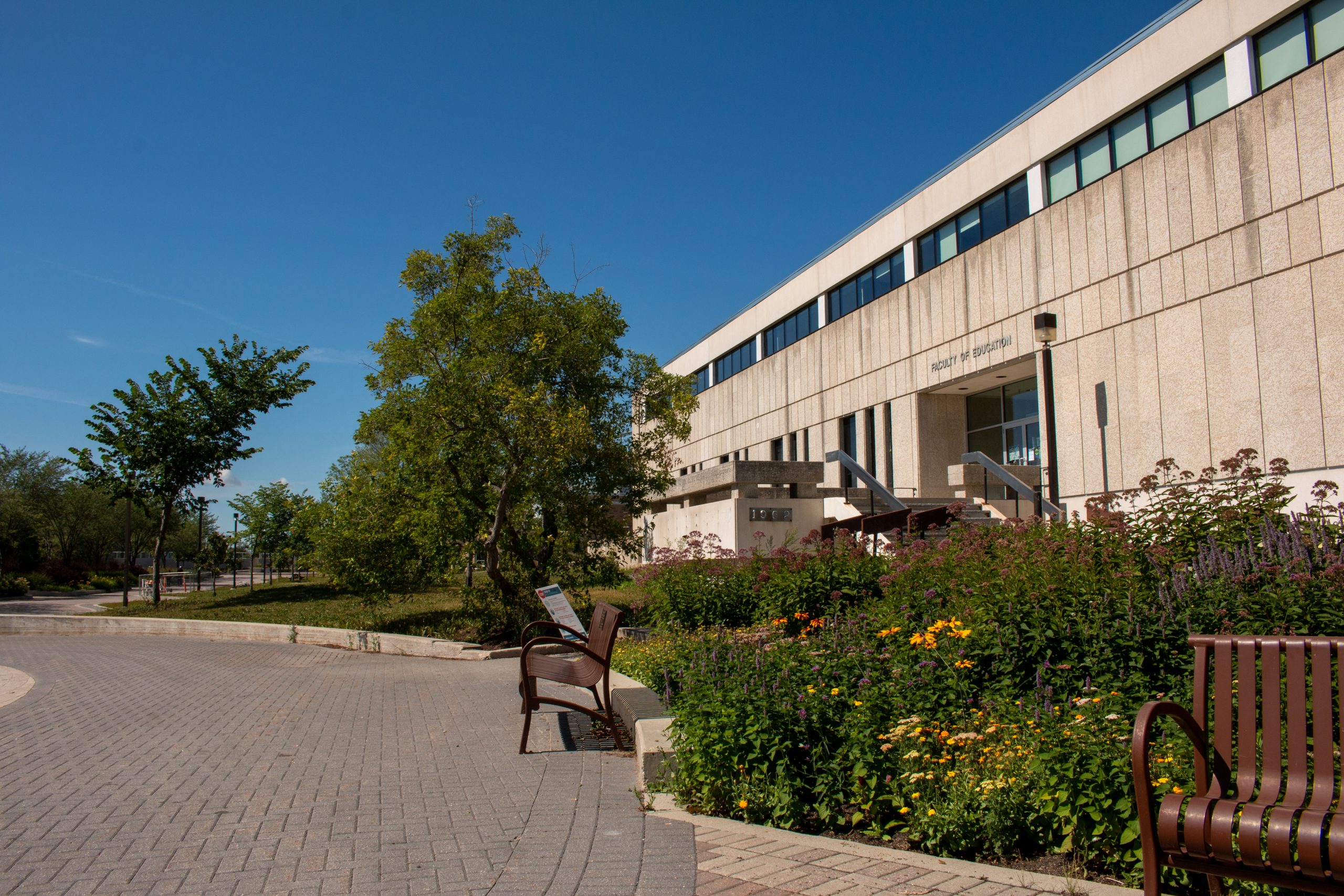 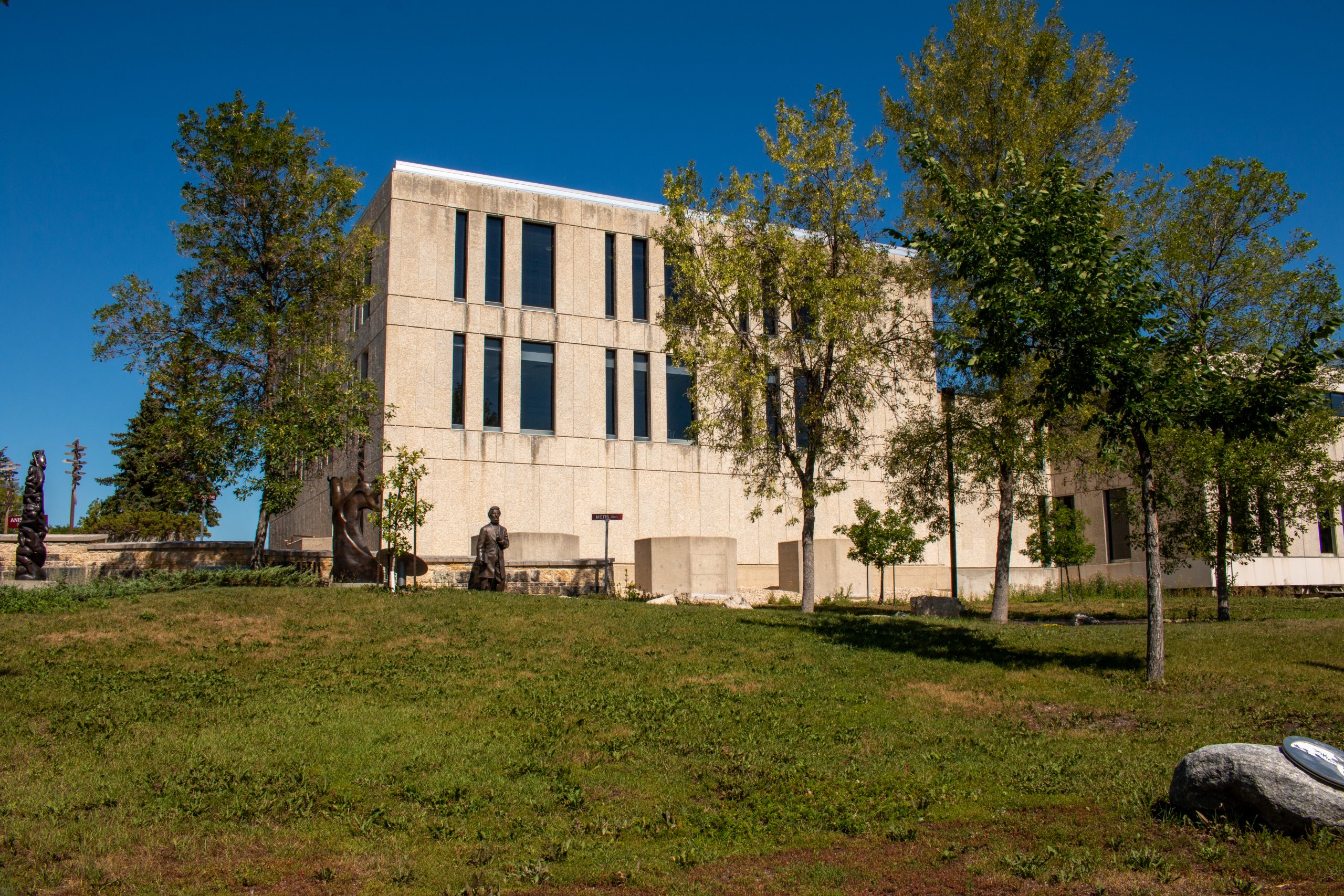 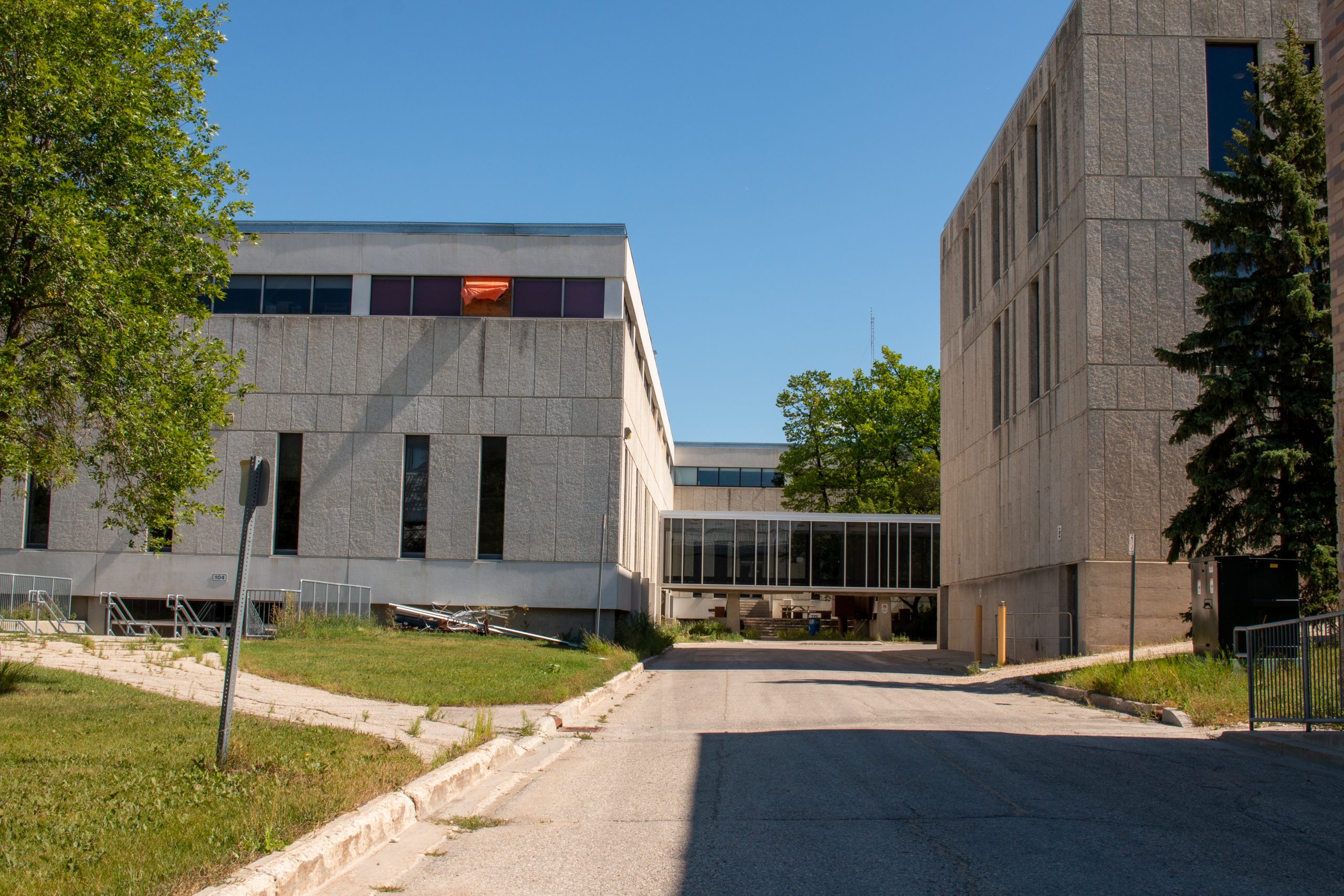 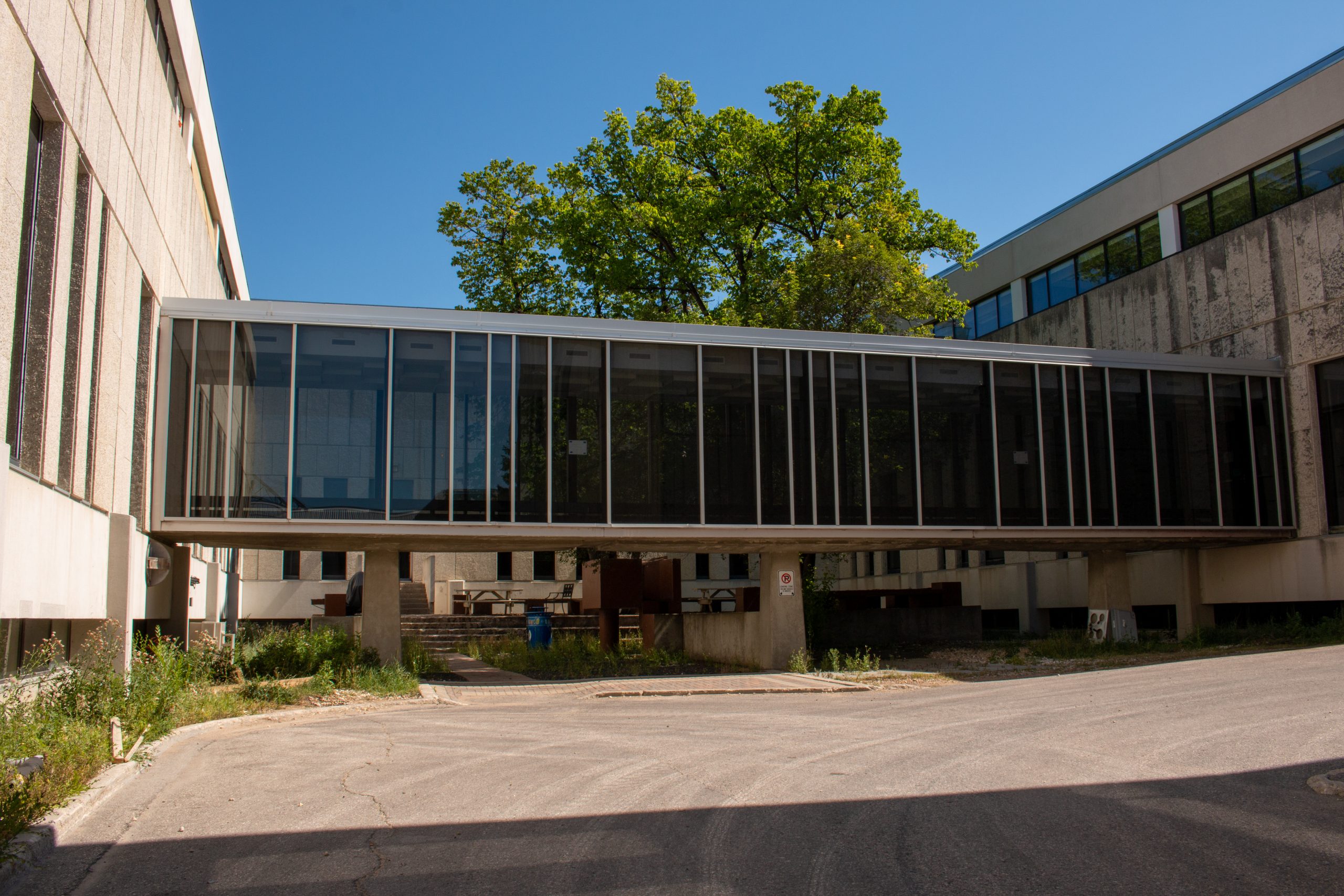 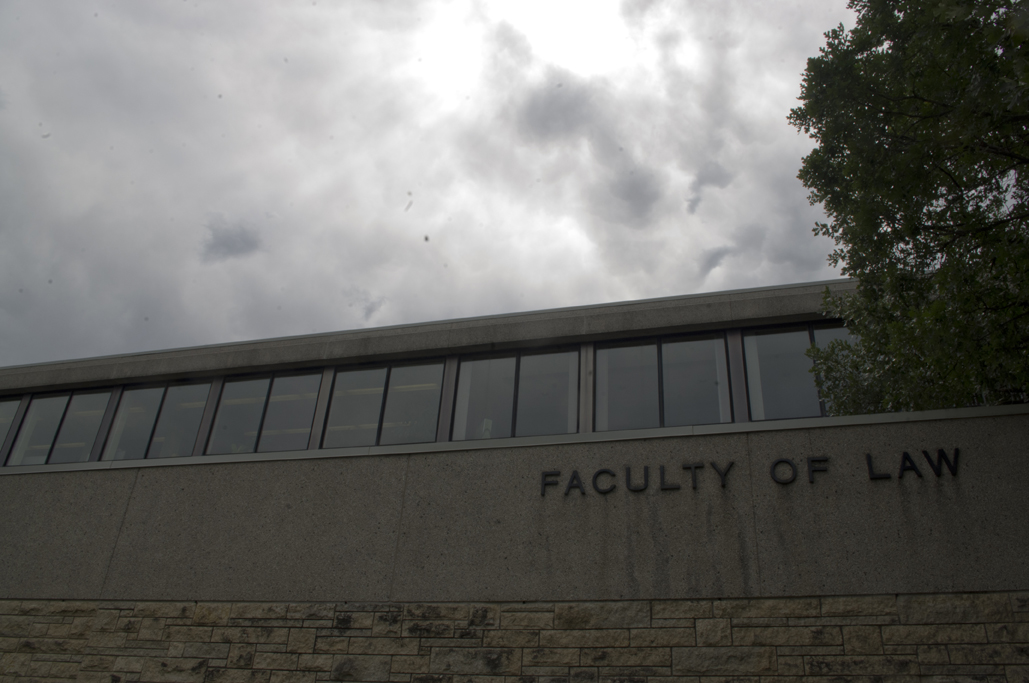 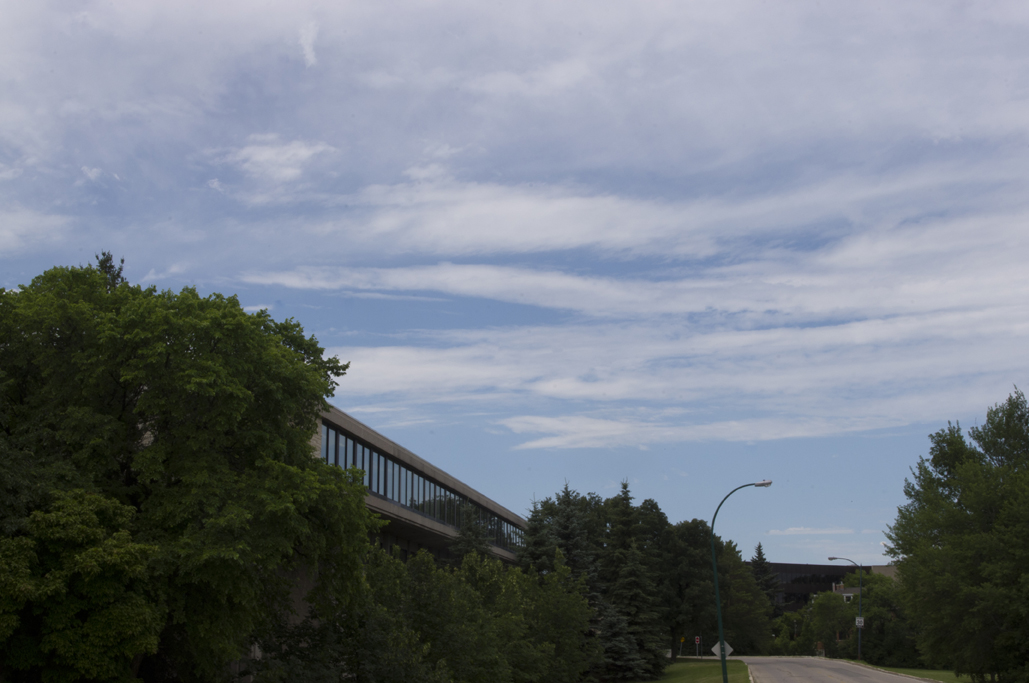 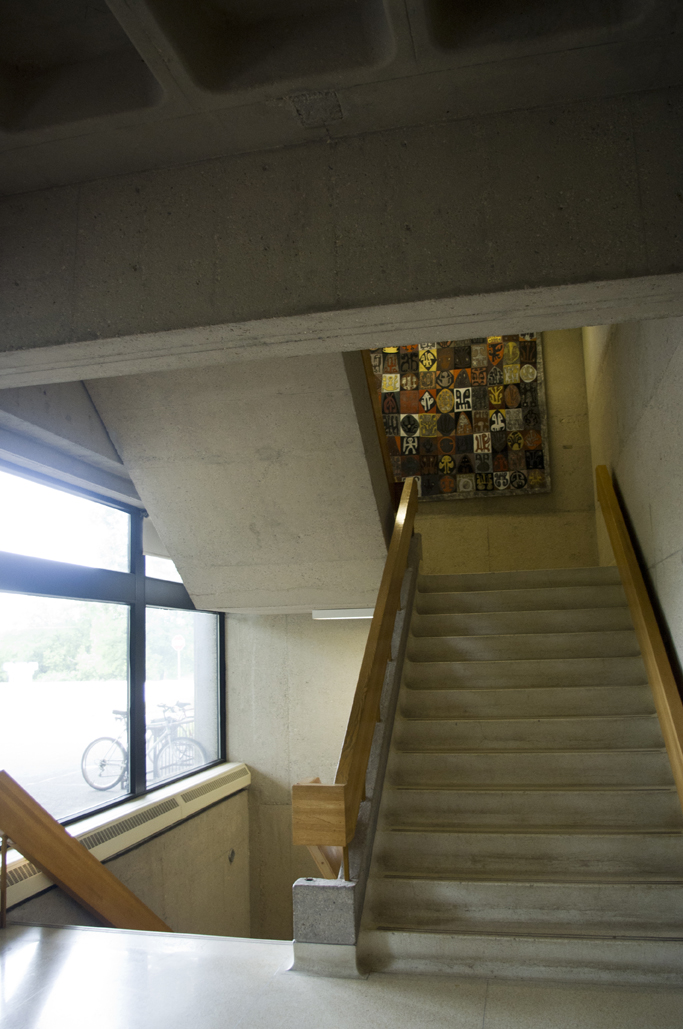 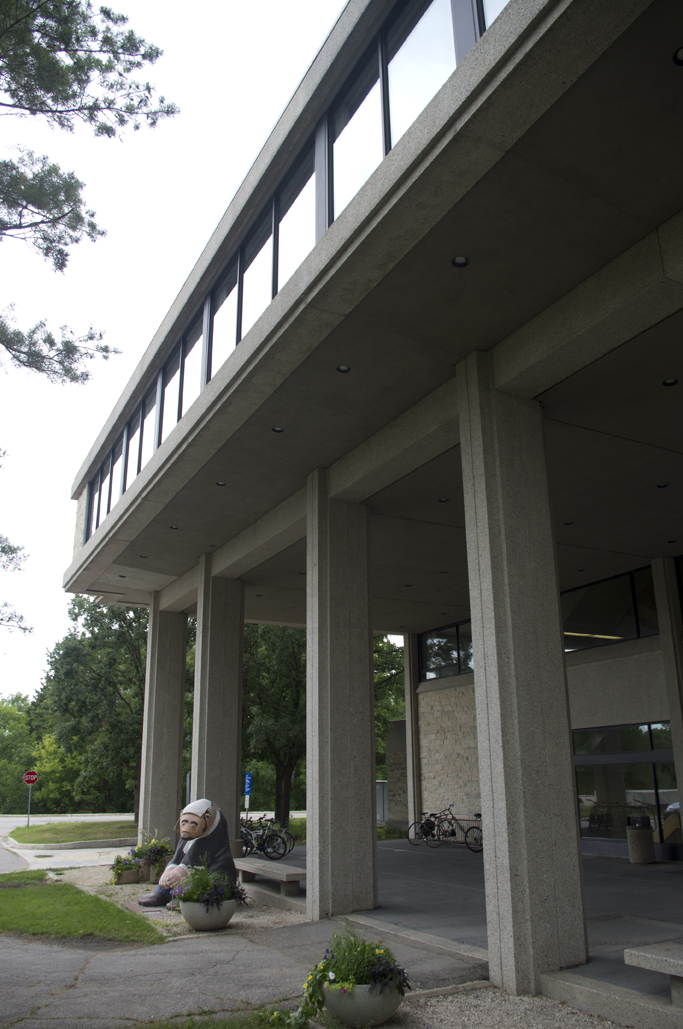 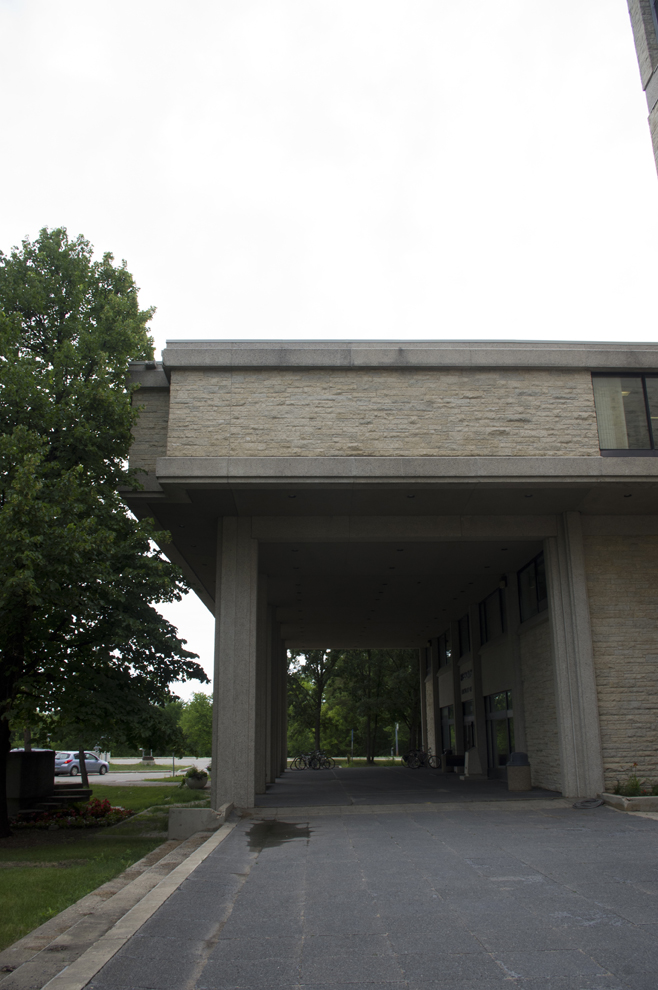 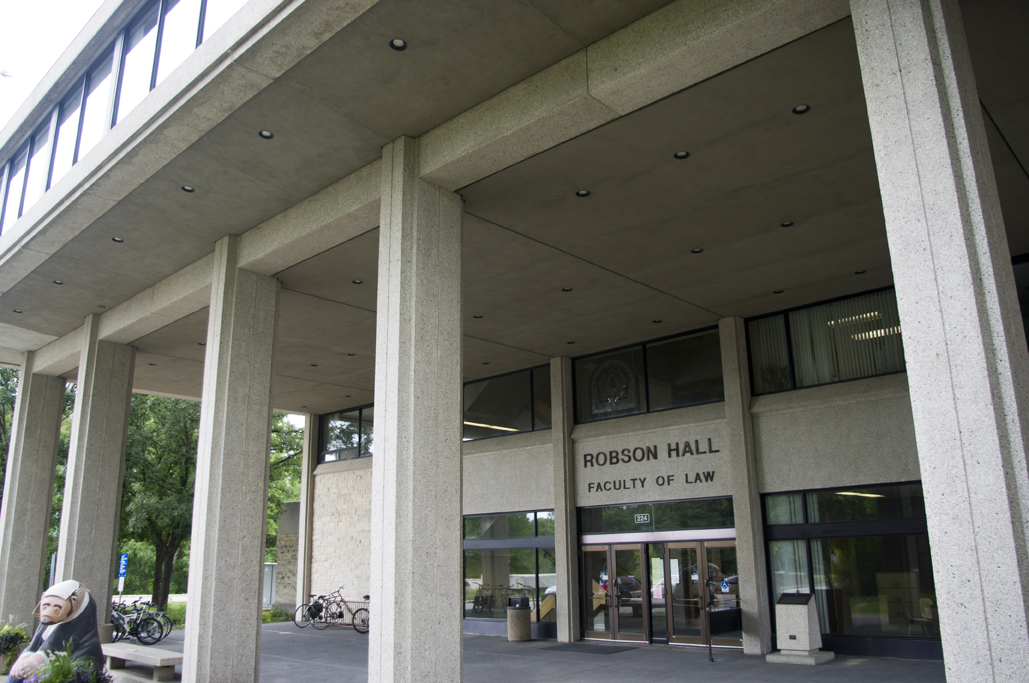 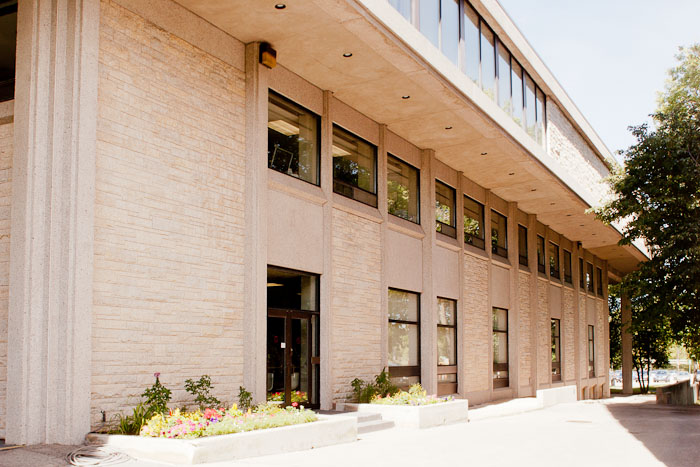 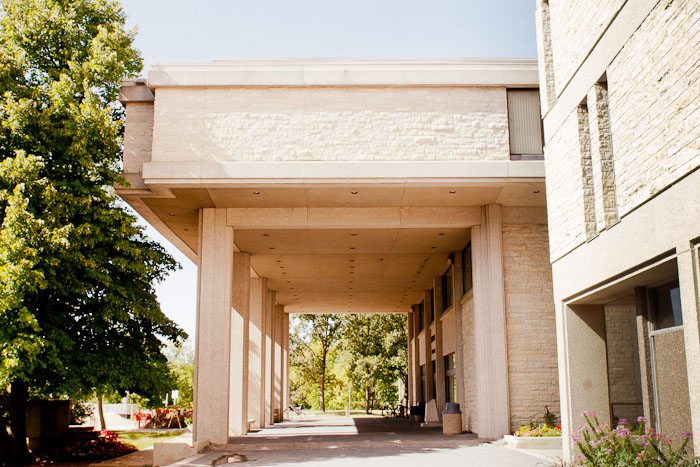 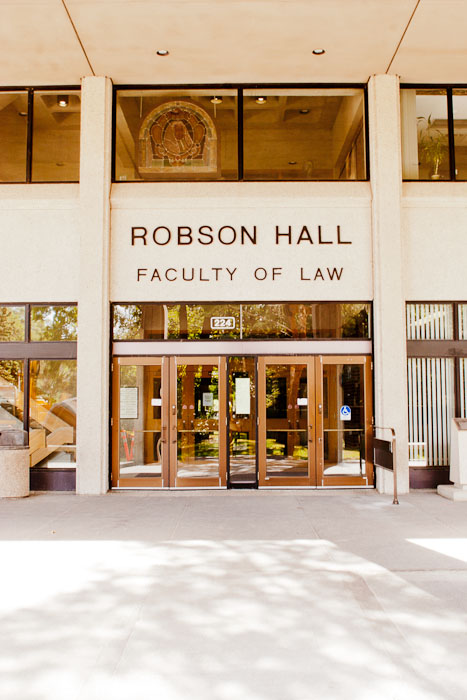 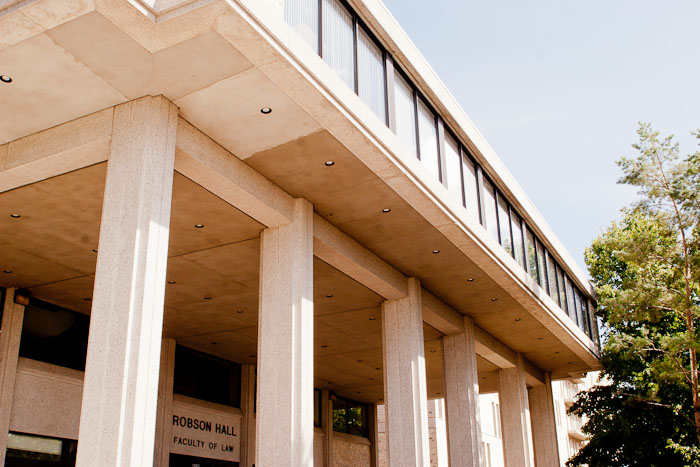 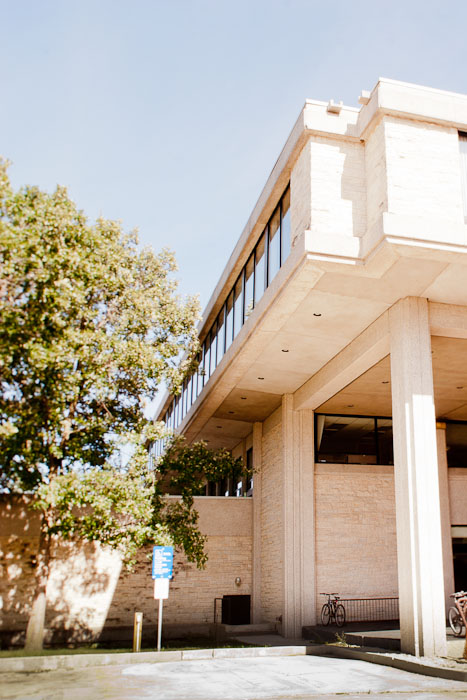 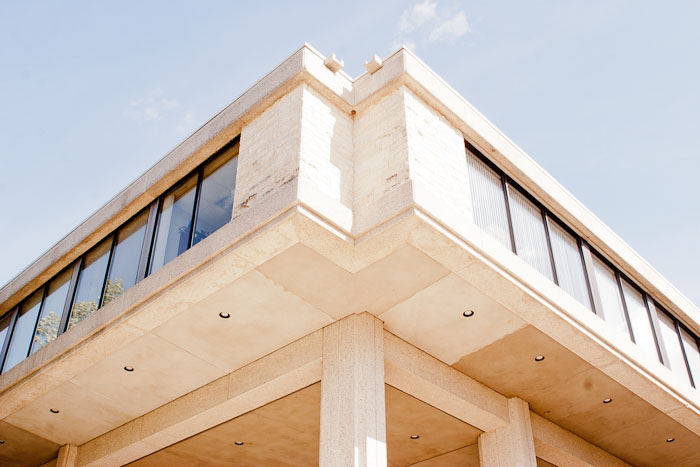 This distinctive building, constructed as a home to the University of Manitoba’s Faculty of Law, is a noteworthy example of the use of Brutalism within an educational context. In 1970 the Faculty of Law finally vacated the Law Courts building on Broadway and joined the University's Fort Garry campus, occupying its new quarters in Robson Hall, designed by Ward Macdonald and Partners.

Like the University of Manitoba Student Union Building and the Manitoba Teacher’s Society Headquarters Building, a distinctive Brutalist aspect of Robson Hall is its uncommon, top-heavy silhouette. This form, in which the third floor looms outward above the floors below it, approaches the shape known as the “inverted ziggurat” and lends the building a certain sense of gravity, both literally and figuratively. Although inarguably contemporary, the structure still makes reference to a neoclassical style with its symmetry and monumental columns. The top floor of the rectangular three-storey structure projects four structural bays over the east side and three bays over the west side, each to meet a pair of freestanding, precast concrete columns. This creates a grand portico to the main entrance on the west, and a roofed exterior space to the east. A projecting block on the north elevation, entered from the main floor hall, houses the Moot court. Also housed on the main floor are two lecture rooms and a student lounge. The interior spaces were designed with natural materials such a rough burnt brick, highly polished oak, terrazzo and concrete. The stairwell, located inside the main entrance to the west side, incorporates an element of the original home of the Faculty of Law, between the offices on the second floor and the library on the third. A stained and painted glass window by Robert Bell of Winnipeg and Robert McCausland Co. of Toronto, and completed in 1893 in the Old Law Courts Building, is installed here.

The exterior of Robson Hall is faced partially with rough-hewn random-patterned limestone, as seen on many of the campus buildings, but also with precast concrete panels of a unique aggregate texture. As noted in the preliminary building plans, there was intent for Robson Hall's exterior to match that of the neighbouring University College, designed by Moody Moore and Partners just a few years prior.

Renovations were done in 2020 to the Faculty of Law's meeting rooms in Robson Hall by Affinity Architecture Inc. Some of these renovations include upgraded mechanical and electric systems, the installation of new audio-visual systems, new milwork and furnishings. Improvements were also made to Robson Hall Plaza by ft3's landscape architects. Integrated, auditorium-style seating mimics the seats of the Moot court setting found in the Hall's interior and provides a gathering space for staff and students. Some softscaping improvements were done at the east entrance of the building as well as the installation of integrated planters all around the building.