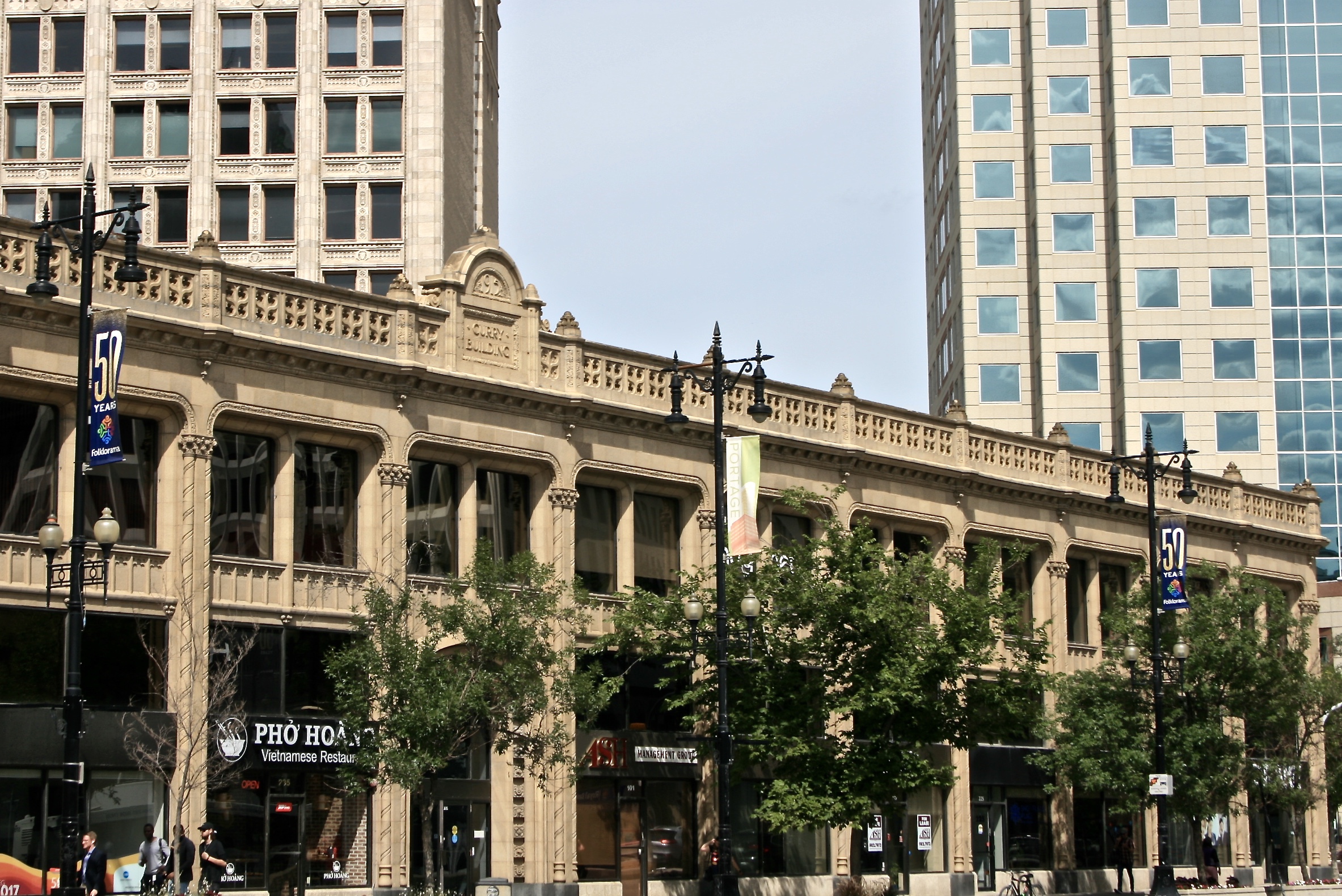 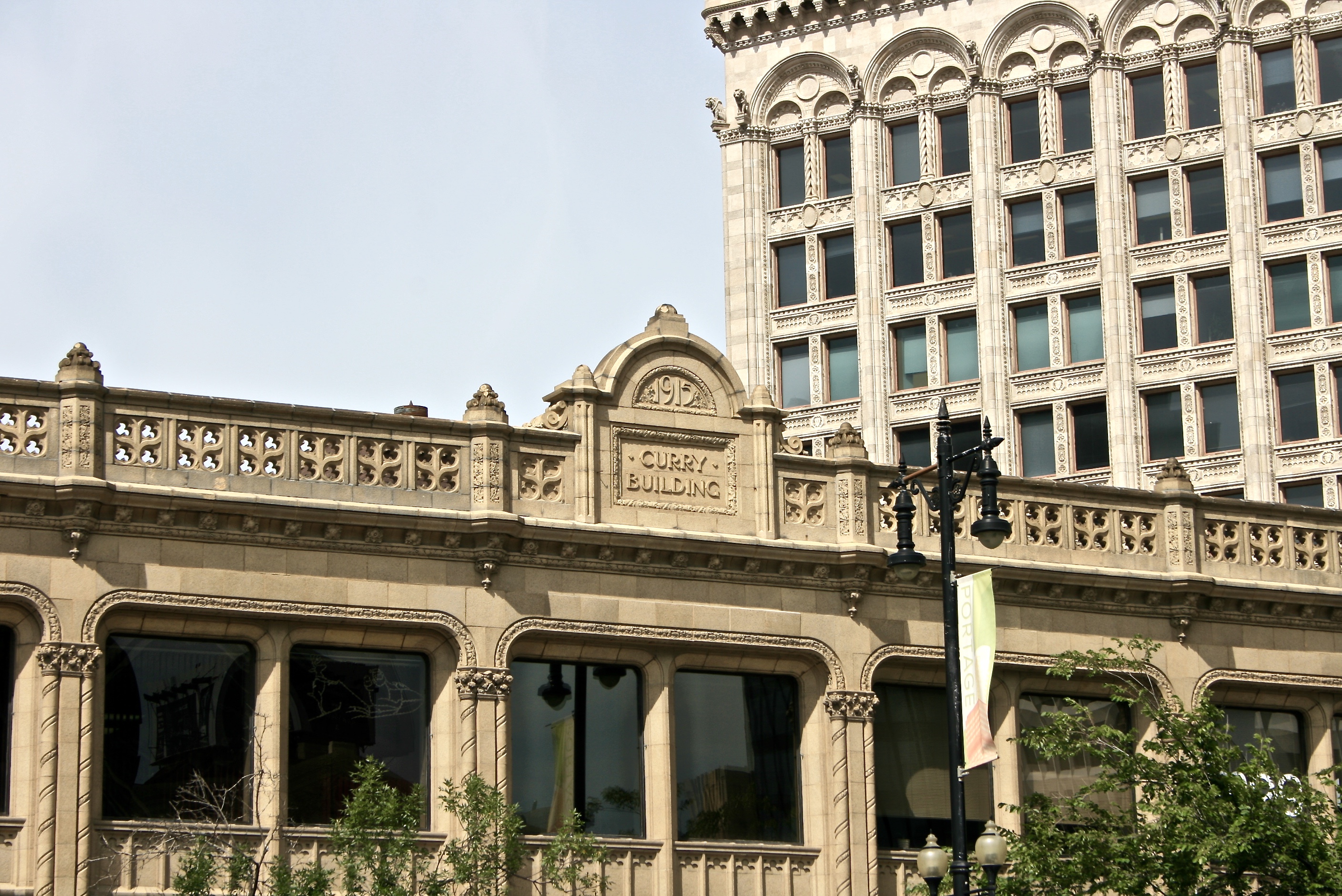 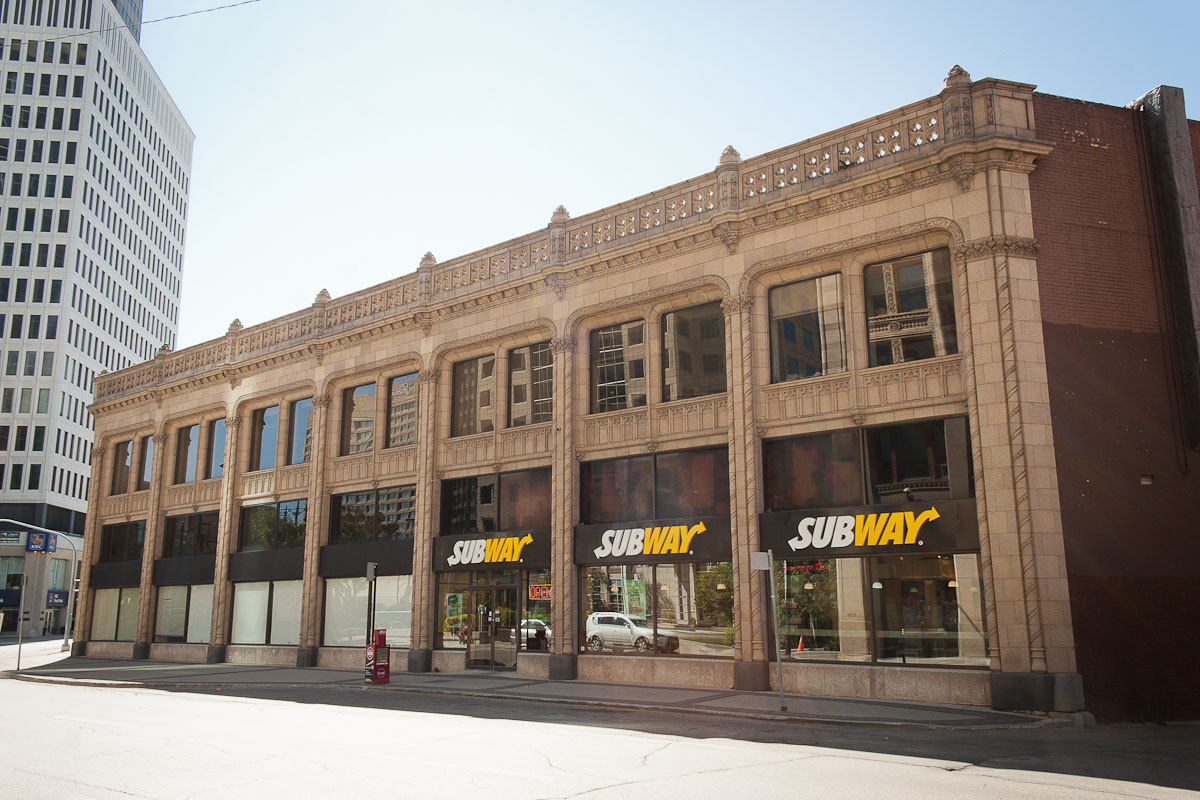 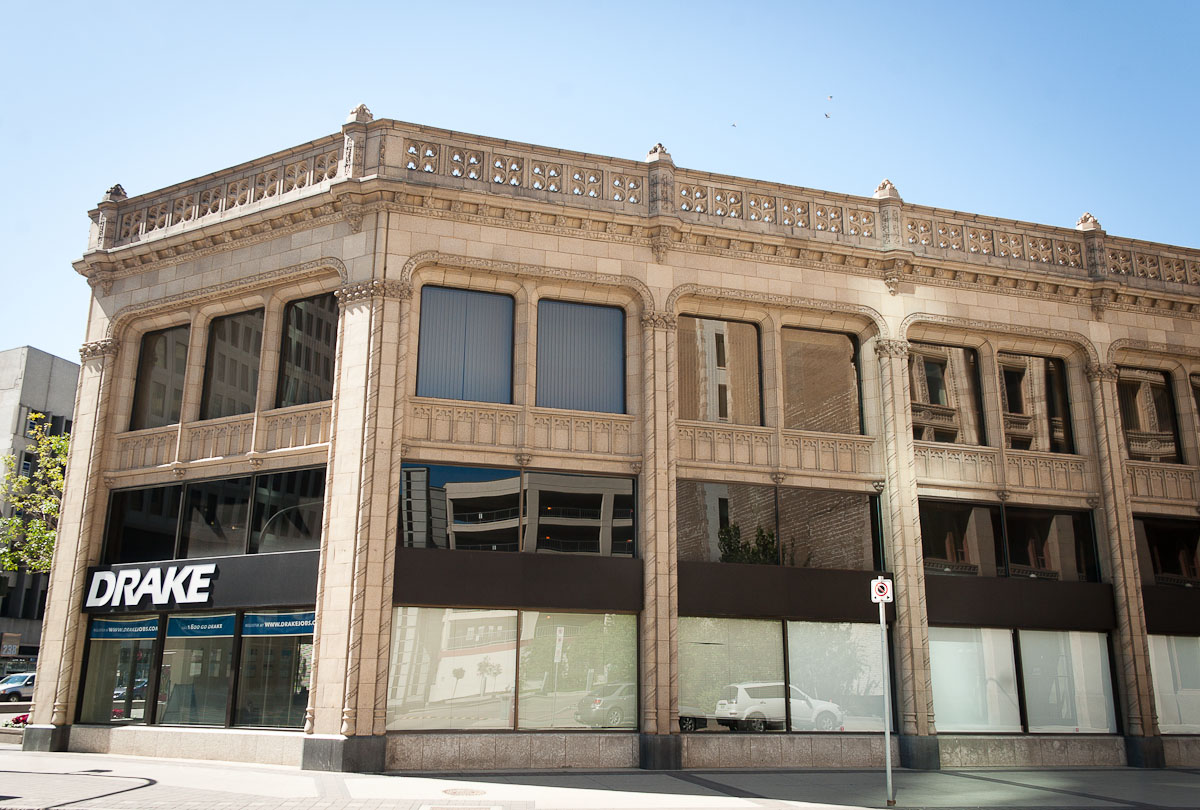 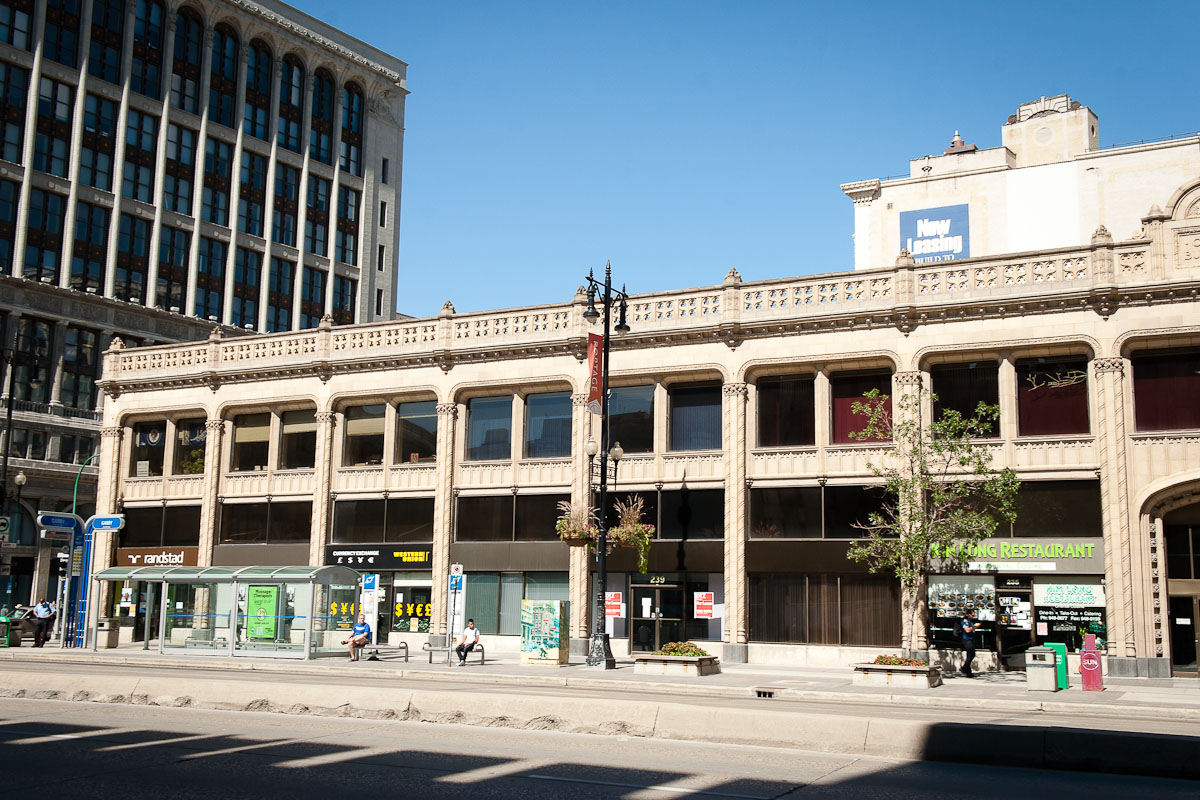 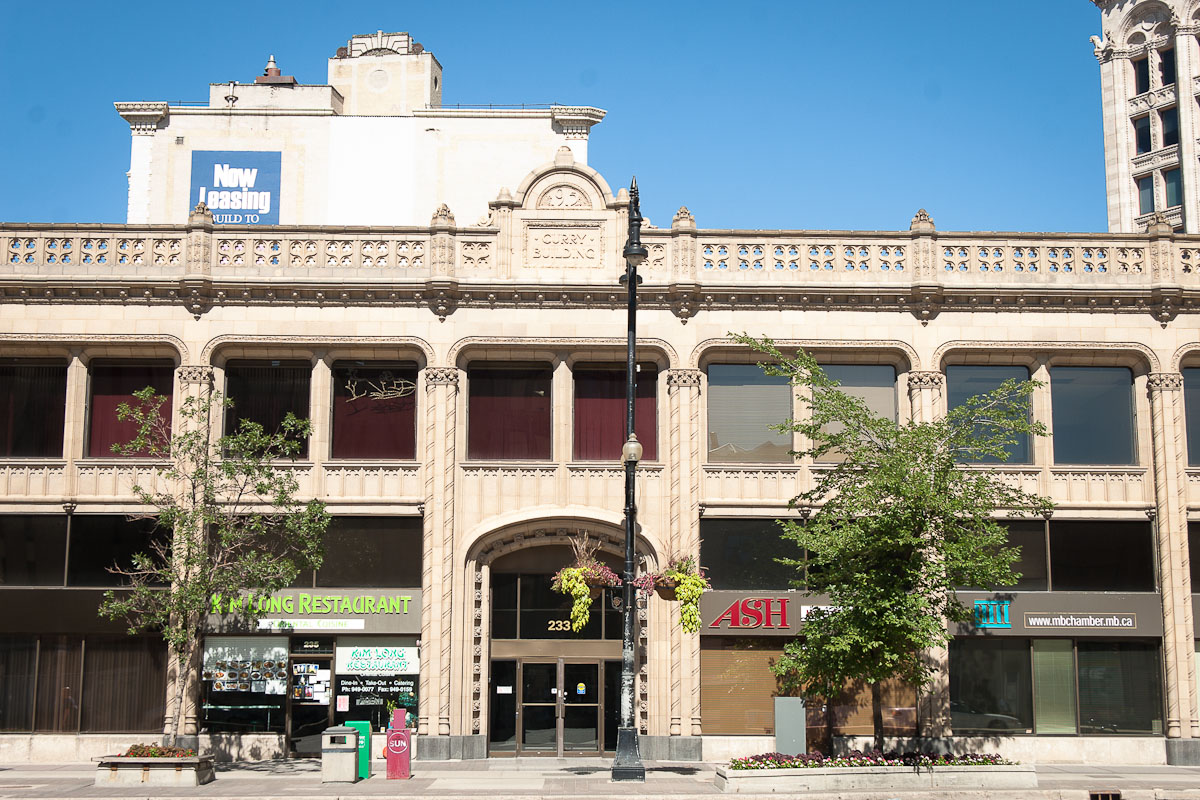 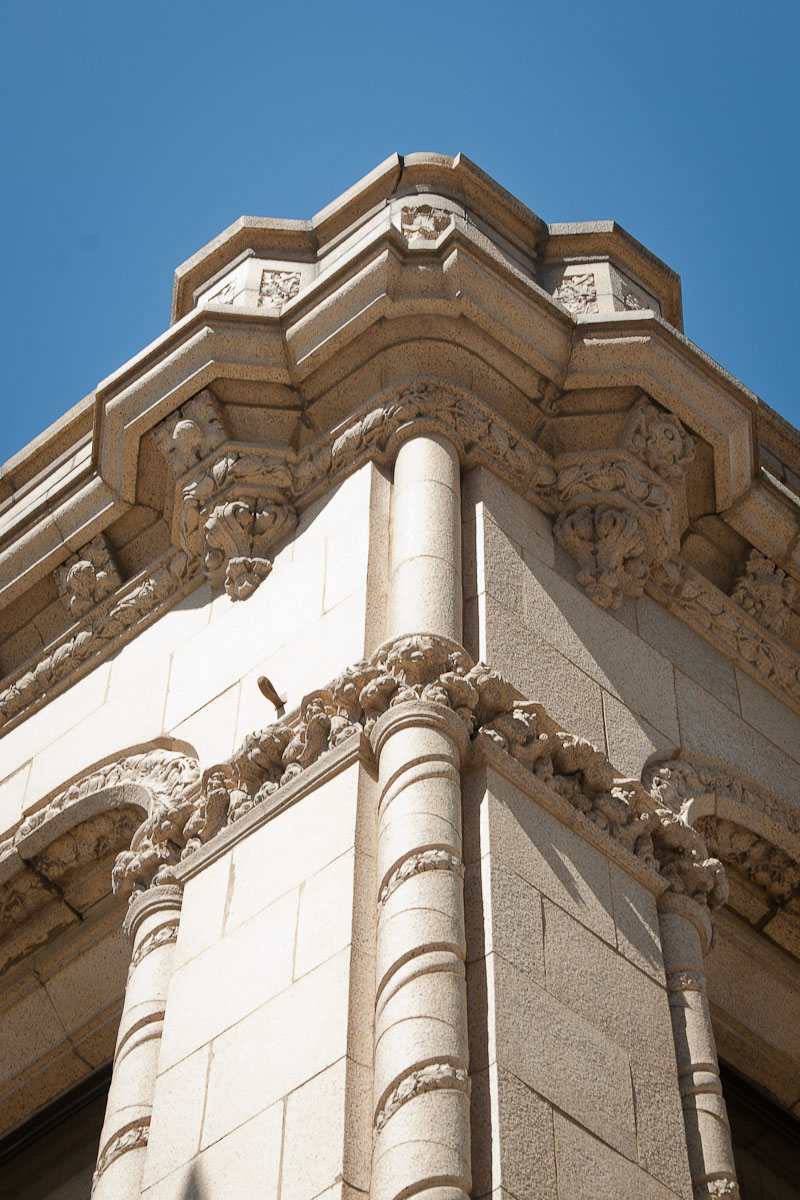 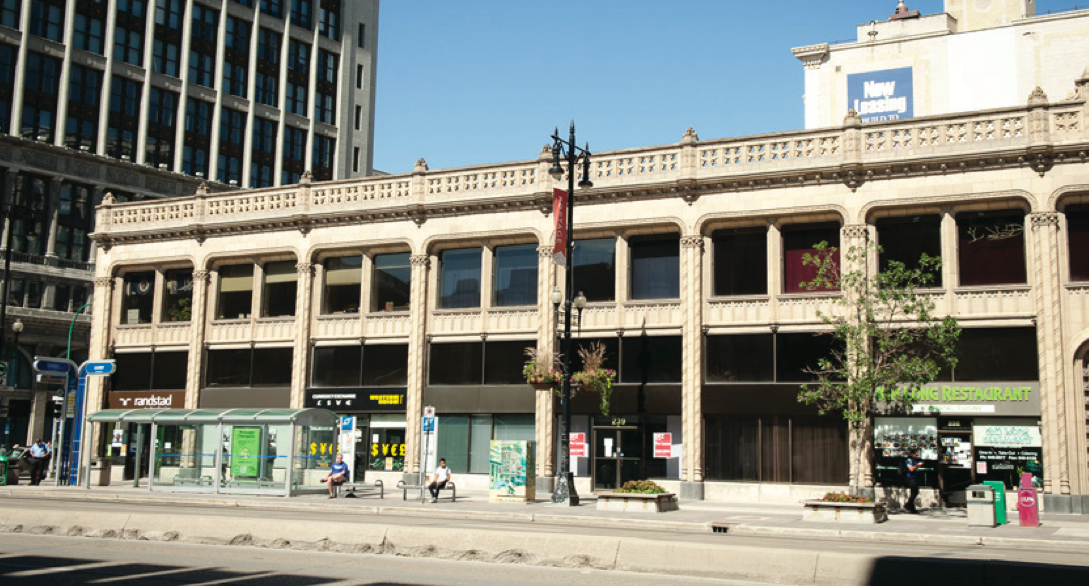 The two-storey Curry Building appears to be a granite structure but is really clad with an exceptional quality of terracotta that closely mimics granite. Texture and colour (beige accented with splashes of black and grey) contribute to the illusion, as does the apparent ‘stone carving’ that abounds on the building. At the top there is a lacy parapet. The spandrels (horizontal panels between the first- and second-storey windows) have a similar delicate look. Columns are dressed with winding “double twisted” ribbons which, alternately, show a plain then floral pattern. Above each pair of columns, nestled in the leafy decoration, are the heads and shoulders of what appear to be scribes. The result of these details is a cathedral-like Gothic-inspired design. Interestingly, this handsome structure was meant to be the base for a further seven stories. Plans for the addition, announced in 1928, were delayed a year only to have the Depression cancel the plans altogether.

The building was named for Duncan Steele Curry, the developer of the property, and was initially suppose to be constructed to eight storeys. This was due to the poor economic conditions of the first world war. The building went through an exterior alteration in 1974 when all inset entrances were altered to bronze tinted glass set in aluminium frames. The entrances on all three facades were altered as well.