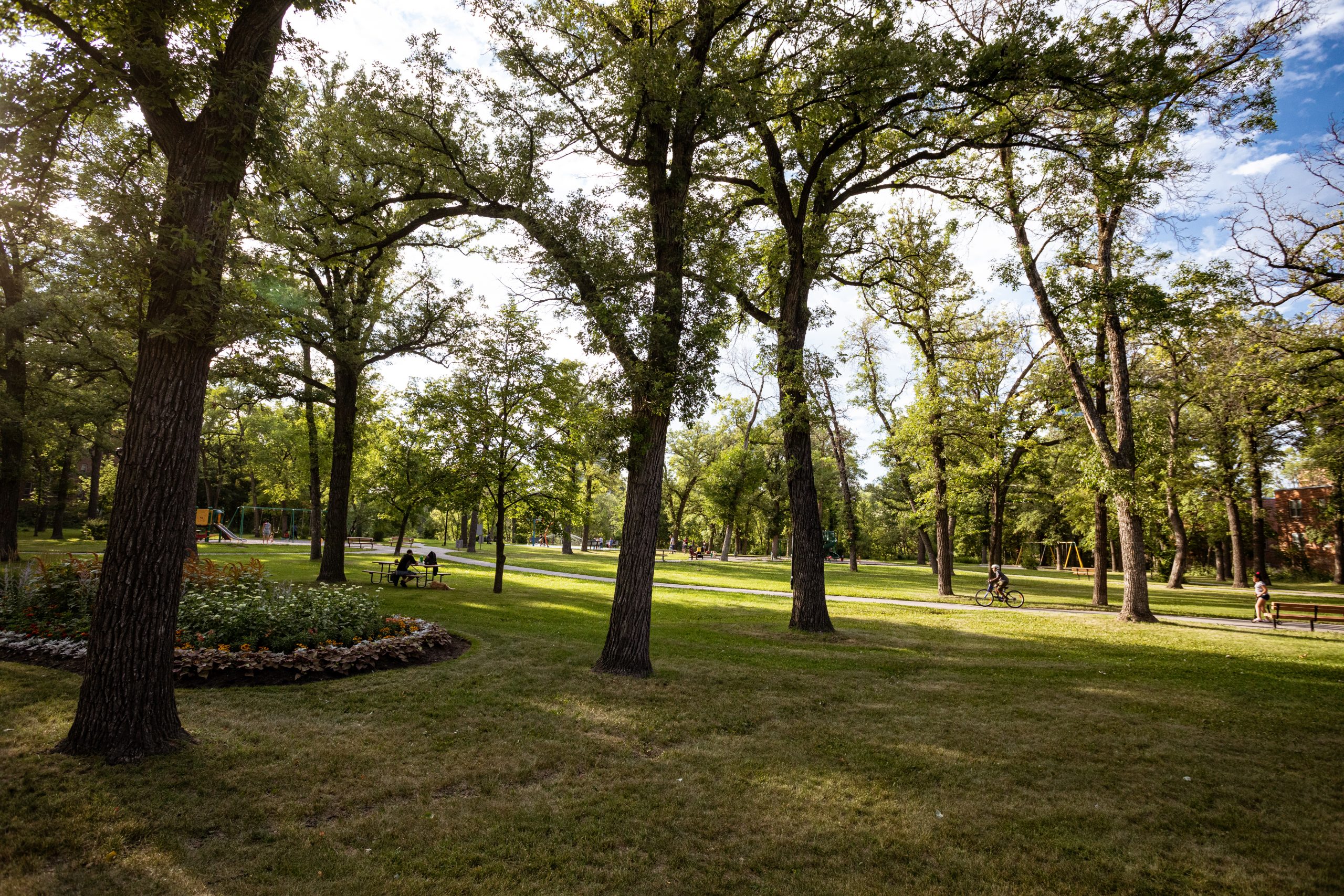 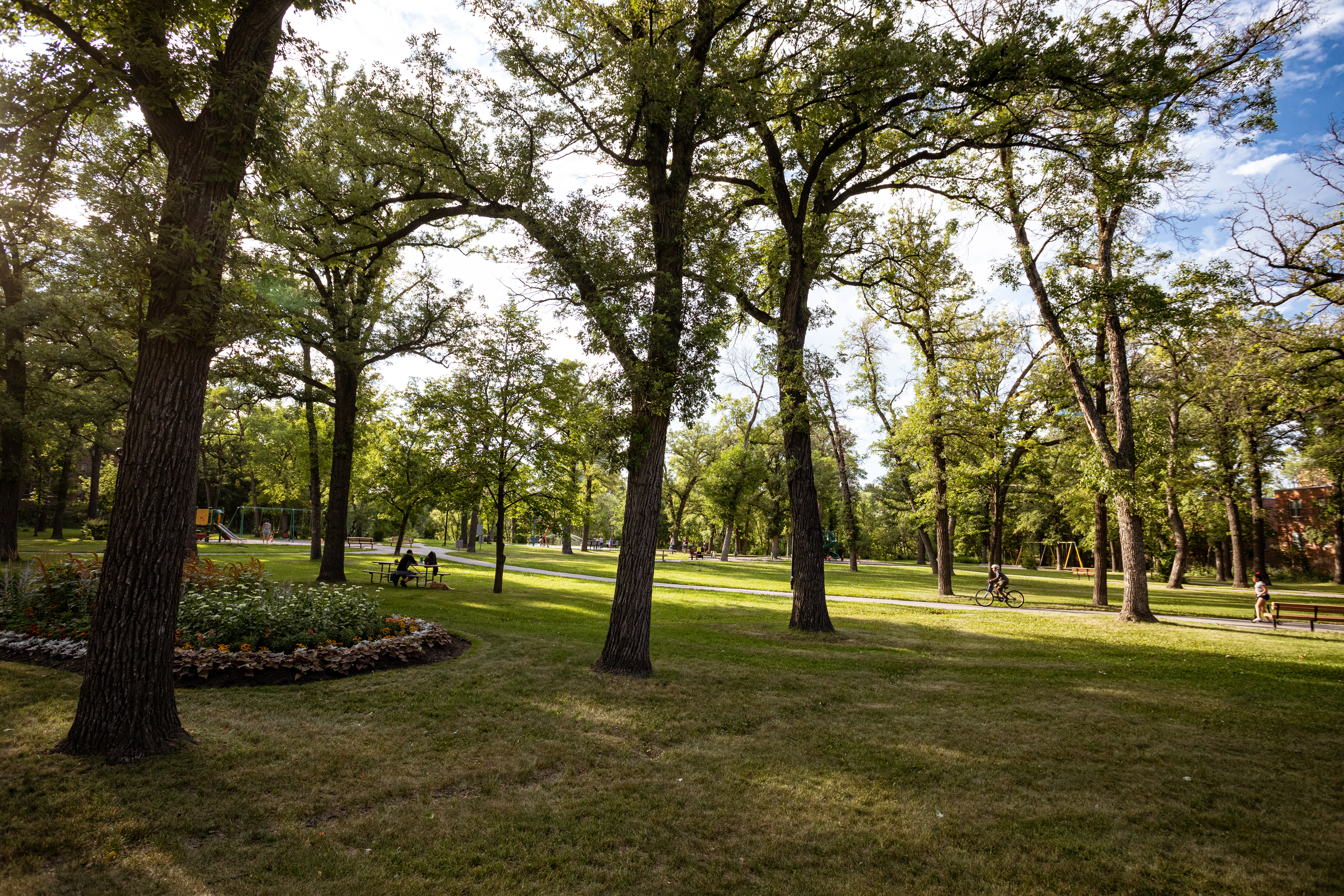 In 1893, Winnipeg’s newly founded Parks Department spent $16,500 on 4.85 acres of land just south of the Assiniboine River to develop a new city park. It was one of four created by the City that year, alongside Victoria Park, St. John’s Park and Central Park. When this park was created it was named Assiniboine Park. The name was changed to Fort Rouge Park in 1905 when the current Assiniboine Park opened further west of the city.

The initial layout of Fort Rouge Park was informal, with pedestrian walkways looping around flowerbeds and patches of trees. It was, according to the Winnipeg Tribune, one of the “prettiest parks in the city” because of its natural foliage.

None of the early features of the park remain. Park usage changed over the course of the 1910s, with a greater focus on public recreation spaces, as sporting grounds became an increasingly popular addition to Winnipeg parks. By 1956, Fort Rouge Park boasted two outdoor rinks—one for skating, one for hockey—a wading pool, a playground called the “Tot Lot,” and a flower garden. Despite the changes, the layout of Fort Rouge Park in 1957 matched the park’s winding walkways in 1895.

Today, gravel paths still guide visitors through the park but the elaborate shrubbery, flowerbeds and skating rinks are long gone. A newer playground has been installed, catering to a new generation of residents in Winnipeg’s first suburb.