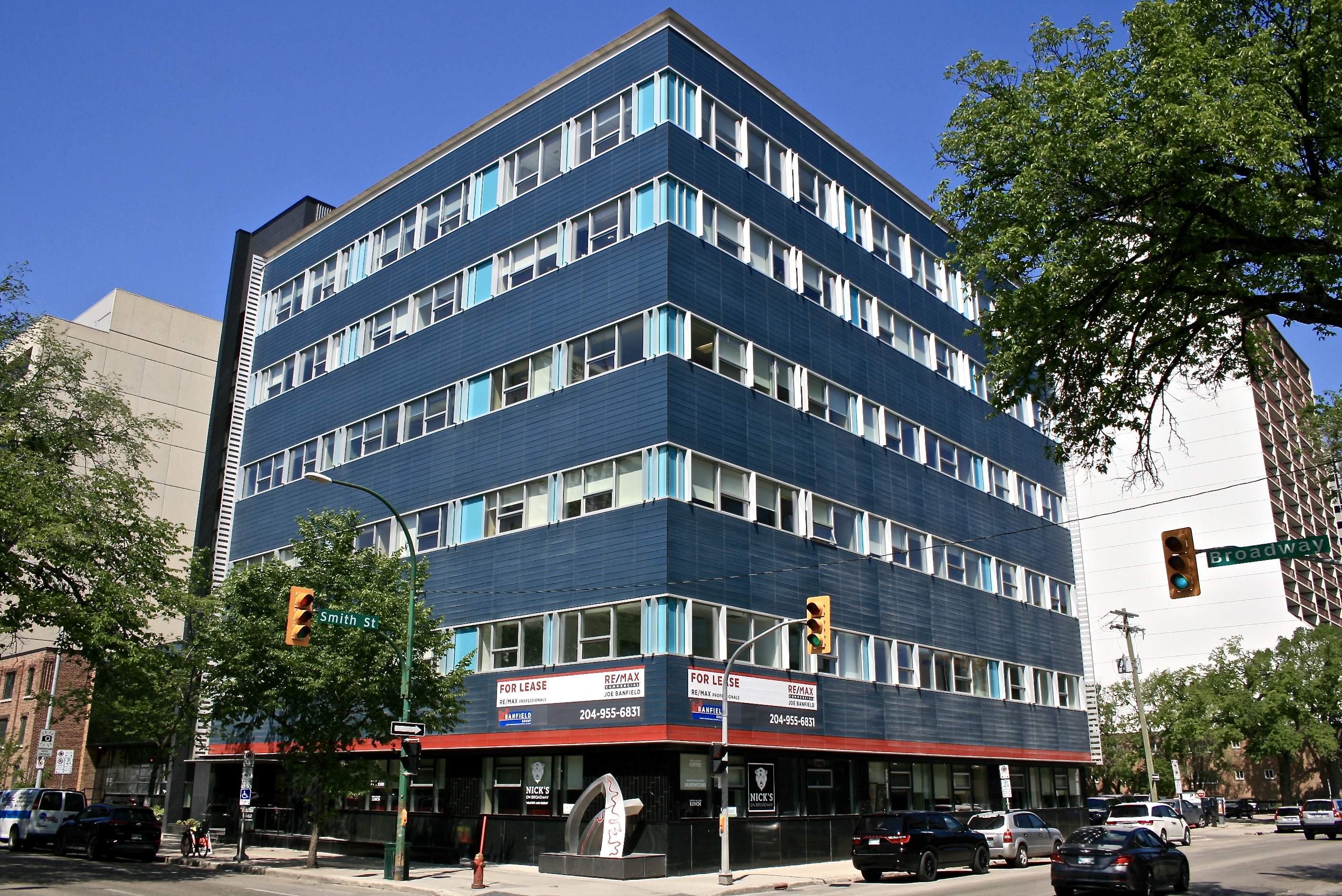 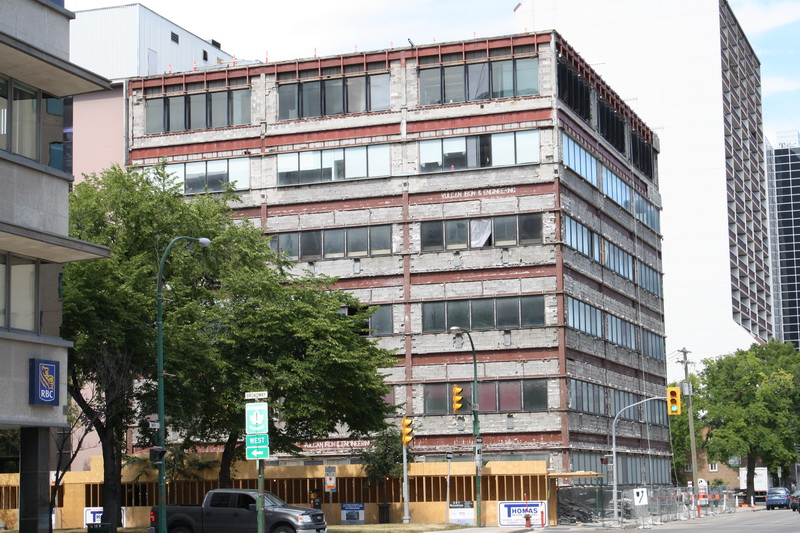 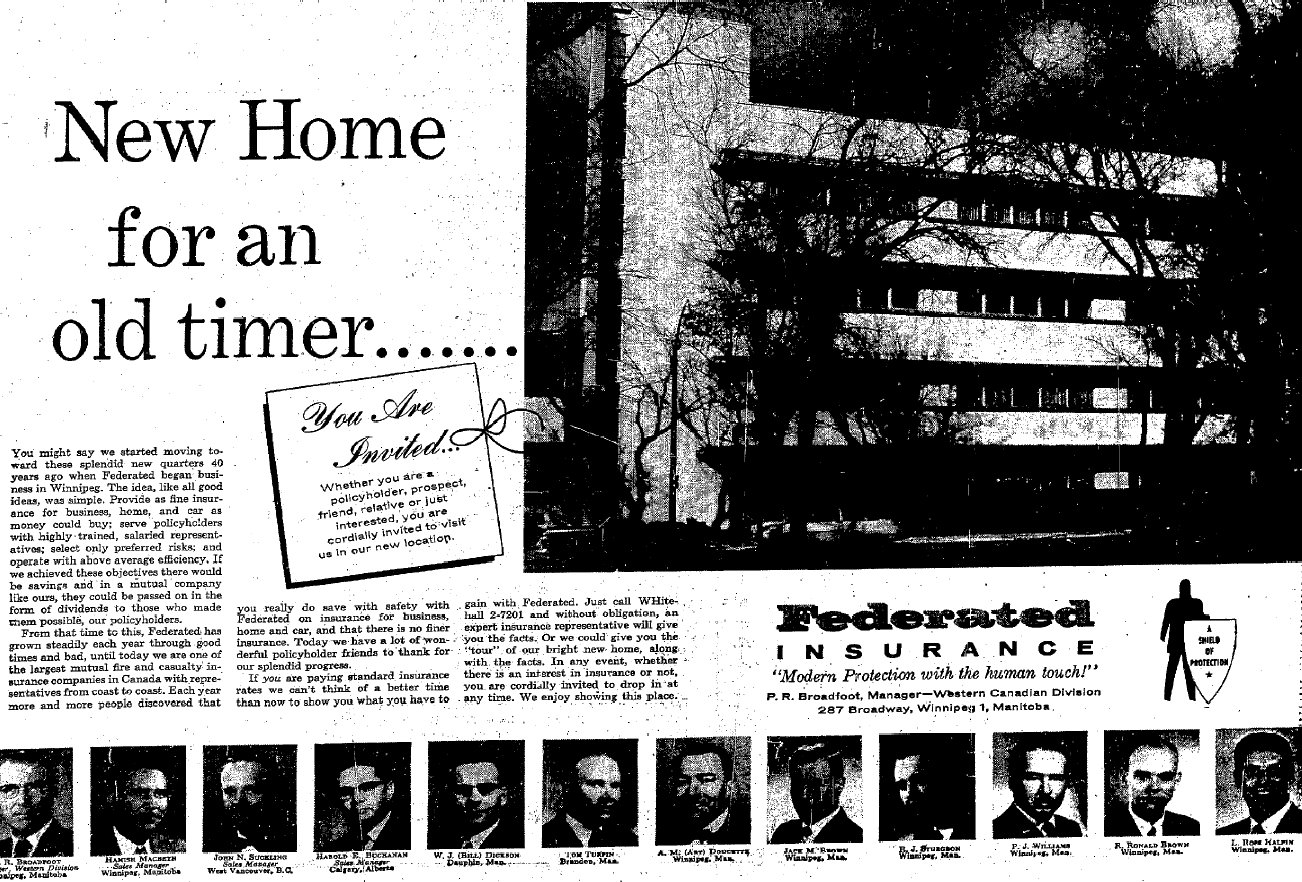 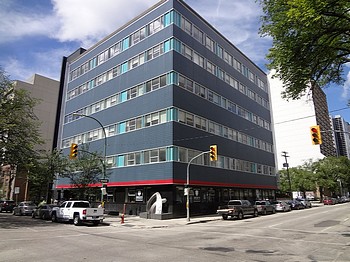 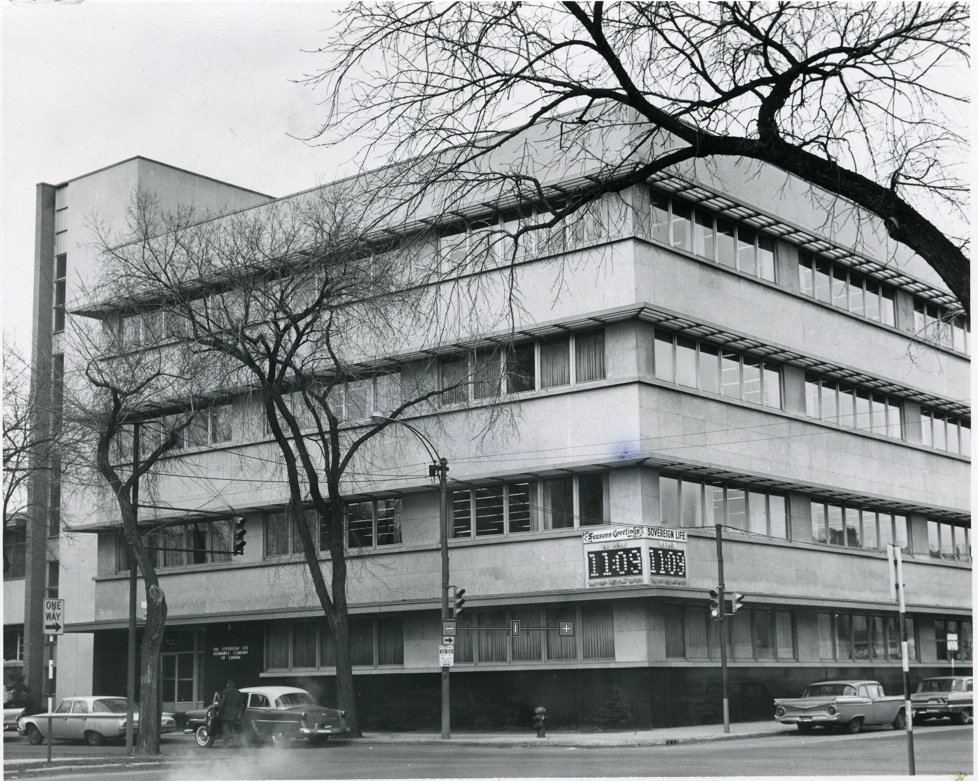 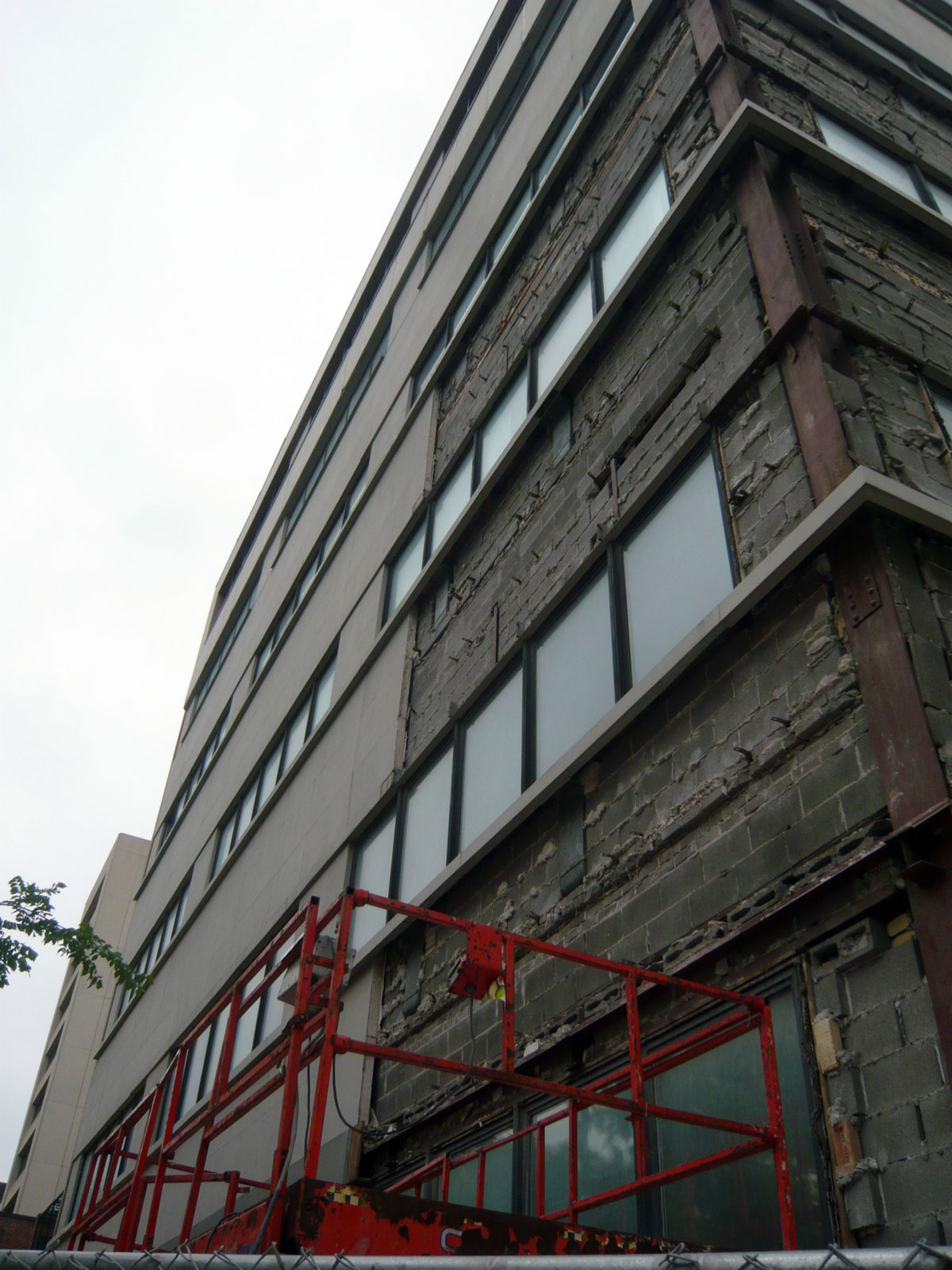 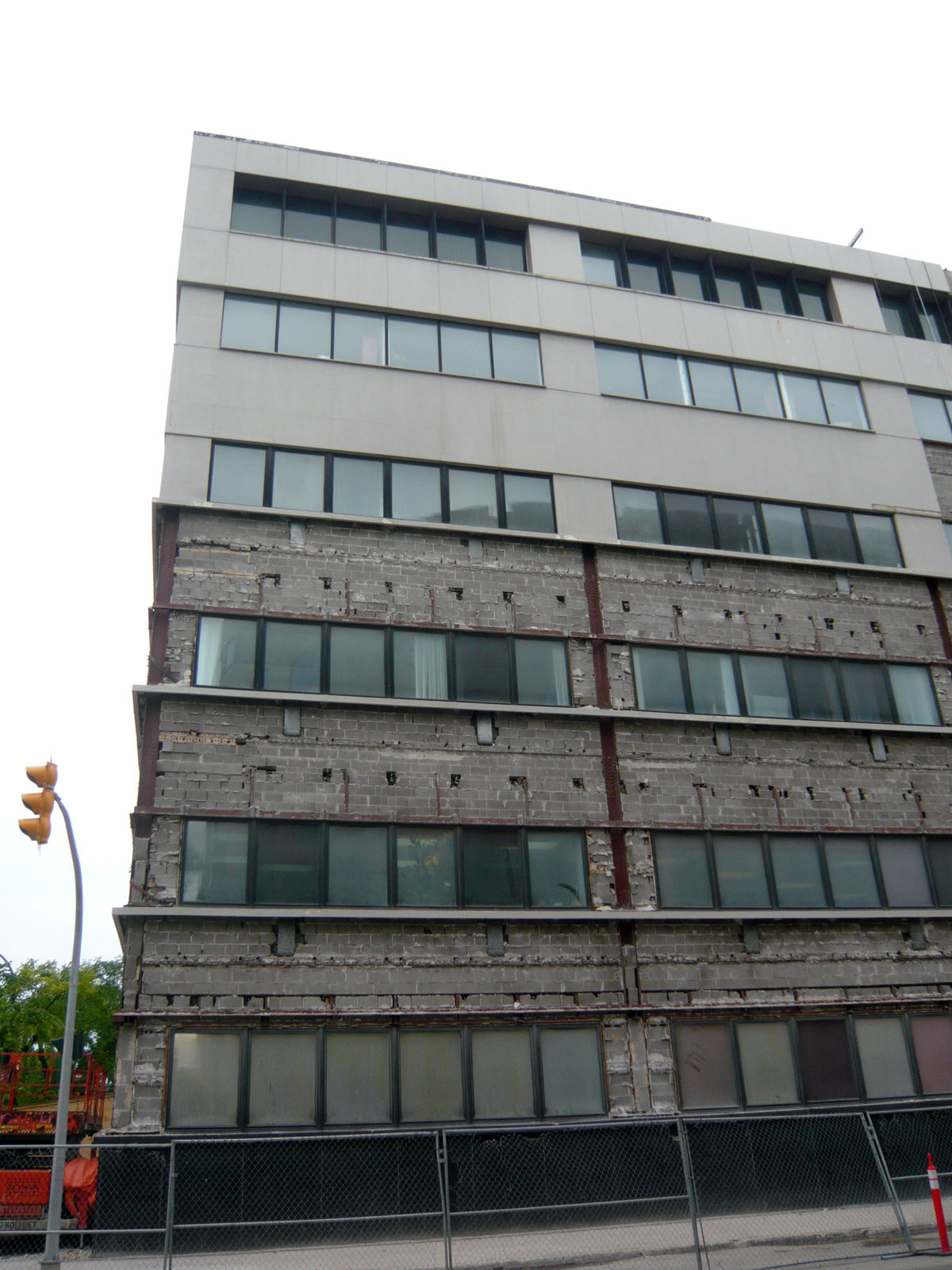 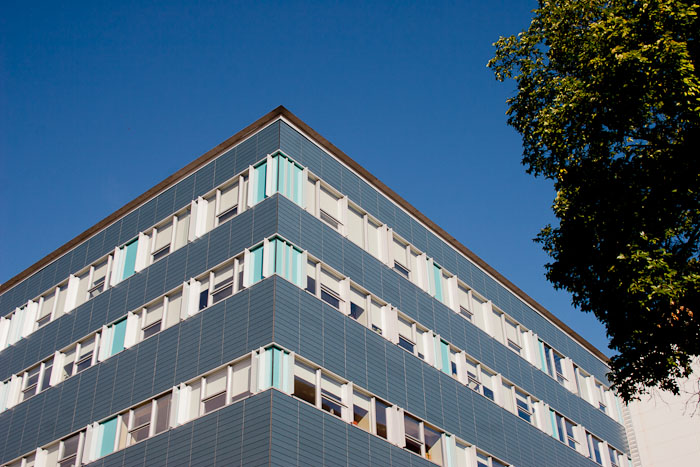 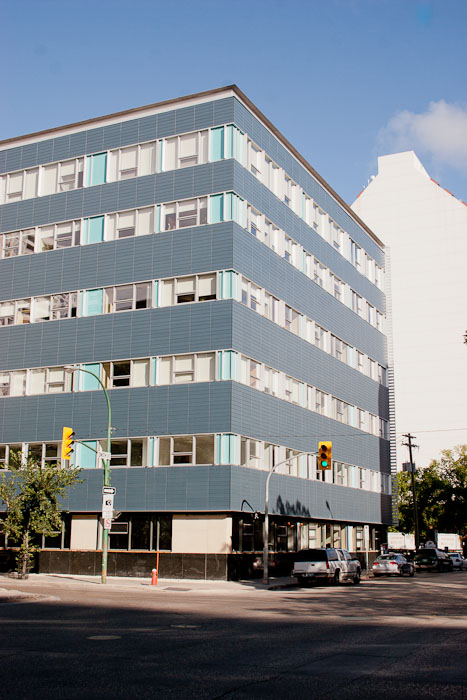 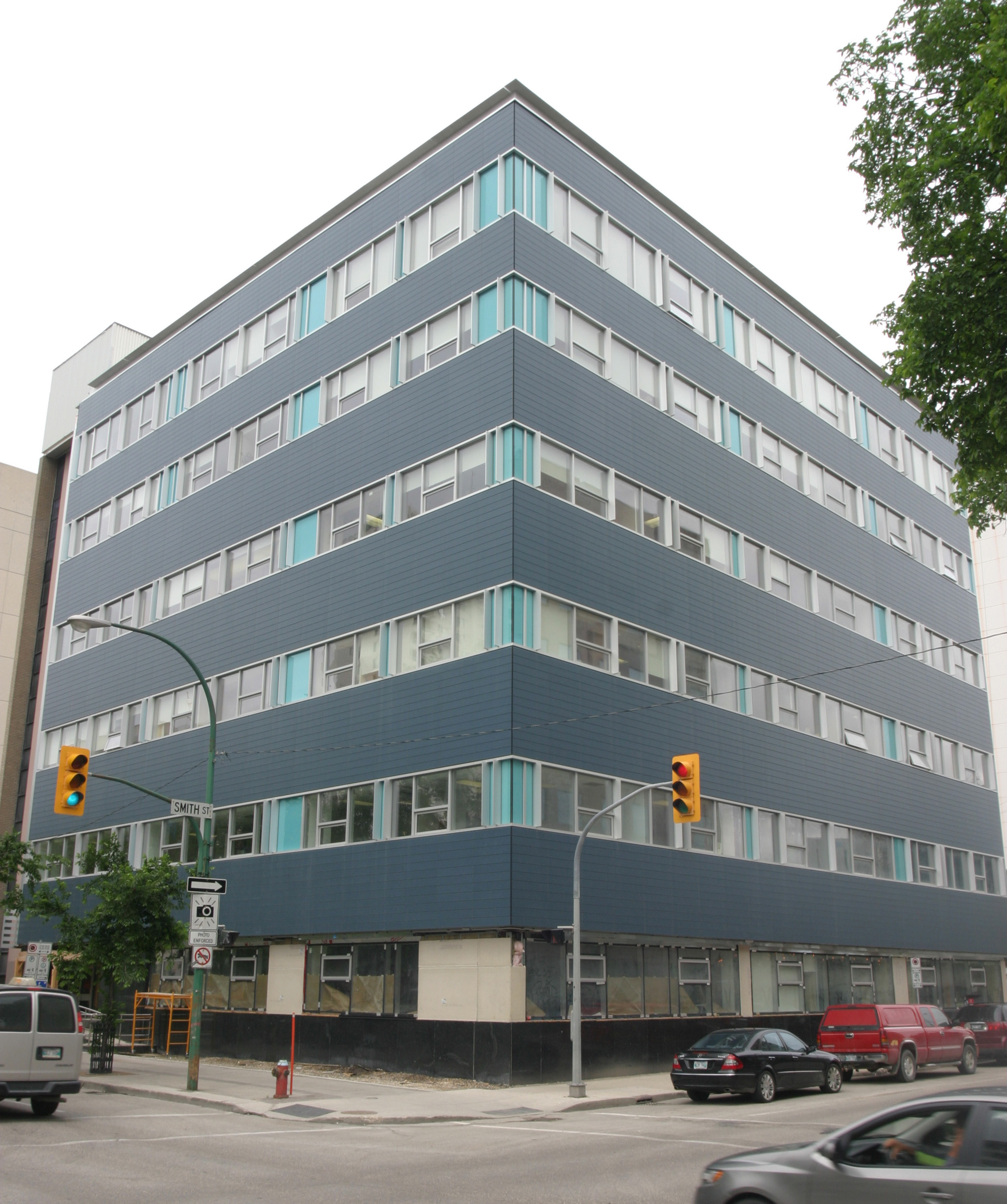 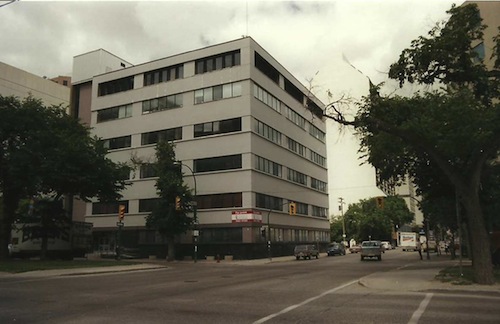 The site for the Sovereign Life building at Broadway and Smith Street was purchased from Robert Moore, whose firm Moody and Moore Architects owned several properties on the north side of Broadway. Moody and Moore Architects were, unsurprisingly, later retained to design the new head office for Sovereign Life. Regarding the location, the trade journal Western Construction and Building noted that “Broadway was rapidly becoming the insurance and financial capital of Winnipeg.”

Built between 1956 and 1957, the construction of this building coincided with the building of another Moody and Moore design across the street, the Investors Building.

The initial plans for construction describe a four-storey office building framed with structural steel, intersecting with alternating bands of Tyndall limestone and windows designed to expose the structural frame. The base of the building is treated in a veneer of polished black granite. Theodore Matoff, assistant professor of architecture at the University of Manitoba, commented that the original building lacked a comprehensive theme, criticizing the design for being no more than a “collection of twentieth-century materials aesthetically unintegrated with one another.”

Subsequently, in the late 1960s, Metropolitan Estate and Property Corporation (MEPC), a British investment house, purchased the Sovereign Life building and commissioned Poole Construction to add two more storeys onto the structure, which brought the building to its present appearance.

In 2009 Inlett Properties bought the building and decided to undergo a large interior and exterior renovation that cost millions of dollars. This included the addition of two more storeys, the replacement of the windows, and upgrading the heating and cooling systems.