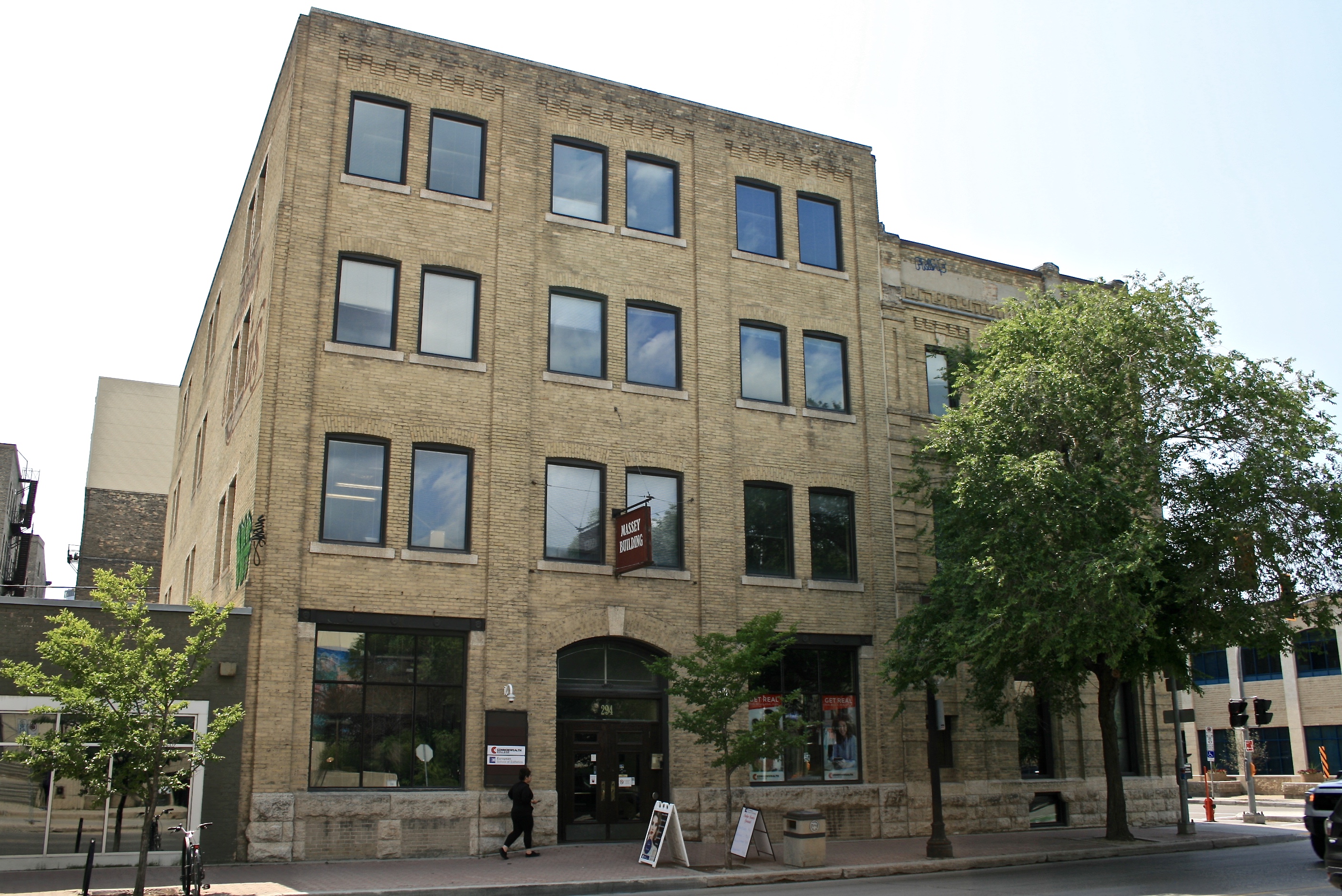 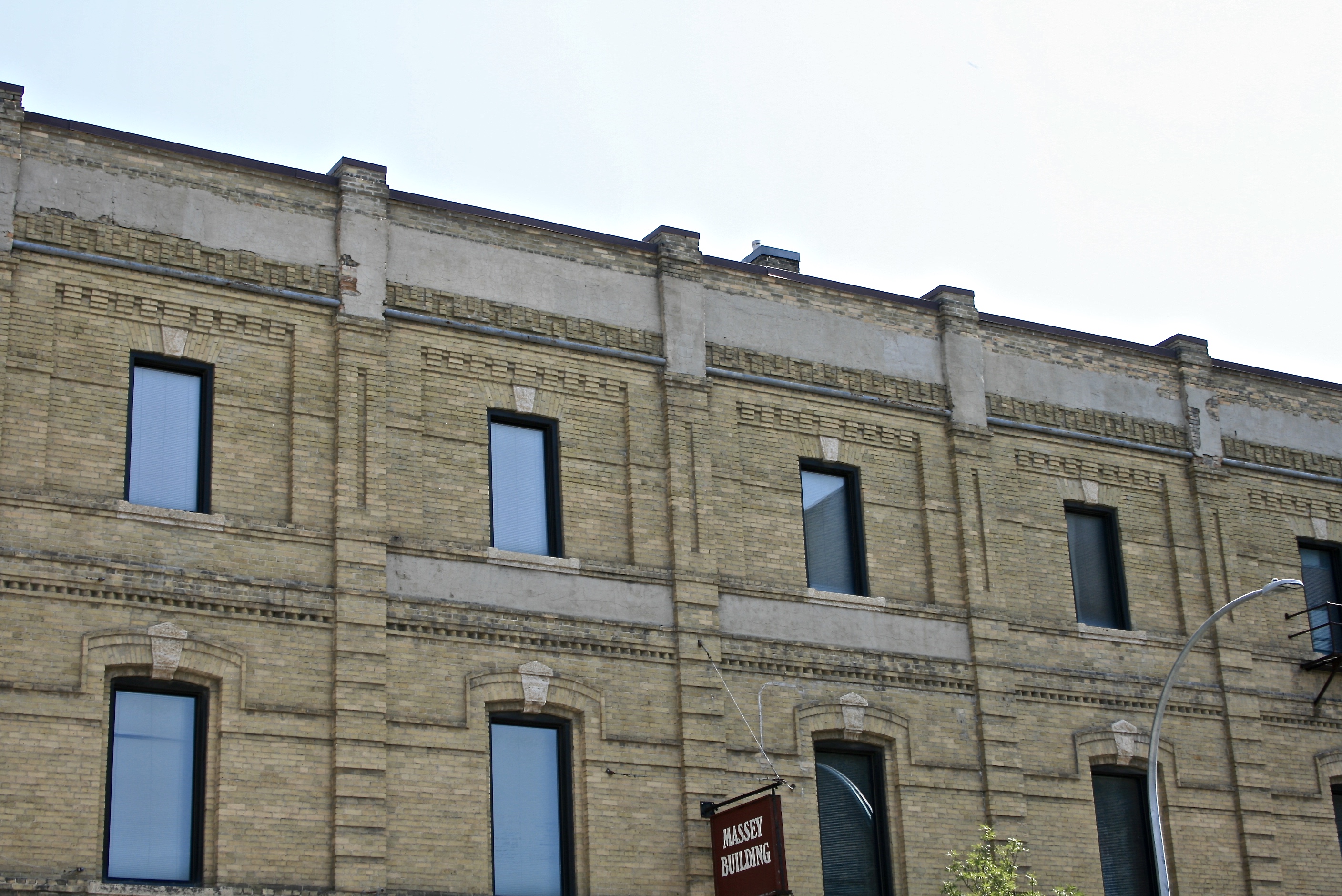 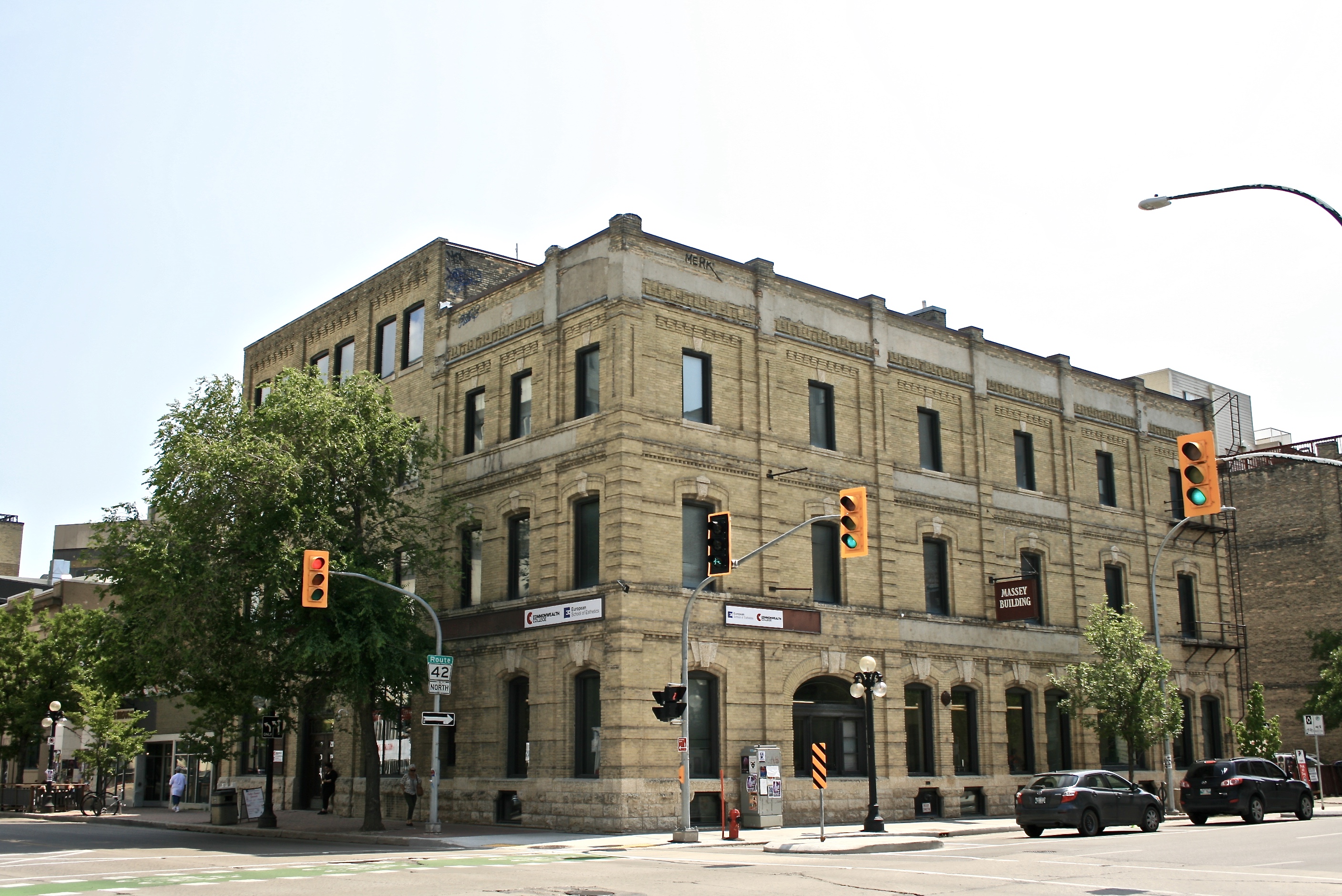 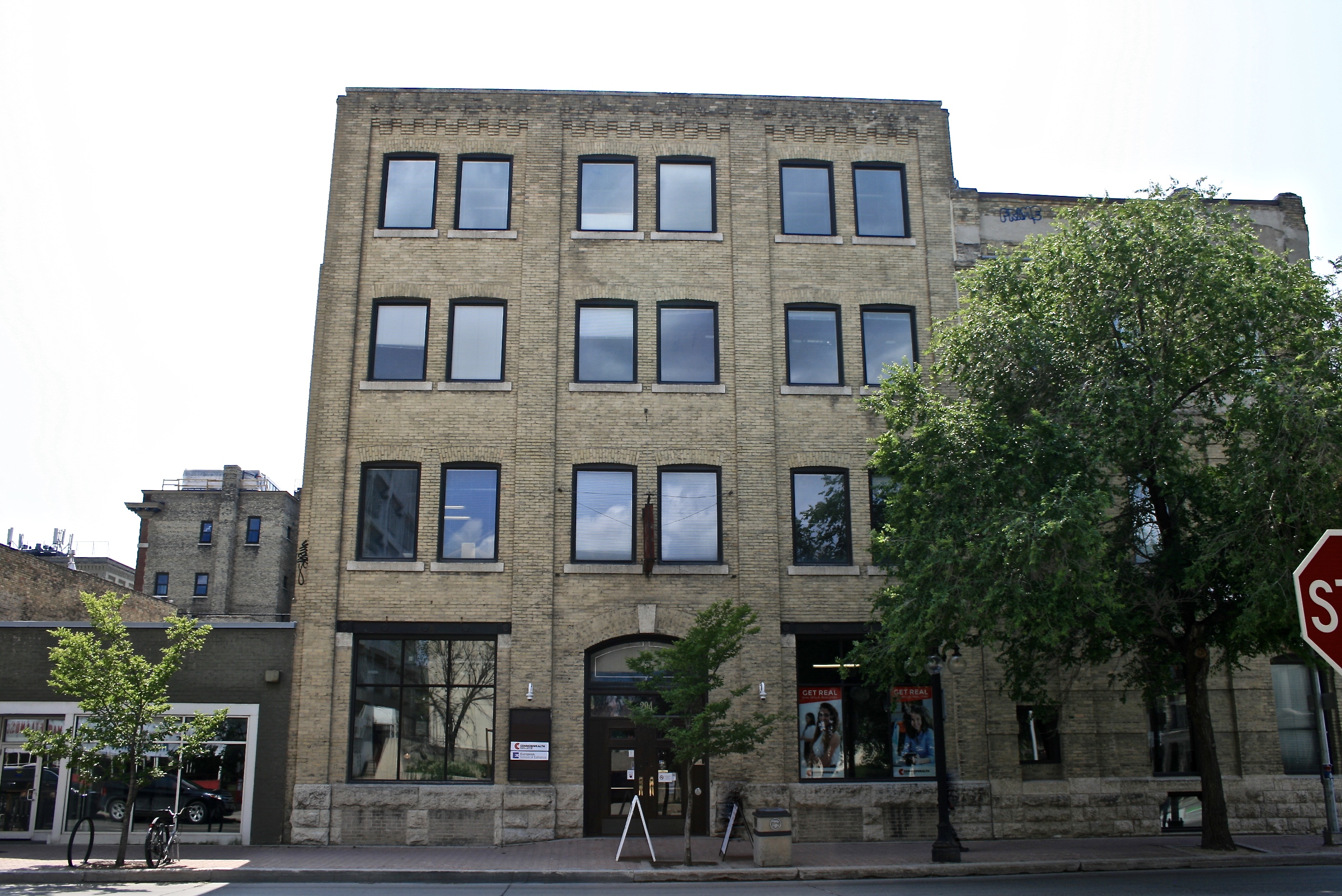 The Massey Building consists of two adjoining masonry structures erected between 1885 and 1904 in Winnipeg's Exchange District, a national historic site of Canada. The City of Winnipeg designation applies to the building on its footprint and the following interior elements: pressed tin ceilings, oak staircase and balustrade, oak panelling and wainscotting, exposed beams and any other original exposed woodwork.

The handsome Massey Building is an excellent example of Italianate commercial architecture, a dignified design by George Browne that befitted the structure's role as regional headquarters of the Massey Manufacturing Co. This Ontario-based farm implement firm was an early entrant to the developing prairie market and, with its 1891 merger with A. Harris, Son & Co., became one of Canada's largest and most important producers of farm machinery. Its solidly constructed Winnipeg building, strategically situated across from the city's public market and near its grain exchange and other agriculturally related enterprises, was more than doubled in floor space by a 1904 warehouse addition of complementary yet simpler design by S.F. Peters. The complex housed the Massey-Harris Co.'s equipment assembly and marketing activities until the 1940s, then was later converted to office and educational uses. The 1885 building still retains much of its interior finishes and is the most intact of the pre-1900 structures that remain from Winnipeg's original Market Square commercial centre.