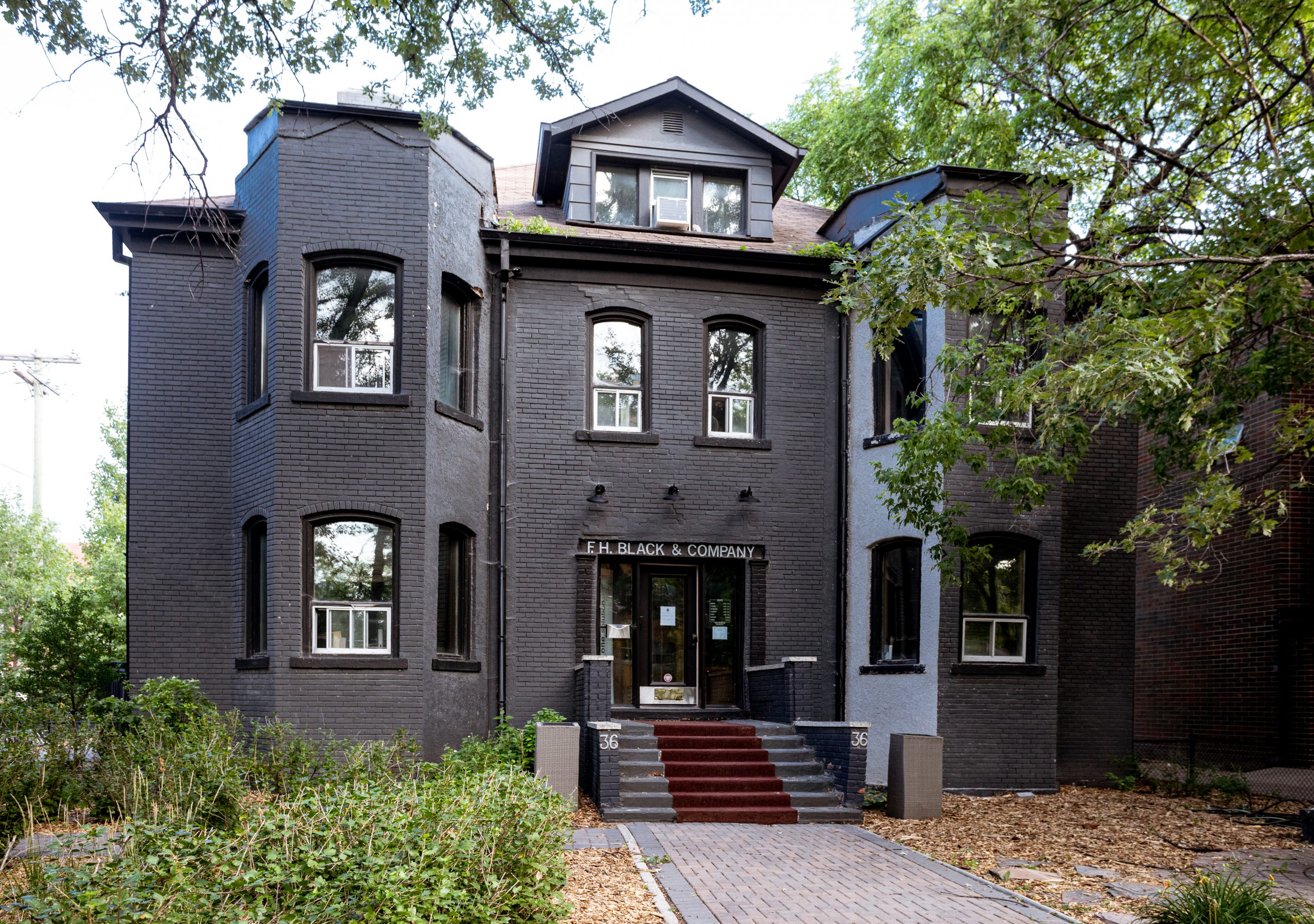 This home, built for businessman John Claire Falls, is typical of the type of housing popular in Fort Rouge in the pre-First World War boom period. Falls had moved to Winnipeg in 1892, and quickly found work with the hardware firm Wood Vallance. Within a year, he was the general manager and later became vice-president of the company. Falls was also a member of the St. Charles Country Club, the Carleton Club, and the Freemasons. He was married in 1883, and raised one daughter in Winnipeg.

In 1907, Falls hired architects Lindsey Wardell and H.J. Nichols to design a new home for himself and his family. Built in the popular Queen Anne Revival Style, the home has a pleasing and asymmetrical facade. Two bay windows, capped with parapet cornices, frame the central porch. Both arched and rectangular windows can be found across the facade. A three-windowed dormer on the roof faces north.

The Falls family sold the home in 1925 and in the 1930s it was converted into a boarding house. The upper floor was divided into twelve rooms to meet the new residential demands in the area, brought on by low wages and high housing costs caused by the Great Depression. In 1957, Matron Marie E. Martin, purchased the building for St. Michael’s Nursing Home.

Under Martin’s supervision, the J.C. Falls house accommodated thirty patients. It remained a nursing home until 1987, when the house was renovated into office space.