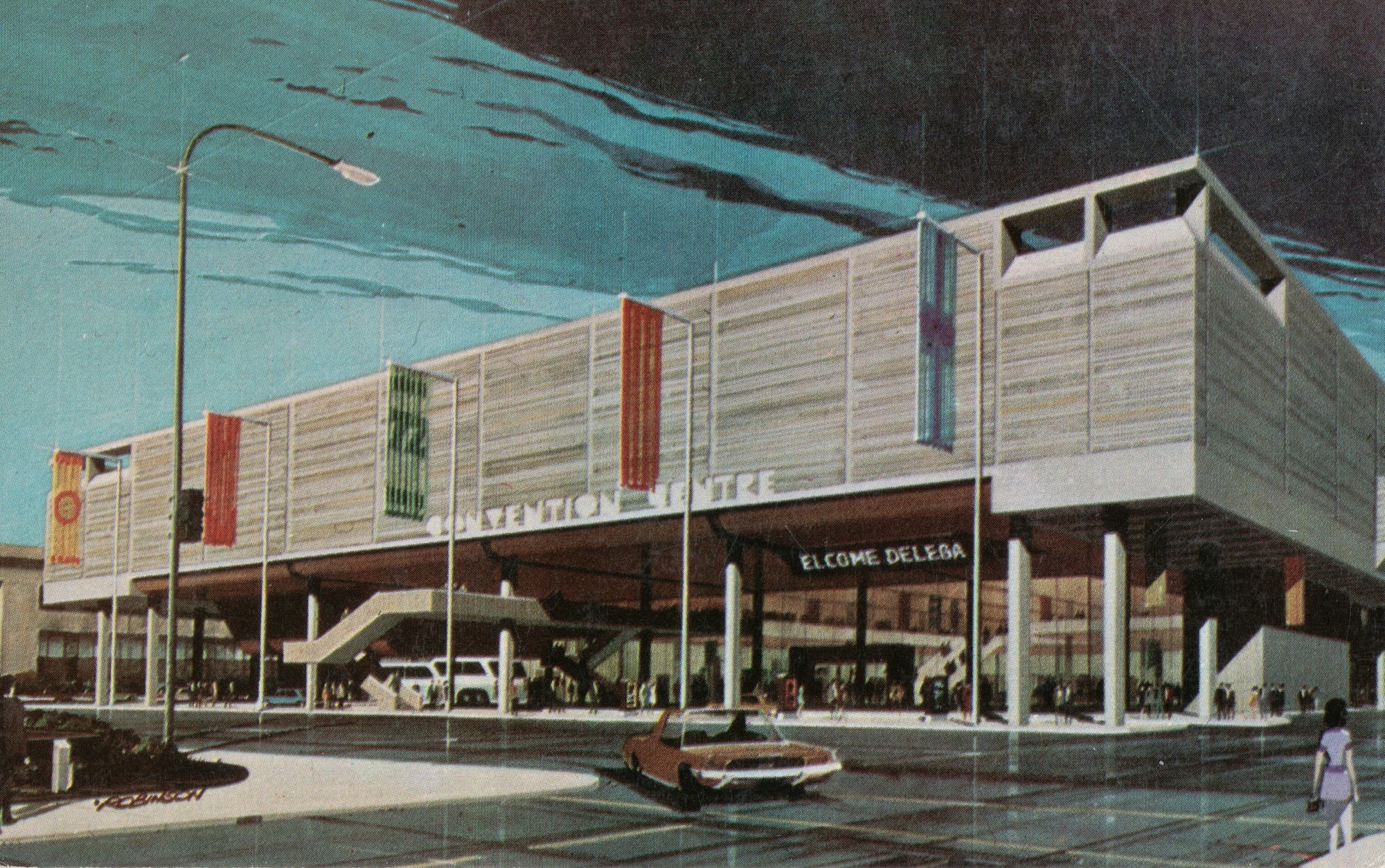 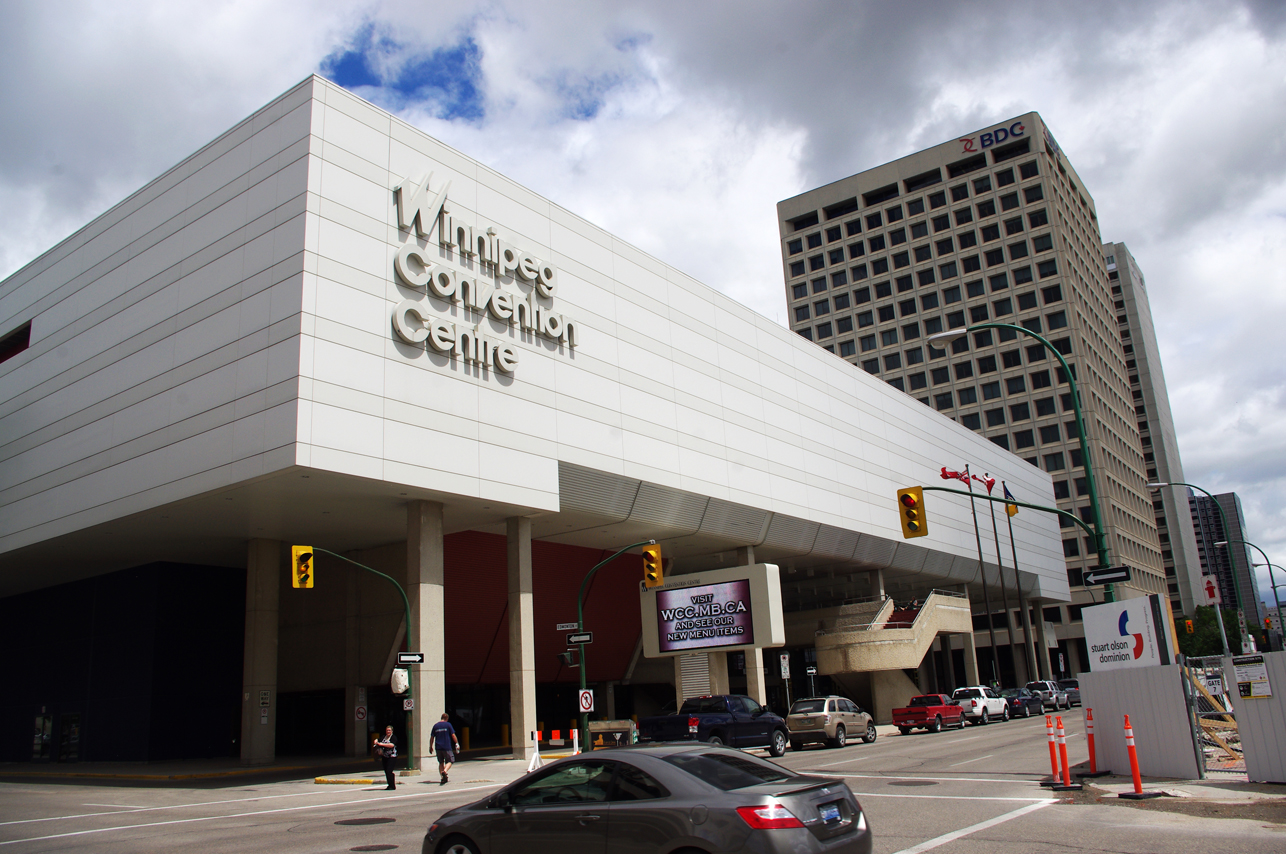 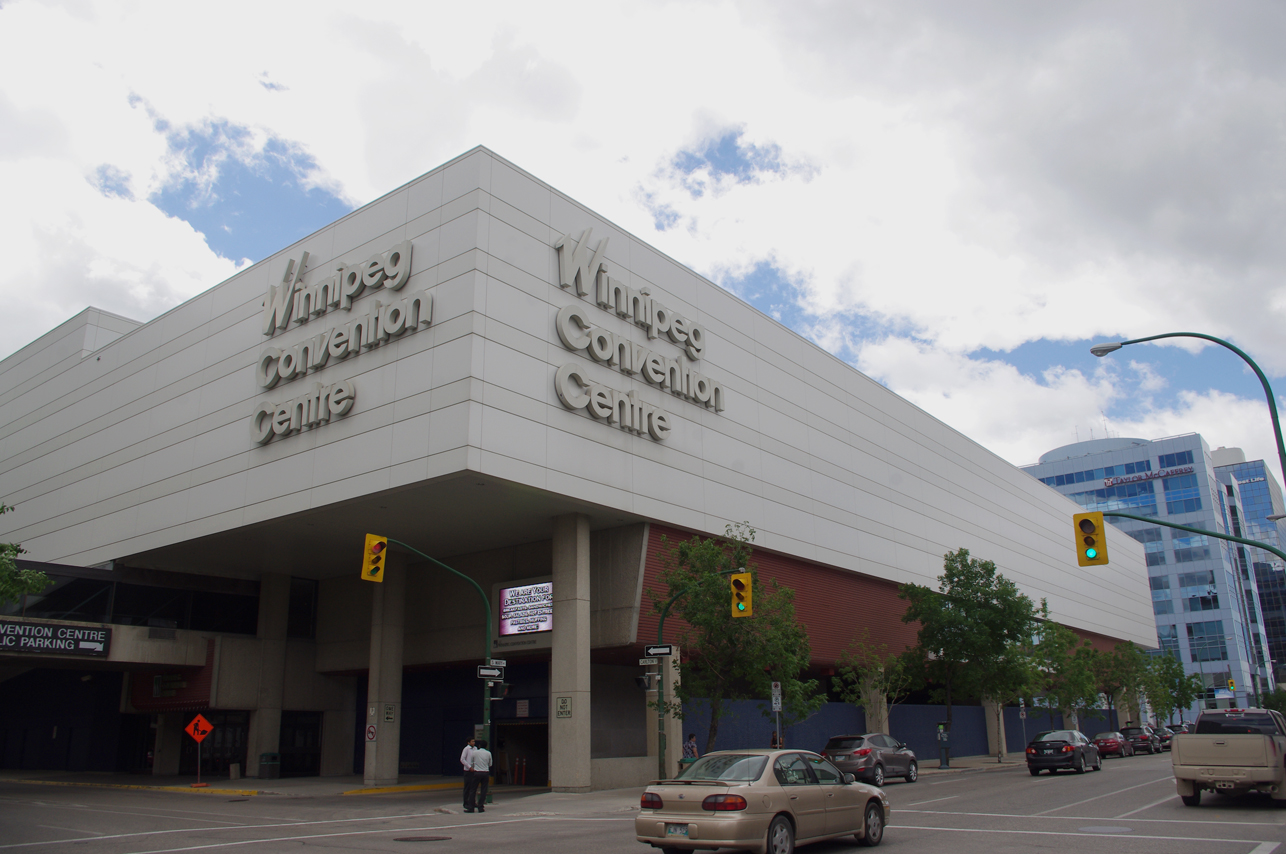 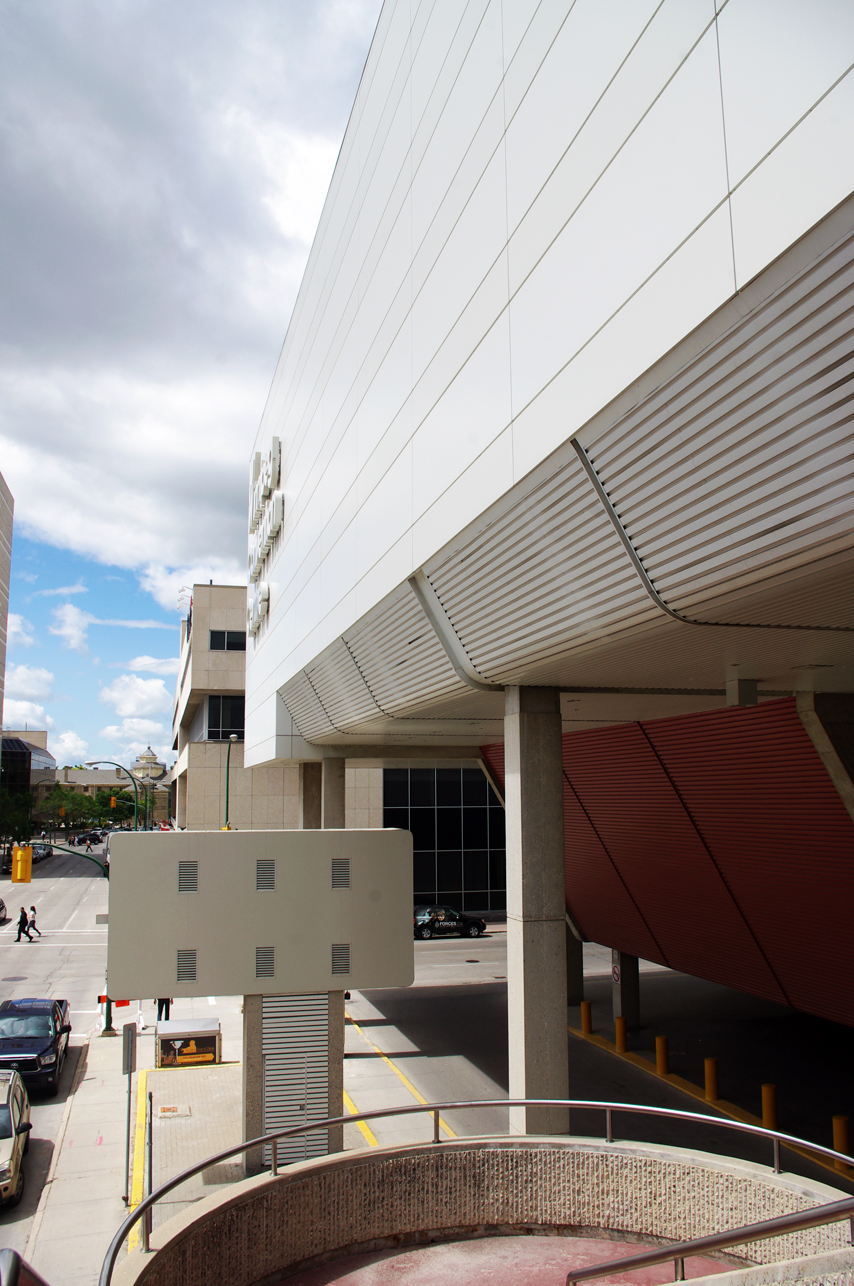 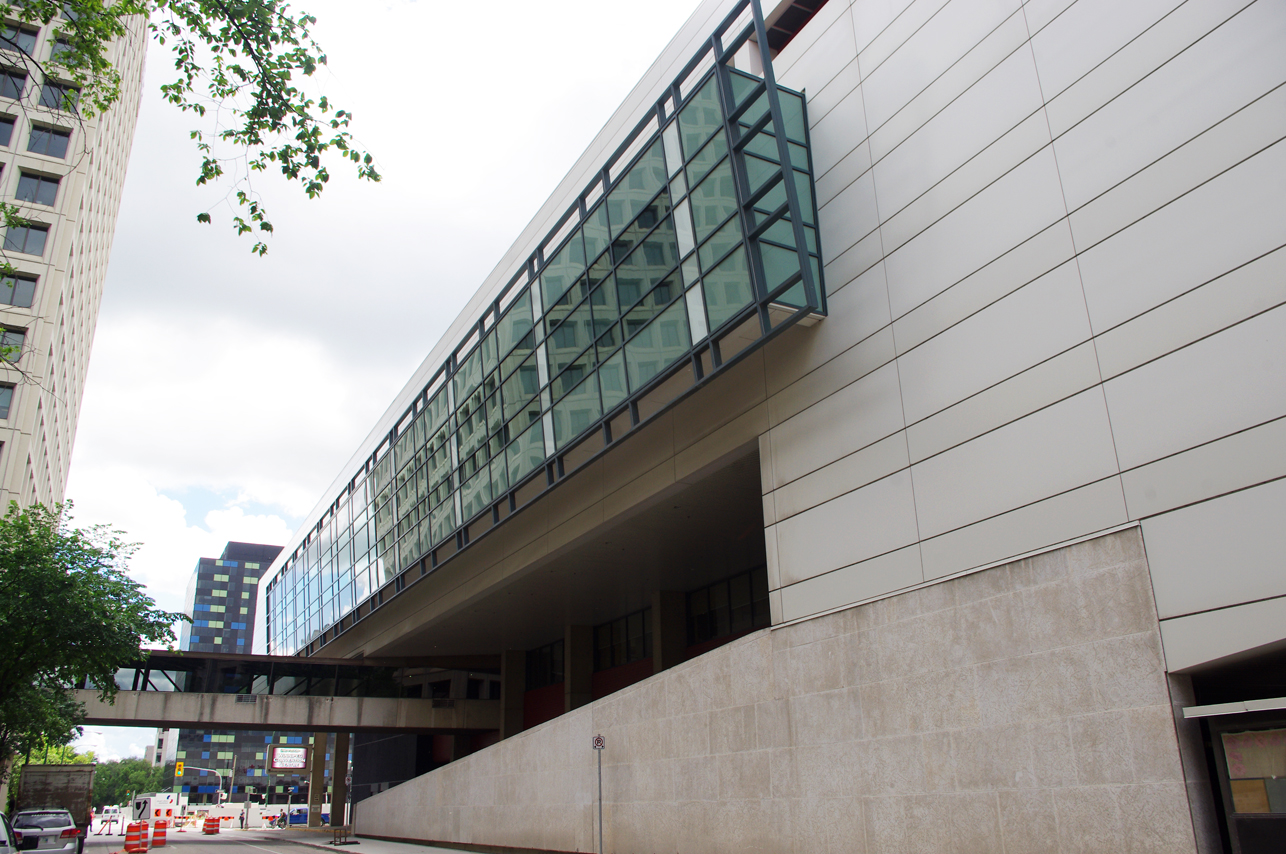 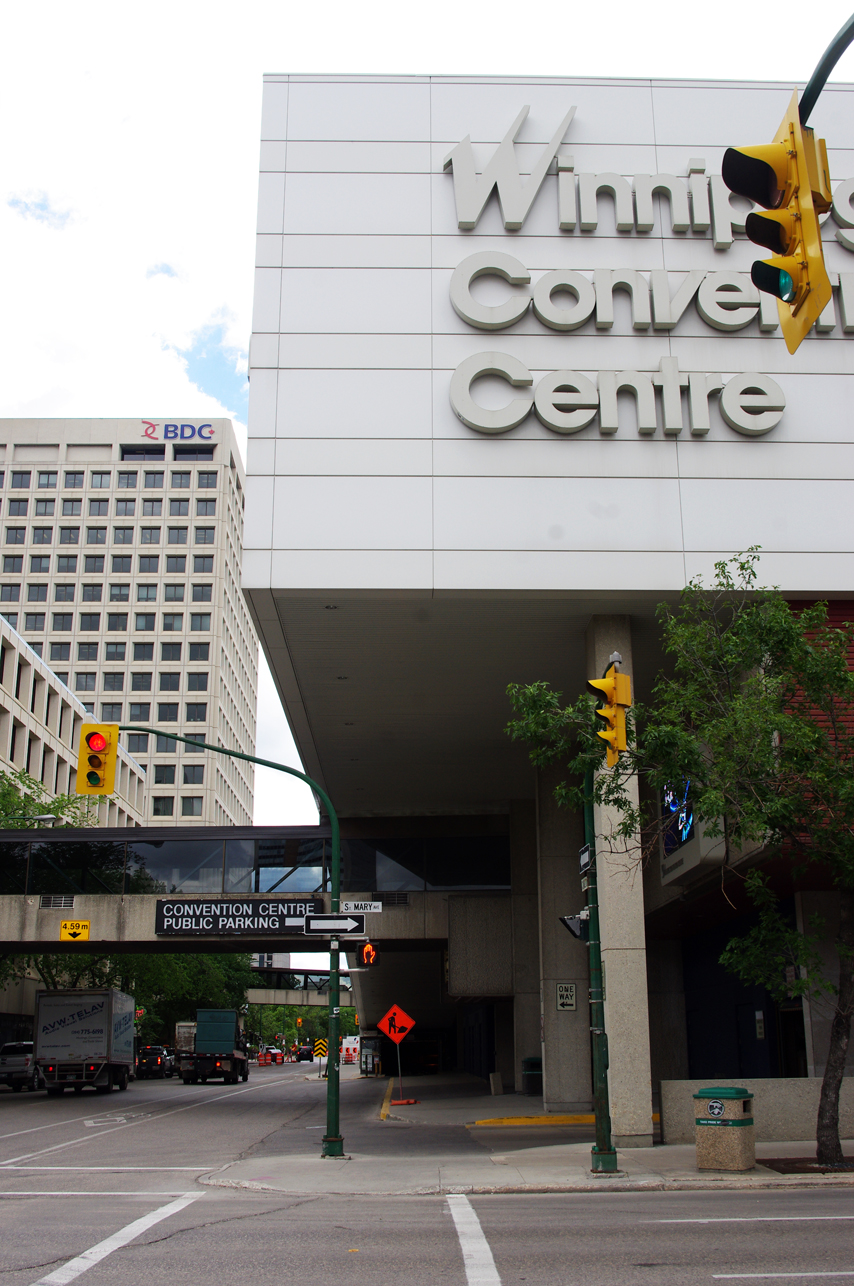 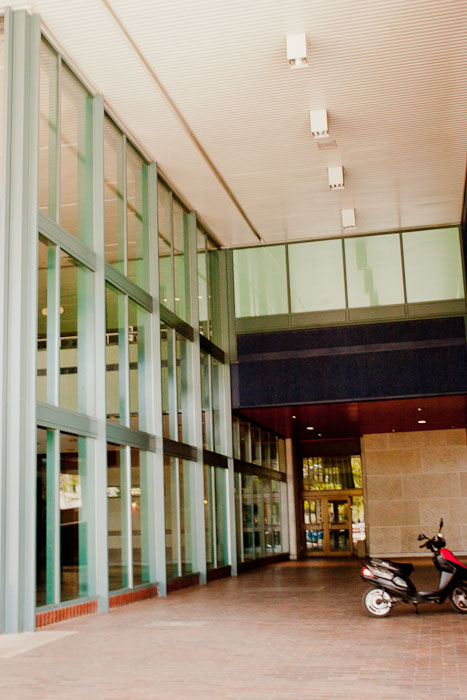 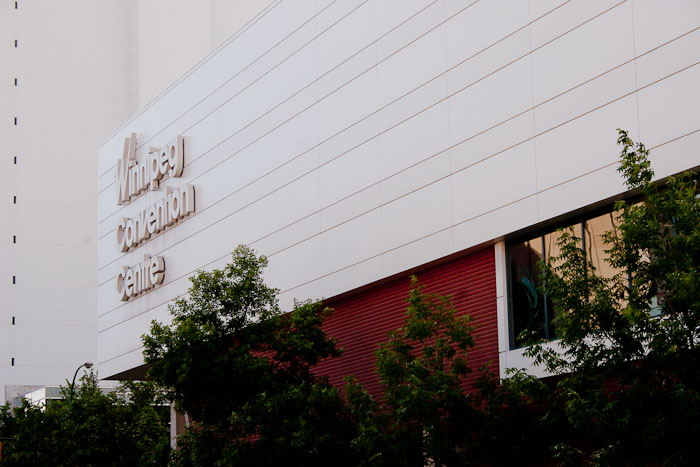 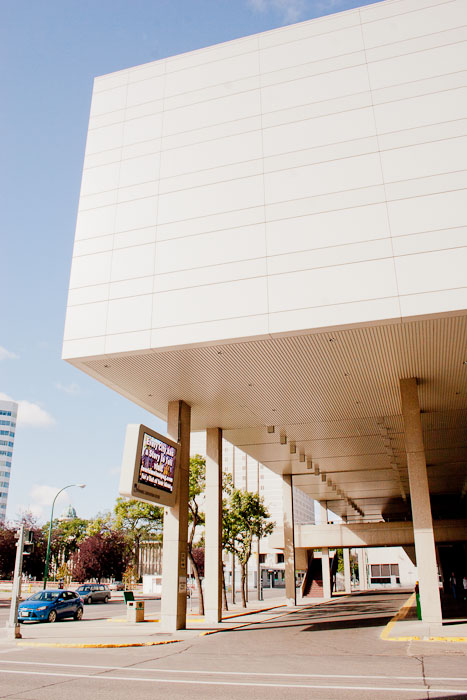 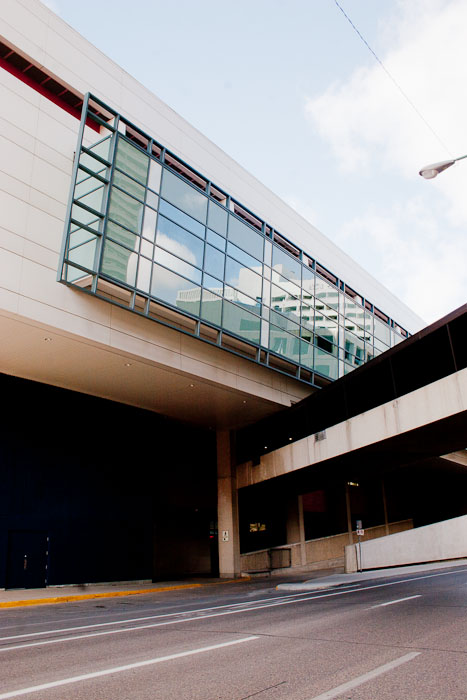 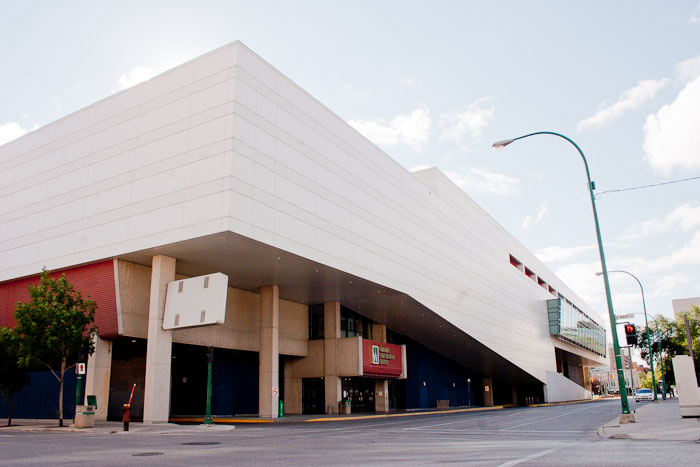 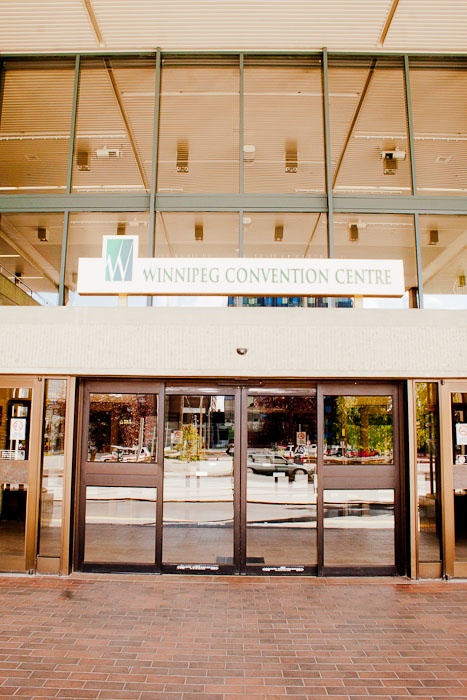 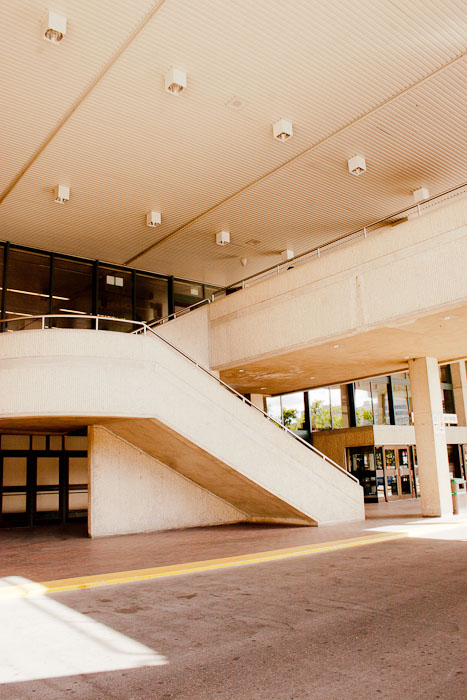 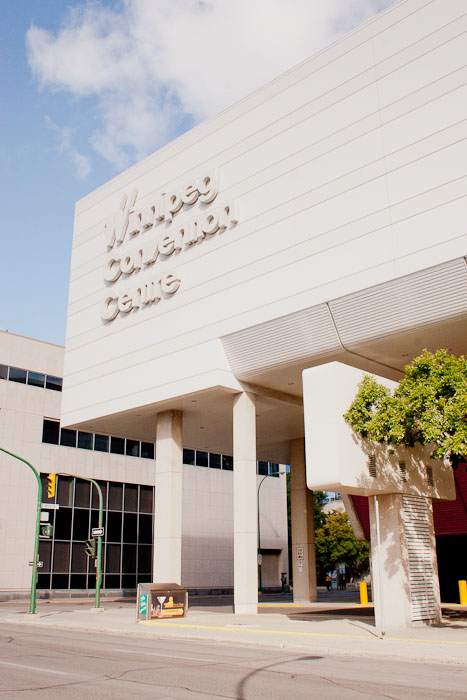 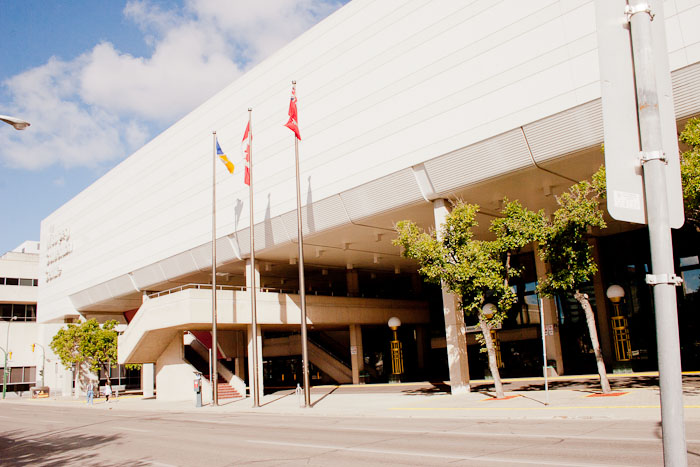 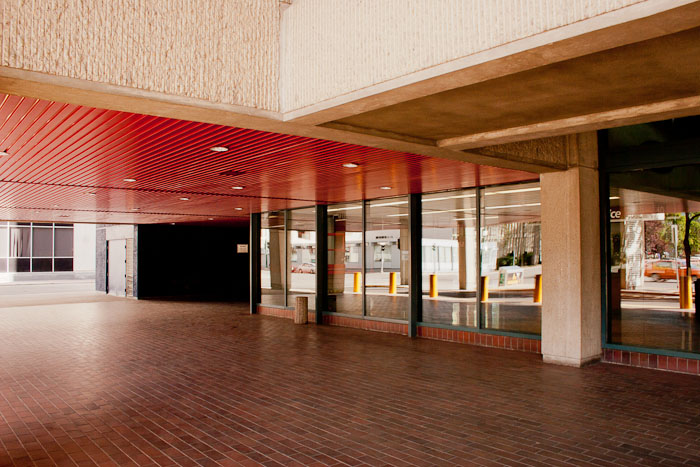 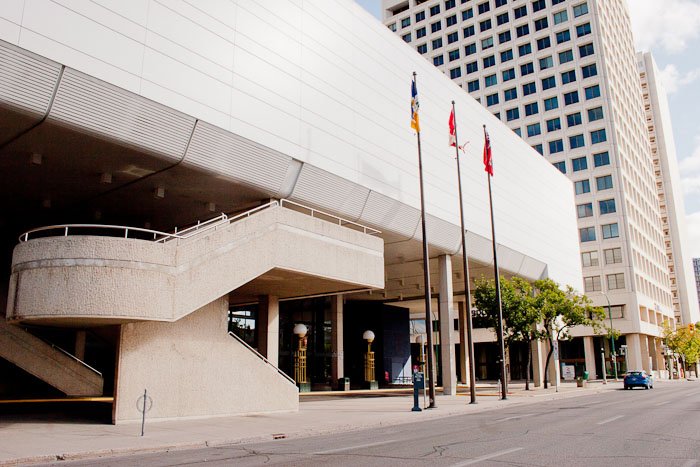 Designed by Number Ten Architectural Group and LM Architectural Group, the Winnipeg Convention Centre at 375 York Avenue was constructed between 1972 and 1974. Principal designers Isadore Coop and Gerald Libling led the design team to create a concept for the new centre. The final design presented a monolithic but visually simple square-shaped exterior, clad in Manitoba Tyndall limestone, concrete and glass. The three storey building (with two levels of below grade parking) is accessed through entrances on each elevation, but has a primary entrance on York Avenue, and an enclosed second level skywalk to the adjacent hotel. In a Winnipeg Tribune article from January 10, 1975, one of the principal designers, Isadore Coop commented that the simple exterior of the building minimized the relatively large size of the project, and aimed to be sensitive to future development in the area. Coop also commented that the most challenging architectural and engineering design problem was the placement of a large open plan exhibition area on the third floor, leaving the first two levels available for other services.

While plans for the convention centre were enveloped in a larger ‘Downtown Development Plan,' that included the nearby Lakeview Square development, all projects were intended to stimulate not only the construction industry but also the commercial viability of the downtown district. The ‘Development Plan for Downtown Winnipeg’ was originally created by the Planning Division of the Metropolitan Corporation of Greater Winnipeg and received official provincial approval in May 1970. The decision to construct a large convention centre grew out of a desire for increased economic investment in surrounding businesses; groups of potential consumers drawn into the city by large conventions provided the promise of just such an opportunity for the area.

Construction of the Winnipeg Convention Centre meant the demolition of many old residential homes and Alexandra school. The school was constructed in 1902 - 1903 by the Kelly Brothers & Co., designed by J. B. Mitchell in the Classical revival and gothic revival style at a cost of $40,000. Demolished in 1969, the school is commemorated on the site in the form of a plaque.

In 2008 the convention centre announced their own 200 million dollar expansion after years of considering an expansion. The new expansion included a hotel and new main exhibition hall. All three levels of government signed on by July 2011. The new facility was constructed across York avenue and is 400,000 + square feet which includes a new meeting and trade show space and plans to build a 250 room hotel.