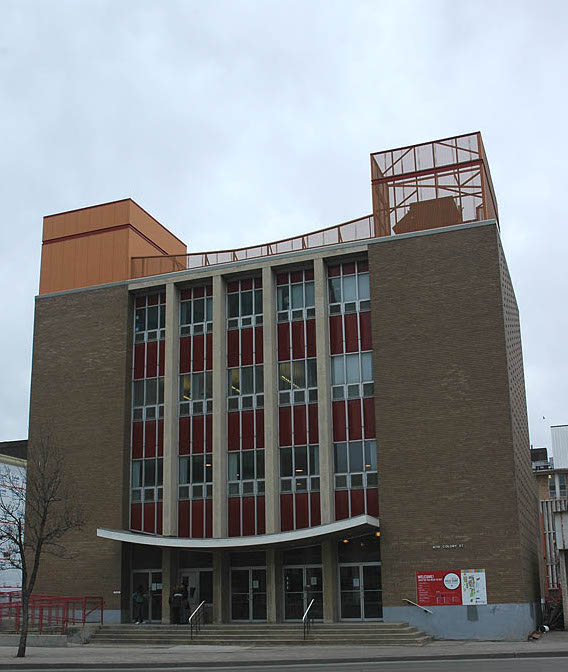 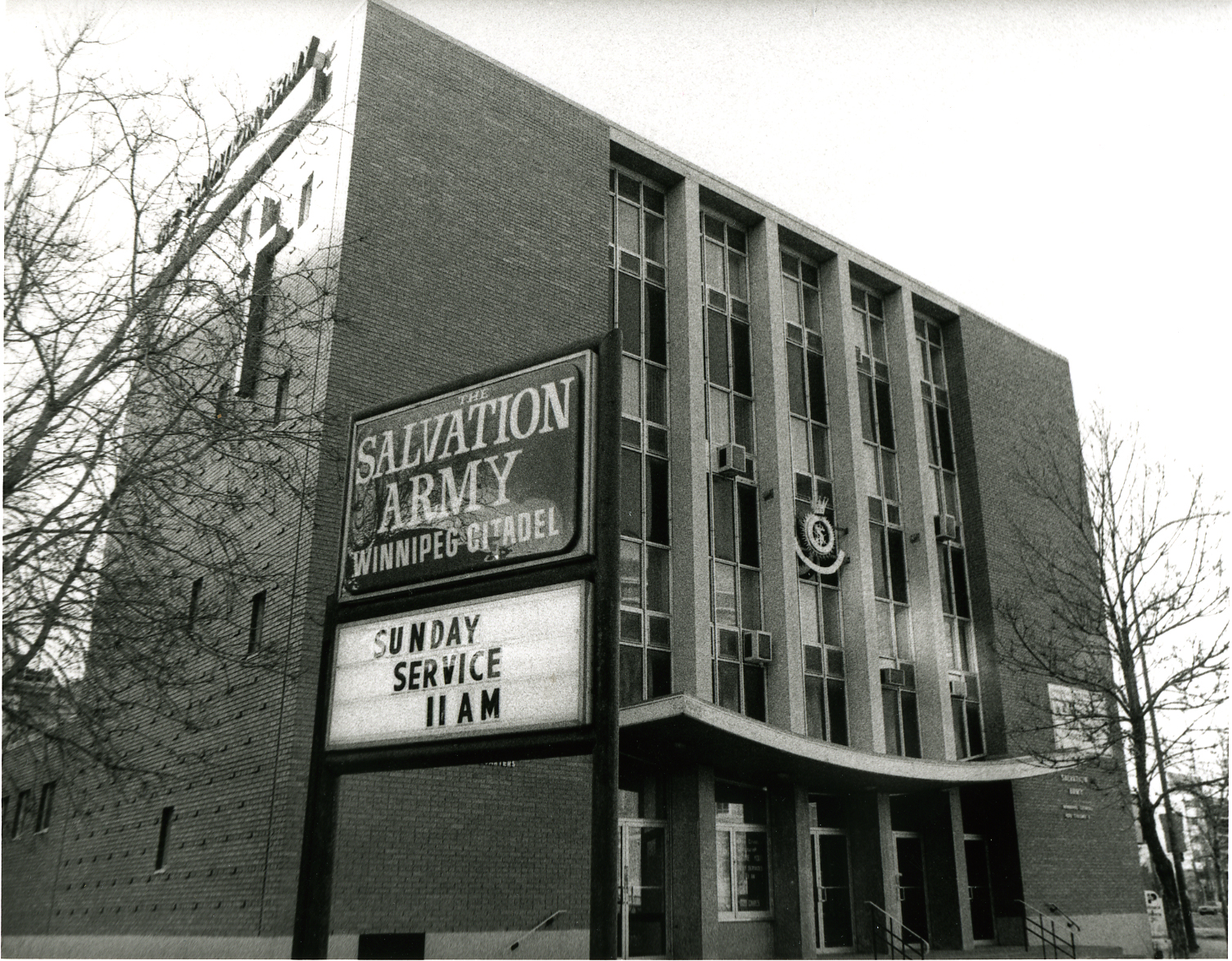 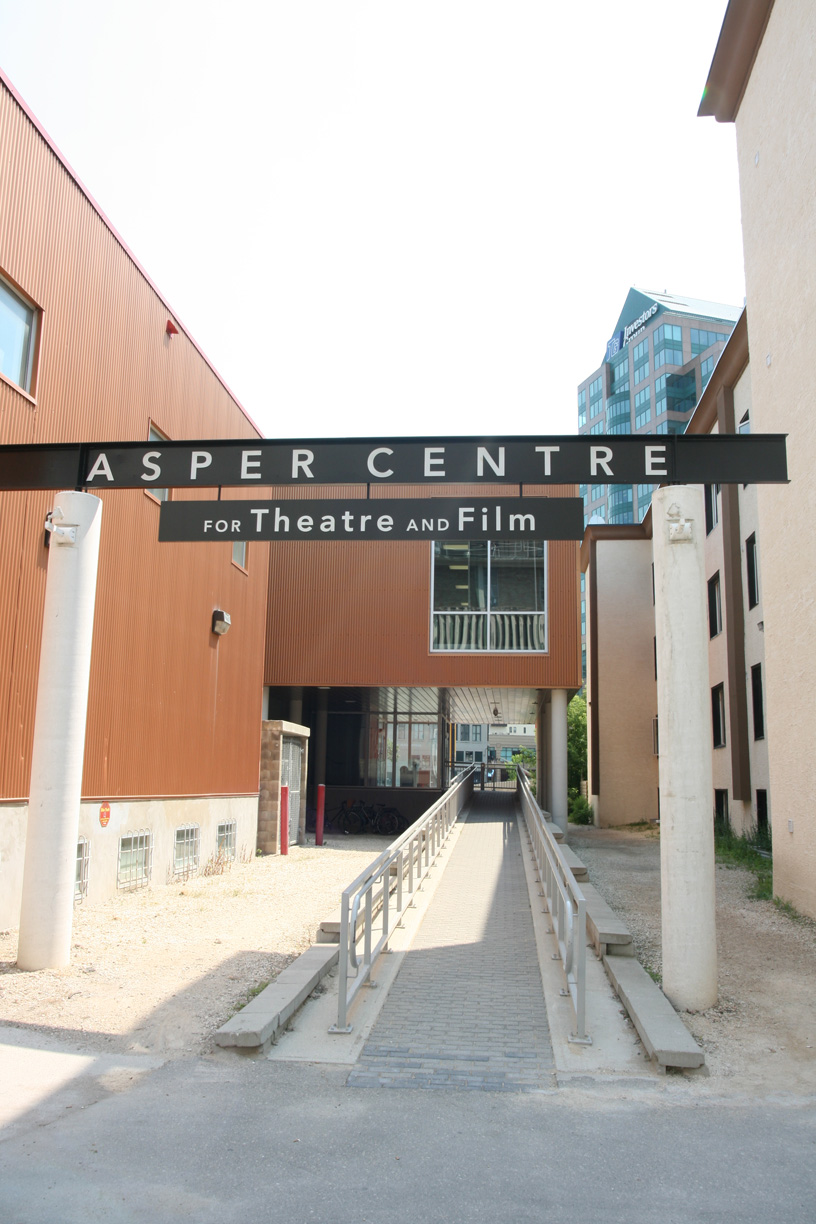 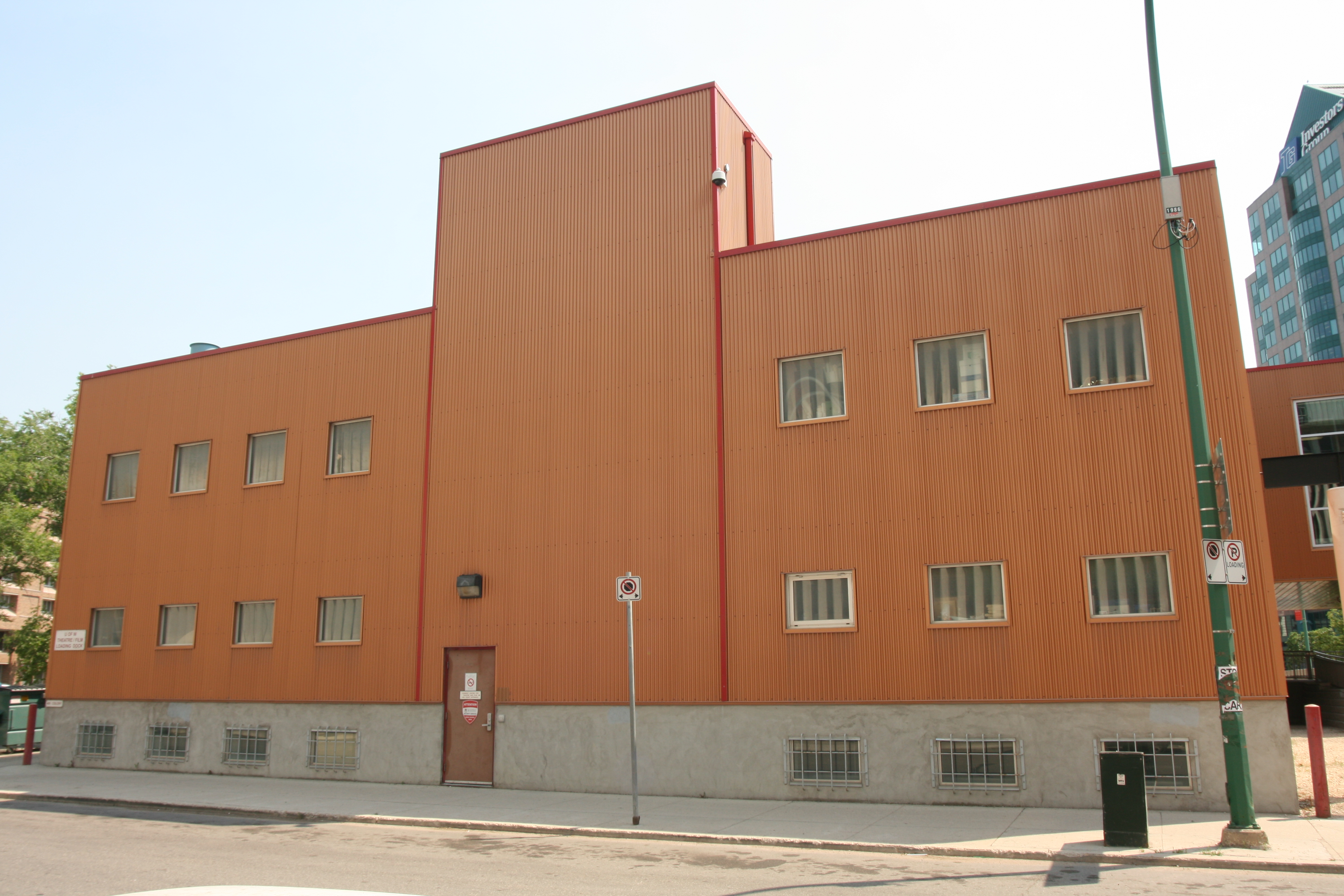 Local architect George A. Stewart designed the former Salvation Army Citadel at 400 Colony Street. Now home to the University of Winnipeg’s Theatre and Film Department, it houses a production space for students and community groups.

The Salvation Army sold the Citadel to the University of Winnipeg in 1999. The building housed shared offices for the theatre and film department before it was transformed into a theatre and film centre. While the project was delayed several times, in 2006 Canwest Global Communications Corporation generously contributed to the transformation of the building into a state-of-the-art film production and theatre space. The building was completely renovated, including a large three level addition, designed by local firm Smith Carter Partners. The entrance has been changed to face the university on Balmoral Street, tying the complex to the larger campus. The new complex opened on March 3, 2009 and was renamed the Canwest Centre for Theatre and Film.