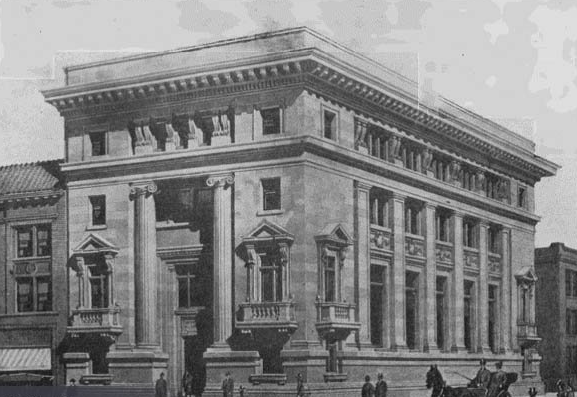 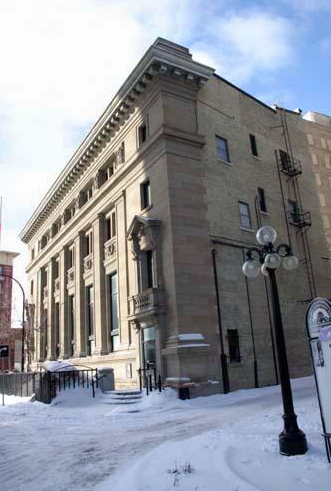 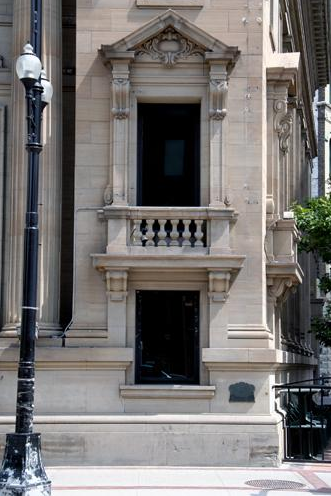 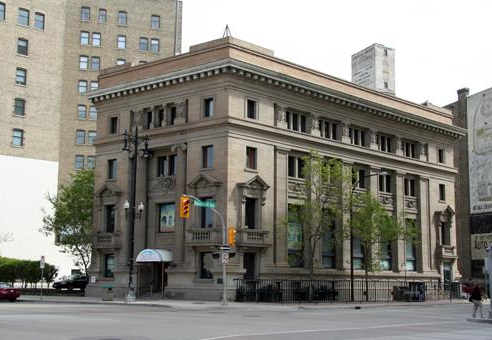 The Imperial Bank of Canada is one of a handful of Winnipeg banks left to recall the city's significant place in the financing of Western Canada's early development. The structure is located on Bankers' Row, a section of Main Street that in its heyday featured more than a dozen sumptuous bank buildings and many other premises filled with insurance, mortgage and trust companies. These institutions together provided the financial backing that ensured the city's rapid rise as a regional economic powerhouse in the early 1900s. The eight historic bank buildings that remain still constitute an impressive concentration of wealth and architectural ambition, usually carried out in a heavily articulated classical vocabulary. The Imperial Bank is an exceptional version of the Classical Revival style, designed by noted Toronto-based architects Darling and Pearson. It also is a symbolic landmark in the Exchange District, a national historic site of Canada, situated on Main Street at the head of a line of early warehouses that stretch to its east on Bannatyne Avenue, making a strong connection between the bank and the source of much of its wealth.