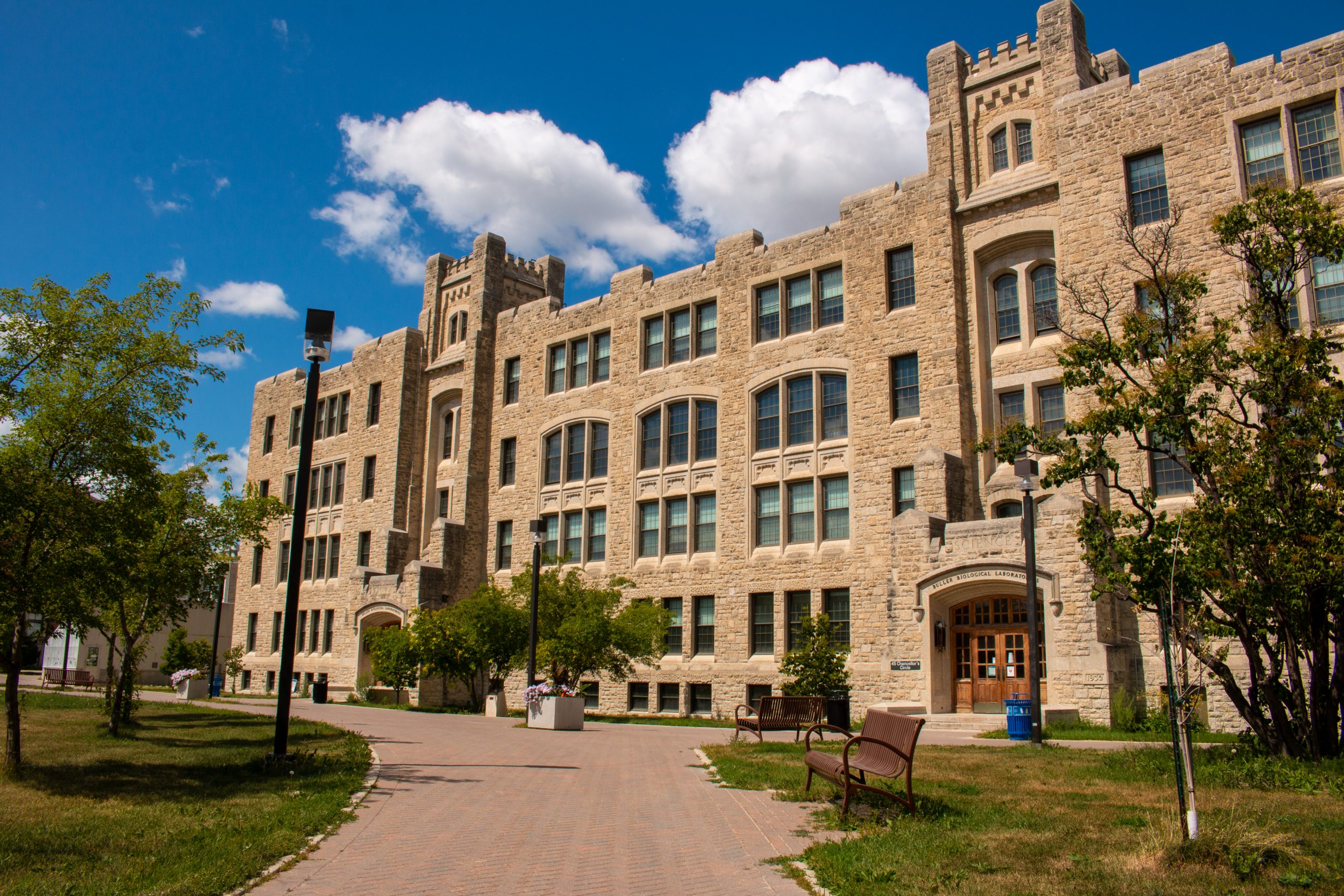 The structure’s design has elements of the Collegiate Gothic style, similar to the Arts Building (173 Dafoe Road) which was also designed by Stoughton and Parfitt. The interior featured fine marble, wood, and metal detailing.

The cornerstone laying ceremony was performed by Dr. A. B. Baird in Spring 1932.

The building was later renamed the Buller Building to commemorate botanist A. H. Reginald Buller.