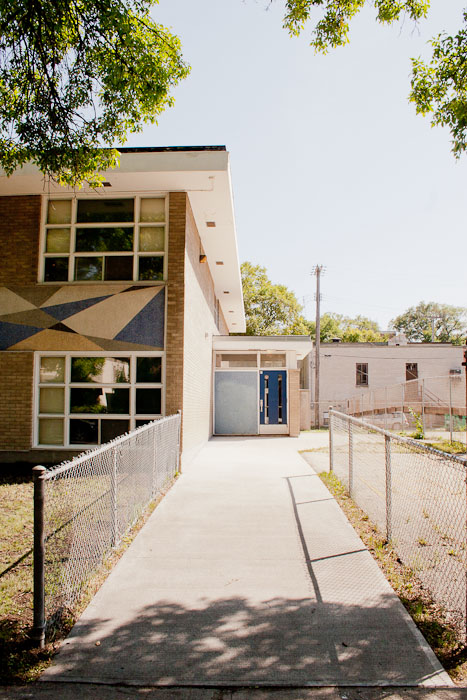 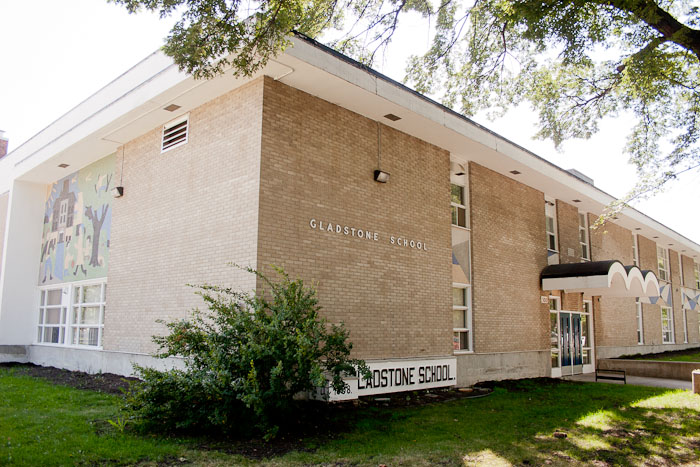 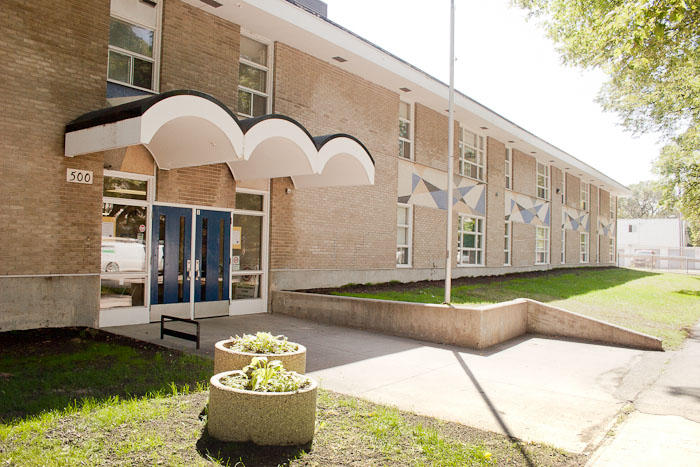 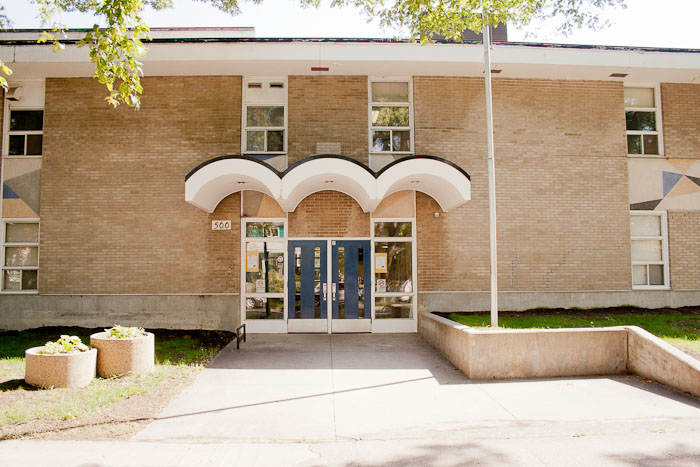 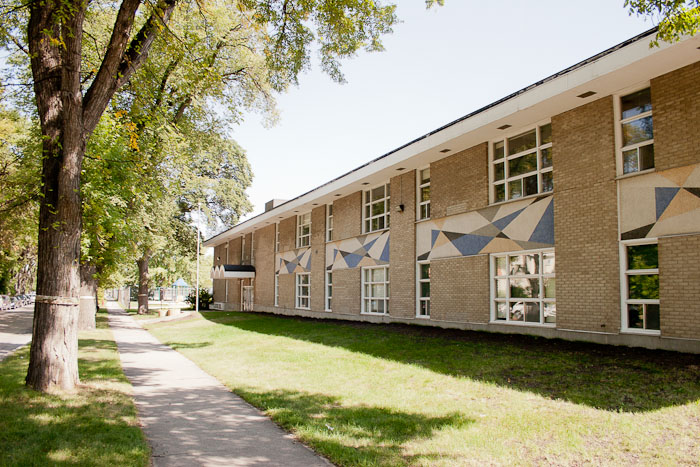 Gladstone School, originally named Pembina School, began as a two-room schoolhouse in 1892, located along Osborne Street and Corydon Avenue. The original structure was short-lived, as it burned to the ground in 1898. By the end of the year, a new and improved schoolhouse was constructed with twelve rooms. The school’s name was changed to Gladstone. A portrait of the school’s namesake, British Prime Minister William Gladstone, hung in the main hall.

By the 1960s, the once rural Fort Rouge area had developed into an urban hub and plans for a new expressway connecting Corydon and Osborne forced the Gladstone School to relocate here to Gertrude Avenue.

Designed by in-house architects from the Winnipeg School Division, the new school opened in 1962, boasting fifteen rooms, administrative offices, and a gymnasium. Its footprint is a simple rectangle with a two-storey superstructure in concrete and steel along a double-loaded corridor. It is the wall finishing that sets this design apart. The walls behind are grey brick and the windows in each bay are patterned with large and small vertical multi-paned openings with white trim; the gym wing and end walls are plain brick. Sheltered beneath its wide white overhang, in the horizontal space between the first and second floors of the classroom bays, is a series of four identical mosaic murals. The tiles form a geometric pattern in a lively pallet of blue, white, yellow and black. There is also a mural on the north side wall that lets onto the playground and a City wading pool

The entrance bay is offset left on the facade and features a wonderfully wavy roof canopy; there is a separate entrance vestibule on the north side. The overall effect of the details makes for a cheerful but not cloying appearance .

The school still operates today and is unique in Winnipeg for its stylish and artistic modern design and remarkable integrity to its period.