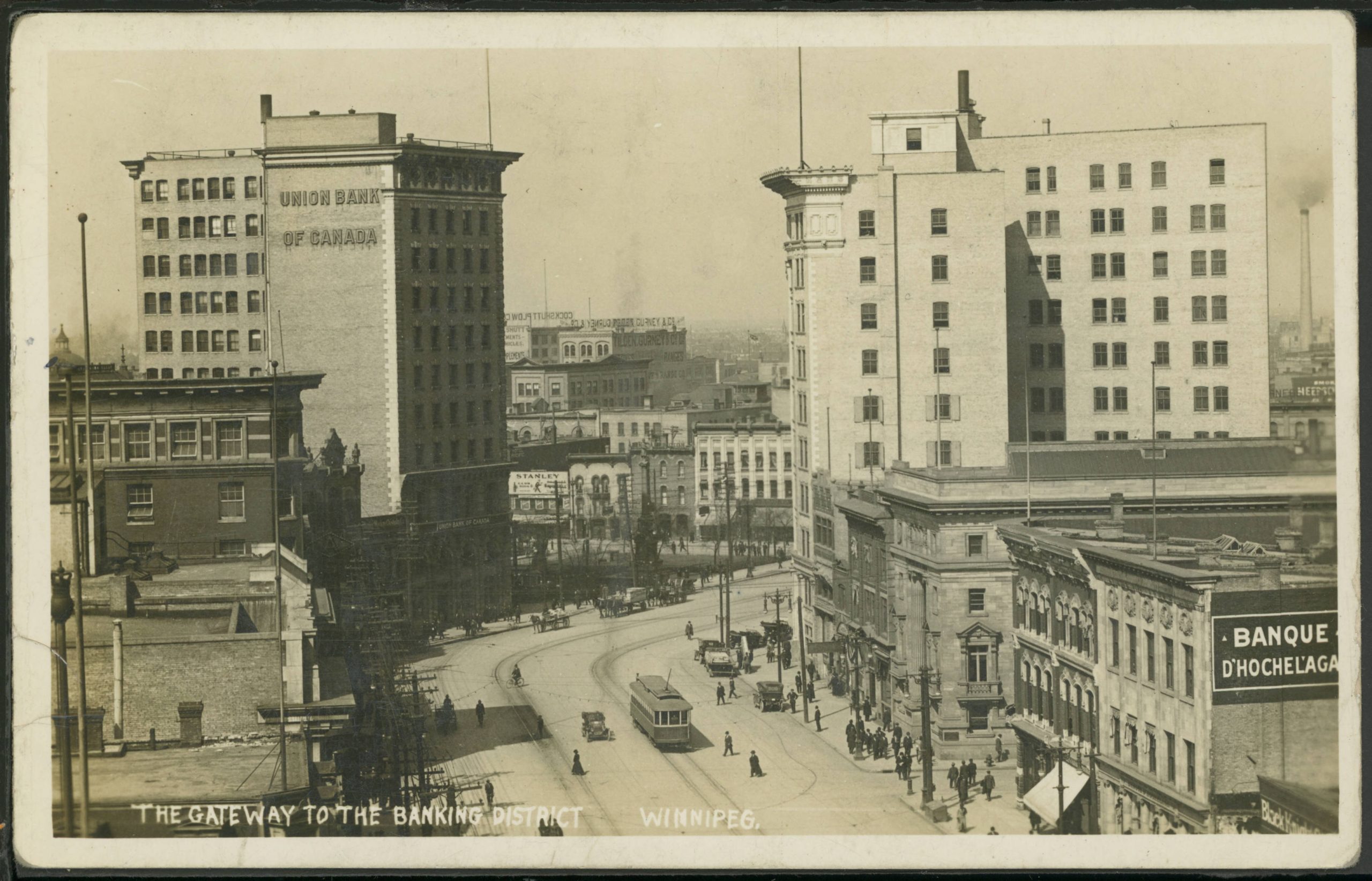 The original Union Bank sign on the tower’s south wall was painted over in 1925 when the Royal Bank of Canada merged with Union Bank to become one of Canada’s leading financial institutions. They operated out of that location until the 1990s, when the building was sold. It remained vacant for many years. In 2013, the building was rehabilitated to become Red River College’s Paterson GlobalFoods Institute, with student residences, a culinary school and a restaurant on the main floor.

This is one of Western Canada’s oldest steel-framed skyscrapers. It was designed by Canada’s foremost bank architects of the time, the Toronto-based Darling and Pearson. This was a firm known for skillfully combining modern construction with historical styles. The terra cotta on this structure imitates a smooth grey stone and reflects a restrained Renaissance Revival style. It clads the lower two floors and is the material used for the heavy decorative elements around the windows (sills and voussoirs), the building’s corners (quoins) and the attic storey with its porthole windows. Ironically, the ornate cornice is made of galvanised steel that was moulded and painted to resemble stone or terra cotta.

Because of the heritage protections in place in the Exchange District, the Union Bank and Royal Bank ghost sign still exists today, albeit covered up with a removable sign instead of paint.