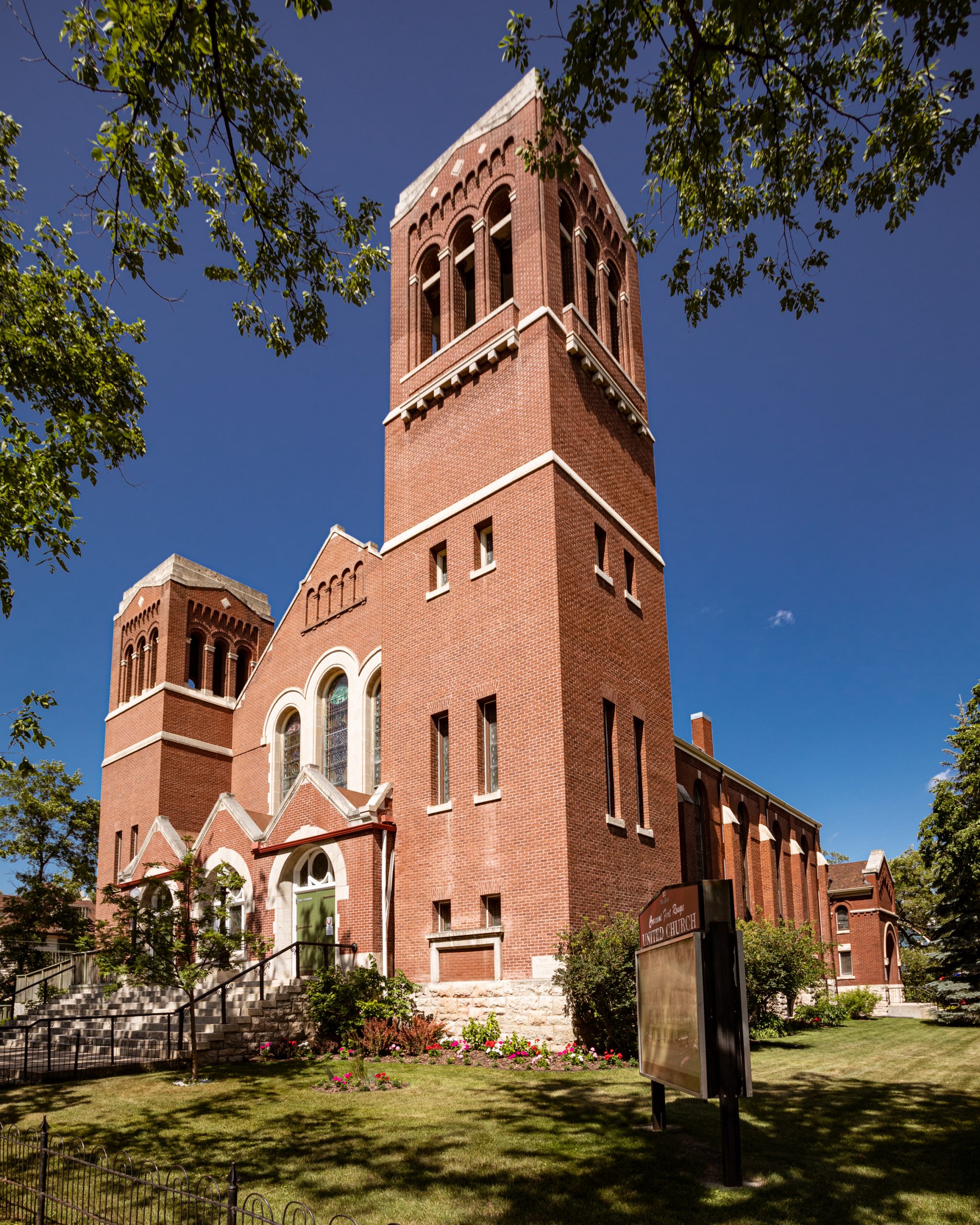 As the population in Fort Rouge grew in the late nineteenth century, the Methodist church joined the other Christian churches in a rush to develop a place of worship in the bustling suburb. The Fort Rouge Methodist congregation was formed in 1883, though the present church was not built until 1910.

Architect J.H.G. Russell designed the new red brick Methodist church in the Gothic Revival style, which was a popular style at the time. Two large square towers frame the main entrance of the church, the southern tower built taller than the northern one. Both towers feature stone accenting, round arched openings, corbelled brick, stone belt courses and other ornamentation and both are topped with stone. The main doors, and the stained-glass window that separates them, are capped by pointed arches made of Tyndall stone. Stone-capped embellishments project up above the entrance, visually separating the entrance from the building behind.

Most prominent on the facade are the set of three stained-glass windows. Winnipeg Paint and Glass Co. was responsible for the design and execution of all the windows in Crescent Fort Rouge United. Brick detailing resembling window openings (blind windows) are near the peak of the roof. The elaborate brickwork continues across the two towers with its sets of arched openings and brick corbelling near the tower tops.

The interior, finished in wood, includes a horseshoe-shaped balcony in the sanctuary and a Casavant organ.