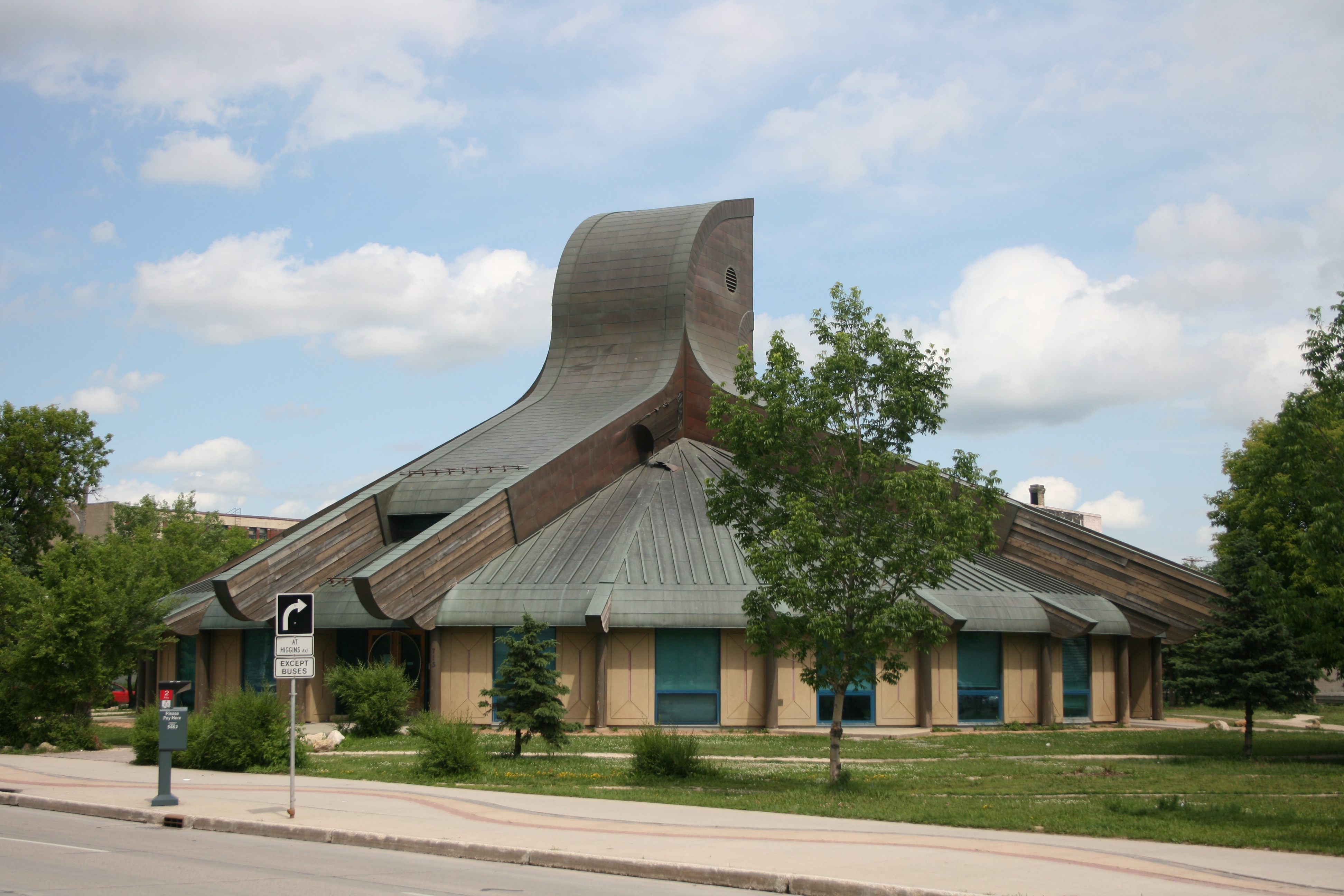 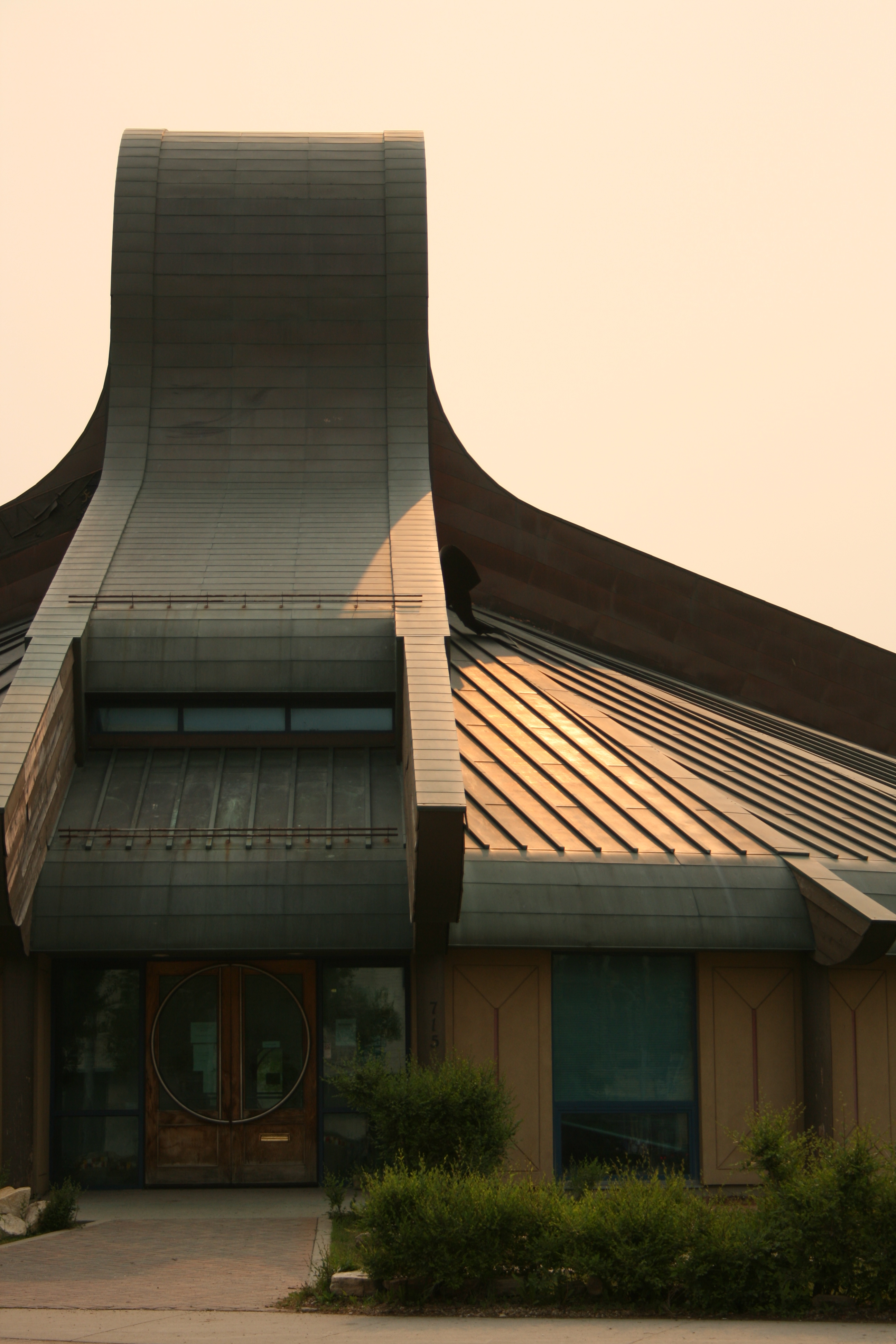 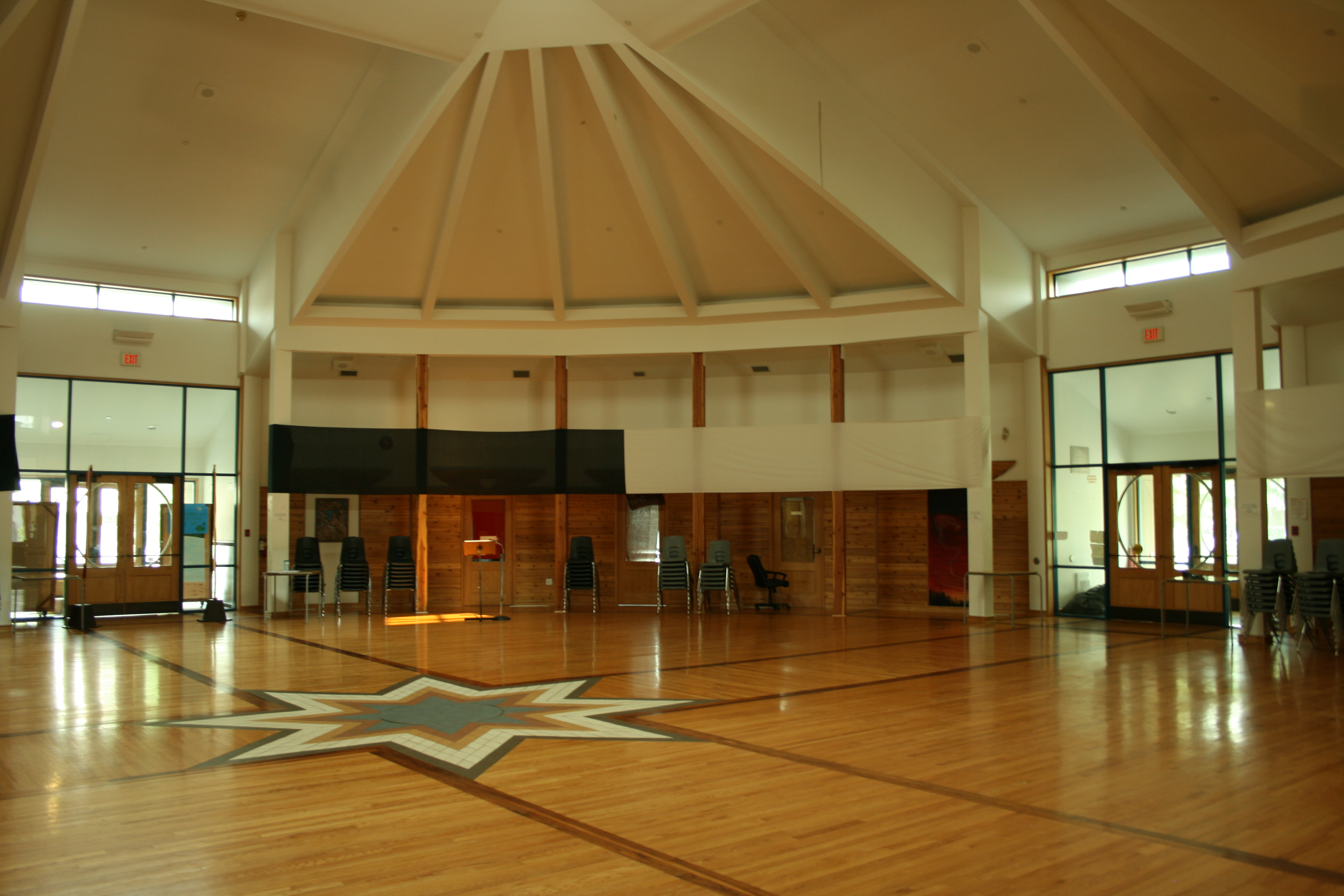 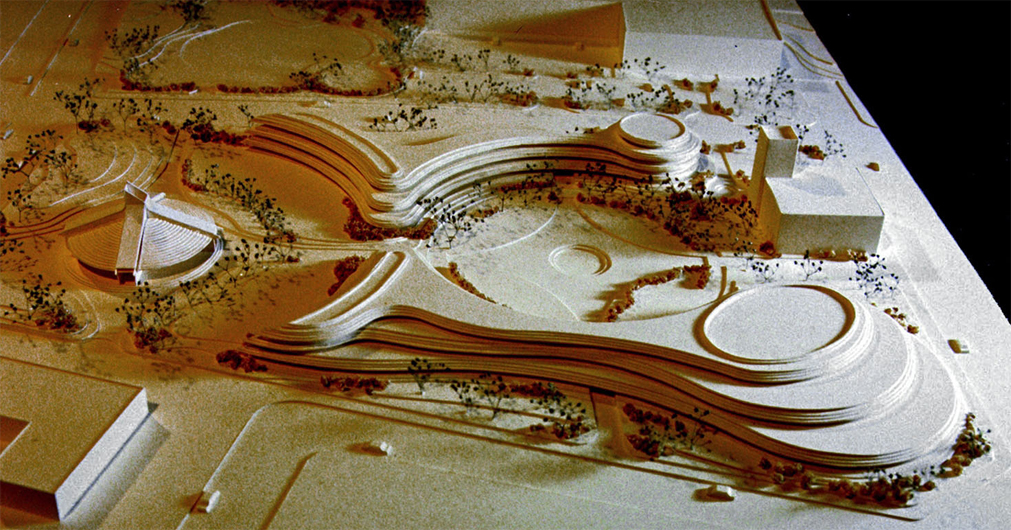 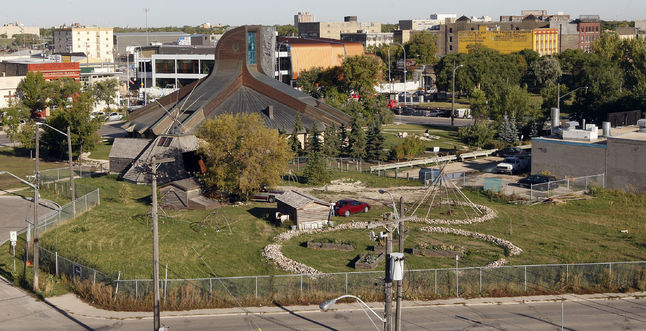 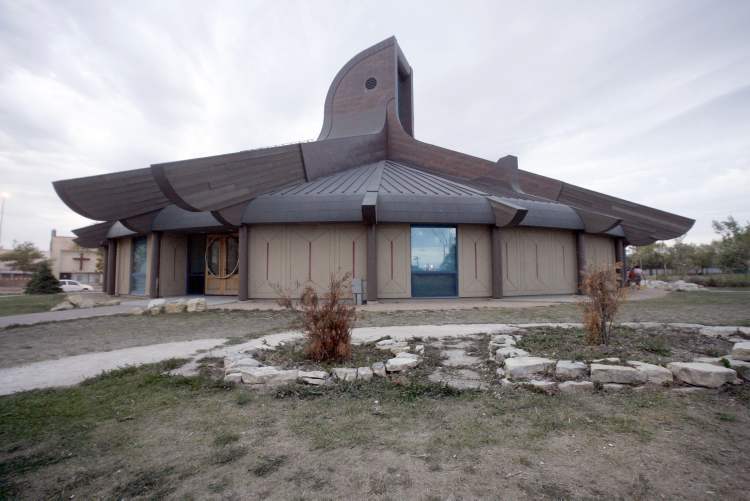 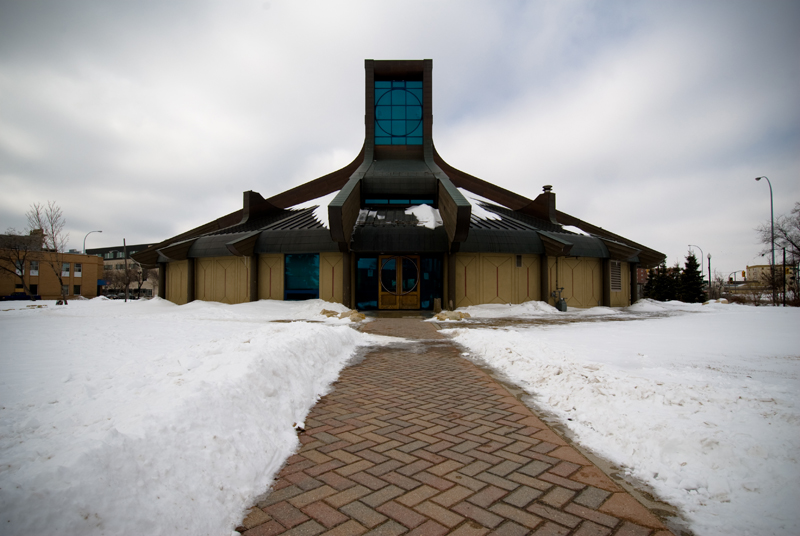 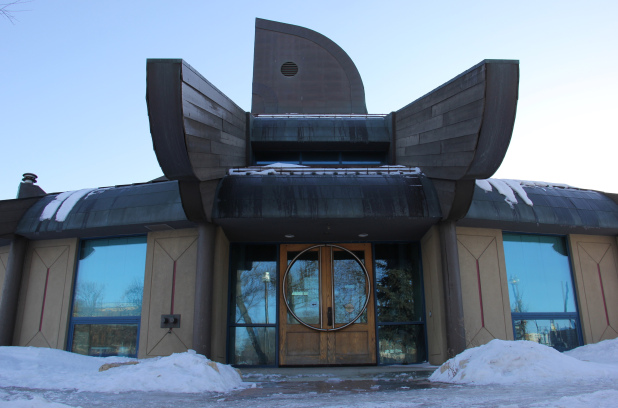 Thunderbird House is a relatively recent addition to Main Street, It is noted for its exposed timber structure and a roof designed to suggest a great copper eagle sheltering the building with its outspread wings. It features four entrances, aligned with the four cardinal points, and representing the four races of humankind.

Constructed as the spiritual anchor to the Neeginan project, Thunderbird House opened on the vernal equinox in March 2000. It houses cultural programmes for the First Nations community,providing counseling, healing, workshops, and celebrations. Prior to the construction of Thunderbird House, the site contained a number of one and two-storey buildings, which provided outreach programmes and low cost housing in former hotels.

Renowned architect Douglas Cardinal, whose organic architecture is typically evocative of the natural environments in which they are situated, designed Thunderbird House. This work is uncharacteristically restrained, seeming to respond neither to the strong urban language of Main Street, nor to the prairie from which Winnipeg was born. A graduate of the Universities of British Columbia and Texas at Austin, Cardinal has built a solid reputation for designing noteworthy public institutions such as the Canadian Museum of Civilisation in Gatineau Quebec (1989), National Museum of the American Indian in Washington and many schools and public buildings.