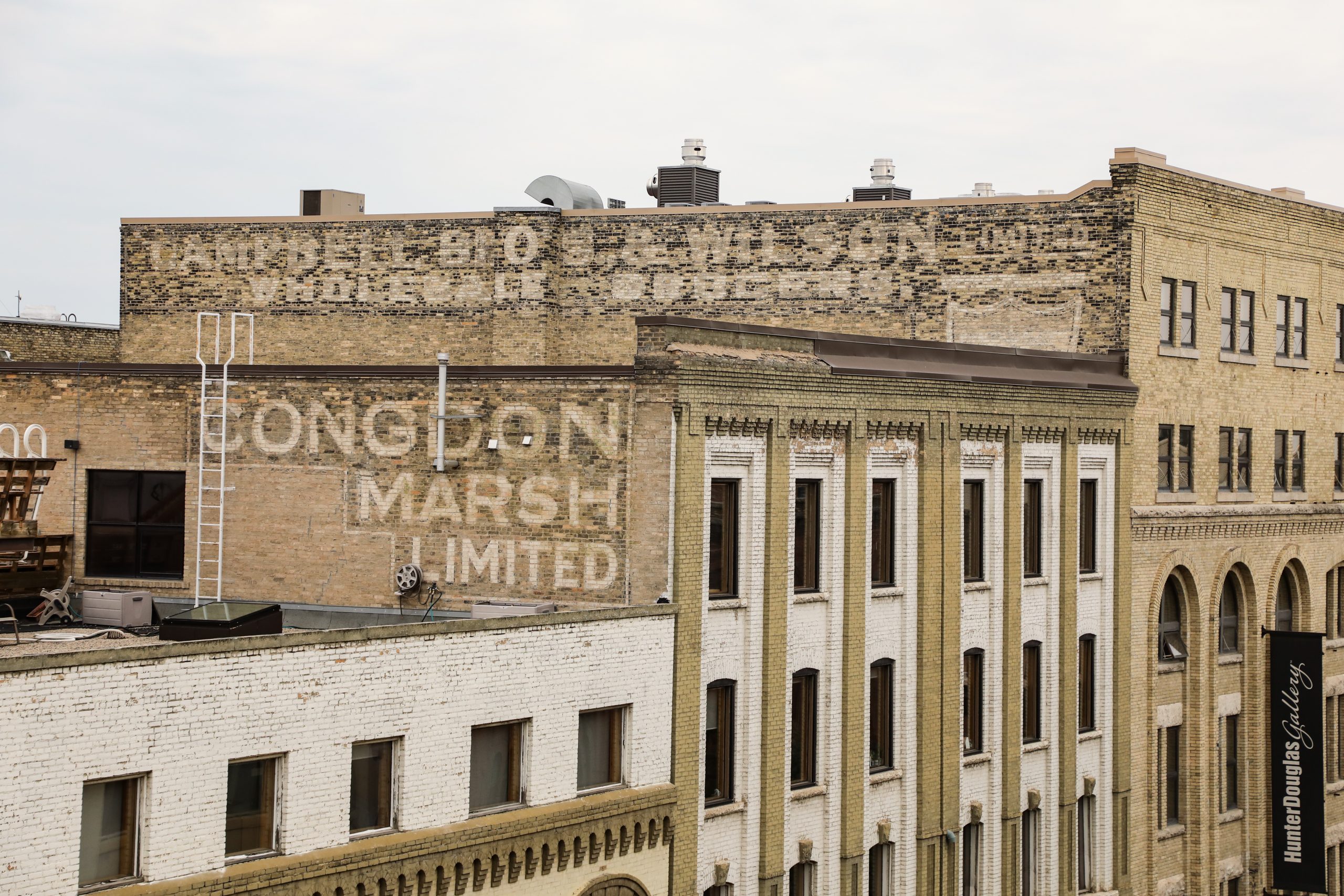 78 and 86 Princess Street comprise a fine Romanesque Revival complex at an important intersection on the western edge of Winnipeg's Exchange District. Its components, two buildings of similar design and construction that also are among the area's oldest warehouses, form a critical link that maintains the historic continuity of two major streetscapes. The structures' compatible yet distinctive designs are the work of a single architect, George Browne, and their final appearance suggests developments typical of the late 1800s: the Mackenzie and Powis Warehouse at number 78, and the lower section of the Miller, Morse Warehouse at number 86, both feature highly animated facade treatments. Their top-most storeys are later additions required by growing demands for space, and are carried out in a more restrained design.

Congdon Marsh was formed in 1914 when shoe and boot vendor William Marsh partnered with wholesale shoe merchant Arthur Congdon. Before the merger, the William A. Marsh Company owned the north half of the 86 Princess Street building. Six years after their partnership, the company was one of the largest of its type in the city, owned both halves of the building and had constructed an additional two storeys. The company remained at that location until 1974, when the building was purchased and the company ceased operations.

Behind the Congdon Marsh ghost sign is another ad for grocery wholesaler Campbell Brother & Wilson. Founded in 1885, they specialized in distributing coffee, spices and tobacco to retail stores. Both signs end up making an advertising staircase and there’s a surprising number or signs in the area that do this. When a new building was constructed at that time, it was usually taller than the neighbouring property, ensuring their painted ad could be displayed on their building without obstruction.