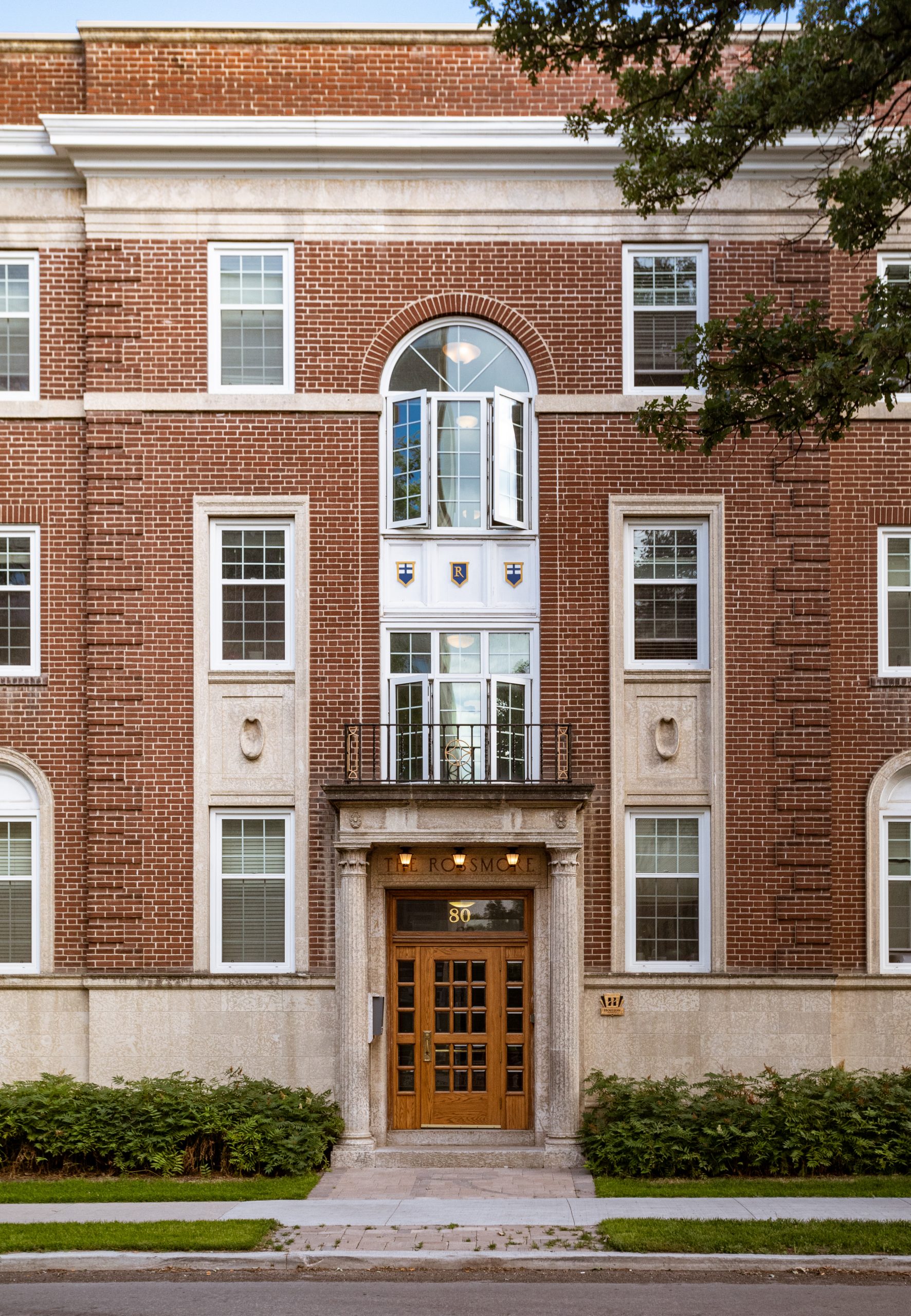 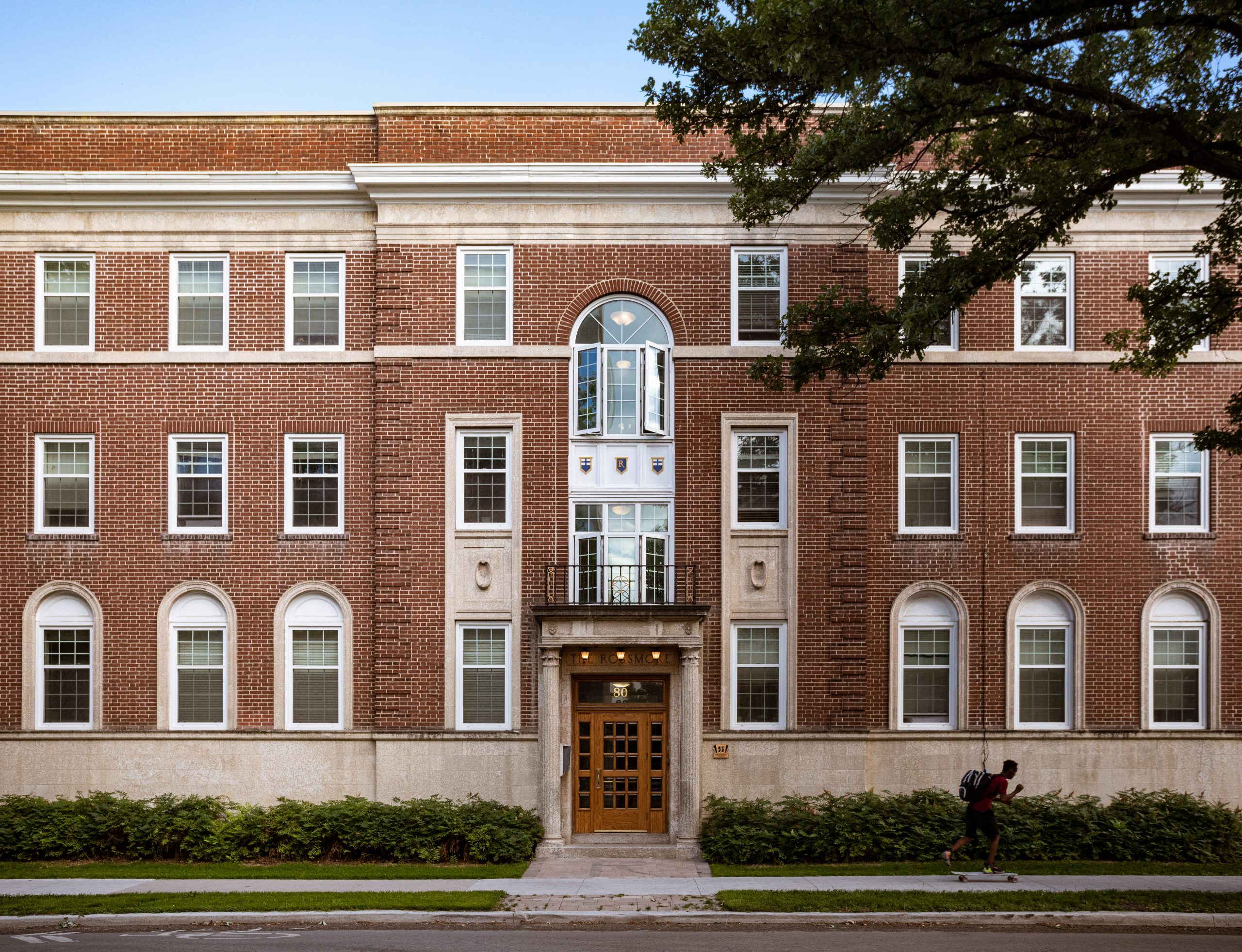 This Georgian style apartment complex, built at the end of the 1920s near the onset of the Great Depression, is an excellent example of changing housing styles in the Fort Rouge neighbourhood following the First World War.

Once, in the early 1900s, this property was home to a grand single-family estate that was built and owned by business tycoons and insurance agents, but by the 1920s interest in this type of dwelling had dwindled.

In came developer J. Albert Tremblay, who purchased the home for $40,000 and spent $100,000 redeveloping and converting the building into an eight-suite apartment block. He hired architects Edward Parkinson and James Halley. Rossmore Apartments has many of the distinguishing features of the Georgian Revival style, including classical elements and detailing such as pediments, cornice-like eaves, Palladian windows, columns and porticos. Built of red brick with rusticated limestone trim, the central stone doorway is bracketed by stone pillars with Corinthian capitals. The building’s name, ROSSMORE, is carved into the stone above the entranceway. Sitting above the door is a two-storey arched window with an iron railing.

Stone-framed arched windows line the first floor while on the second and third floors the windows are brick-framed and rectangular. A metal cornice runs along the roof of the building.

A secret lies in the back of the Rossmore Apartments: the original house, built in 1905 and expanded steadily until Tremblay took over. In the rear parking lot, two bay windows project from the facade, and upper floor windows appear in sets of two. Still, a similar aesthetic and the use of red brick and limestone unify the design across the building.