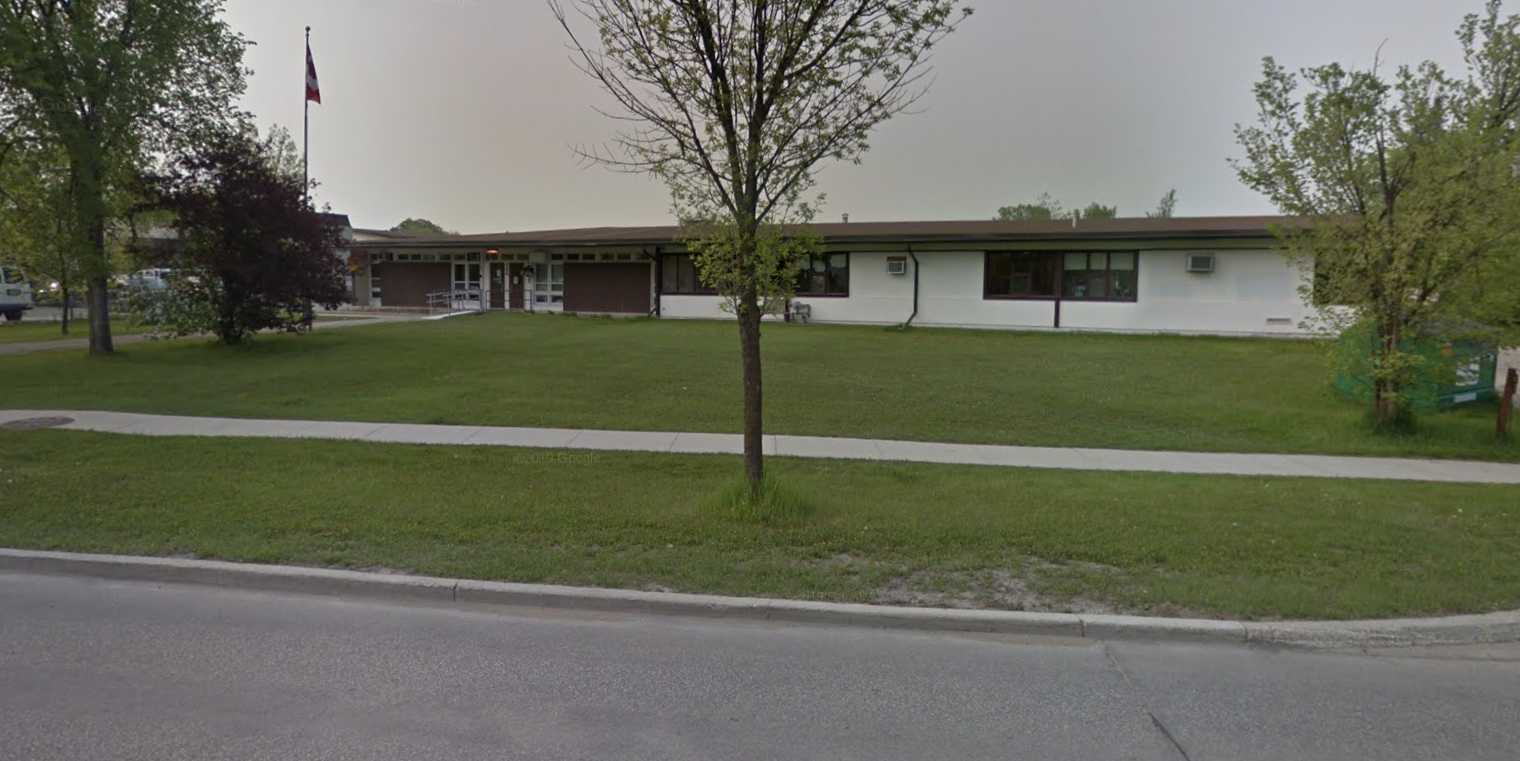 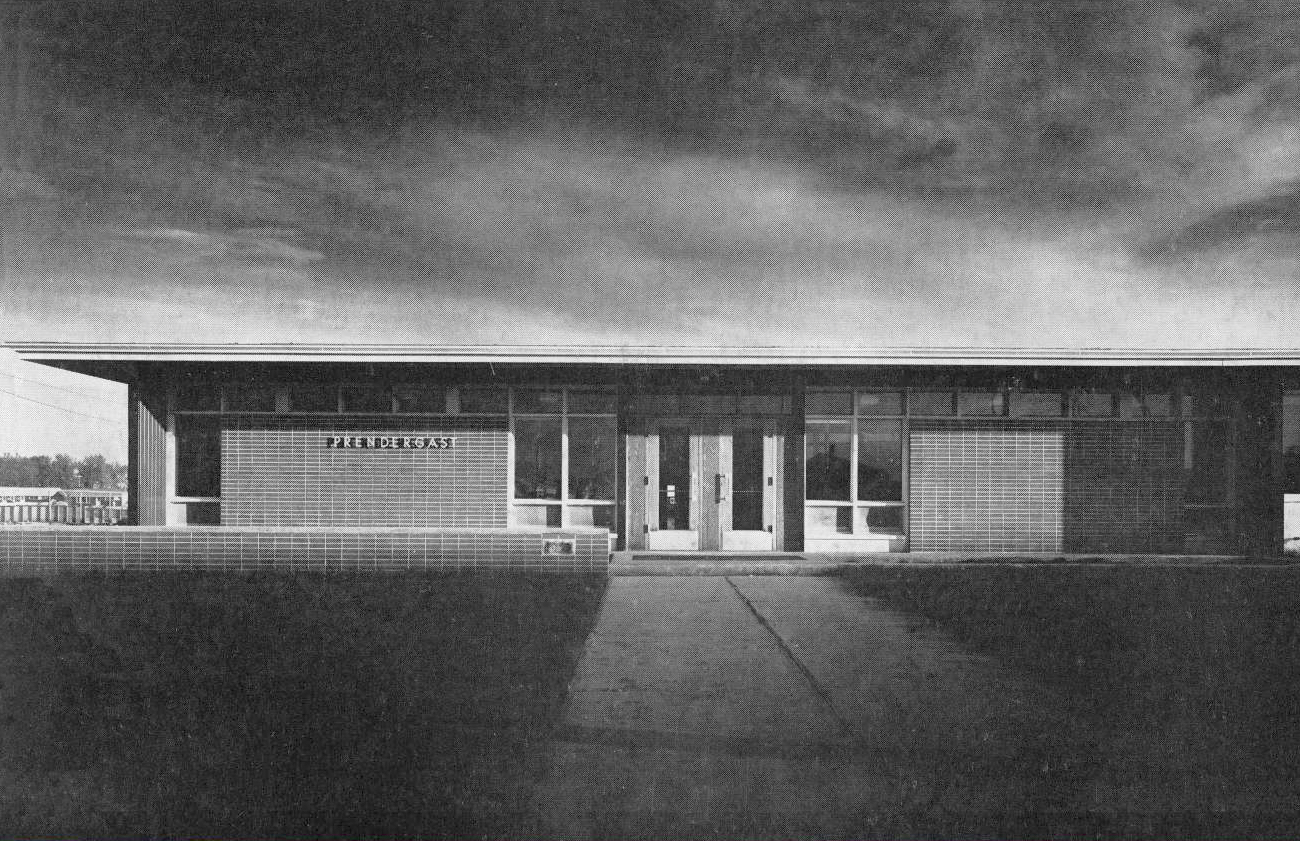 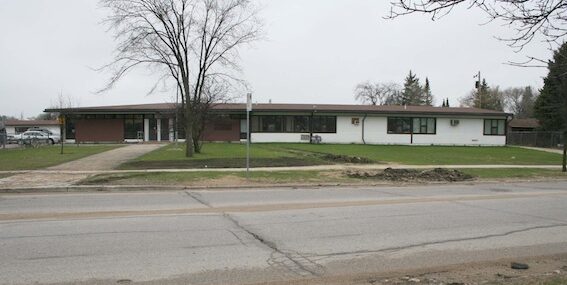 The original design and a 1963 addition, were developed by Green Blankstein Russell, with Jack Donner serving as architect. An earlier addition was built in 1959 by an unspecified firm. The many additions speak to the explosive growth in the neighbourhood in the late 1950s and 1960s. The first of these additions was approved in 1959, only a year after the school opened, as part of $360,000 in joint funding for Prendergast and near-by Frontenac School. The school’s claim to fame was being featured on the cover of the Royal Architectural Institute of Canada’s journal in October of 1959.

906 Cottonwood Road is a modest single-storey building arranged in two irregular sections, which join at right angles. A parking area is sheltered within this angle and a large yard is set to the side and rear. The earliest section is the north wing; a low frame structure in stucco and brick featuring a roof with a shallow overhang and broad eaves. The entrance features a stylized window grouping and dark brown brick walls; simple sash windows are grouped in ones, twos or threes along the classroom areas. A second window grouping extends perpendicular along the south side, in a single corridor plan that has kept most of its original details; it terminates on the east end with an auditorium. All sections of the complex are unusual in having a low gabled roof, with raftered eaves in some parts.

Though closed briefly, the building has since been repurposed as a large daycare and seniors’ centre, with its auditorium/gym available for public rental.