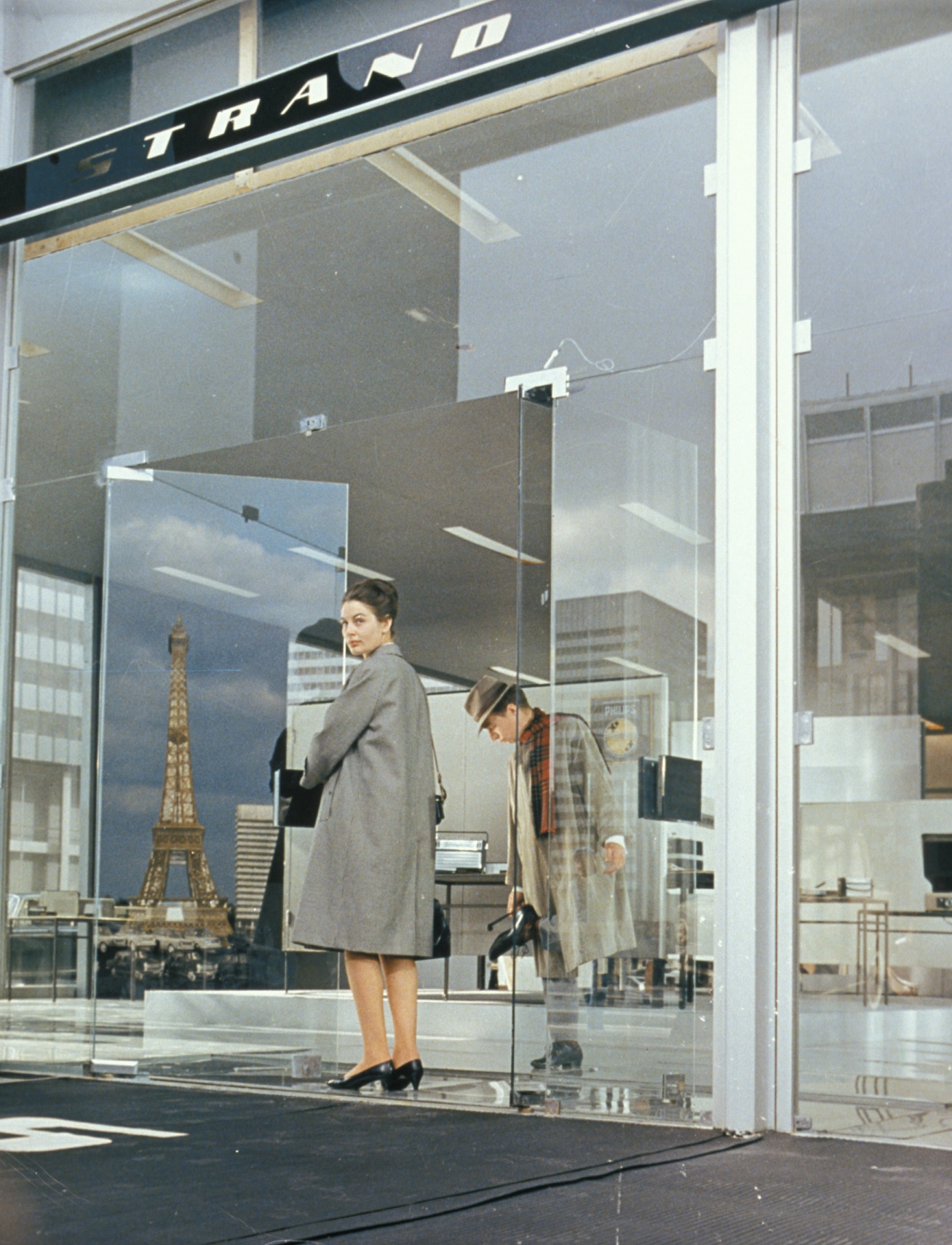 In this brilliant satire of our modern day metropolis the legendary French comedian Jacques Tati is featured as his screen persona, Monsieur Hulot. Tati pokes fun at the dehumanisation of society as he wanders through the glass and architecture maze of Paris, every so often crossing paths with a group of women on a tour of Europe. He confronts a bafflingly modern world with modern day technology. Playtime is now regarded as one of the greatest films of all time according to Sight and Sound’s 2012 poll of critics from around the world

The Sunday Sept. 21st screening will be followed by a presentation by Dr. Lisa Landrum – an architect, artist, author and educator. She has been an Assistant Professor in the Department of Architecture at the University of Manitoba since 2008.