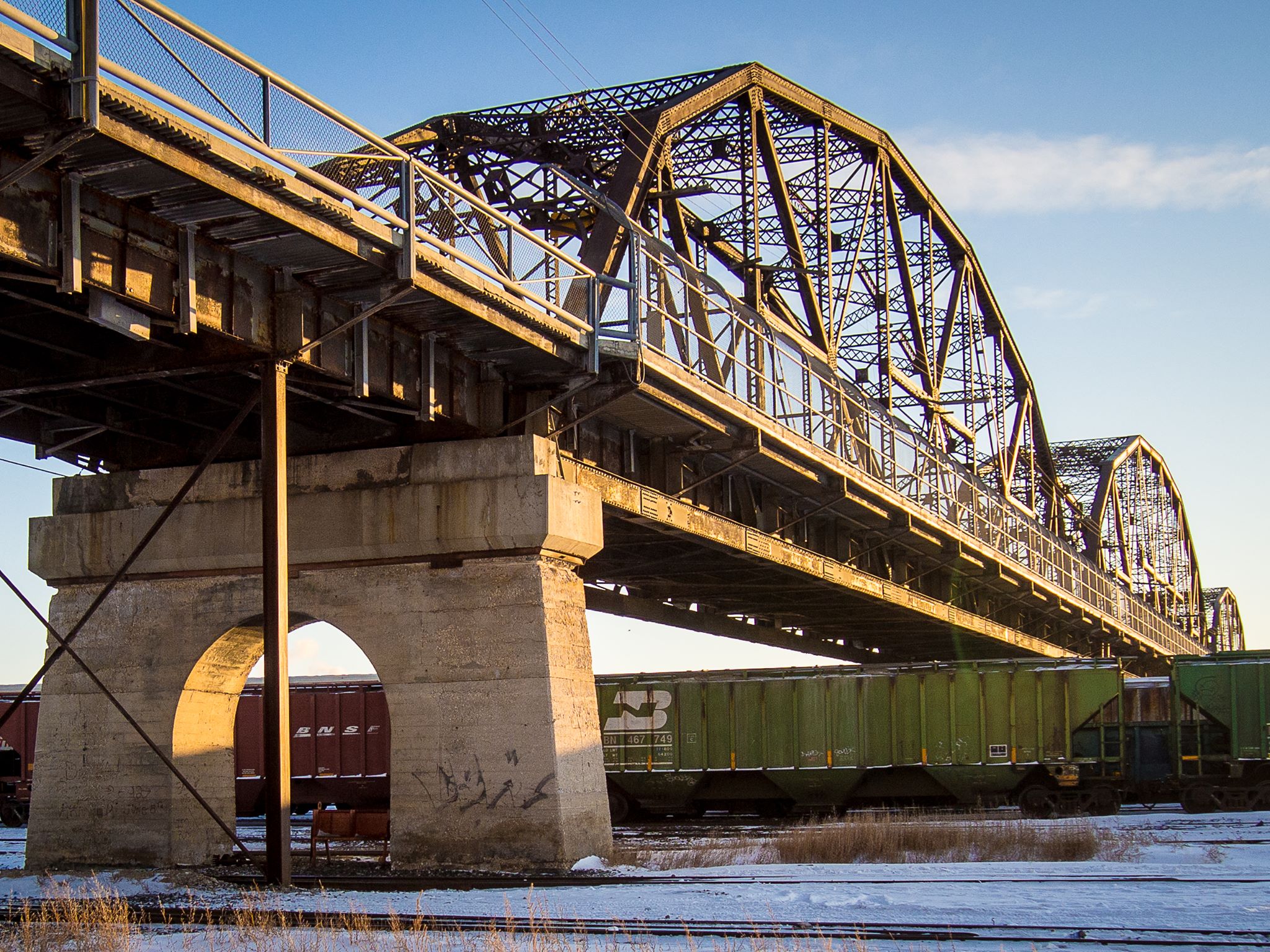 Meet at the north foot of the bridge, Arlington Street and Dufferin Avenue

People either love or hate the Arlington Street Bridge, which is nothing new. Controversy has dogged the span since its planning stages. Nonetheless, it has remained an icon of Winnipeg's skyline since 1912, outlasting all but two other bridges and has seen three incarnations of its nearest neighbour, the Salter Street / Slaw Rebchuck Bridge.  In 2020 it is to be decommissioned as a vehicular bridge, leaving its future in doubt.

Join local historian/writer Christian Cassidy who will provide a history of the bridge, including his opinion of its “River Nile” urban legend, followed by a walk across to view the rail yards below.   Christian Cassidy produces the blogs West end Dumplings, This Was Manitoba and Winnipeg Downtown Places, as well as West End Dumplings – The Radio Edition on 101.5 UMFM