Basil Miska was born in Winnipeg, Manitoba in 1927. He studied architecture and sculpture at the University of Manitoba, graduating in 1956. He moved to Ottawa after graduation and was briefly employed by the Department of Public Works before opening his own practice which grew to become Miska, Gale & Ling Architects & Planning Consultants.

Miska remained committed to sculpture as well as architecture and often created sculptures for the houses he designed. In Briarcliffe suburb in Ottawa, he designed the Gagné House at 12 Kindle Court. Miska designed a variety of projects in the Ottawa-Gatineau area, in addition to houses. Included were ta shopping plaza in the Glenwood Domaine subdivision in Aylmer, Quebec (1958), the Aladdin Bowling Lanes Centre (1961) and Christ the Saviour Orthodox Church (1968). 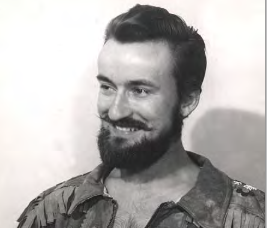