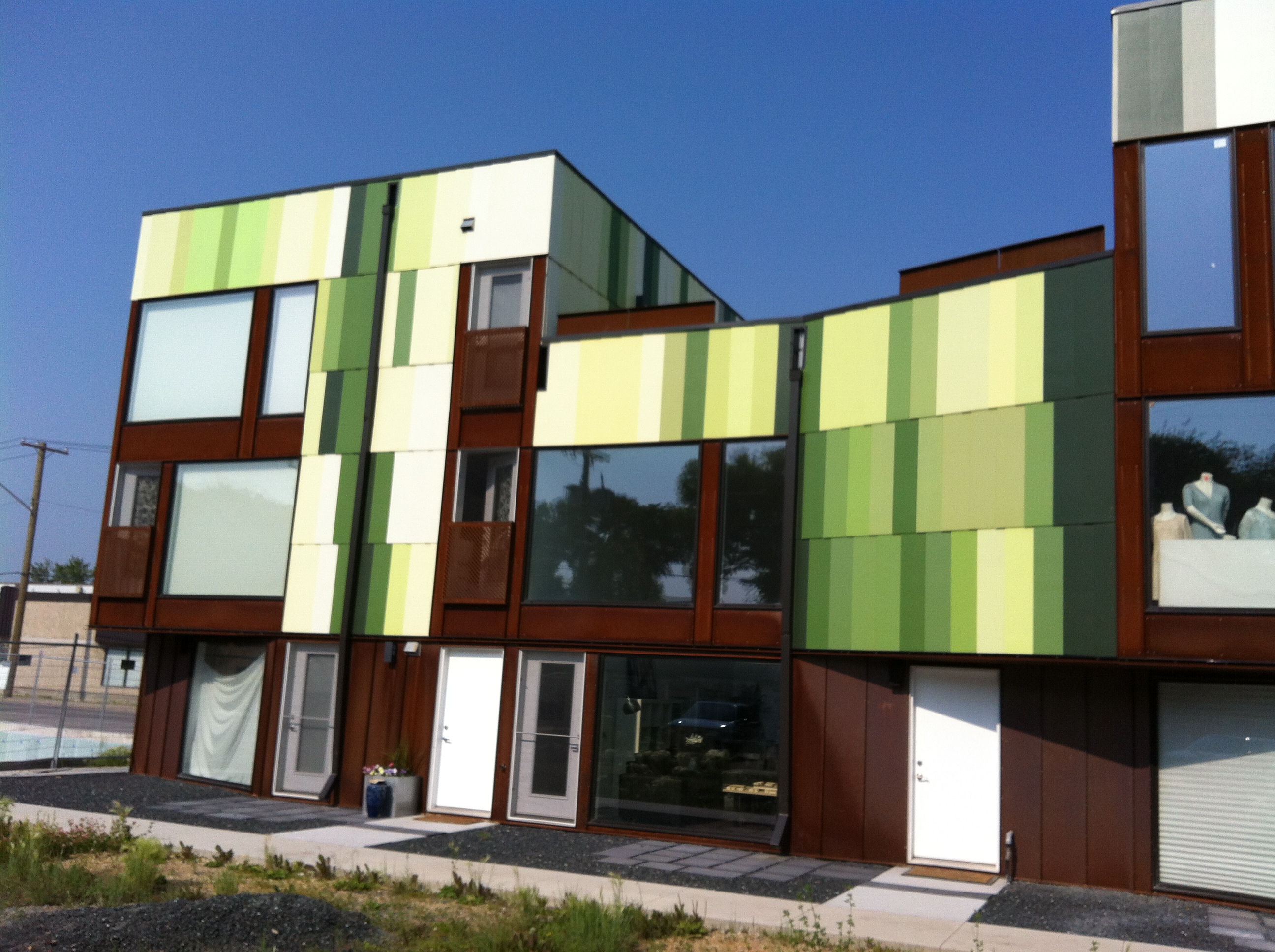 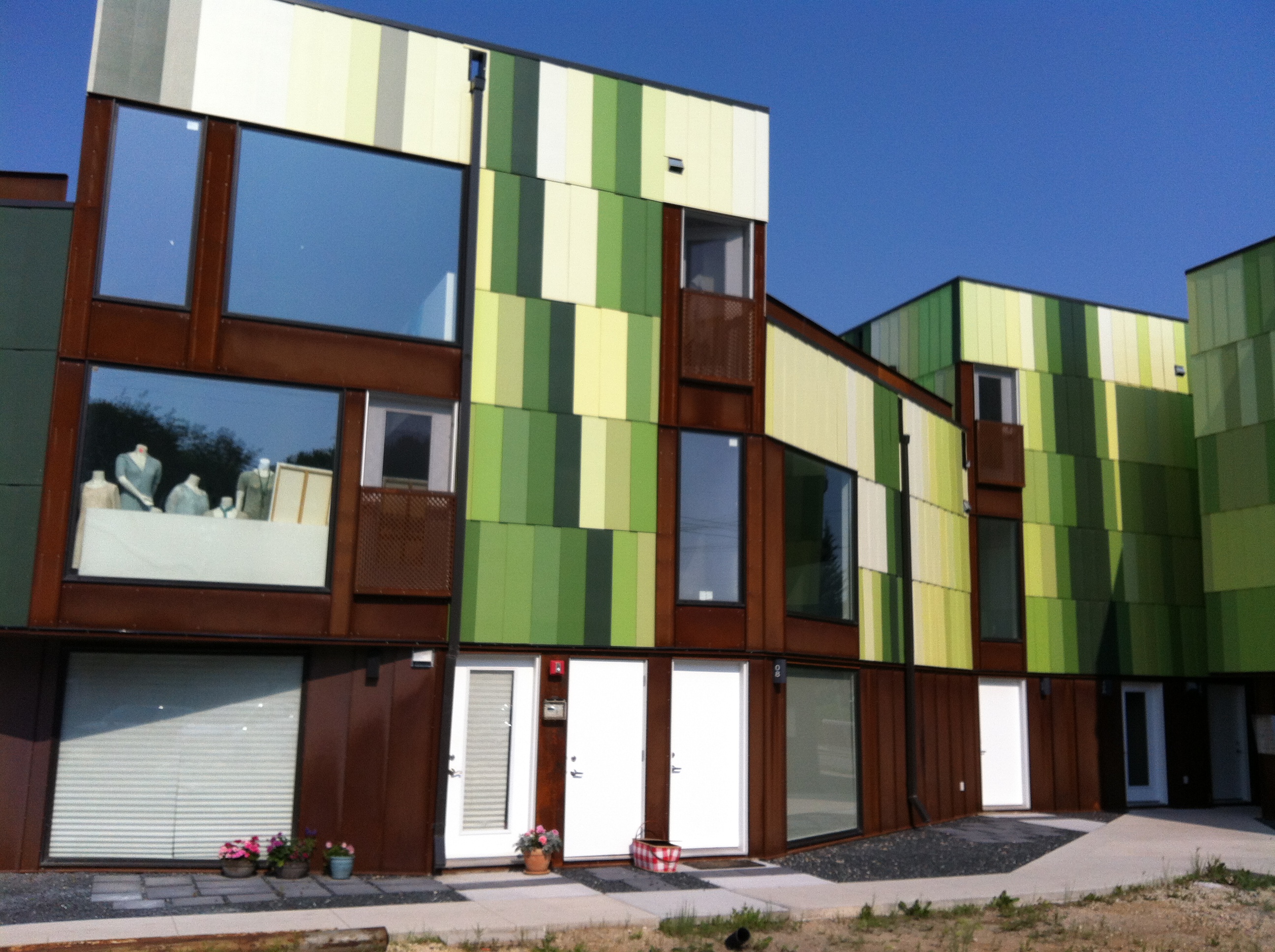 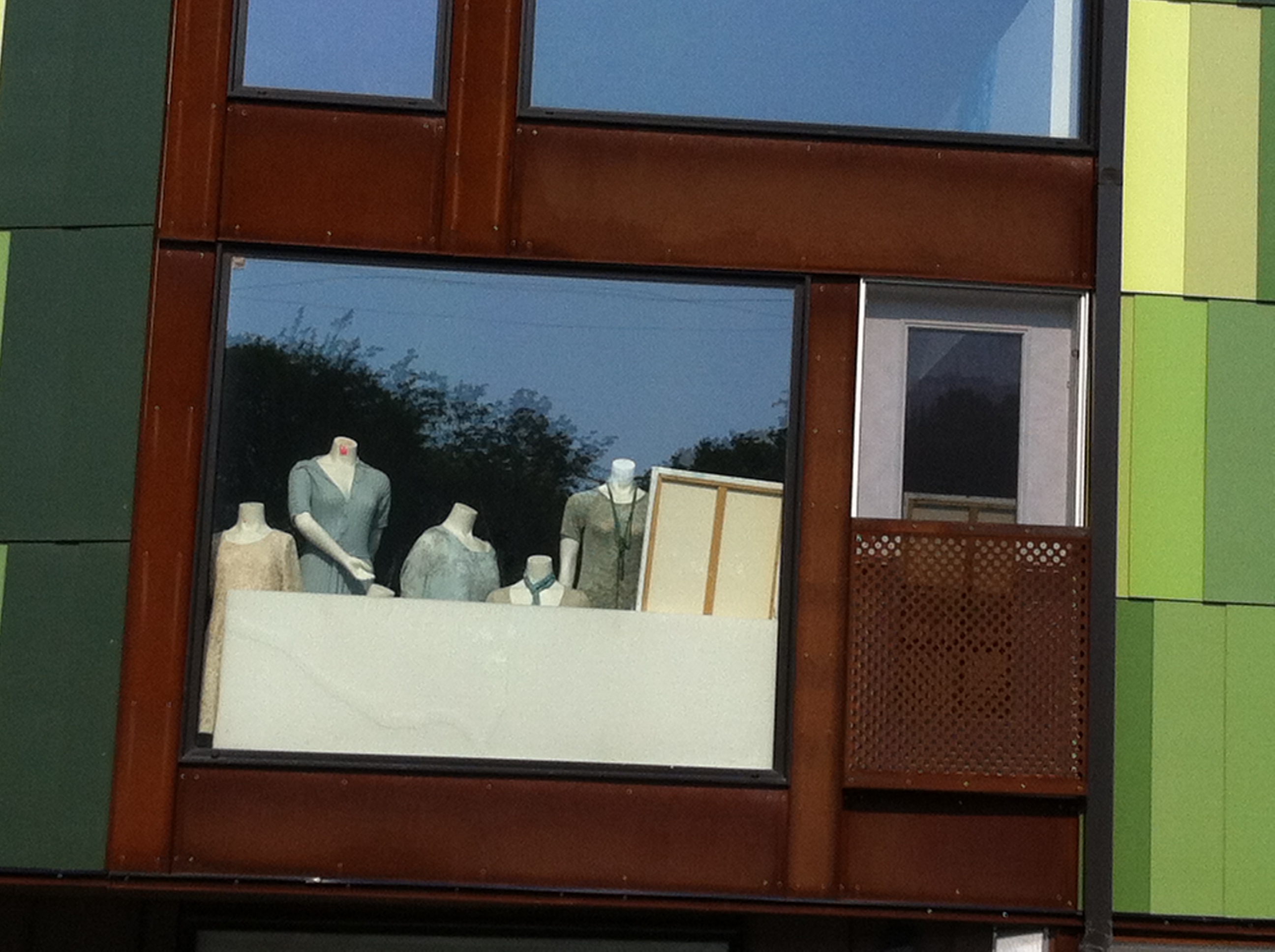 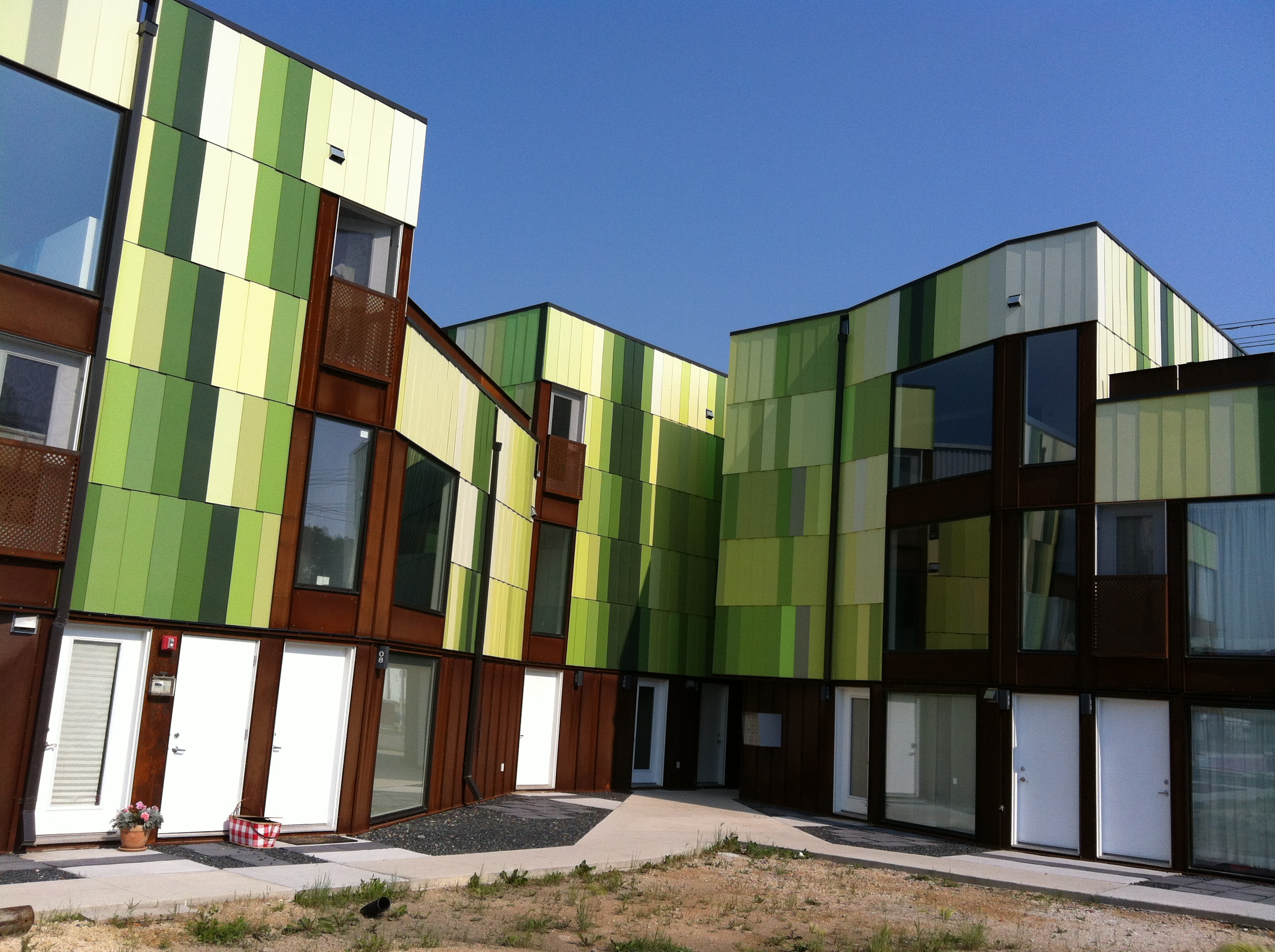 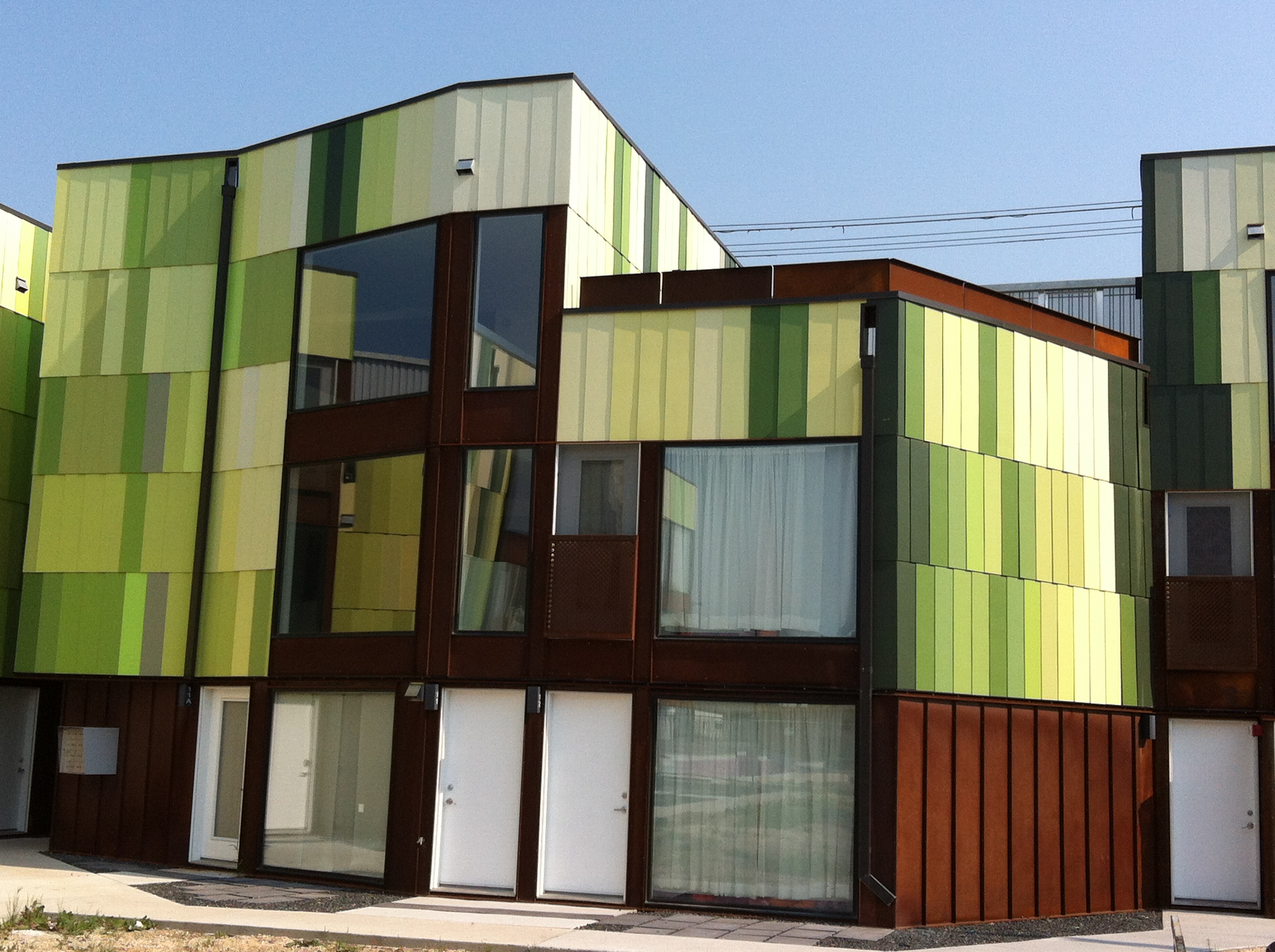 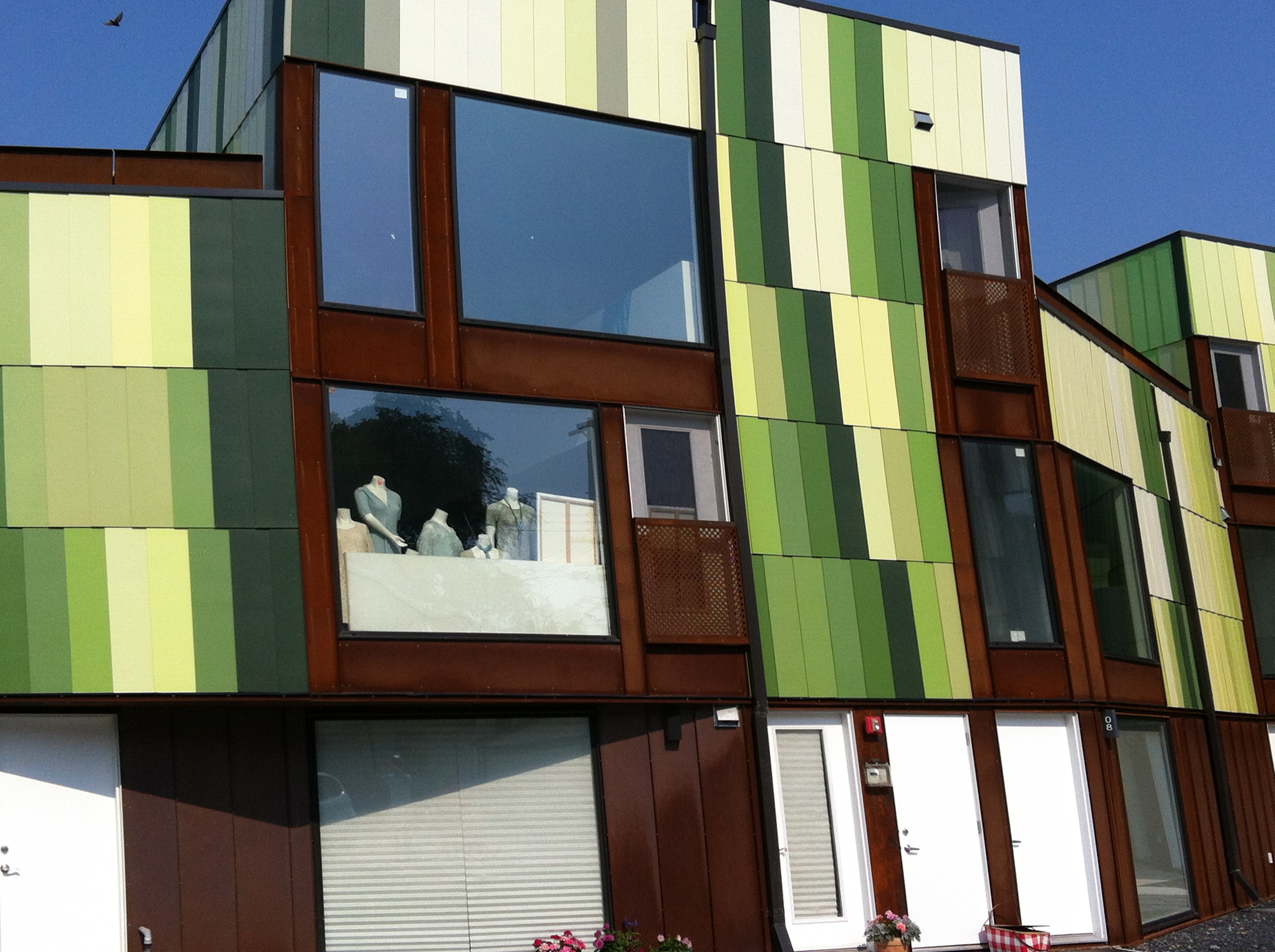 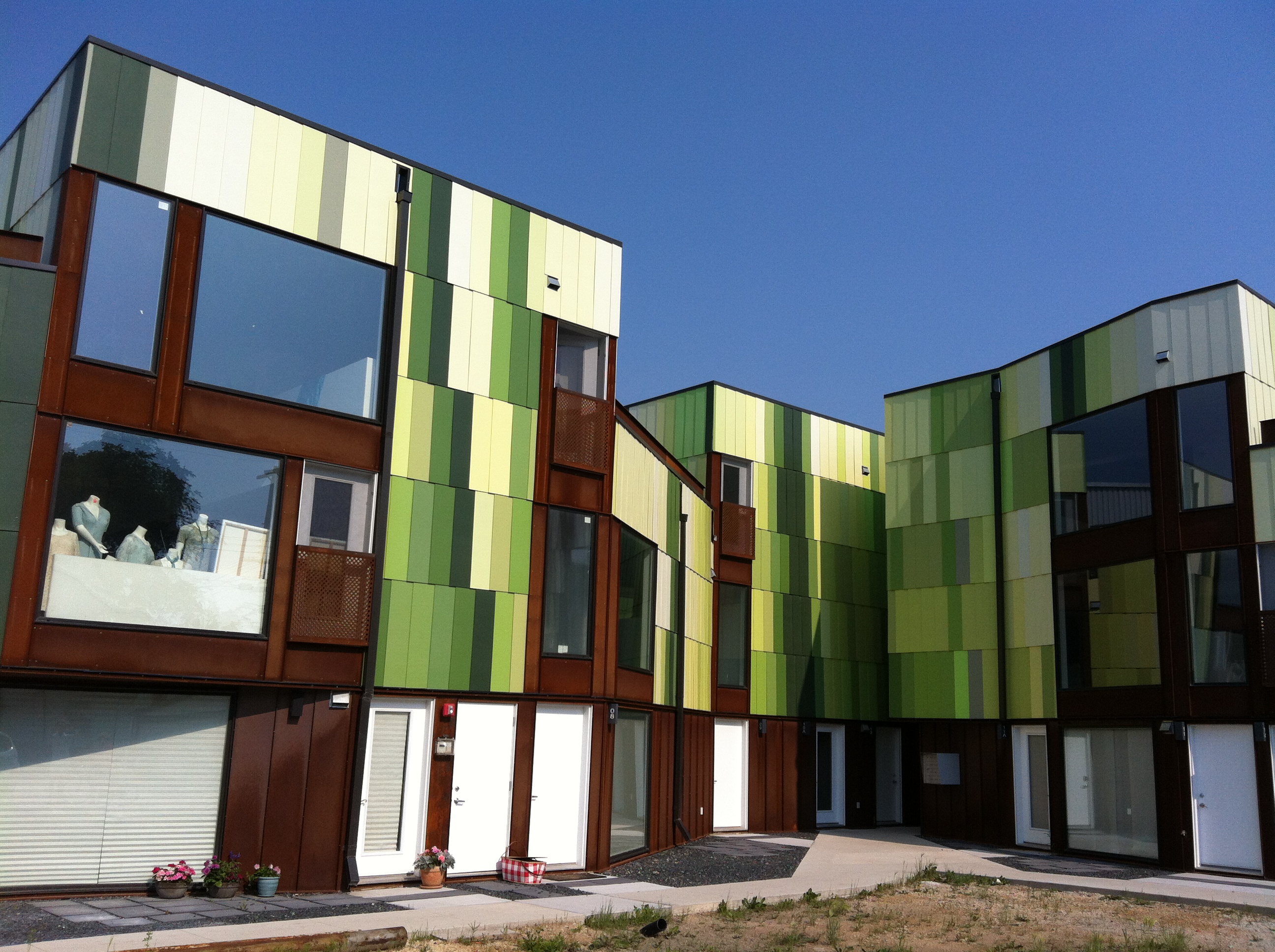 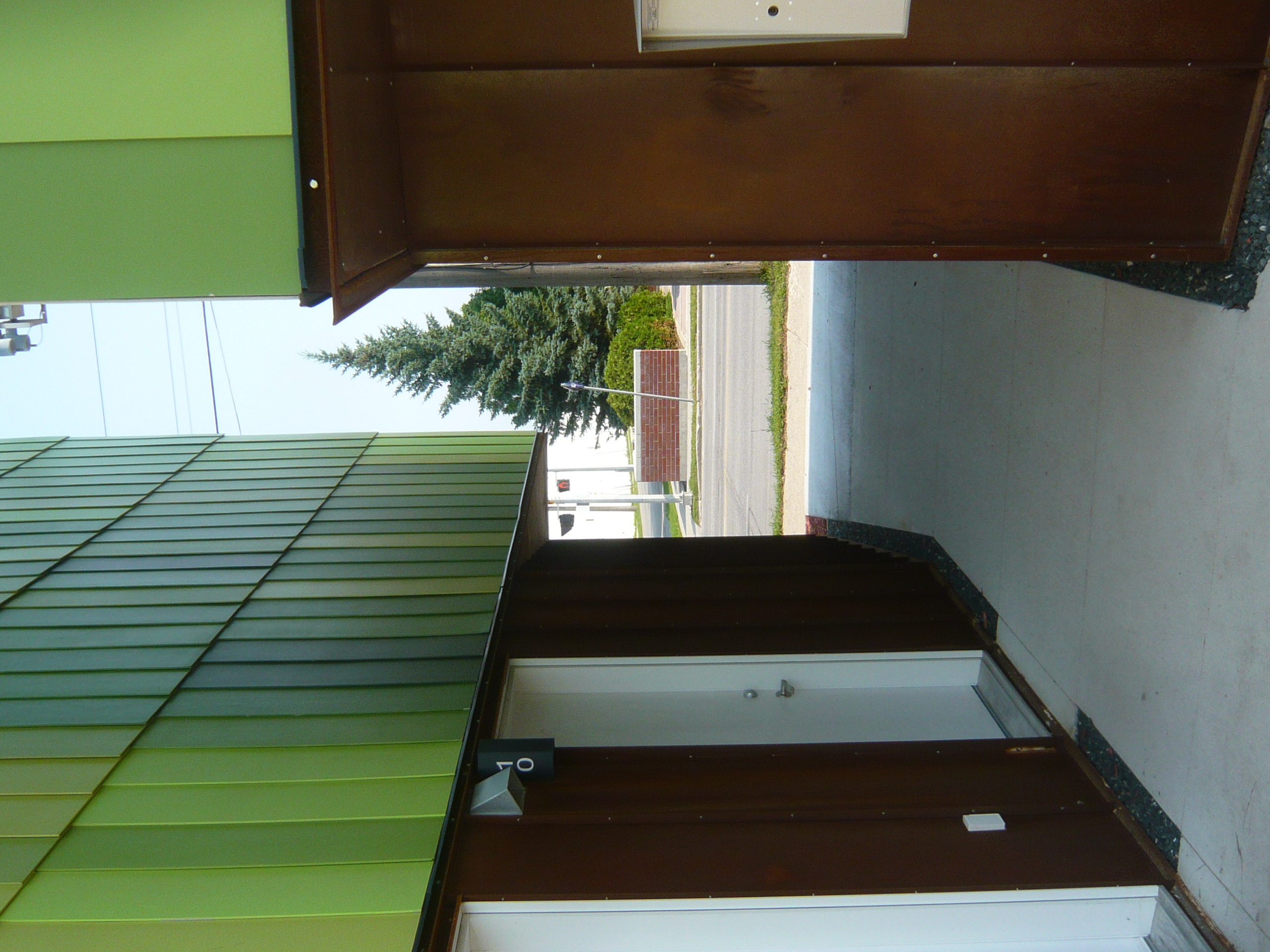 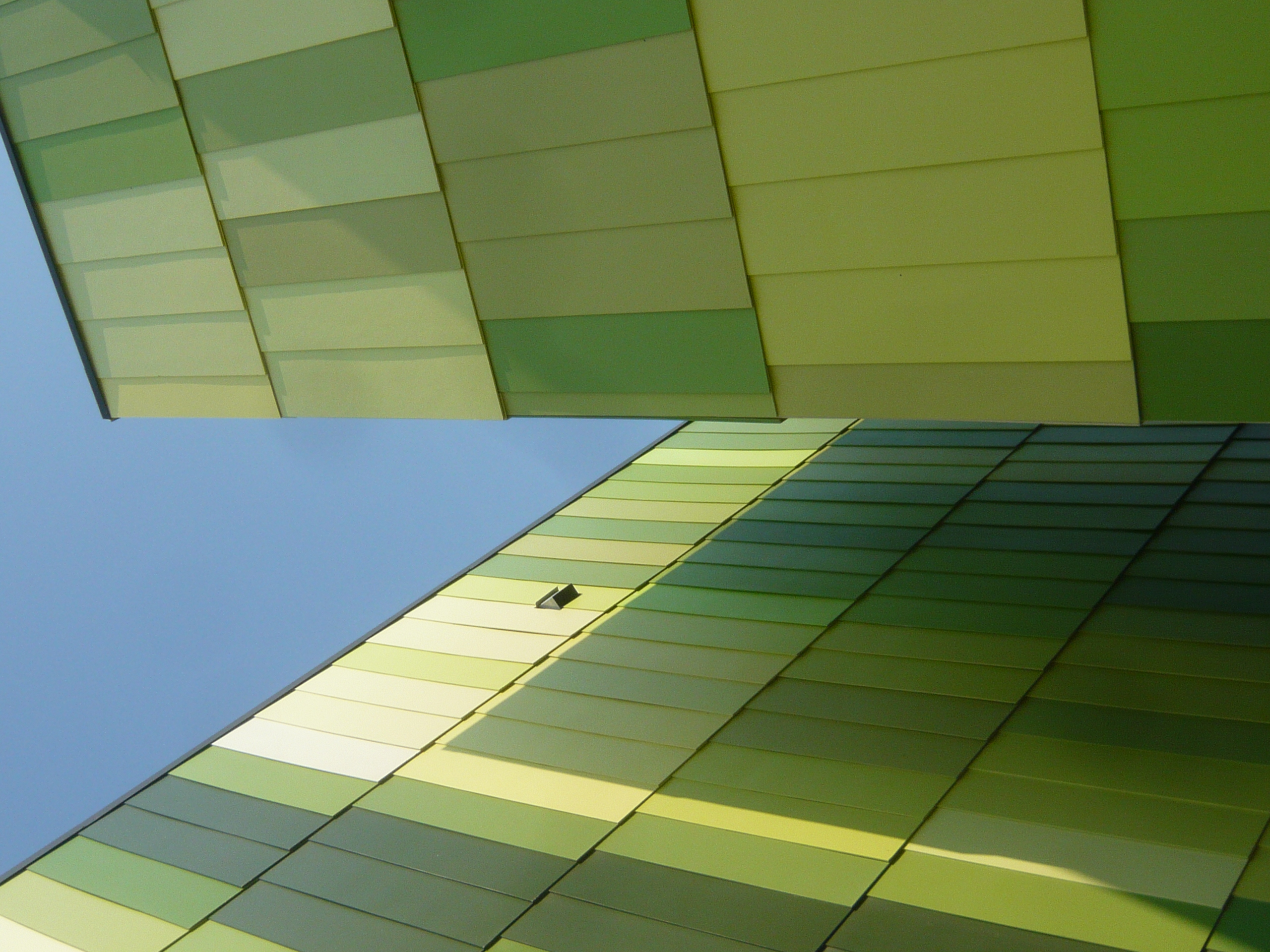 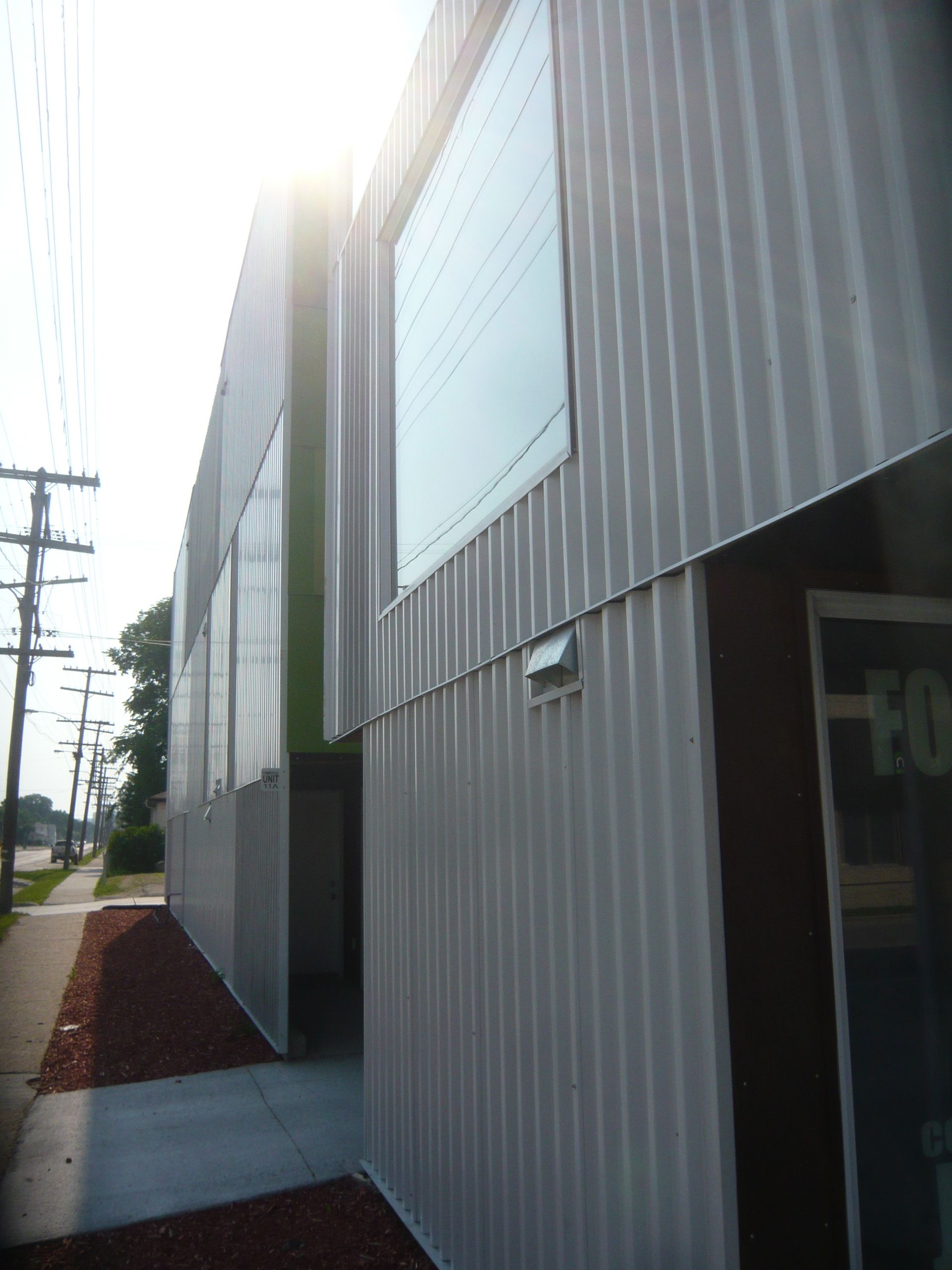 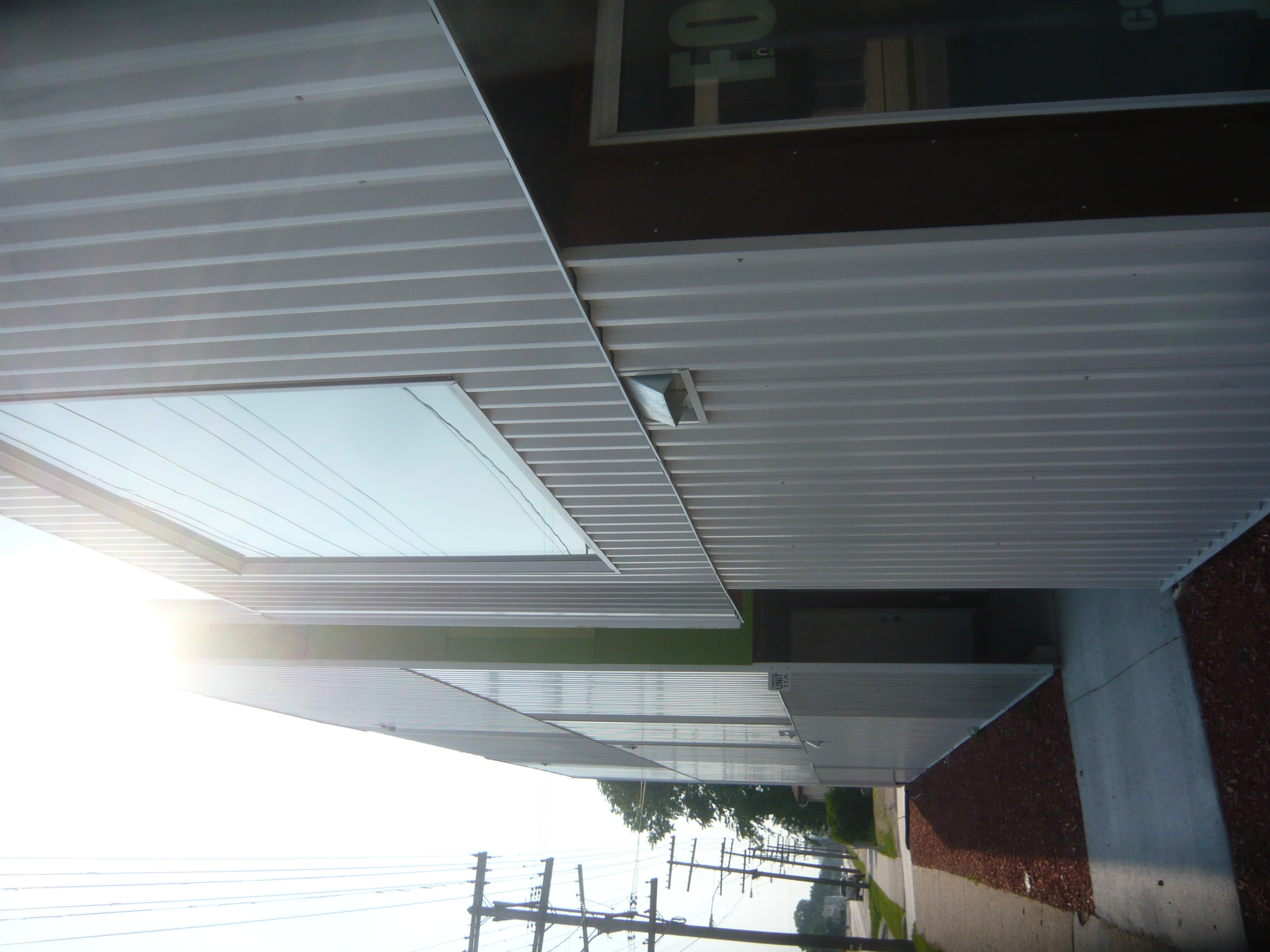 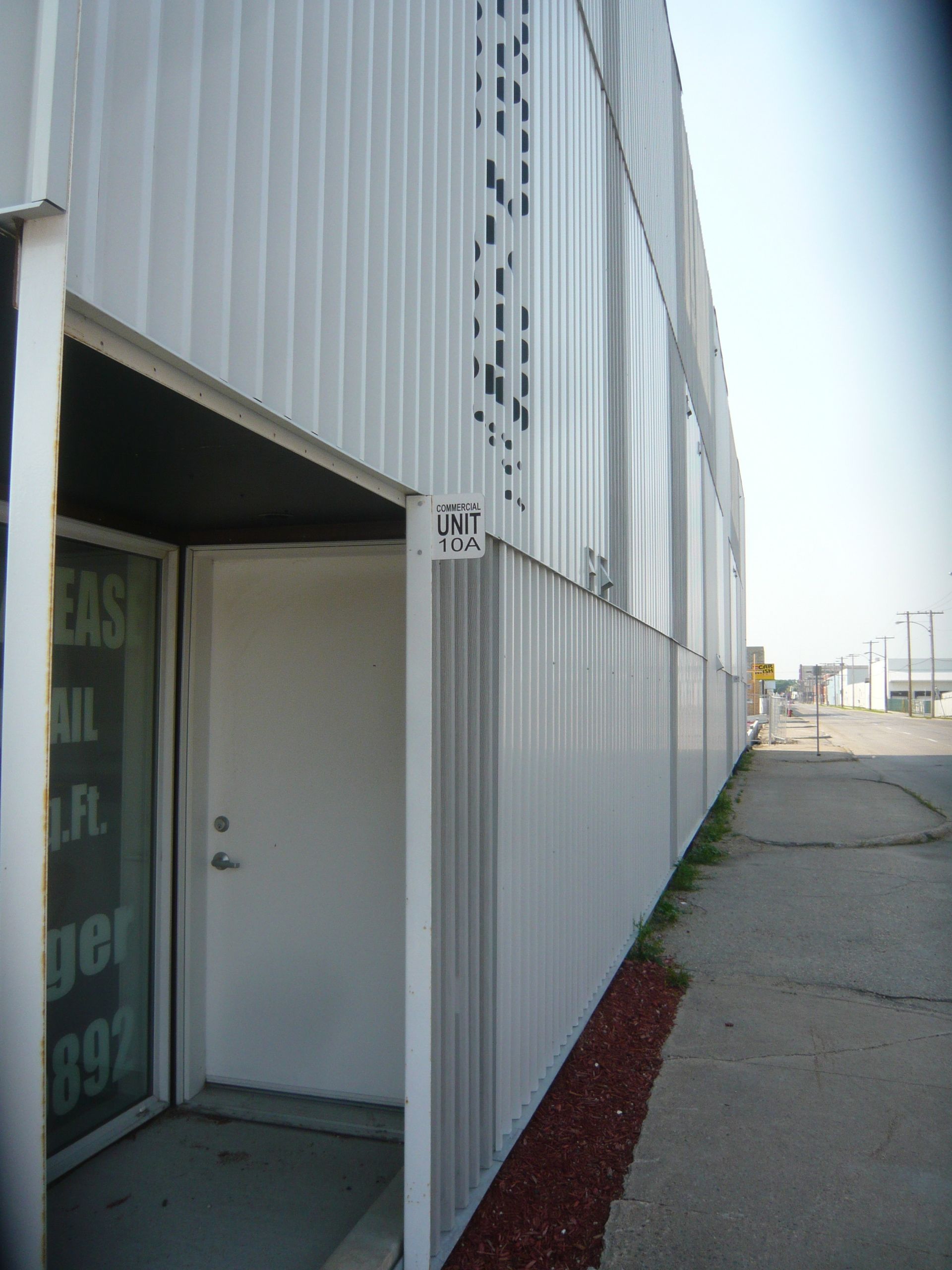 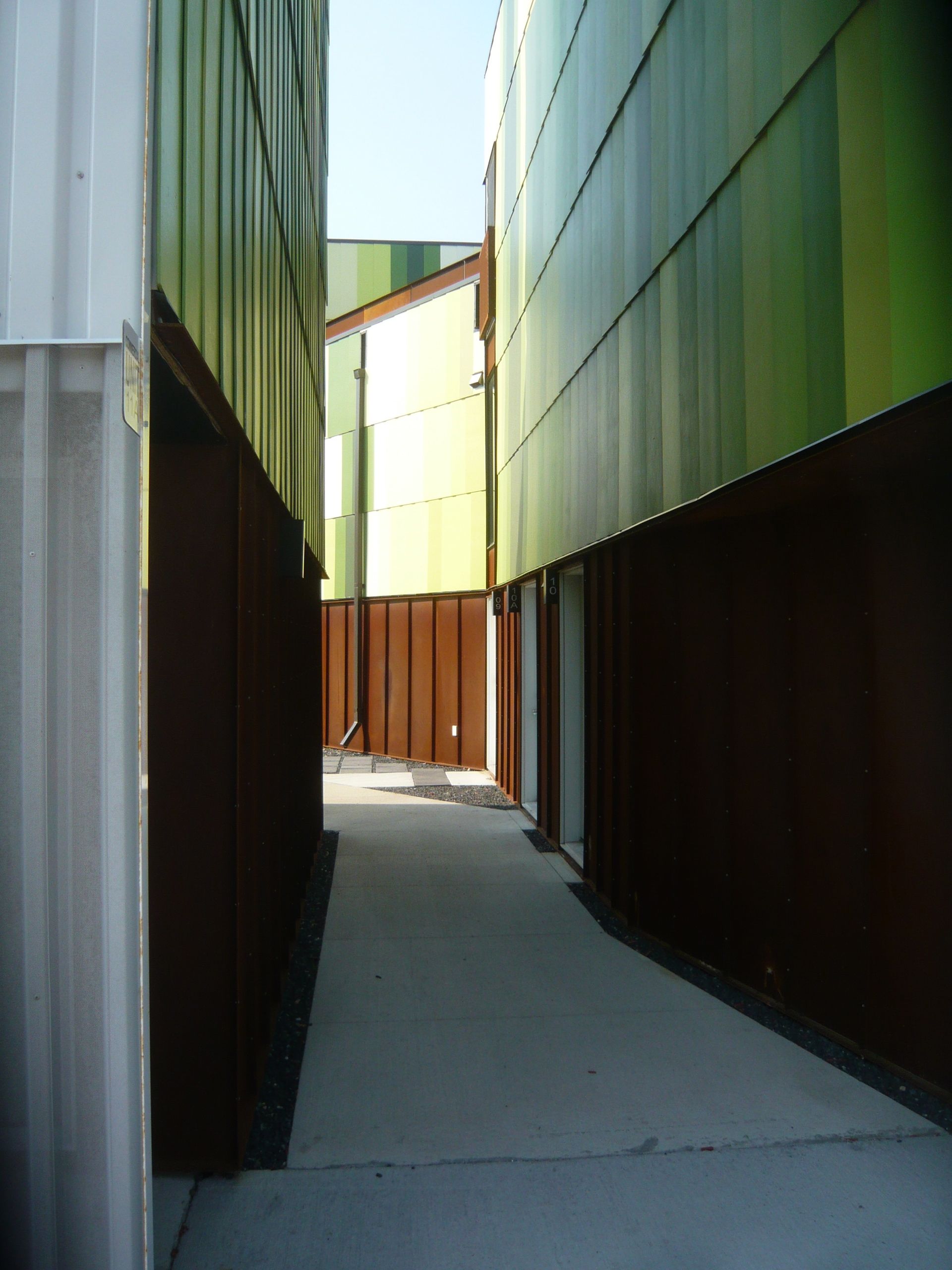 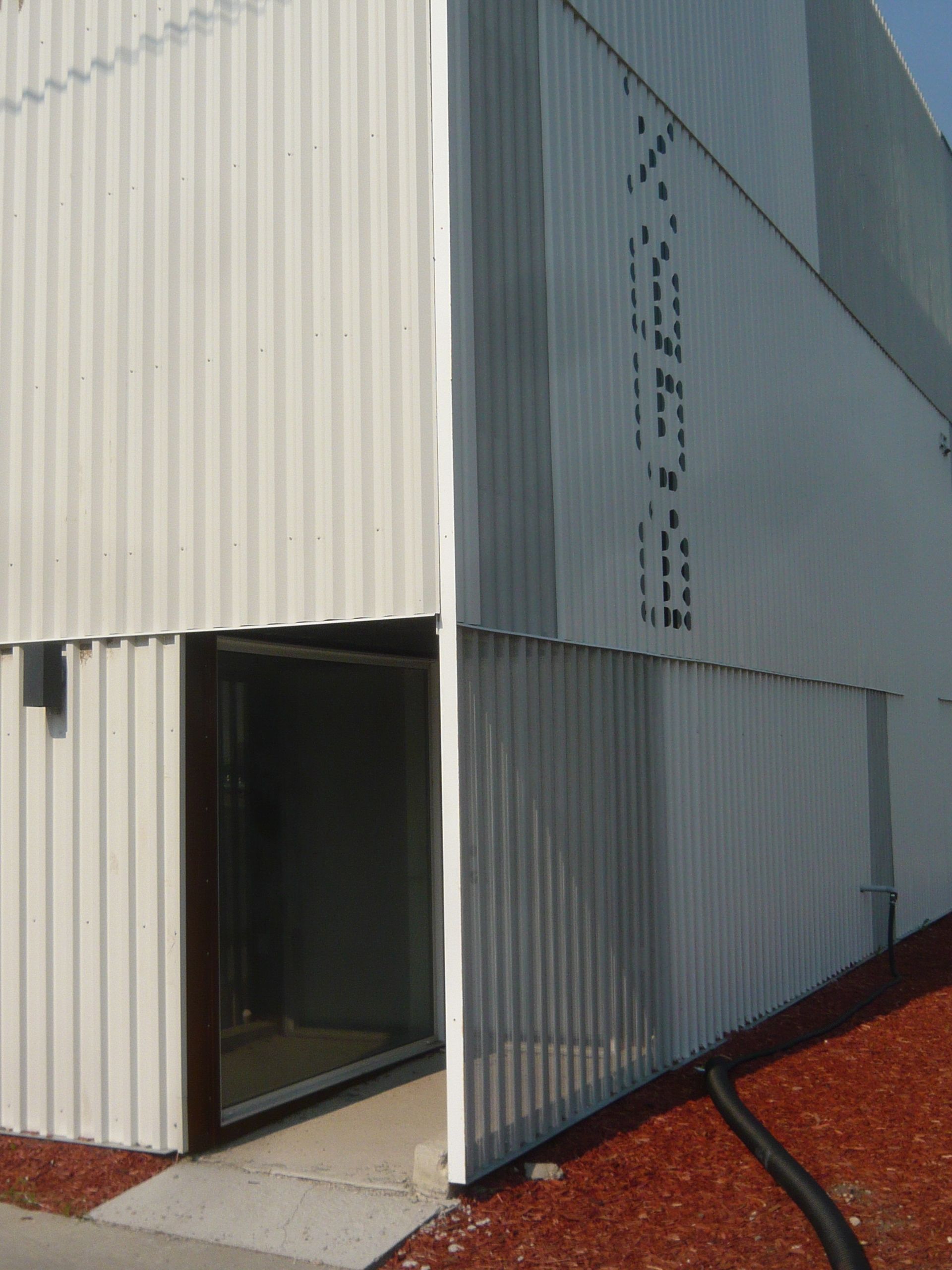 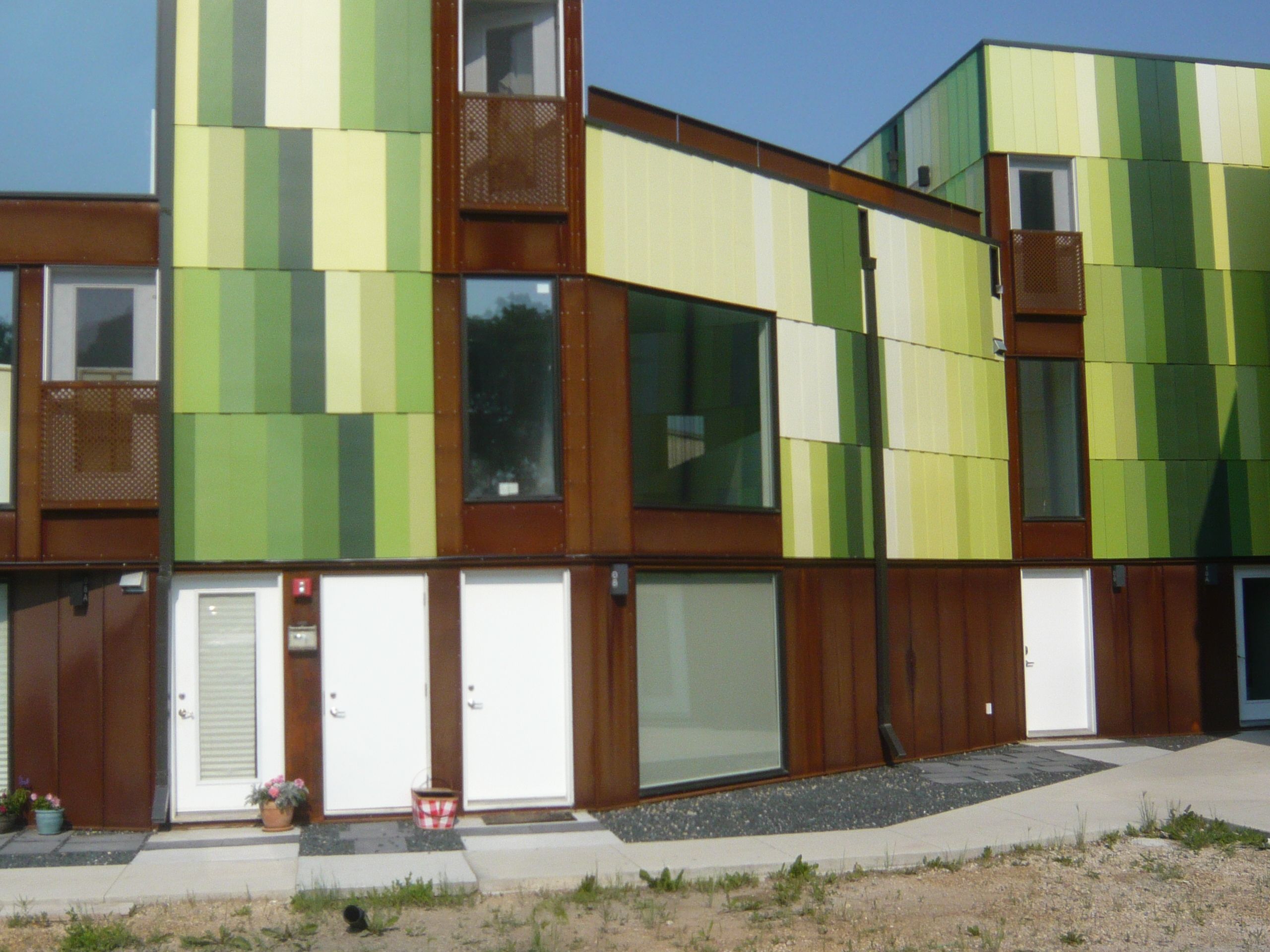 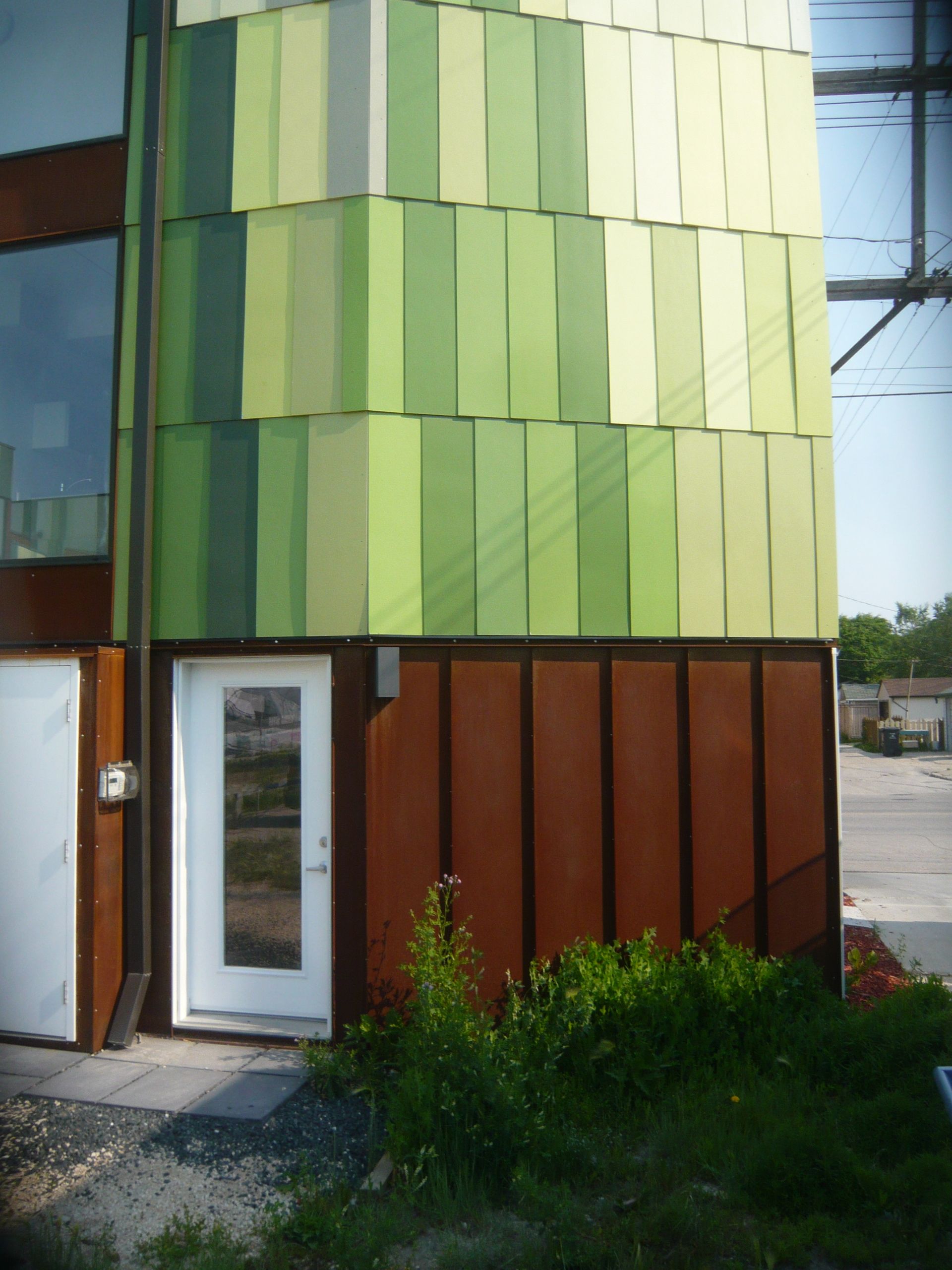 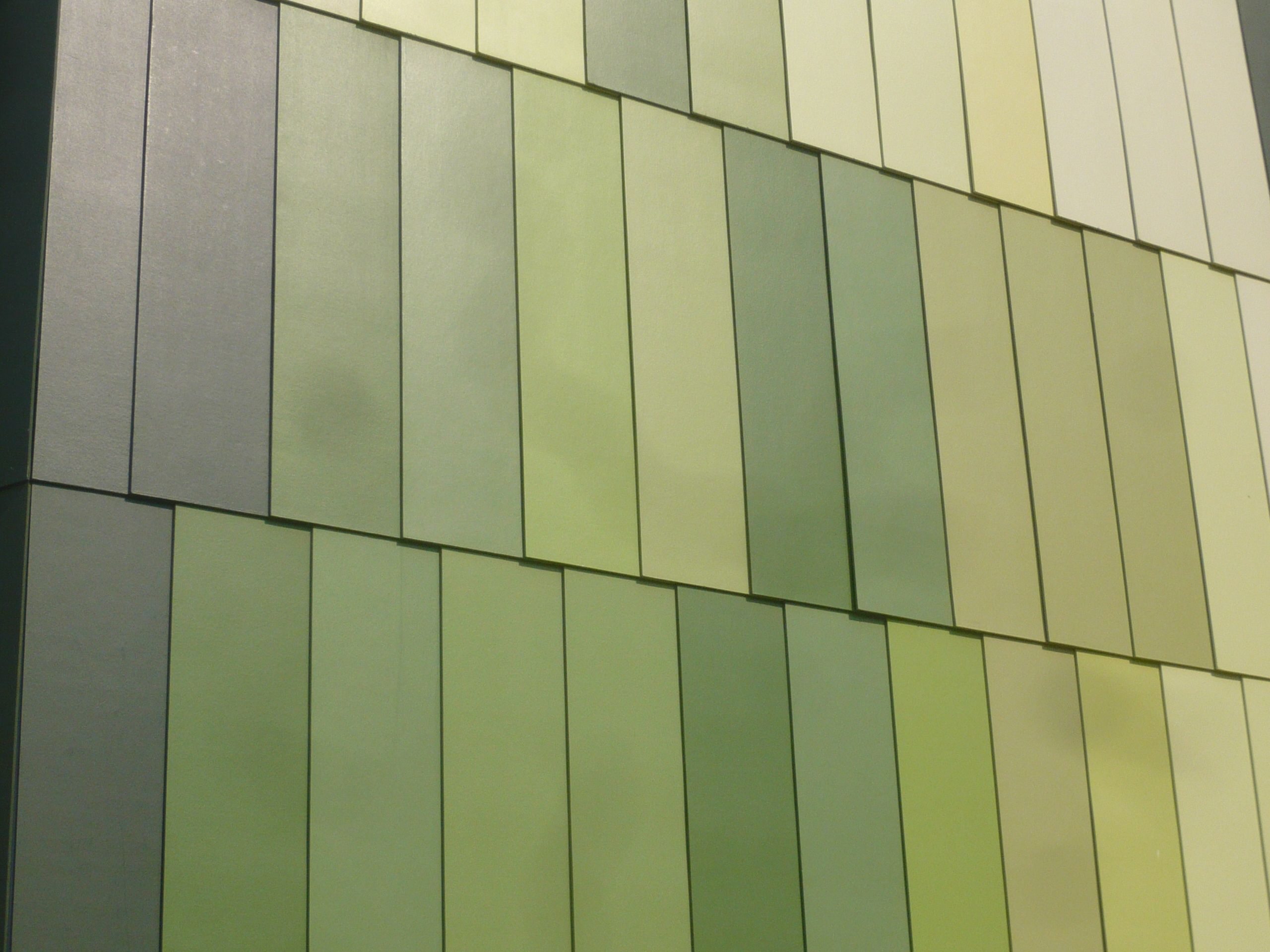 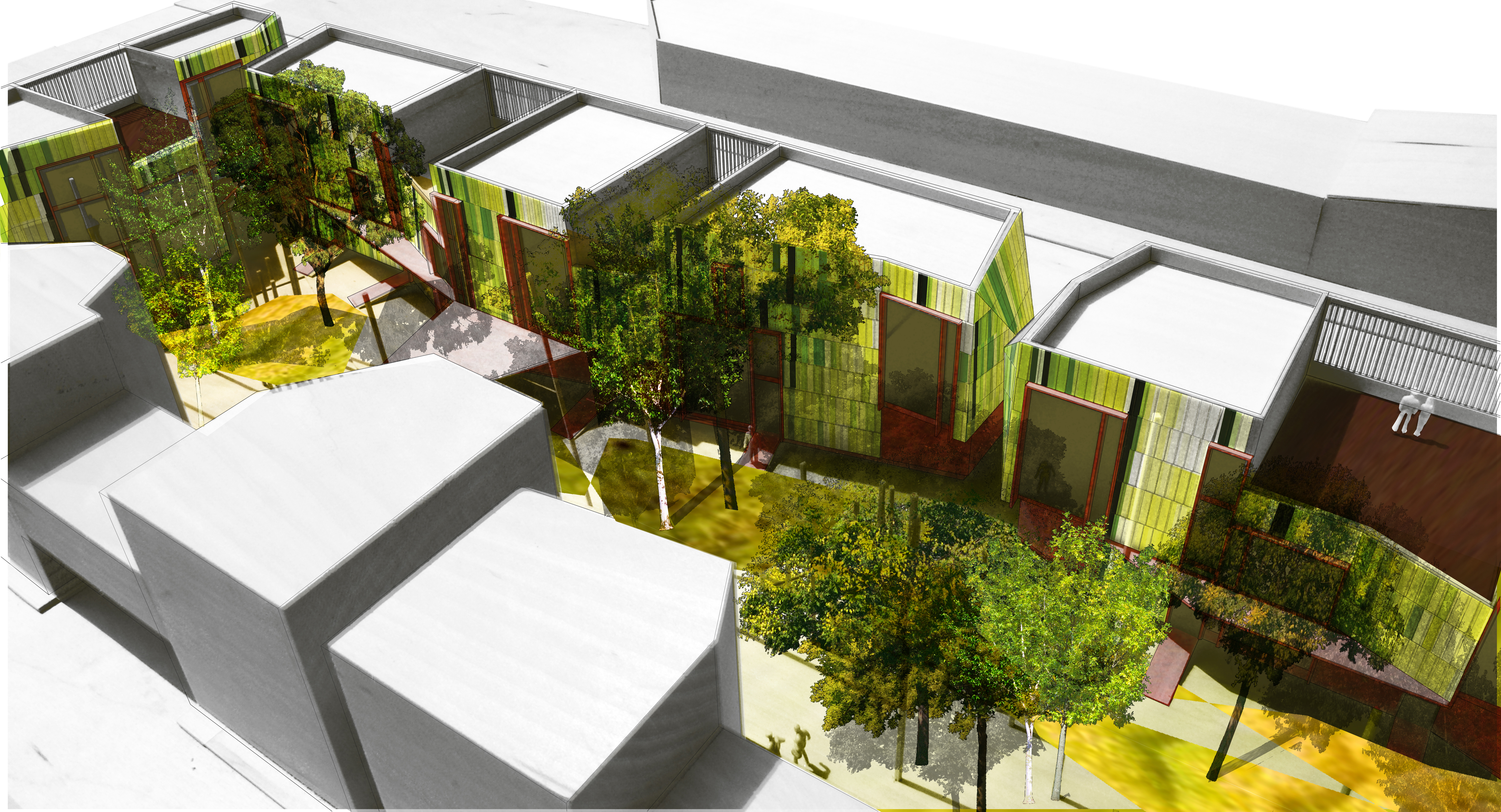 BGBX has a unique design, with 24 units of housing, flexible commercial space, and covered parking arranged around a central bioswale courtyard, with public decks connected by circulation bridges.The first phase of the design was completed in 2012, with additional phases later.

BGBX transformed a vacant lot at the intersection of Wall Street and St. Matthews Avenue into a 24-unit housing development for Winnipeg’s West End. The project incorporates six separate blocks with alternating two- and three-storey residential loft units and small scale commercial flex spaces at grade. The project begins as a white corrugated metal box, a blank slate which is then strategically sliced at six points to reveal unexpected glimpses of lush, green foliage at the block's centre. The landscaped courtyard cuts away at the “box” from the inside-out to create a dynamic, multi-facetted courtyard facade.The design seeks innovation at all levels, including its building systems. Hollowcore concrete slabs are used as air plenums, eliminating the need for ductwork.

The design of BGBX is simplified through the integration of its building systems; despite the project’s irregular shape, a module based on 4’ wide hollow core slabs determines the entire architectural, structural, and mechanical composition of the units. In the courtyard, abundant vegetation acts as lungs for the building, providing fresh air for residents. Gray water cisterns collect run-off from the roofs, and bioswales in the courtyard eliminate the need for catch basins.

Beyond describing the design scheme of a larger block “sliced” into smaller sections, the project’s name is something of a pun on the project’s industrial context. In his 1971 book Los Angeles: The Architecture of Four Ecologies, architectural historian and critic Reyner Banham described that city’s urban experience as possessing four architectural cultures, cultures imbued with both formal architecture and the vernacular. Applying a similar scheme to Winnipeg, BGBX is a response to a vernacular “ecology” of the industrial. Both in name and in design BGBX plays up this setting by embracing on its exterior a contextually-minded industrial character that is nearly mundane in its street-facing cladding. But this quality is belied on closer inspection, and reveals glimpses of hidden, screened and sheathed windows and the verdant, variegated patterning and richly textured Corten steel that makes up the inward-oriented facades. Such a disparity also arises between the exterior sense of industrial solidity and breadth which contradicted by an almost hidden, internal village-like feel similar to the firm’s work at Centre Village (575 Balmoral Street, Winnipeg, 2010).