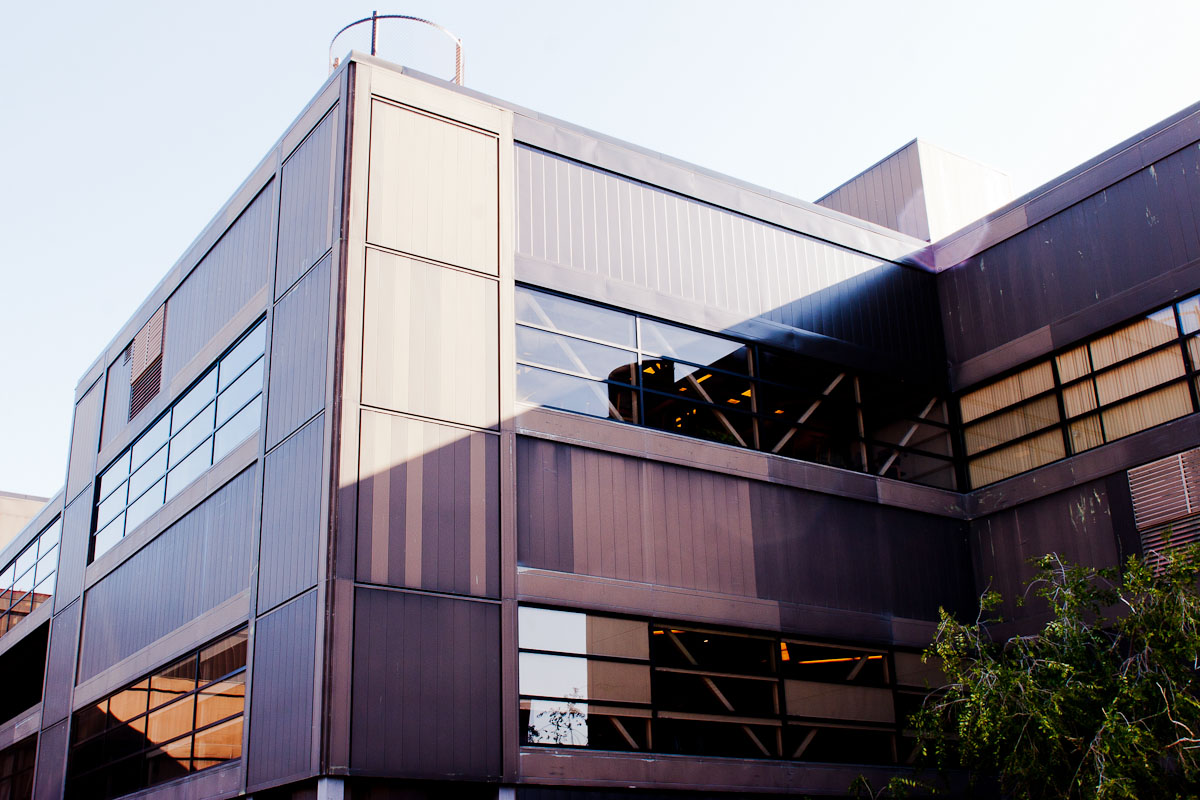 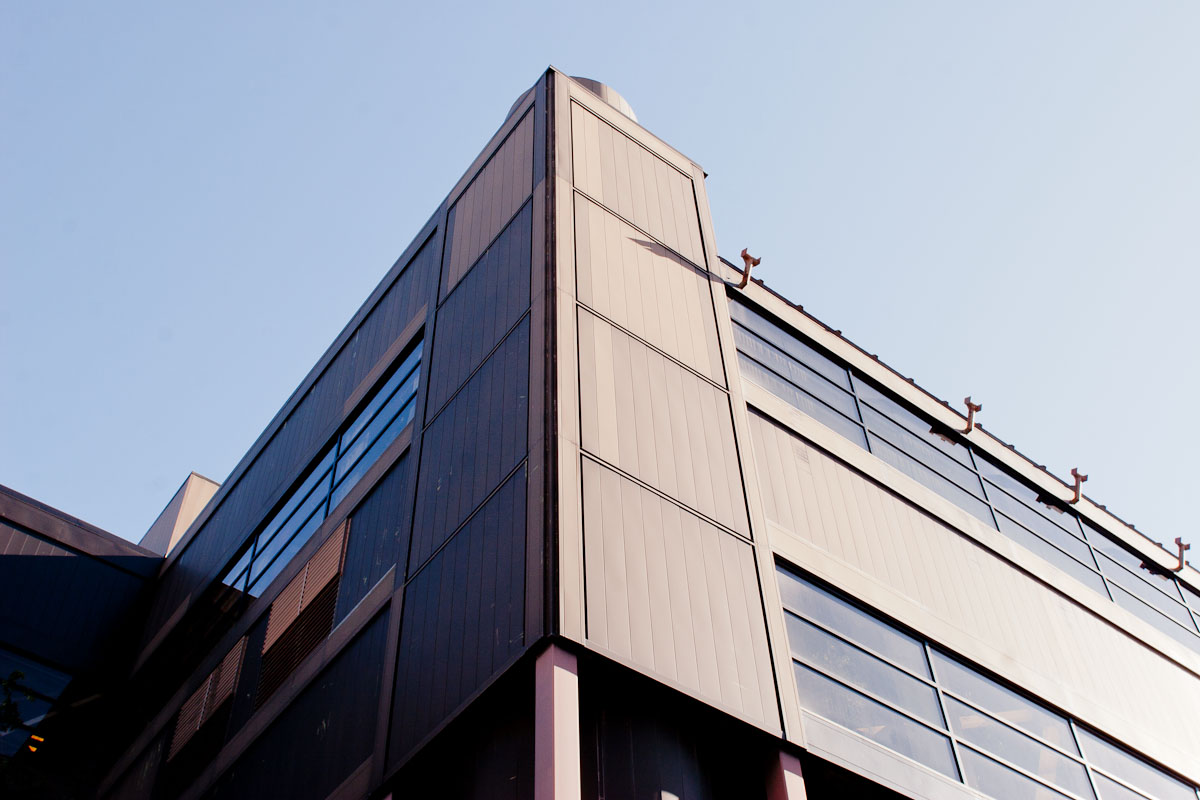 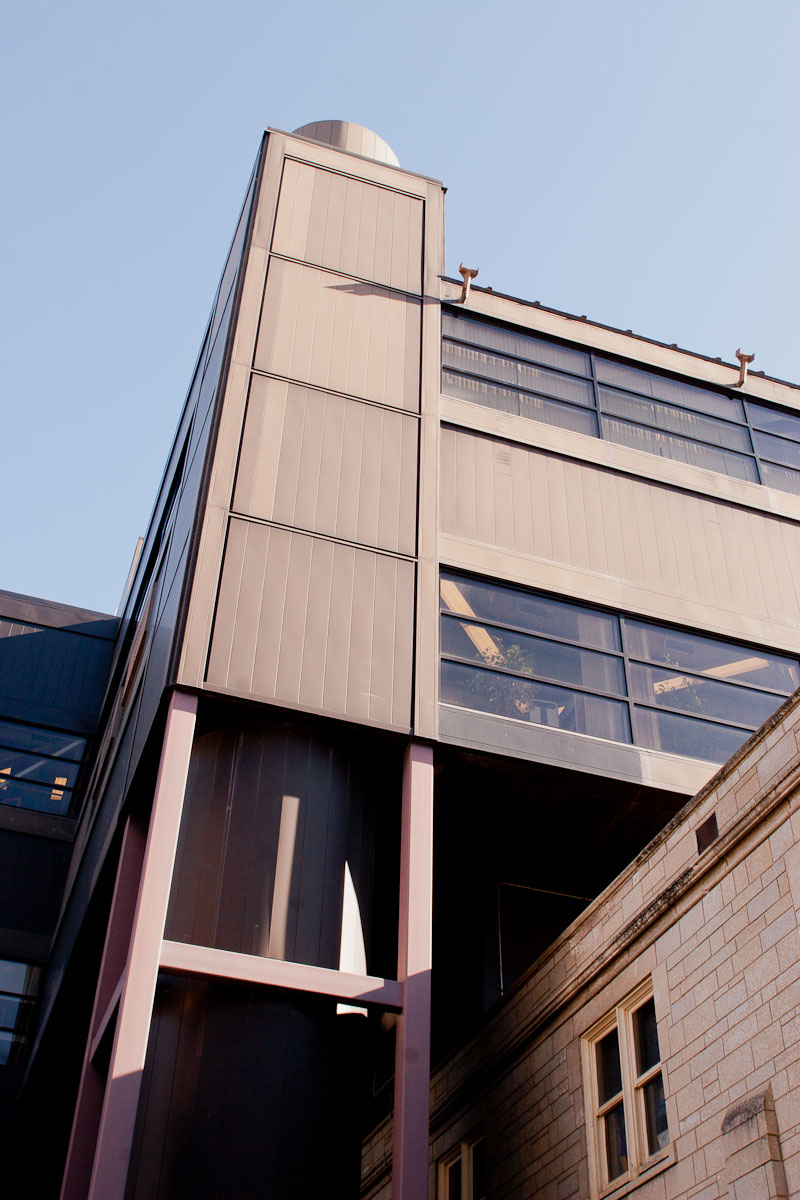 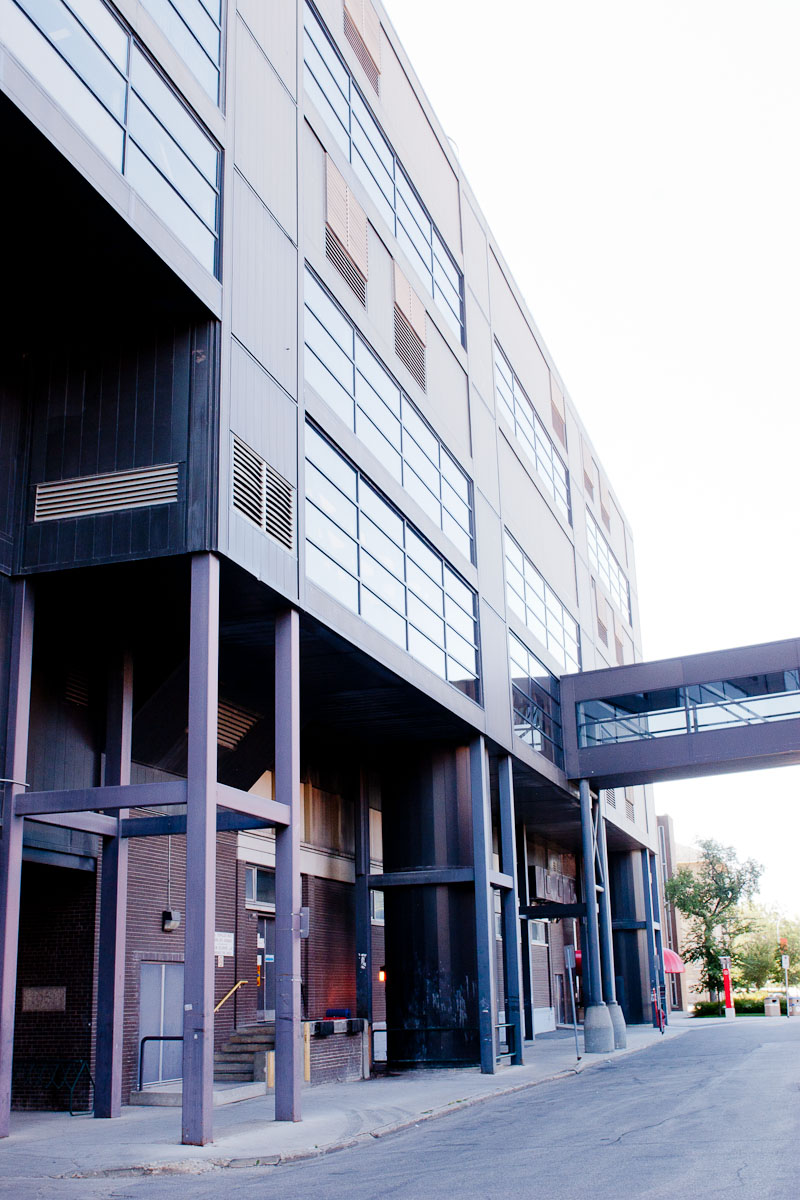 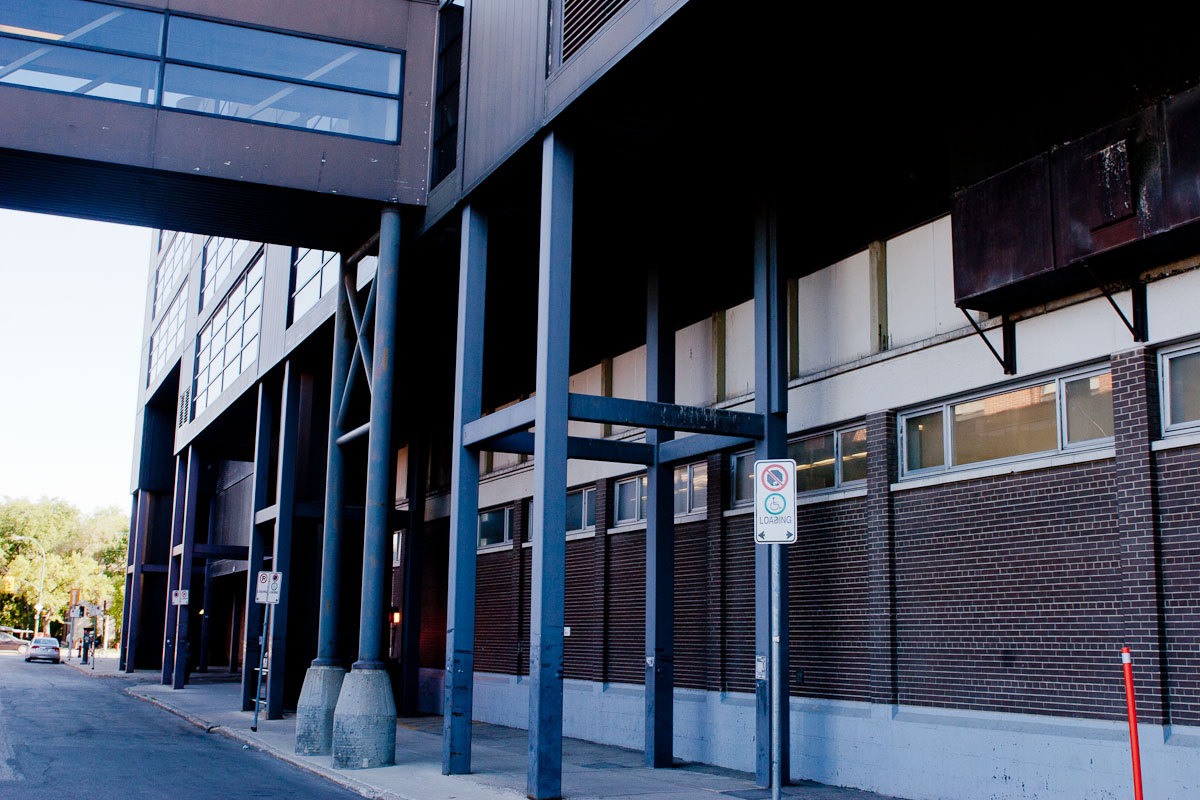 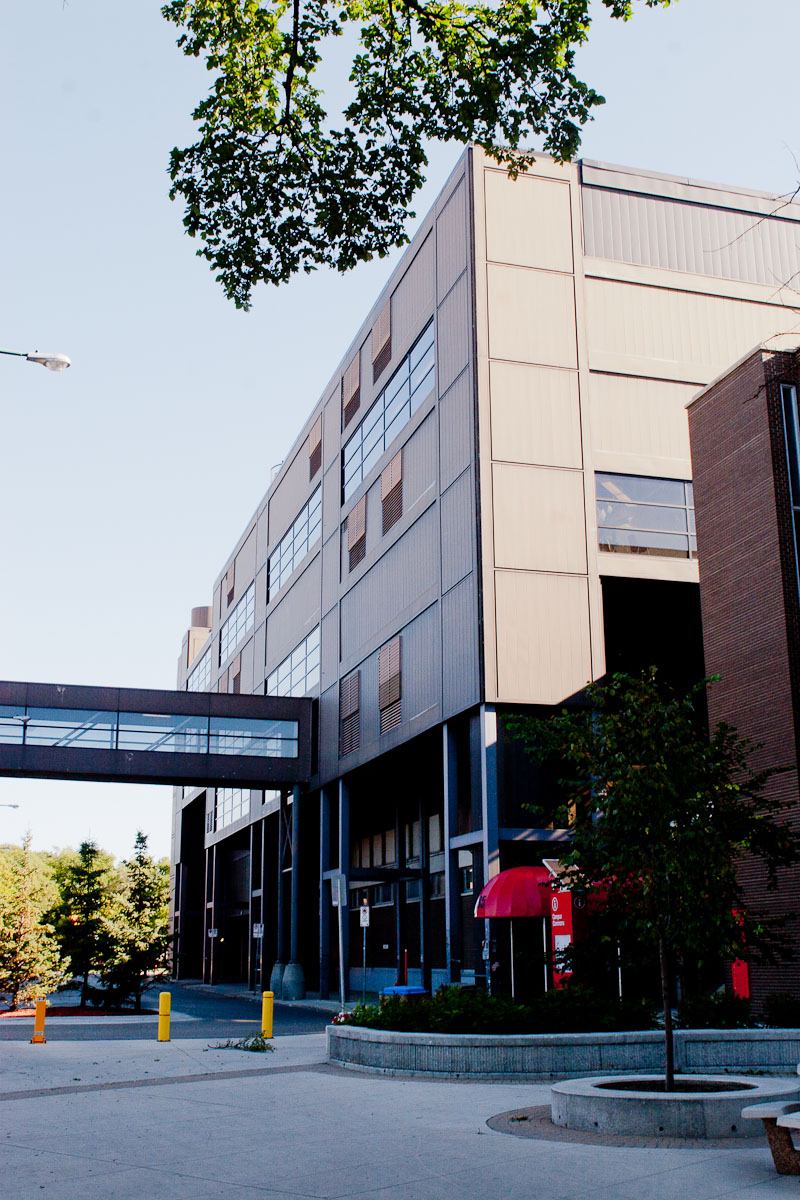 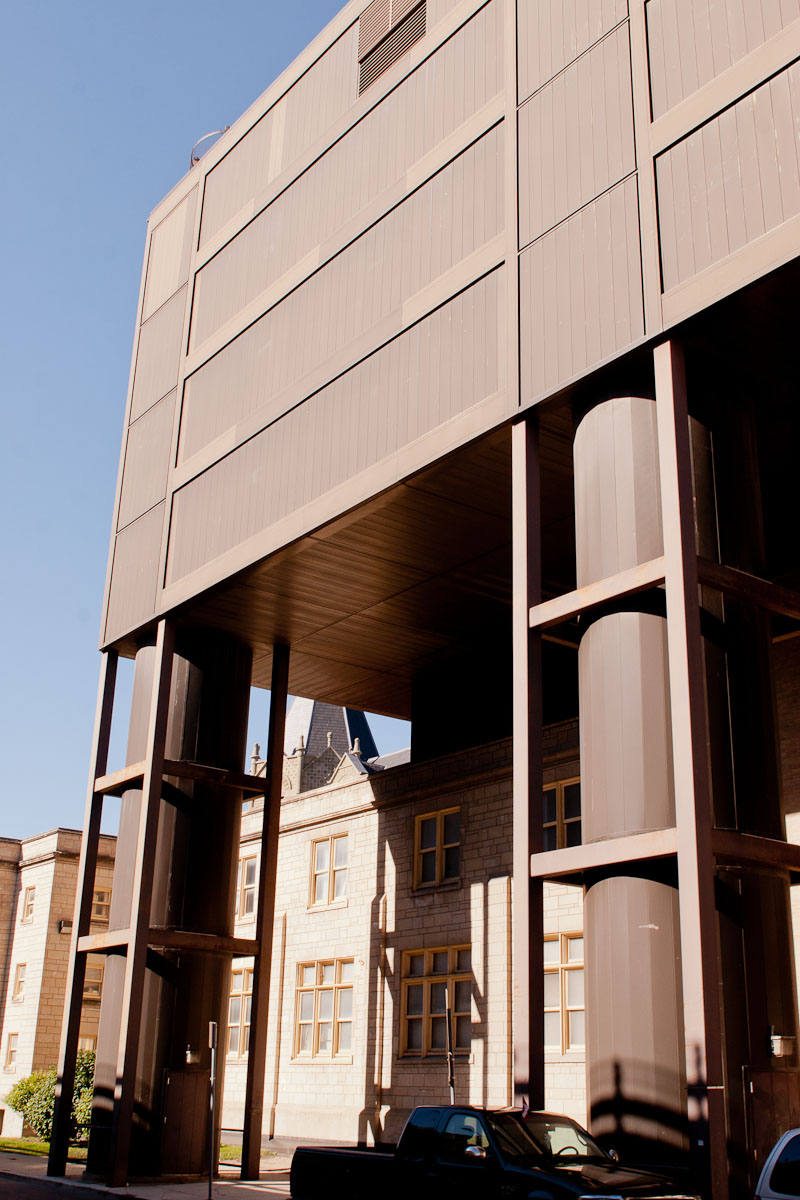 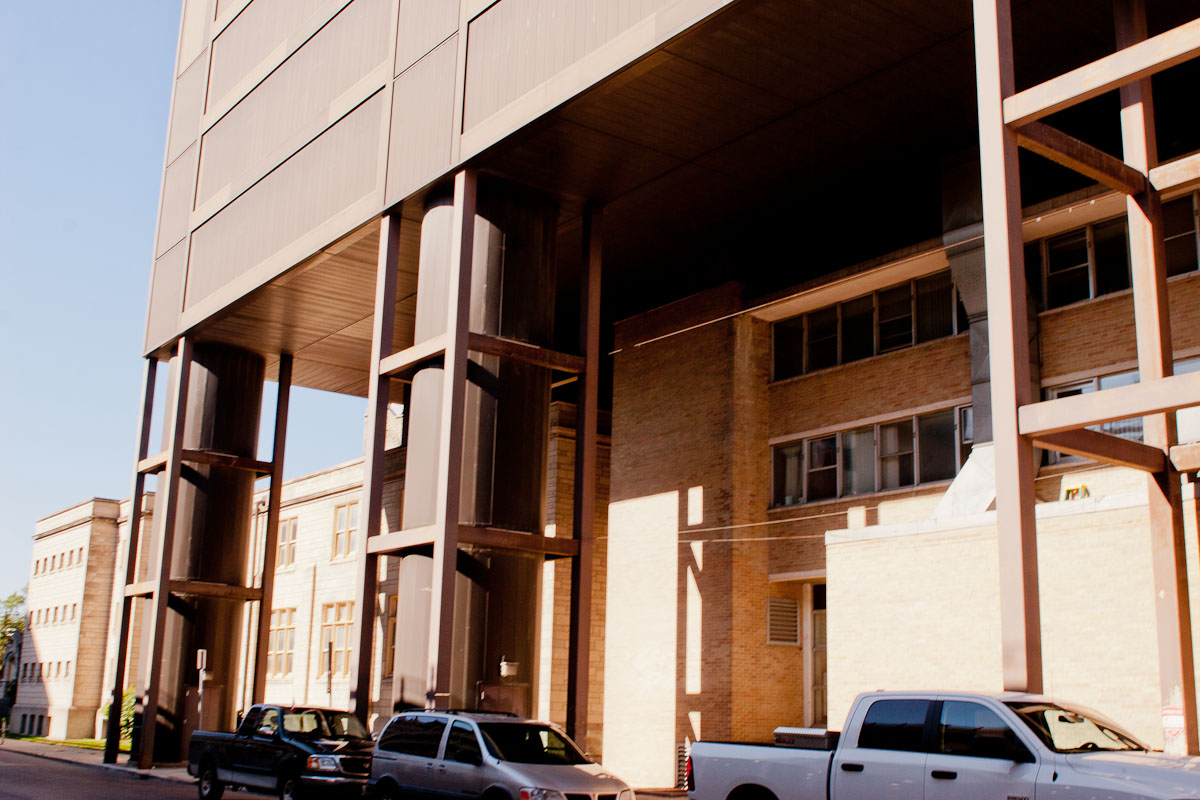 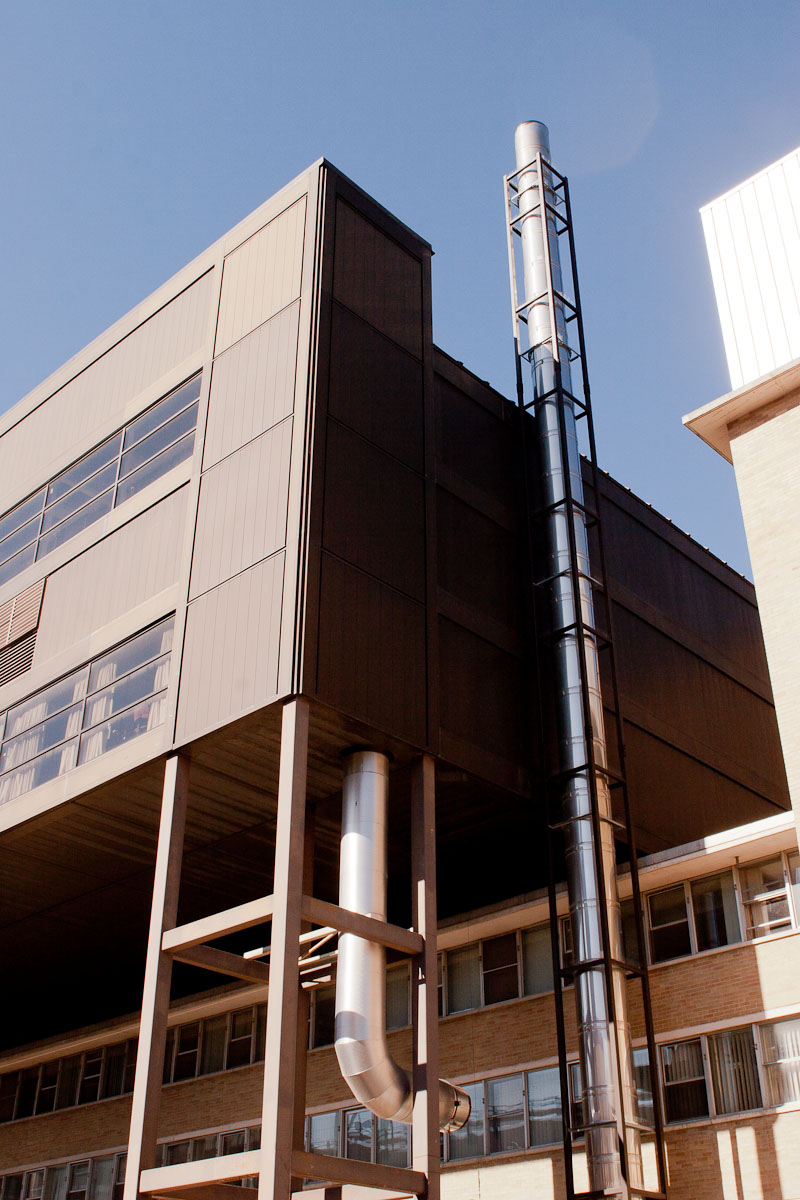 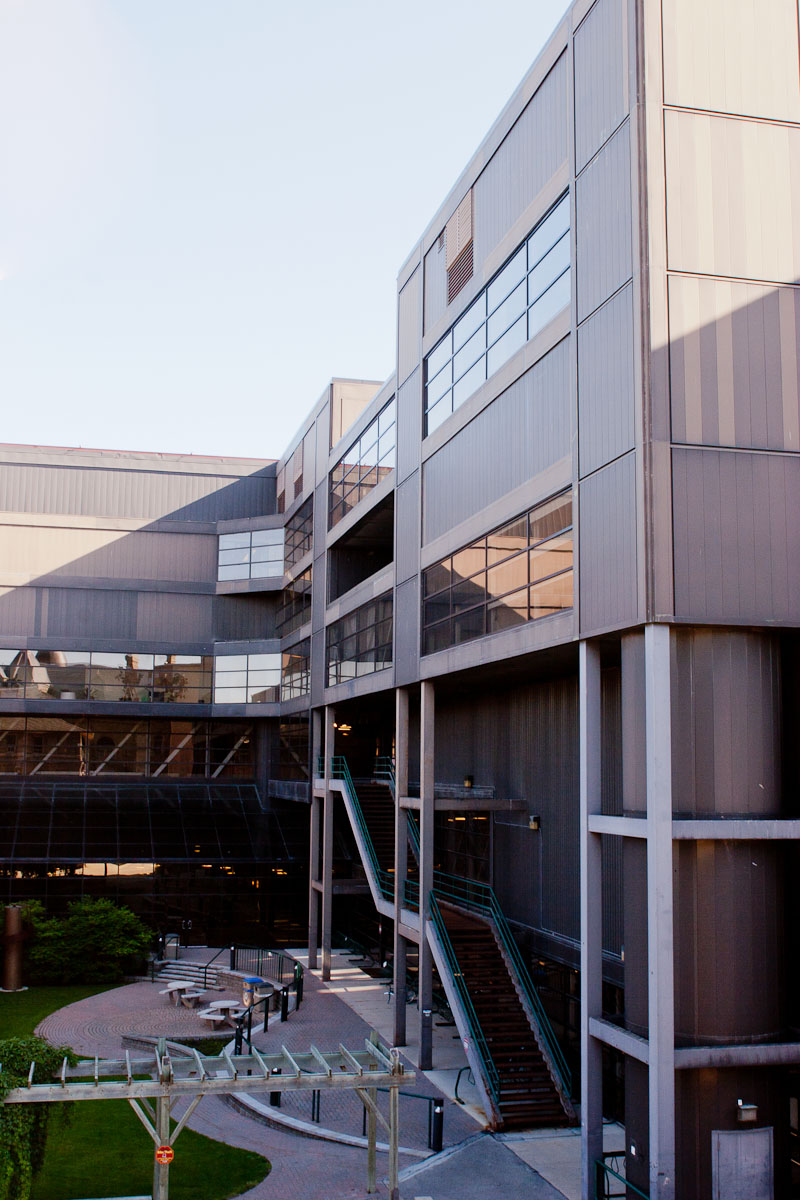 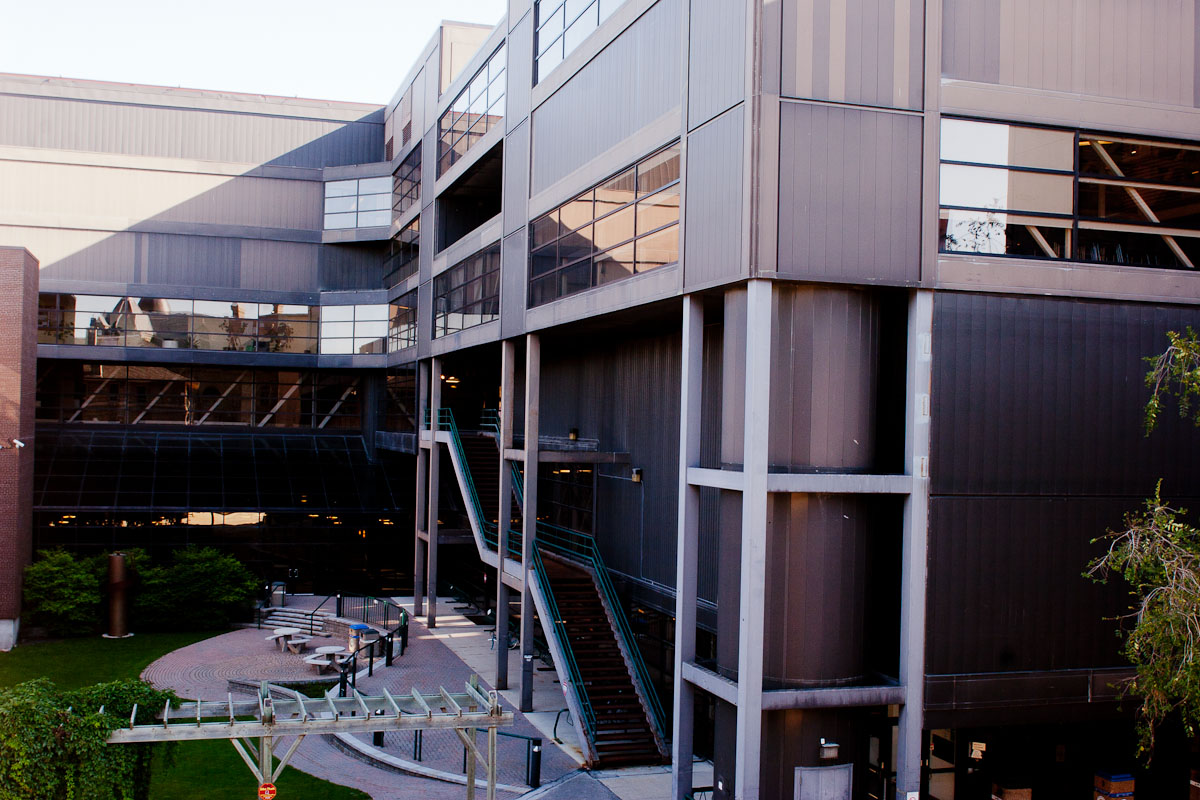 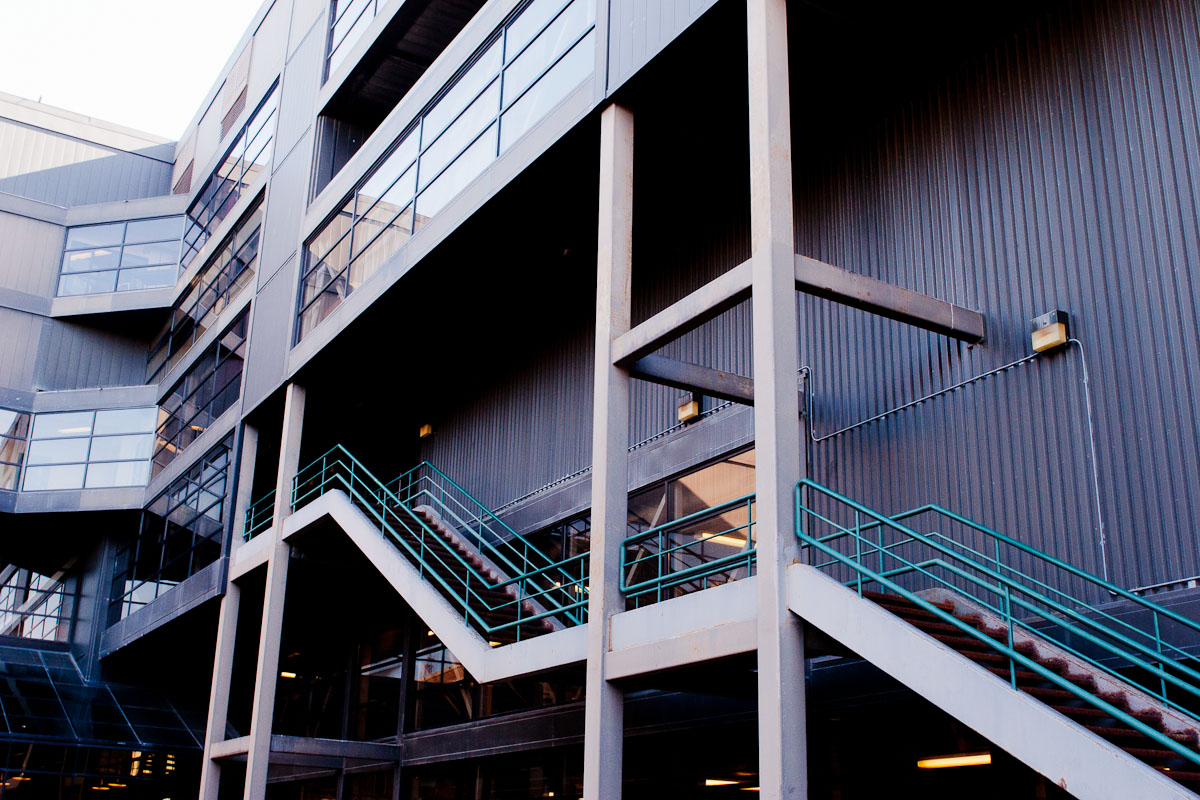 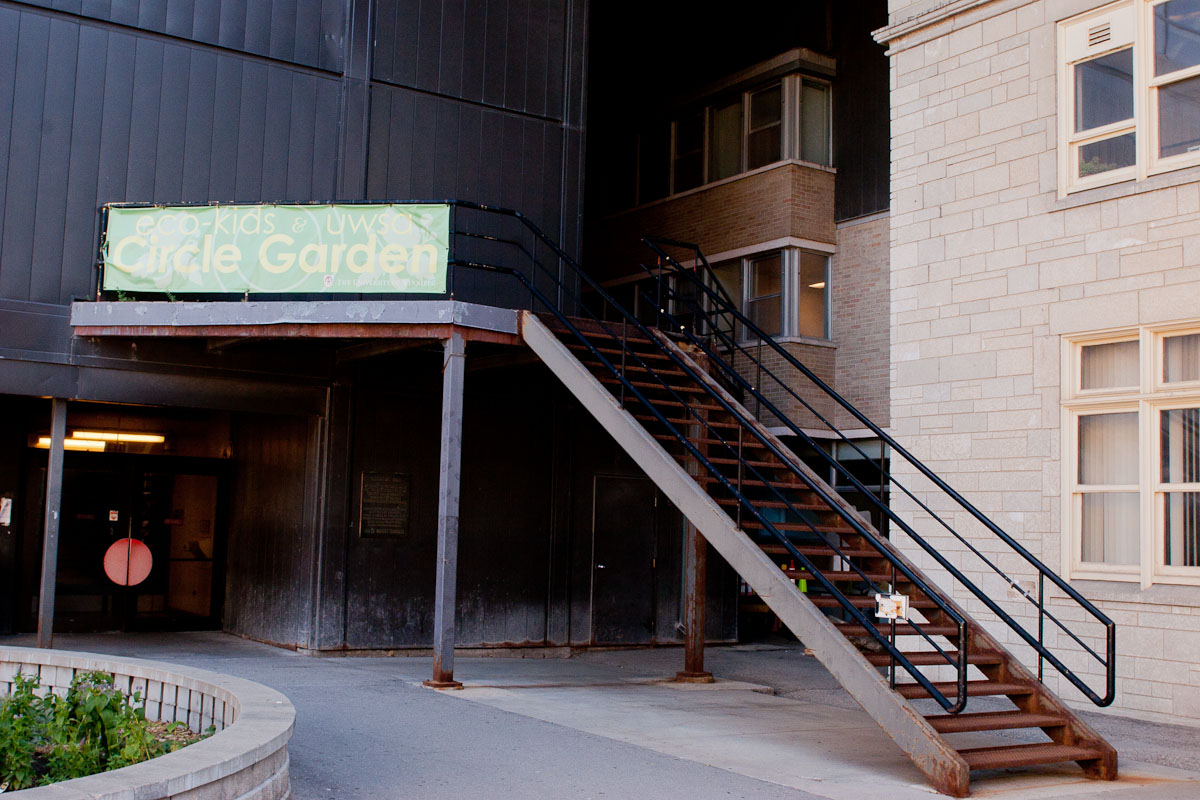 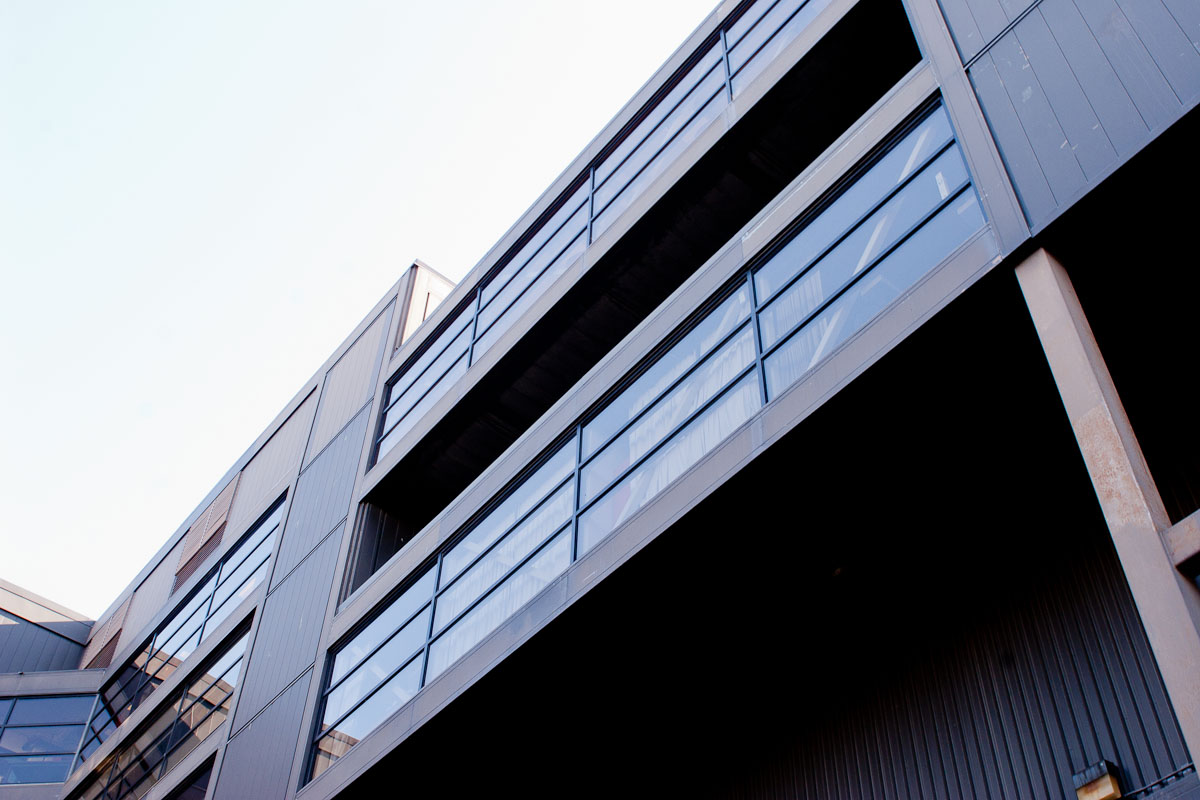 The University of Winnipeg’s Centennial Hall is considered to be one of the finer examples of late-Modernist architecture in Canada. Showcased on the cover of the March 1973 Progressive Architecture magazine, Centennial Hall received international praise after it opened in 1972. Lewis Morse, a young graduate from the University of Manitoba School of Architecture, was intrigued by the design challenges in the competition brief for the expansion. He proposed some preliminary sketches to Number Ten Architects for whom he was working at the time. Subsequently, in 1970, when Moody Moore Duncan Rattray, Peters, Searle and Christie won the contract for Centennial Hall, Morse took his innovative designs to them.

The structure anticipates the engineering and design principles later embodied in the well-known Centre George Pompidou in Paris, France (1971-1977), designed by the Italian architect Renzo Piano, the British architect Richard Rogers, and the Italian architect Gianfranco Franchini, assisted by Ove Arup & Partners. Morse worked briefly for Arup in London in 1968.

The architects designed the building both to overcome as well as to respect the limits and possibilities afforded by its urban environment. Created as a ground-scraper, the structure fills in the space between and above existing buildings on the campus. Centennial Hall features undesignated and flexible spaces, an exposed structural and mechanical system, and transparent facades, much like the Centre Pompidou. Key to many Modernist buildings is the concept of transparency, indicative in Centennial Hall’s extensive use of glass, much of which was lost through later alterations. This design was intended to consciously contrast with the formidable castellated stone exterior of Wesley Hall. The structure complemented President Henry Duckworth’s vision for the University as a non-hierarchical space of higher learning. In this sense, Centennial Hall reflects not only avant-garde architectural style of the period but also changes in educational policy and Canadian culture.

Interested in usability and economy of space, designers were concerned about pedestrian circulation in the new building. Ursula Ferguson designed visually-arresting super graphics to both direct traffic and to serve as decoration. These street signs connected Centennial Hall to President Duckworth’s vision of the city as a campus and vice versa.

In 1977, a new lecture hall and theatre were added to the structure, covering much of the glass facade in the open south-facing wall. This alteration has obscured the transparency of the original design.

In 2008, Rodney LaTourelle's site-specific public art installation Chronochroma 6 was opened on the third floor corridor, which connects Centennial Hall with the Duckworth Centre. The multicoloured trusses pay homage to the earlier super graphics of 1972.

Over the next 10 years, the building continued to be devalued physically, as well as in the minds of faculty and students: super graphics were painted over; paint colours were changed to white; the original Canadian-designed furniture fell into disrepair; and much of the open and flexible space was filled in by subsequent, not always sensitive renovations. Some upgrading has subsequently occured but there is a real challenge having the original design and materials respected.

Centennial Hall is nationally recognised as a building of great architectural importance but little recognition has been given to it locally. Dr. Serena Keshavjee, Associate Professor of Art History, University of Winnipeg has written extensively about the building. A suggestion has been made that the university create a Centennial Hall Advisory Committee to guide all renovations of the building.