Cynthia Coop (nee Bookbinder) was born in Winnipeg, Manitoba in January 1929. She attended St. John's Technical High School before enroling at the University of Manitoba to study sciences. Coop met some architecture students in her first year and her plans changed; she enroled in the Faculty of Architecture to study interior design. Coop graduated with a Bachelor of Interior Design in 1950 and received a University Gold Medal. There was no convocation for her class because 1950 was a year of disruption in the city caused by a major flood. Fifty years later, in 2000, Coop and former classmate Debby Lexier organised a formal convocation for the class.

After completing her education at the University of Manitoba, Coop moved to the United States to teach at the University of Minnesota. Her former Professor, Joan Harland, recommended her for the job. Coop taught at the American university for one academic year. When she returned to Winnipeg, she married architect Issie Coop.

Coop was a practising interior designer with an academic career. She was invited by Joan Harland first to do crits and later to be an instructor in the Department of Interior Design at the University of Manitoba. Coop taught design, graphic presentation and theory, and developed a lecture series on contemporary art, design and architecture. In 1989 Coop retired after twenty-eight years of teaching, having achieved the rank of Associate Professor. She participated fully in the cultural and extracurricular life of the faculty and was a dedicated volunteer in both the University and larger community. Coop was a founding member of the Urban Idea Centre of Winnipeg (a Faculty of Architecture initiative) and was on its executive from 1989 to 1995. She also served for six years as an elected Alumni Representative to the Board of Governors, with positions on the executive and numerous committees.

During her academic career Coop continued a professional practice, carrying out numerous large and diverse projects. She worked on several projects with Number Ten Architectural Group, including on the interiors for the New Provincial Law Courts at 408 York. Other projects Coop worked on included the design of the main floor interiors of the Lombard Commerce building, the interior of the Arts Lounge at the Fletcher Argue Building, and renovations at the Manitoba Cancer Treatment and Research Foundation at the Health Sciences Centre. She felt strongly that the partnership of practise and teaching fostered credibility and respect for educators.

When discussing her design philosophy, Coop wrote that “all designers (both students and graduates) make some commitment of their time and efforts towards social service and community projects.” She lived that philosophy, holding board positions with numerous cultural arts organisations including the Winnipeg Symphony Orchestra, the Manitoba Chamber Orchestra, the Winnipeg Art Gallery, and the Manitoba Arts Council. In support of her own profession, Coop served as Director of the Interior Designers of Canada Foundation and as Vice-President from 1998–2000.

Coop is a Fellow and Life Member of The Professional Interior Designers Institute of Manitoba. 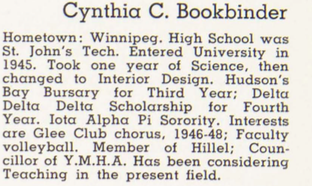 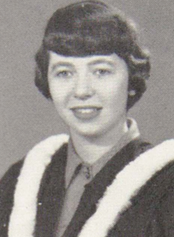 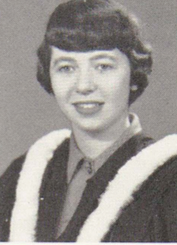